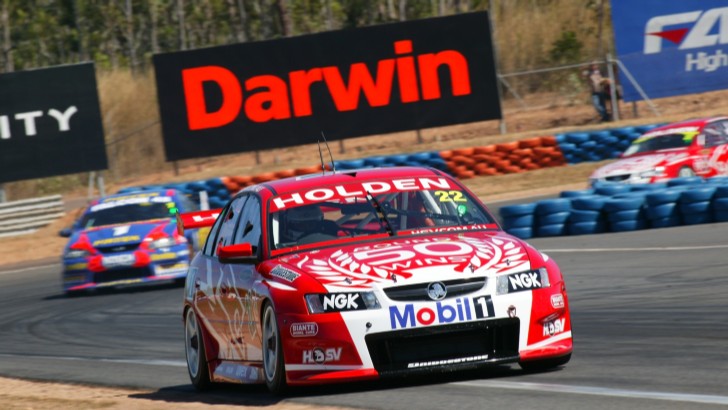 The Holden Racing Team has done plenty of winning at Hidden Valley in Darwin since V8 Supercars first started racing there back in 1998.

The factory Holden team in fact won the very first race there some 17 years ago (with a 1-2 finish with Craig Lowndes and Mark Skaife no less) and has gone on to win more races there than any other team - 14 in total.

Having claimed the overall round win in 2004, Todd Kelly made it back-to-back round wins the following season in Darwin in a special-liveried #22 HRT Commodore VZ.

Kelly's victory in the previous round in the category's inaugural trip to Shanghai in China had been the HRT's 50th championship round win, so both cars arrived in Darwin with special '50 Round Wins' bonnets in celebration of the feat. 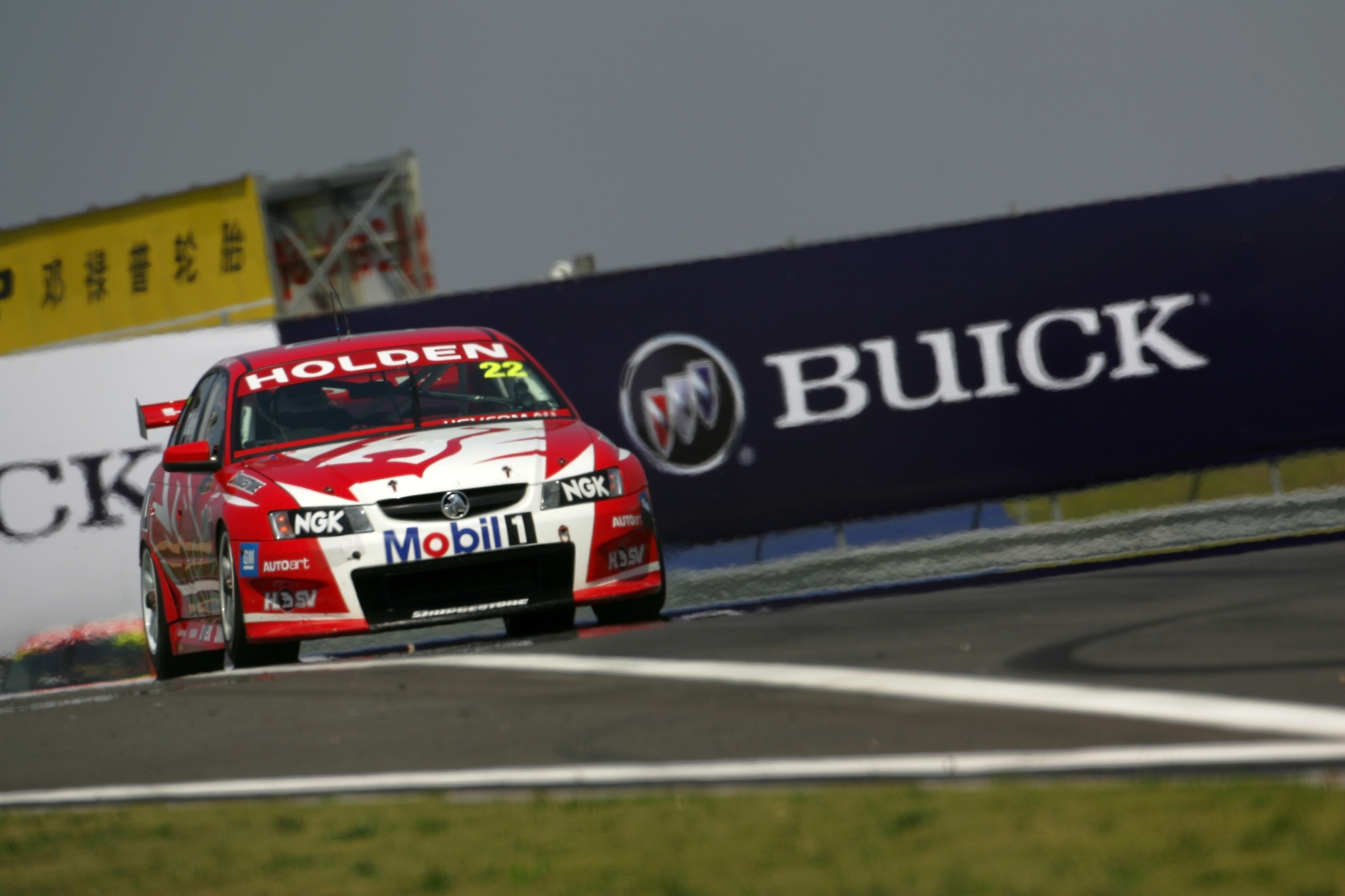 To put it simply, the Mildura-raised driver was on fire at Hidden Valley in 2005.

He qualified second in the Top 10 Shootout to teammate Mark Skaife and claimed victory in the first two races before finishing runner-up to Garth Tander's HSV Dealer Team 'sister' car in Race 3.

The strength of those results gave Kelly the round win over Tander with younger brother Rick third on points in the second HSVDT car.

Todd's Darwin-winning car actually still very much had the 'new car smell' when it was claiming trophies in China and Darwin given it was brand new at the start of the 2005 racing season.

Debuted by Kelly at the non-championship Albert Park Grand Prix event it was driven by Kelly throughout the '05 season in which he finished fourth in the pointscore - it remains his best finish in the V8 Supercars Championship.

Kelly co-drove with Mark Skaife at Sandown and Bathurst in Skaife's regular #2 car, leaving veteran Jim Richards to spearhead the assault in #22 with a young James Courtney as his partner. 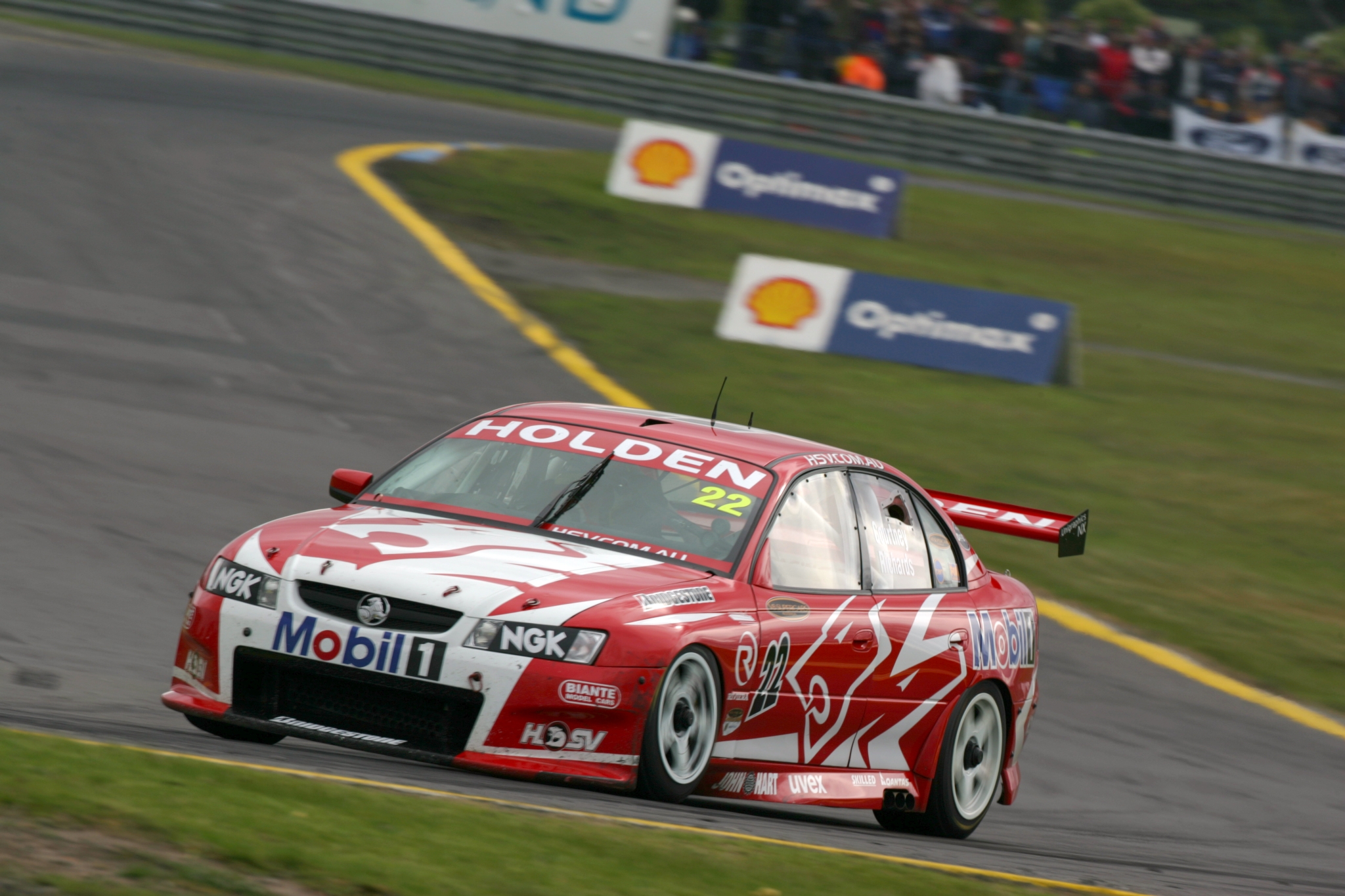 This proved to be the car in which Courtney made his V8 Supercars Championship debut at that year's Sandown 500 - and the same one he was driving when he crashed out in the opening stint at Bathurst.

This chassis - HRT 051 - was moved across to the sister Toll HSV Dealer Team during the off-season and became Garth Tander's #16 Toll car for the 2006 season.

He drove it all year (bar the endurance races where it was rested) and led the Championship at the mid-way point before the now-infamous driver swaps between HRT and HSVDT that were created in a bid to protect Tander and Rick Kelly' s Championship chances.

Tander won the Queensland Raceway round in style in HRT 051 and later in the year won at Symmons Plains in Tasmania, though dramas while driving for HRT with Skaife at Sandown and Bathurst had crushed his Championship chances and he finished fourth in the points. 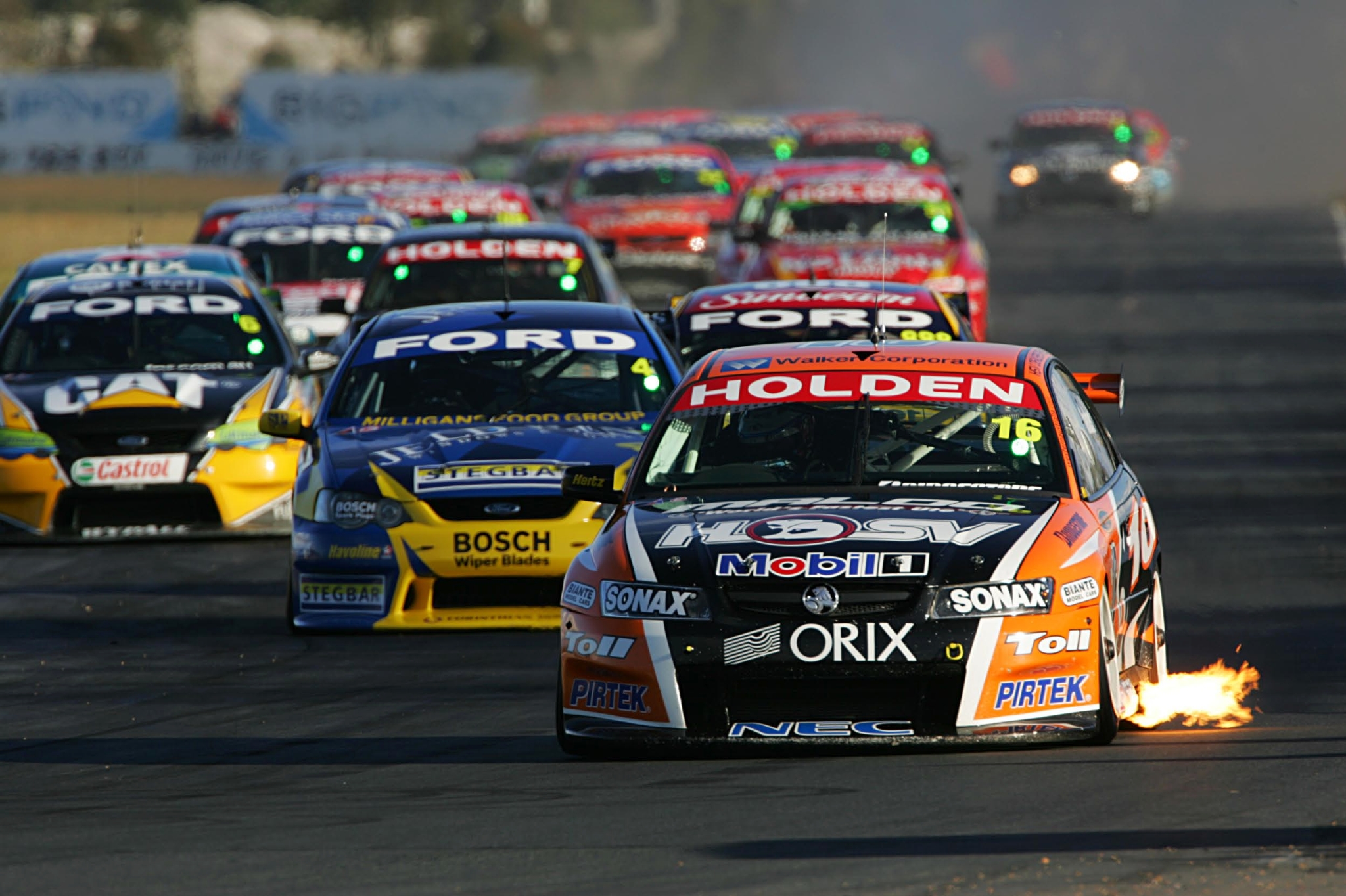 The introduction of the new VE Commodore for 2007 into the main V8 Supercars Championship meant there were plenty of good quality VZ models on the market that were snapped up by drivers in the Fujitsu Series (now Dunlop Series).

Former V8 Ute and Commodore Cup champion Marcus Zukanovic was one of them and he and his family-run Action Racing squad secured the '05 Darwin winner. 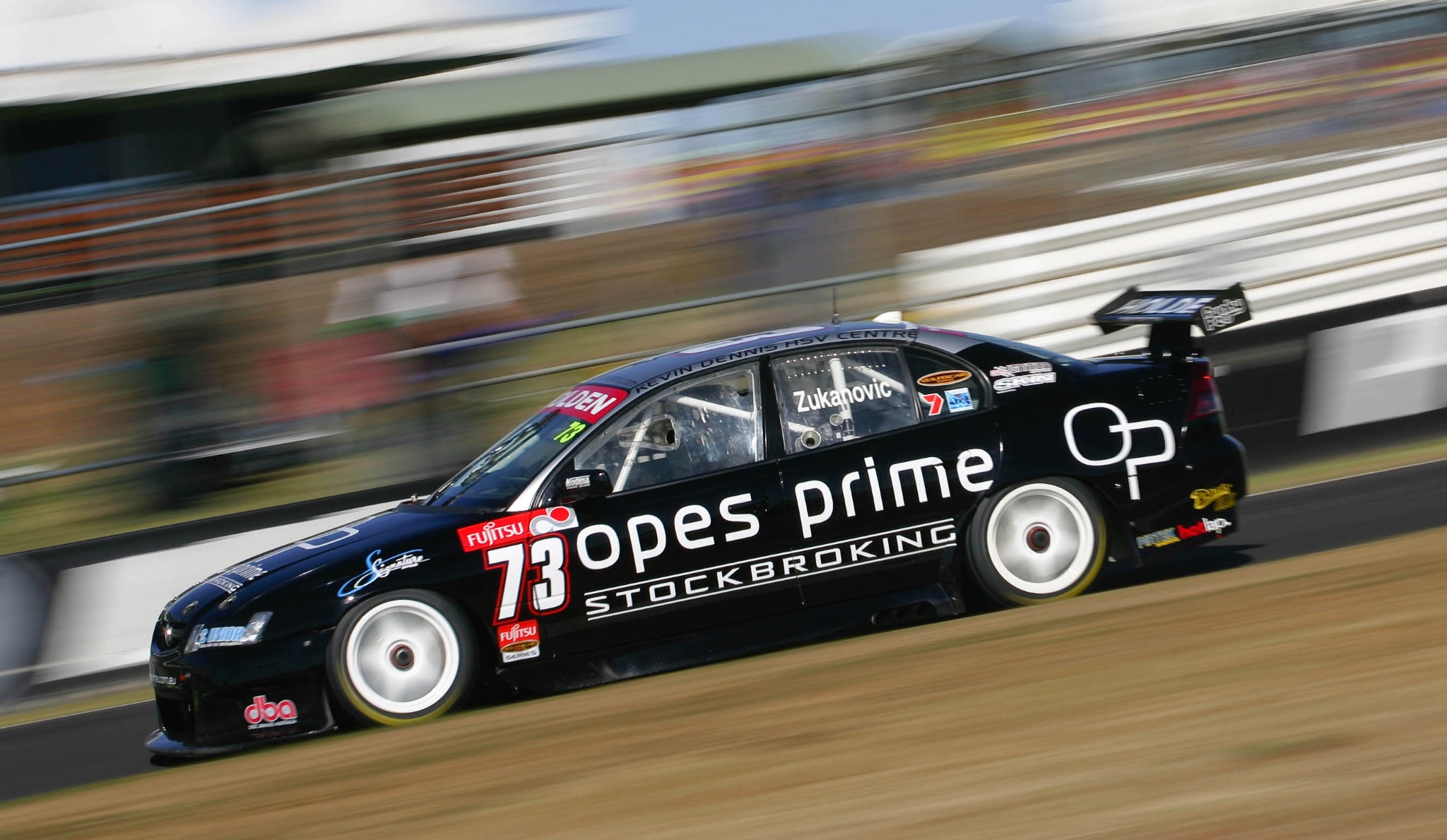 It was repainted black and raced by the Melbourne-based tow truck operator throughout the '07 and 2008 DVS series and he again intended to drive it in 2009.

However, brake failure while undertaking pre-season testing at Winton sent Zukanovic into the wall hard at turn 11 and he broke his leg, collarbone and rib and was sidelined from racing for the season.

The car was rebuilt and Zukanovic returned to racing in 2010 in the DVS with one major change under the bonnet - no longer did the car run a Walkinshaw Racing customer engine, instead in its place a Noonan Race Engines-supplied unit.

Action Racing retained the car over the next season and it didn't race in 2011 but it was back in late 2012 when the decision was made to put it back into the 2006 Tander/Toll livery and Zukanovic competed in the final round of the V8 Touring Car Series at Sandown.

It was purchased in late 2013 by Eggleston Motorsport and returned to compete in the V8 Touring Car Series at Phillip Island in September 2014 with Cameron McConville driving it to a round victory in a one-off appearance. 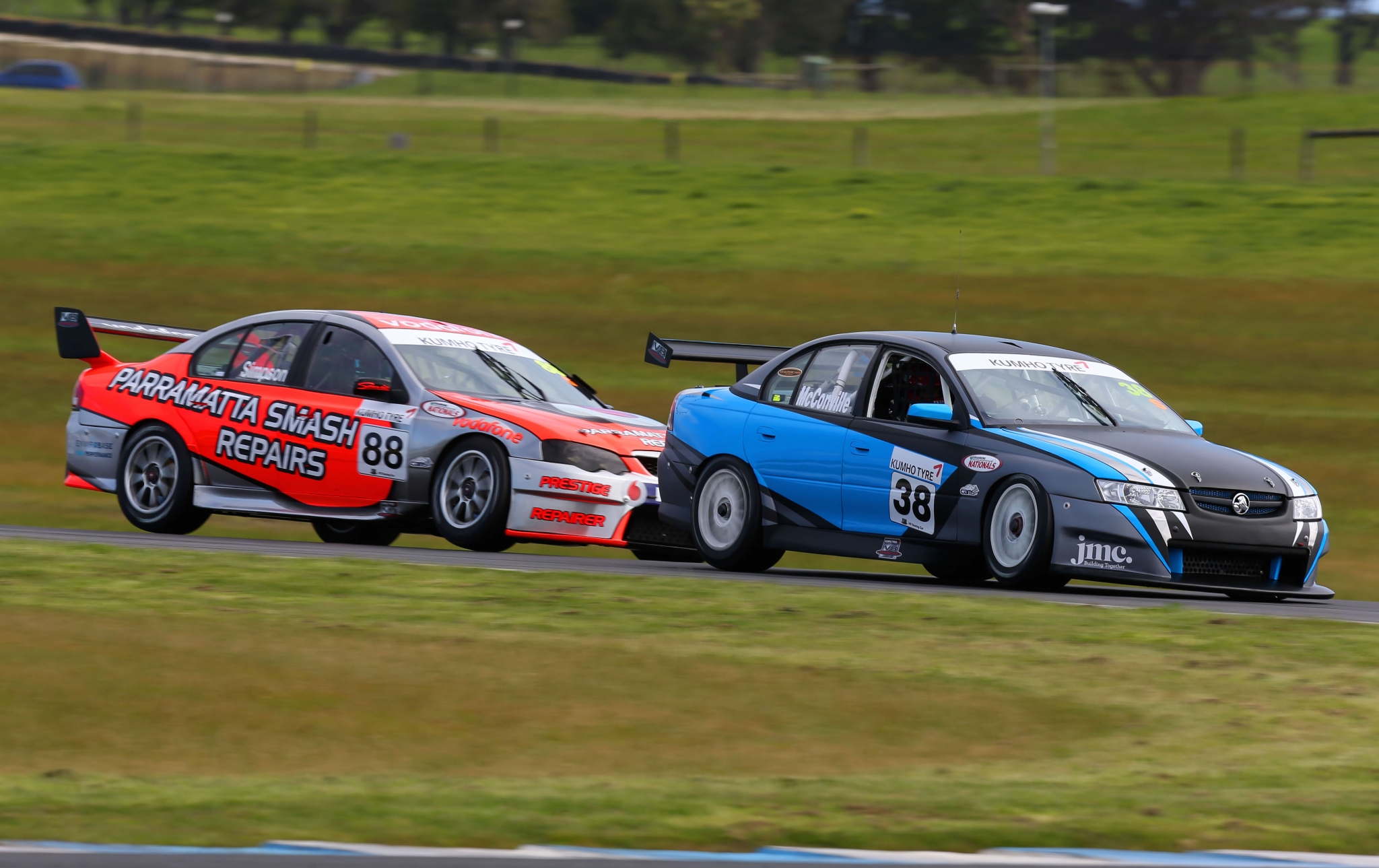 In doing so he also became the first man in V8 racing history to win rounds in the three tiers of competition - the V8 Supercars Championship, Dunlop Series and V8 Touring Cars Series.

The car is back on the track this season, again competing in the V8 Touring Car Series, but this time with young Formula Ford graduate Liam McAdam at the wheel with EMS preparing and running his entry.

In fact it will be competing this weekend in the latest round of the V8 Touring Car Series (for former Dunlop Series cars) at Winton.

It may be 10 years on from its victory in the hands of the factory Holden team in Darwin in 2005, but HRT 051 is still going strong and helping develop future V8 Supercars title aspirants - nice to see!

Saturday Sleuthing will take a break next weekend as the V8 Supercars take to Hidden Valley in Darwin for the SKYCITY Triple Crown, but will return on Saturday June 27.

You can getin touch with the V8 Sleuth via the following methods:

Buncombe returns to enduros with Kelly

Have fun out there!

Davison fires back at Courtney jibe