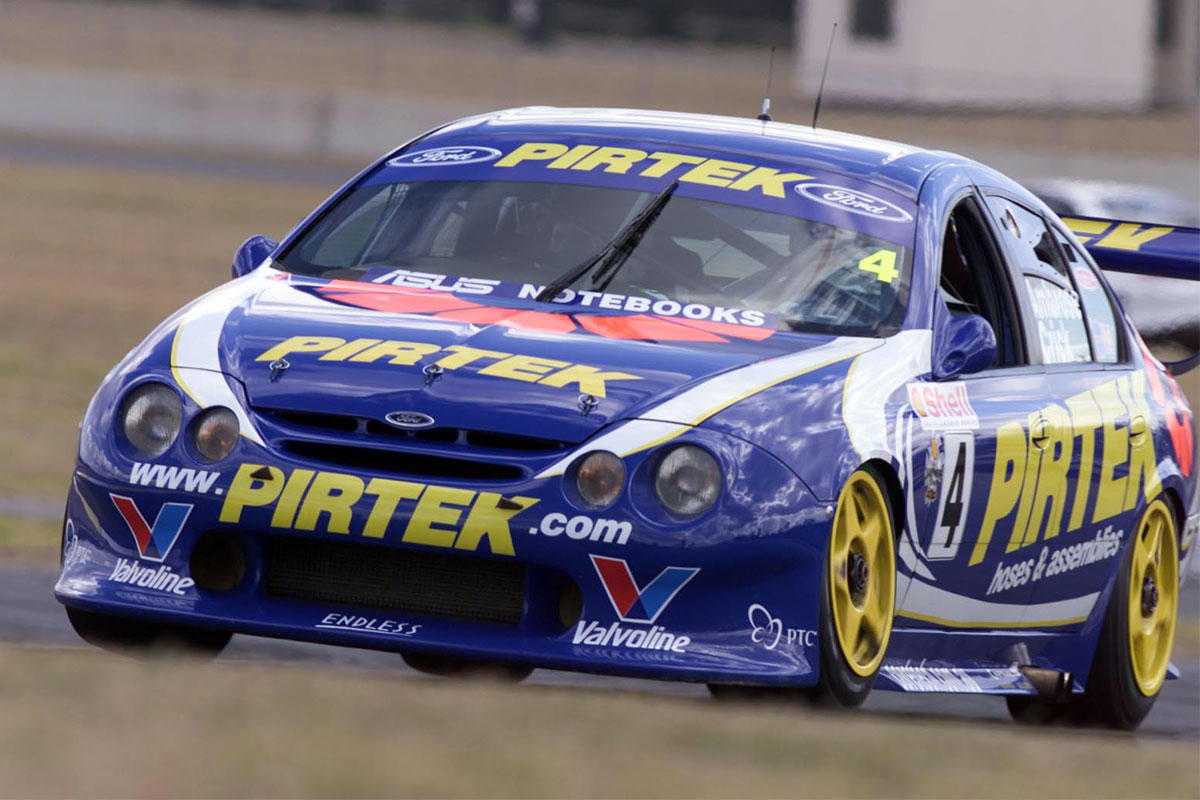 A two-time national champion across GT cars and Sports Sedans, and the inaugural winner of Targa Tasmania, Greg Crick was a strong privateer Supercars campaigner in the 1990s.

Despite being a regular presence on the grid throughout the decade Crick, campaigned a full season only once; in 1996.

He also notched up three top-10 finishes in the Bathurst 1000 and a top-three finish in the Super2 Series in 2002, and can count himself among those drivers to have qualified for a Supercars Top 10 Shootout.

Although he retired from the cockpit over lingering health effects from his drive in the 2014 Bathurst 12 Hour, Crick is still very much involved with motorsport as the Driving Standards Advisor for the Toyota 86 Racing Series. 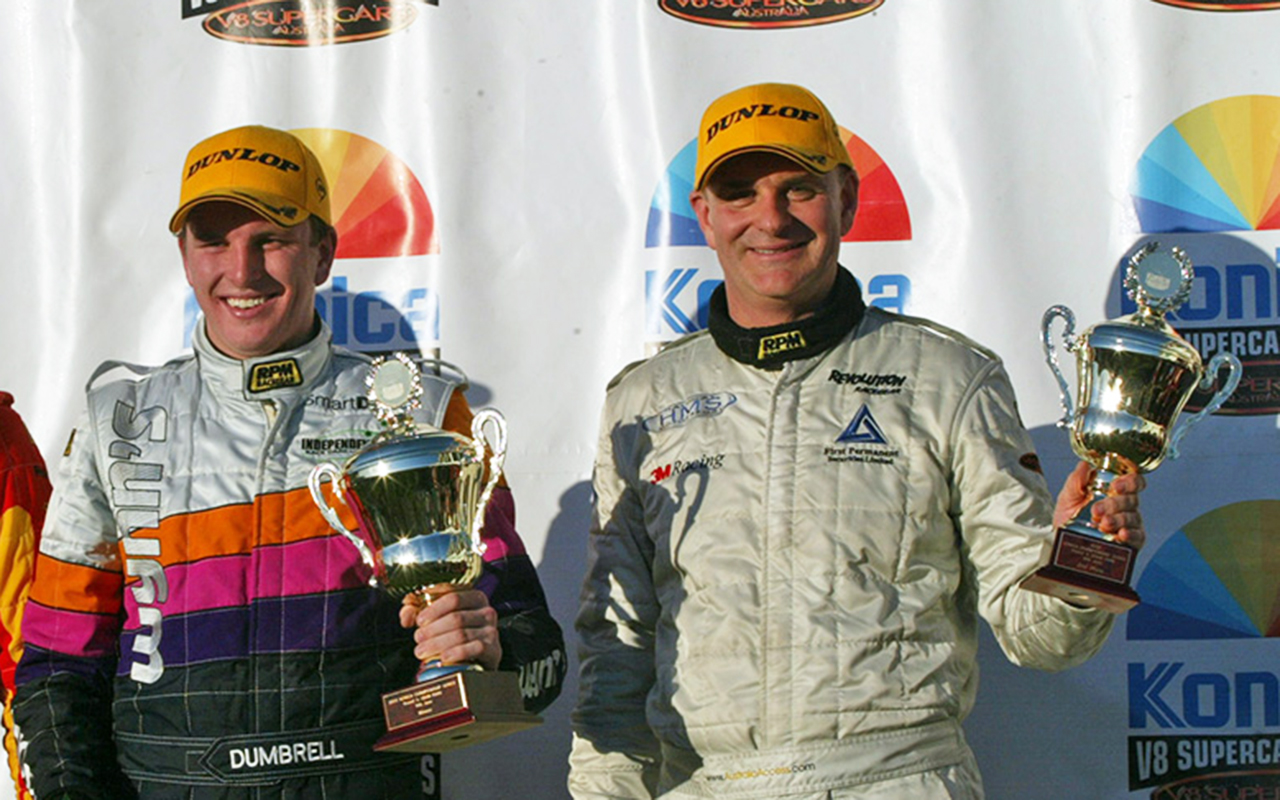 What does an average day look like for Greg Crick in 2019?

I’ve been renovating my house, doing sub-divisions. I keep myself busy, very busy.

I lived on the old Longford Grand Prix circuit. We used to sit in primary school and listen to practice going on, and we’d be on our bikes all ready to go up there as soon as we were out of school.

I became a mechanic simply because I wanted to race cars, and I wanted to be able to do a bit of work myself. I just had such a desire to race, I never ever wanted to do anything else.

I was 16 years old and had an XK Falcon road car that I’d done up, and I sold that and bought a race-prepared FJ Holden for $325 with all the gear on it!

That car’s still in Hobart today, I drove it a couple of years ago at Baskerville Historics – still in one piece and still operational. 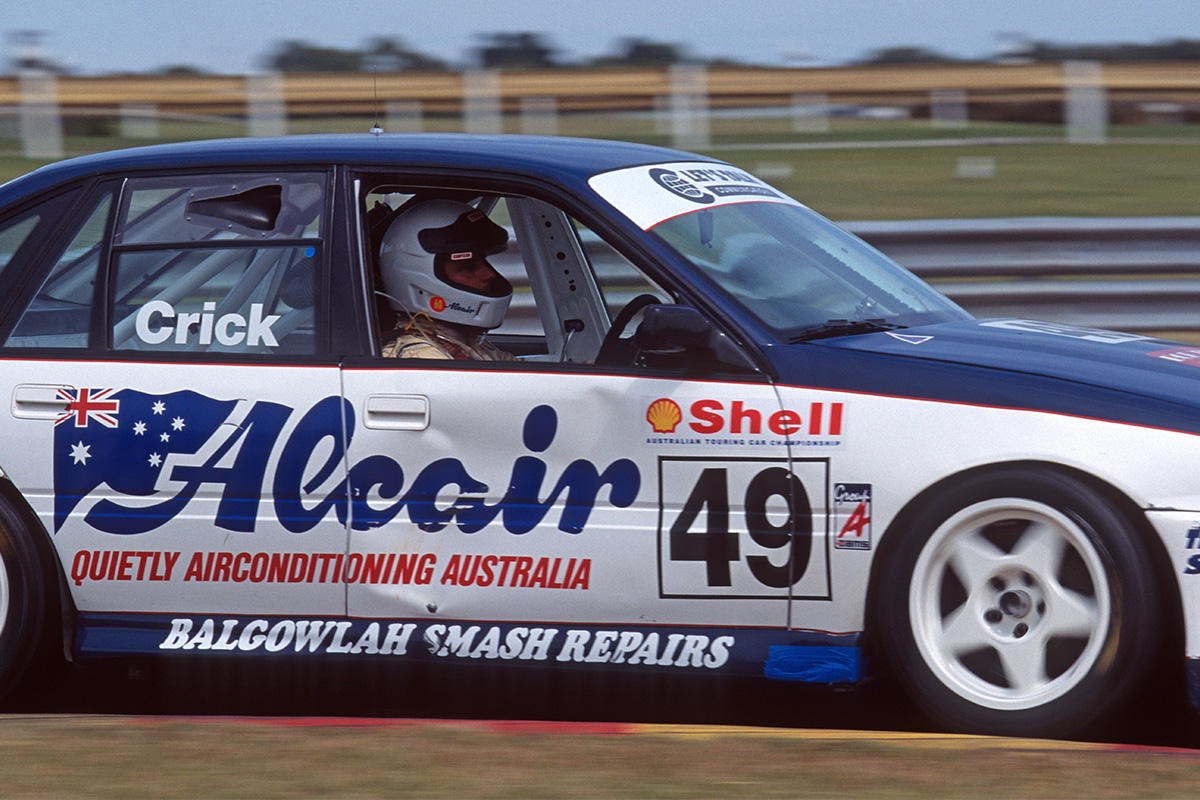 You’re probably best remembered by Supercars fans for driving the Alcair Airconditioning car, as one of the privateers taking the fight to the big teams. It seemed like a time when the smaller teams could pick up a few good results.

They were great times. You had enthusiasts like John Alcorn, who was just fantastic to me, and a few other people, David Attard as well.

John loved motor racing, owned the car, and sponsored himself with his own company. We had a great time through those years, it was very enjoyable.

But it was also frustrating. If you weren’t on the right tyres… I remember one year at Bathurst, Dunlop had some trouble with their front tyres falling apart, so they didn’t want to give them to the privateers.

Mort (Graeme Brown) from Bridgestone gave me tyres, which were two or three years out of date – I just could not believe how good they were!

I’d driven for John (Alcorn) for a couple of years, and then he said to me: ‘Wendy and I don’t want to do this again, but’ – and this is what a fantastic couple they were – ‘if you can raise the money, you can take the car and run it next year.’

I got Ericsson/Trust Bank money for 1998 and we had enough to do the year. 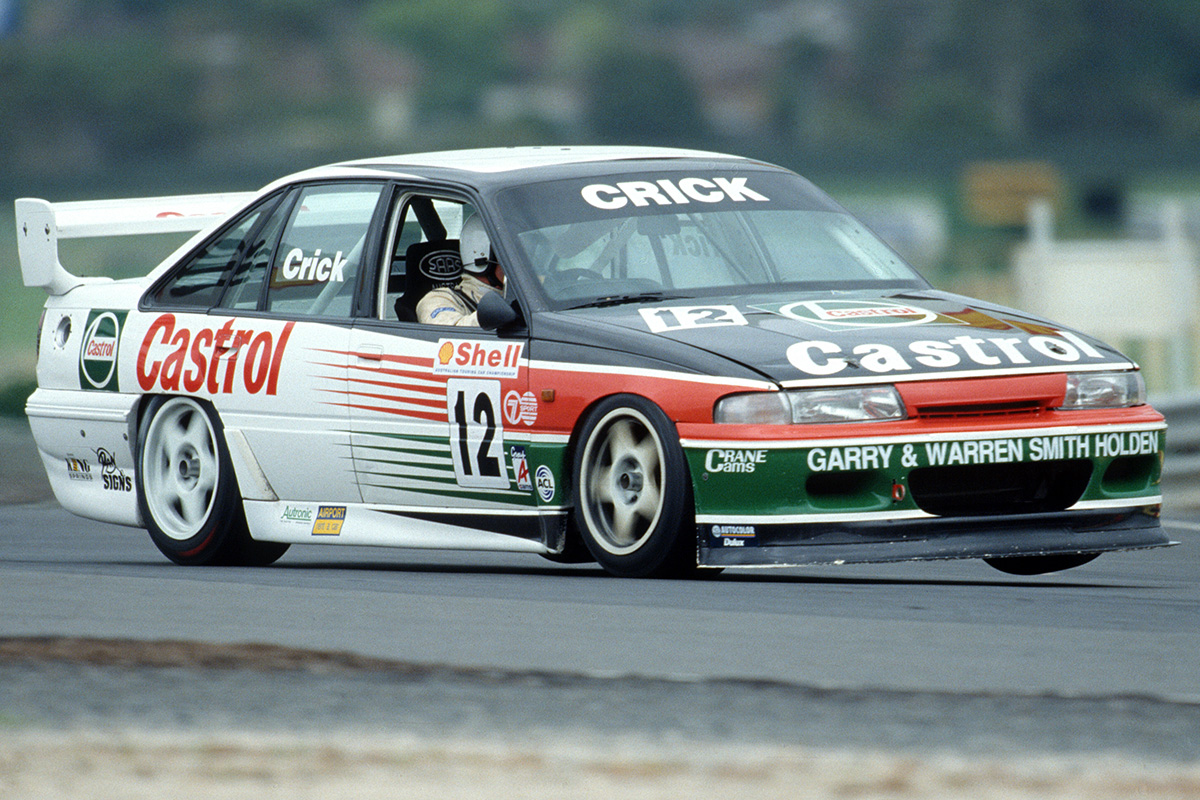 That was a fantastic car [the Paul Weel Racing AU Falcon], probably the best Supercar I’ve ever driven.

That car was built under Kees Weel’s house up in the Currumbin Valley! I did all the testing in it but didn’t do any other racing for those couple of years.

The first year [1999] at Bathurst we finished eighth.

The second year, the car was super-fast. I was fastest in the damp practice session before qualifying. We just had a great package; it was a Mark McLaughlin engine and Phil Curtis built the car.

They decided to put Paul into the car for qualifying. I think it was a bit of a lost opportunity for a Top 10 Shootout run, which I never got at Bathurst.

I did a top 10 run at the Queensland 500 that year because I qualified eighth [provisionally] but in a privateer car you’d usually be 12th to 15th in qualifying.

Unfortunately the [Queensland] race didn’t go that well. We finished 14th; we ran a strategy where we stopped under every Safety Car and kept coming back through the field.

I went up the inside of one of the DJR cars going into Hell Corner and he squeezed me up onto the kerb and I spun, but because it was so wet it took me about two laps to get out of there. 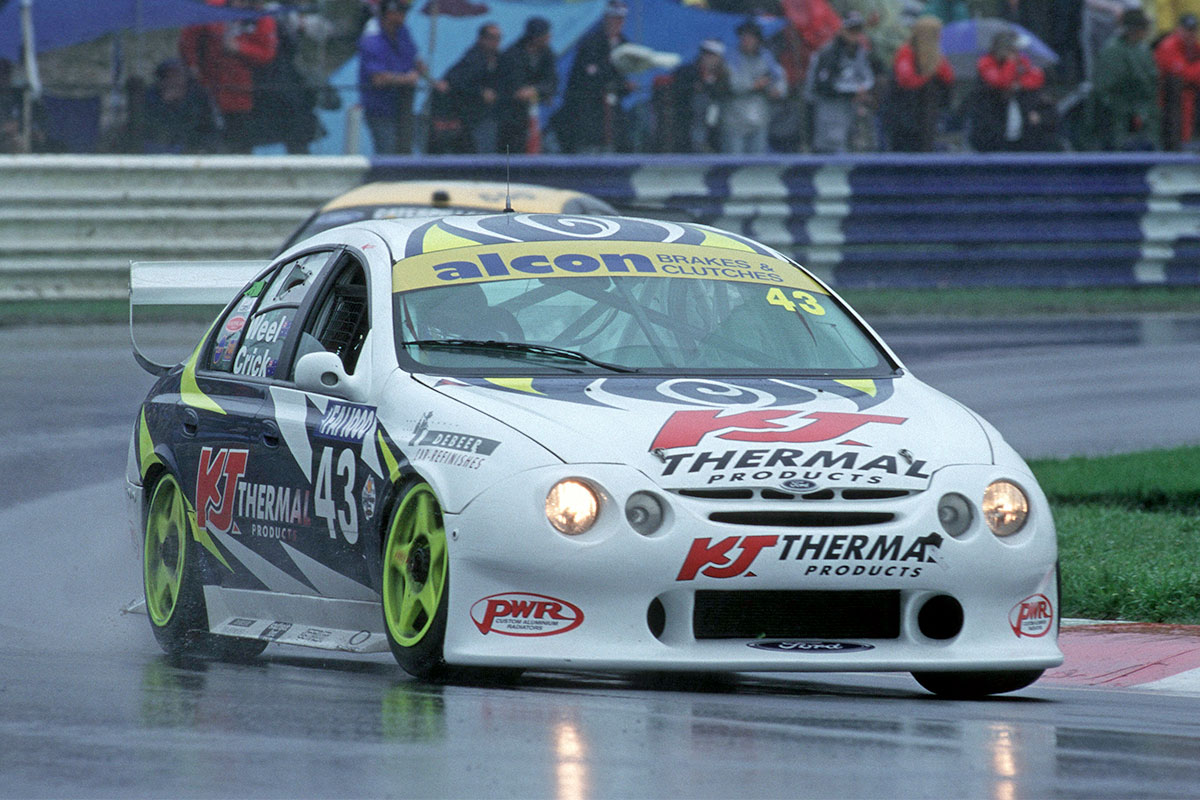 For 2001 you partnered Marcos Ambrose for his debut endurance races at Stone Brothers Racing. How did that come together?

They asked me to drive because of how I’d done in the Weel car the year before, but I simply could not drive the car how Marcos drives it.

He drove the car a completely different style to me, where he has all front-end grip and very little rear grip.

He drove the car – like everyone does now – where you ‘v’ the corner; I was old school, trying to drive traditional lines, but the car had no rear grip.

I just struggled with it and never, ever learnt to drive it. I think I was too old and too ingrained in driving classic racing lines and that sort of thing to convert.

At the time I don’t think I knew what the problem was. I couldn’t work it out, why I couldn’t drive the car when I’d been so fast in Weel’s the year before.

But I hardly drove the car when I went to test sessions.

Dick Johnson had rung me up and asked me to drive for him again that year [having earlier done so in 1992], but I’d already signed with Stone Brothers so I couldn’t.

I remember going to test sessions; I’d be walking around in my shorts and Dick would say to me ‘what are you doing? Have you done any laps yet?’ I’d say no, and he’d say ‘my blokes have done 50 each!’ 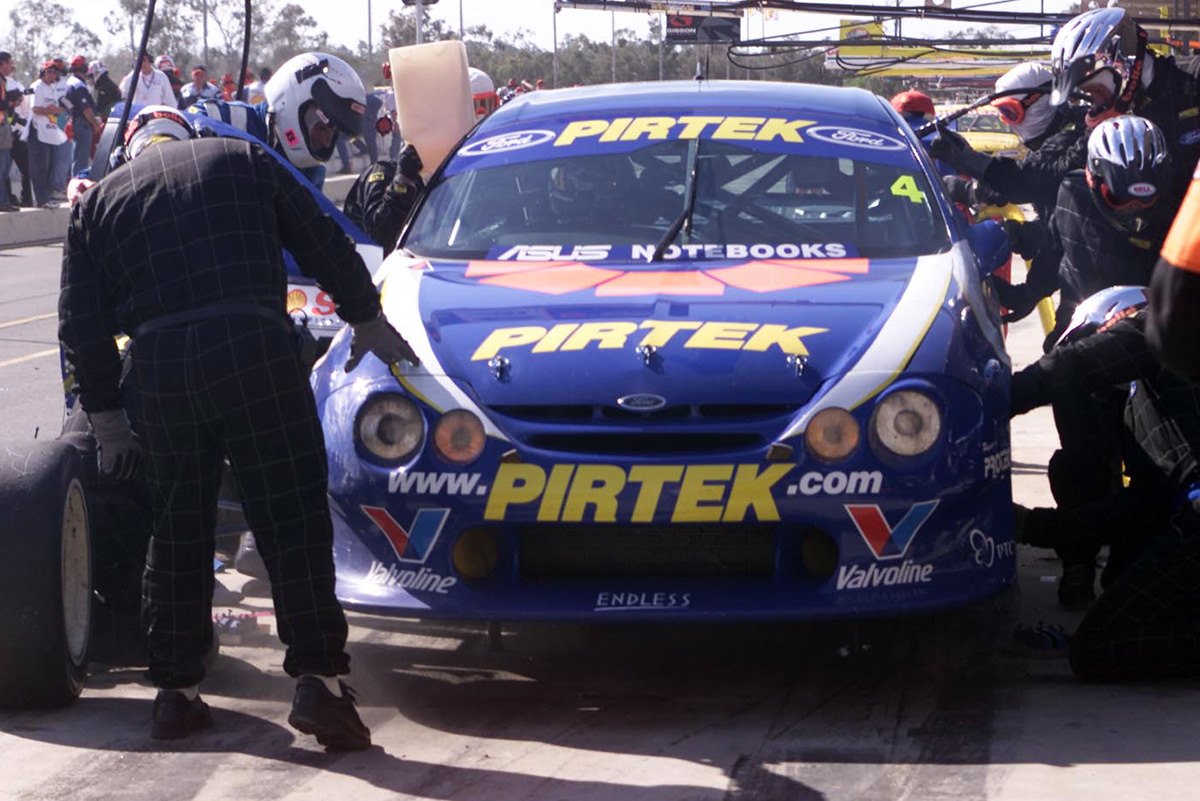 Was it your call to step aside before Bathurst?

I’d made up my mind during the Queensland 500 that I wouldn’t do another one, and I think they were quite happy to get rid of me. It was just one of those things where it didn’t work.

It’s a pity, but Marcos and I are friends to this day. He’s built a simulator which is just sensational, it’s got all the movements, it slides, it yaws, it does everything.

I love driving the AMG GT3 Benzes and can be doing really good times in it, but when I go back I can’t drive it because he’s changed the setup to how he likes the car!

To this day, I still can’t drive it like he does! 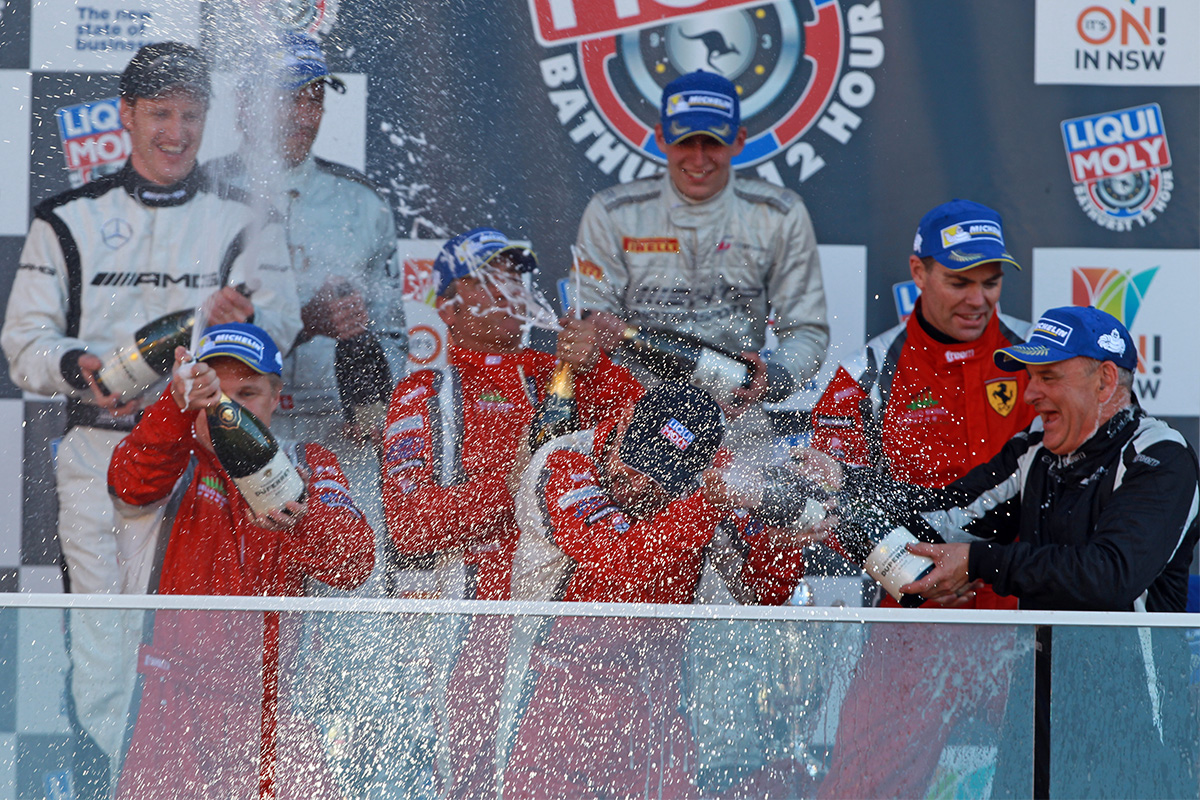 You retired from front-line racing a few years ago in the wake of suffering carbon monoxide poisoning in the 12 Hour. How’s your health now?

I’m the best I’ve been for five years. It wasn’t just carbon monoxide poisoning, that was just part of it.

I had moderate carbon monoxide poisoning, but the most damage was done to me by hyperthermia – I was internally cooked.

It was a 39-degree day ambient and I was in the car for a double stint with no water and no cool suit.

I was having such a good time racing against Mika Salo’s Ferrari that I don’t think I even thought about it. I was just high on adrenalin and kept on going.

We finished third and had led the race. Even after the race I thought I was OK. A couple of days later I got very sick, and I ended up in and out of hospital for about three months.

I’ve got damage that is probably permanent, but I got better than [the doctors] ever thought I would, so I’m pretty pleased about that. 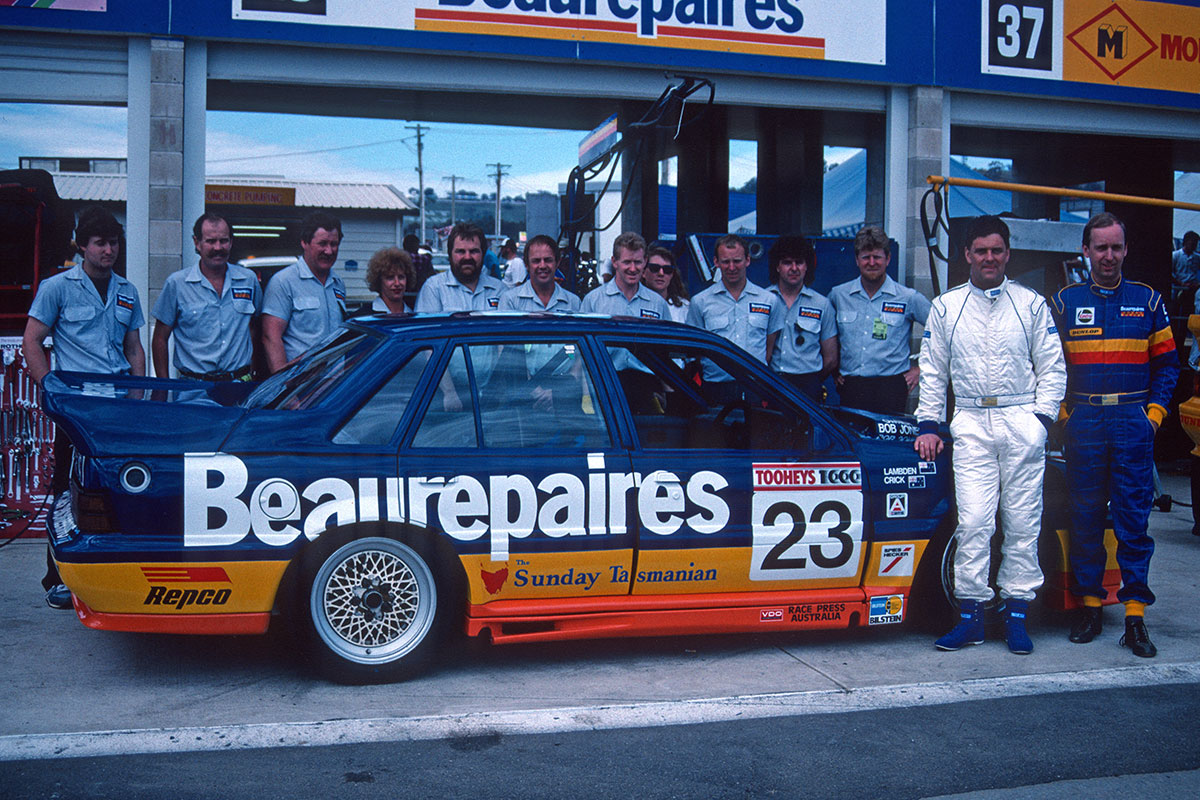 What was your favourite moment or memory from your Supercars career?

We had some good results over the years, especially in those early ‘90s years. I’ve got pretty good memories.

I had my first drive in the Bathurst 1000 with Chris Lambden in 1989 in the Beaurepaires Commodore, and the next year I drove with him in a Nissan Skyline and we finished ninth.

Then in 1993, I drove the Ampol Max3 Commodore with Bob Jones and we finished second in the Sandown 500 and seventh at Bathurst.

But for satisfaction, I think that lap I did at Bathurst in the session before qualifying in 2000, in Weel’s car.

I remember there was an article in the Herald Sun where they said ‘Unknown Tasmanian fastest in Bathurst practice’ – that was a bit of a thrill!