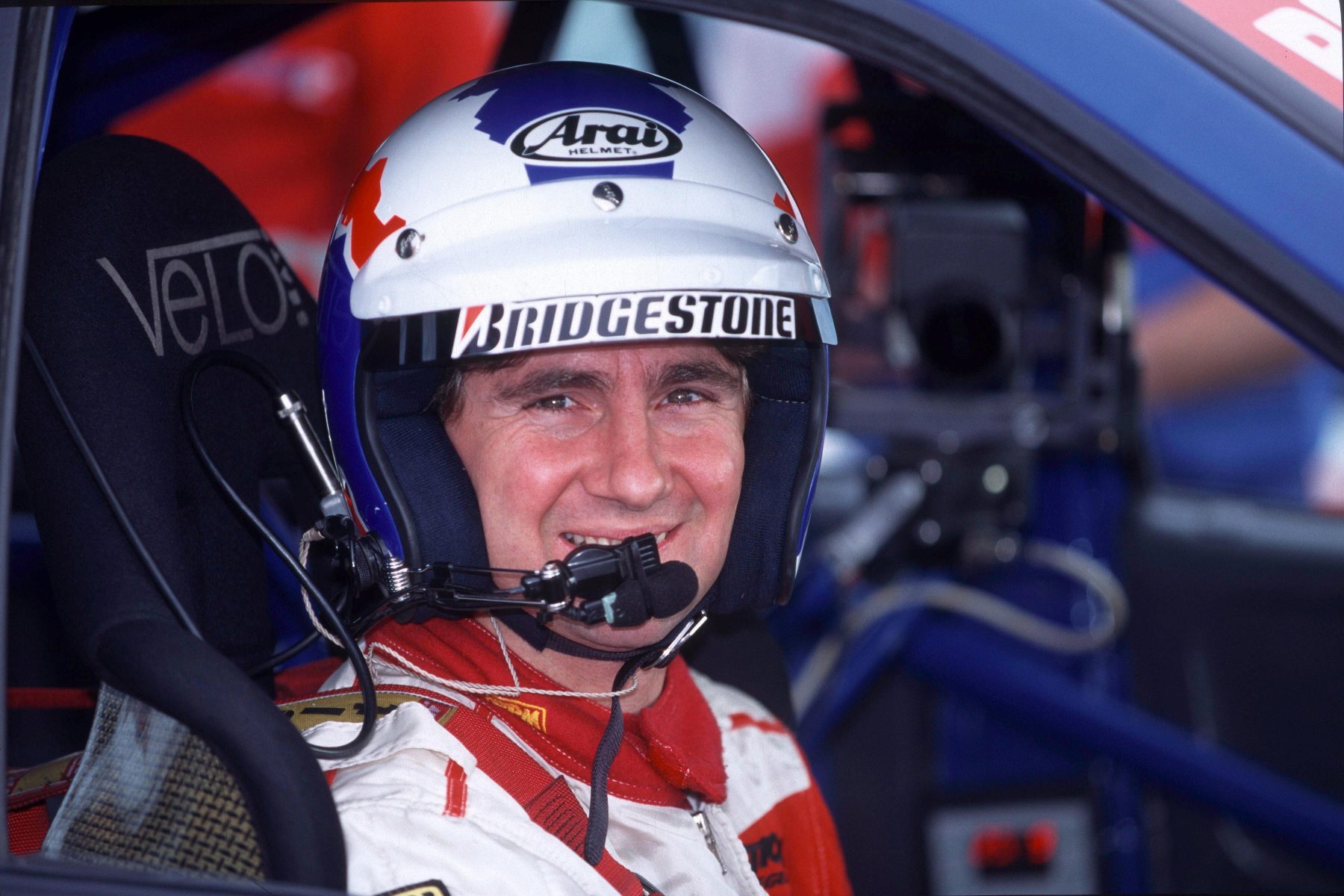 Glenn Seton needs little introduction to motorsport fans across the country, but what is he up to these days?

In today’s edition of Saturday Sleuthing, we sat down with ‘Seto’ to talk about the past and present.

What happens in the world of Glenn Seton these days?

I also help out people with their cars. There’s lots of people out there who build race cars and love driving them but, technically, don’t know much about making them go faster or make them easier to drive.

That is the key factor – if you can make the car easier to drive, it gives them the confidence to go faster.

So it’s a bit different from being team owner come car engineer and driver. Life has changed, but I’m still doing the same sort of stuff.

I’m also doing a lot of motor racing with my son (Aaron). He is coming through the ranks, he is 20 now and he works at DJR Team Penske, which is a good grounding for him, being involved in one of the top teams and seeing how they operate.

Aaron has been at DJR Team Penske since 2017, but for those who don’t know, what is his role at the team?

He is workshop-based, working on the cars. He still wants to be a race car driver, and the Supercars teams are restricted with the amount of people they can take away with them for each race meeting.

That’s why he is workshop-based because he still wants to achieve his dream of being a race car driver and when there are weekends where his racing clashes with Supercars events, that’s no good for anyone.

You are also a driving judge at the moment with the Aussie Driver Search. That role is about sitting in the passenger seat and getting the most out of mainly amateur, first-time drivers who are seeking greater heights in motorsport. 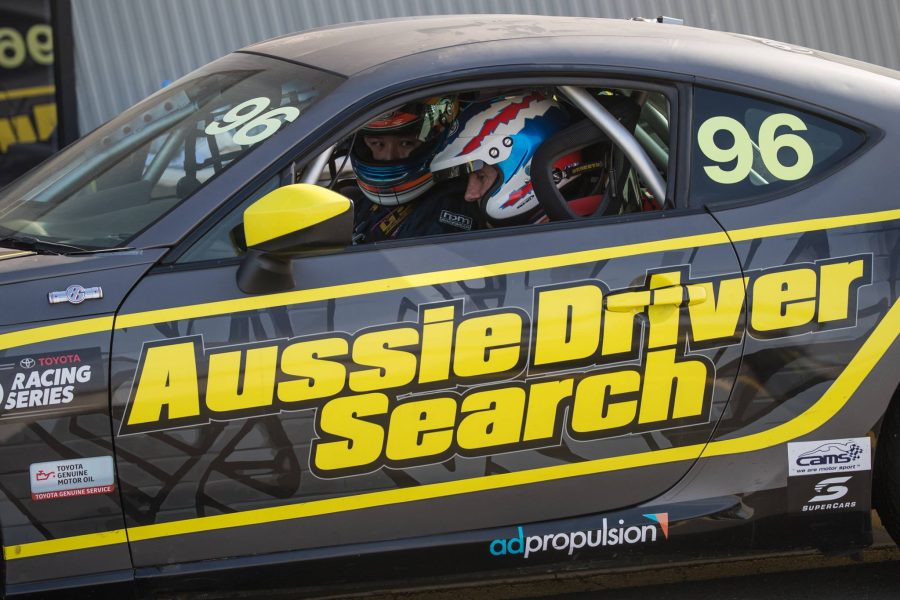 To be honest, I’ve never been a great passenger, but it’s a role that I’ve really enjoyed being in. It has been really good.

There’s been some really fast kids come through that I’ve seen that have a lot of talent. And the beauty of the program is that I can give them some guidance while we’re driving around. Sometimes, it’s the one percenters that make the difference and I really enjoying doing that.

I can be in the passenger seat and, straight away, you can tell that some of the drivers aren’t a natural. But by the end of the 10 minutes, they’ve come forward in leaps and bounds, just from sitting in the passenger seat, telling them where to brake, when to let the car flow, pointing out the race line etc.

When you get back to the pit lane and see the smile on their face, it is quite a reward.

When I retired from my driving, I was involved with Tony D’Alberto when he was in the development series and I did a bit of work with Chaz Mostert in his early days too.

This sort of stuff is really attractive to me – passing on my experience as a professional in the sport. There is still value in driver coaching and there’s a lot of good stuff that can be gained.

We’re heading into The Great Race at Bathurst, an exciting time of year for anyone who loves motorsport. Let’s wind the clock back to your debut in the race – 1983 driving a Ford Capri as co-driver to your father Bo. On reflection, how special was that to race alongside your father?

My dad raced cars from the 1960s and retired in 1984, basically just as I started my professional career.

To be around the pits with him in the 60s and 70s following him, and being at Bathurst, and then having my own dream of being a race car driver come to light alongside him, in a family car, I look back on it with the fondest of memories.

I feel like that grounded me and set me on my motorsport path all in that weekend. It was very special.

We still have that Capri too. It was my first car and the last car that Dad raced. It was also the car that Mark Skaife got his license in!

1987 was really the year that you lept into prominence as a future star. You challenged Jim Richards for the Australian Touring Car Championship and later finished second at Bathurst. When you think about that season now, what are your feelings? 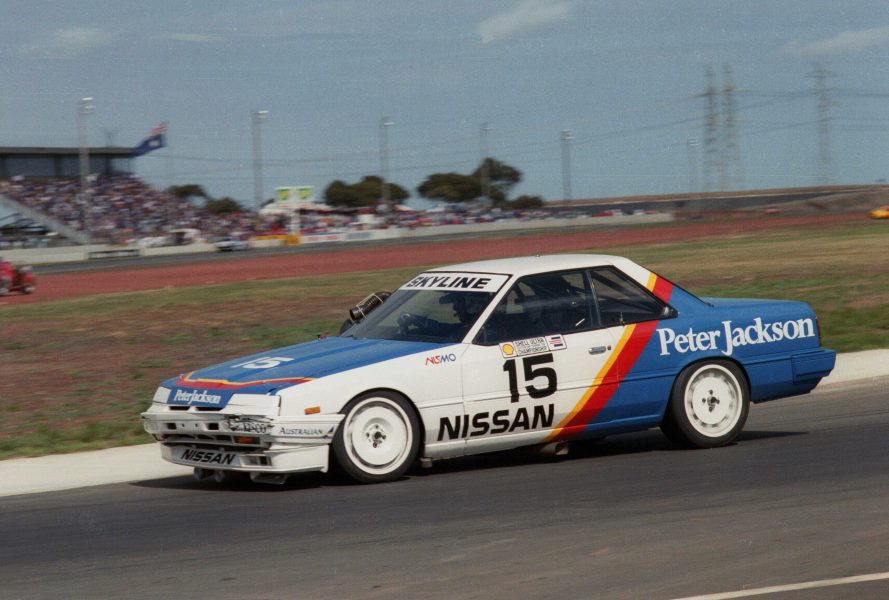 When I think about that season, I think about the first round at Calder. I won the round. I turned up there with no thoughts of winning the round and then to go on and challenge for the championship … It was definitely the turning point from being a young kid wanting to go racing to being a professional.

I’d built up steadily towards that season. I was working inside the team, working on the engines with my Dad and being a test/development driver during 1985 and 1986. I got a few rounds in 1986, but 1987 was the opportunity to have my own car and do a whole championship.

It was very rewarding and I can’t thank anyone more than Fred Gibson for giving me the opportunity.

He was the one who had a dream of bringing young guys through and, between him and Frank Gardner; they were the only people giving young guys real opportunities. It was a changing of the guard.

Not long after that, you set up your own team, fielding Ford Sierras. Was team ownership something that you also had aspired to do? 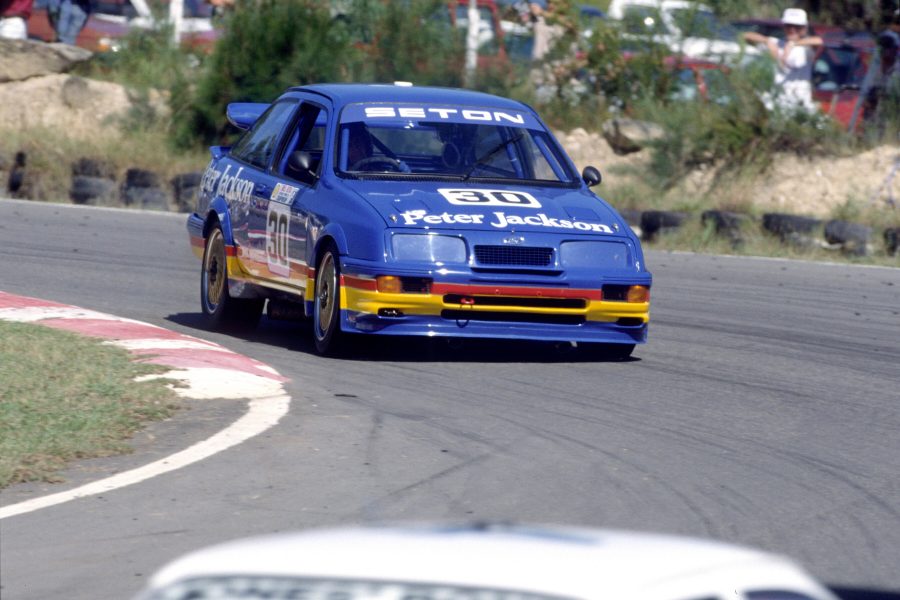 Peter Jackson was sponsoring the Nissan team and Nissan no longer wanted to be associated with cigarettes. Ken Potter was the marketing manager at Philip Morris and looked after the motorsport budget, he approached my Dad and myself about setting up our own race team.

We looked at it as a way of controlling our own future, but not only that, Dad’s whole career had always been about doing his own race cars. So it fitted into the mould for him as well.

It was terribly tough for the first couple of years because in that first year (1989), we built them (the cars) ourselves. We didn’t have enough money like Brock’s team did to buy them from Europe. We didn’t have that luxury of short-cutting the development curve, so we ended up building our own engines, chassis, everything.

What made it even tougher was that we lost our first car in the fiery crash at Lakeside. Andrew Miedecke and John Lusty came together under the bridge and Miedecke’s car bounced back across the track and I was the next one through.

It wrote our car off so, being the start of the season and with limited funds, it was not the thing that we needed.

That took a bit to get on top of, but by the middle of 1990, we started to get on top of all of the niggling problems that the Sierras had, which in most cases was blowing up engines. They were such a vulnerable car.

But we came out and won the endurance championship that year and that, at the time, felt like a real turning point. The only problem was the GT-R had just arrived and made everything else obsolete!

When the Group A era was coming to an end, you were the first to have a Ford Falcon V8 onto the grid, debuting at the Sandown 500 in 1992 and running competitively in the Bathurst 1000 against the likes of the Sierras, GT-Rs and BMWs. 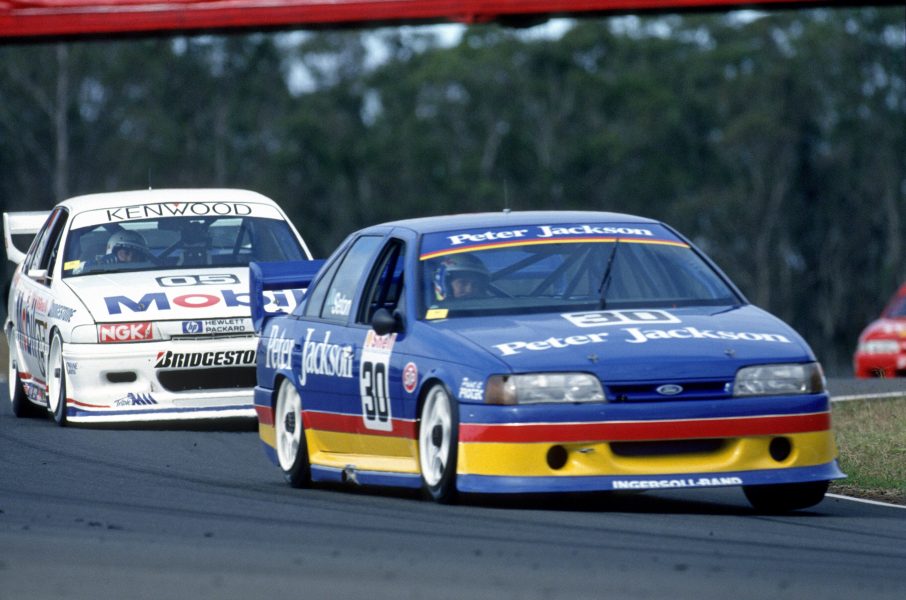 We spent most of 1992 developing the car behind the scenes. We had a mechanical at Sandown when we dropped a tail shaft and at Bathurst we dropped a crankshaft. We’d had it lightened locally but it wasn’t strong enough. Simple as that.

I remember going there with the wings; it was such a pleasure to drive, compared to the Sierra. The excitement of having the first test day at Phillip Island. We had both cars there and to be able to hop into the Falcon, which felt a lot better than the Sierra, it put a huge smile on my face.

While there was no great result in the 1992 endurance races, it set you up perfectly for the 1993 touring car title which you dominated …

It was a really good decision to risk the 1992 endurance races with an unproven car because it set us up for 1993. We came out of the box with unbelievably competitive cars, finishing one-two in the championship (Alan Jones was second).

The start of the Supercar era in 1993, that was the turning point for my team. We established ourselves as a team that could go out and win championships.

1993 was your first, but you’ve said in the past that your second title in 1997 was the most satisfying … 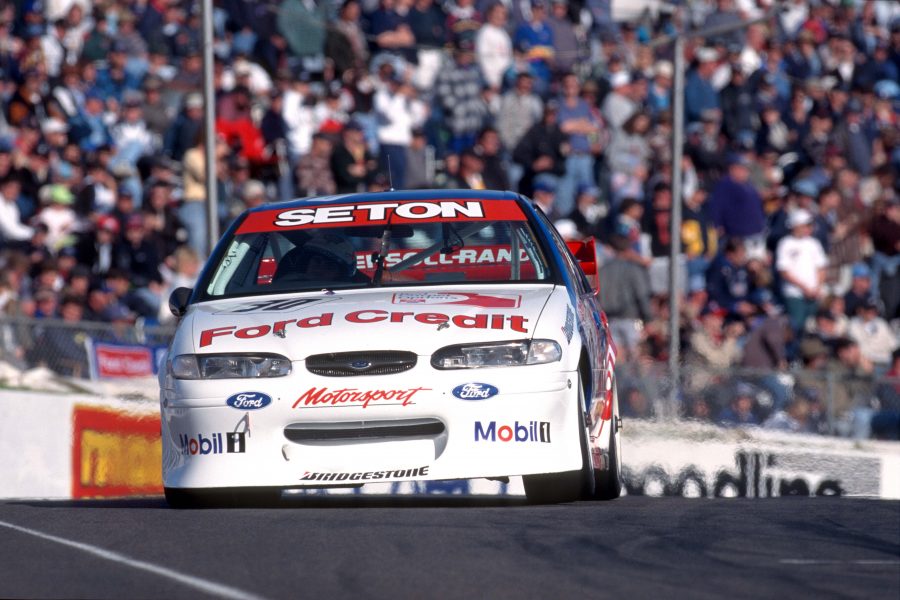 Yes, and the reason for that was that up to 1995 with Peter Jackson support, we were running two cars with an OK budget. It wasn’t like the Winfield/Gibson budget, but it was enough to do the job.

When the cigarette ban came in 1995, we had no sponsorship to go racing the following year. Gratefully, Ford came along with a small budget to run a single car.

In 1996, we worked through that change. We finished third in the championship, and then in 1997, to come out with six personnel in the team – that’s all we had – we had an unbelievably small budget.

I’ll never forget winning my first in 1993 – it was my first and we’d achieved the goal – but to do it in such a different way in 1997 just felt stronger, more rewarding.

Two touring car crowns can never be taken away from you, but victory at Bathurst was something that seemed to be always taken away! The 1995 race was a heartbreaker … thinking about that race, and that event as a whole, how much does it grind that you didn’t win it? 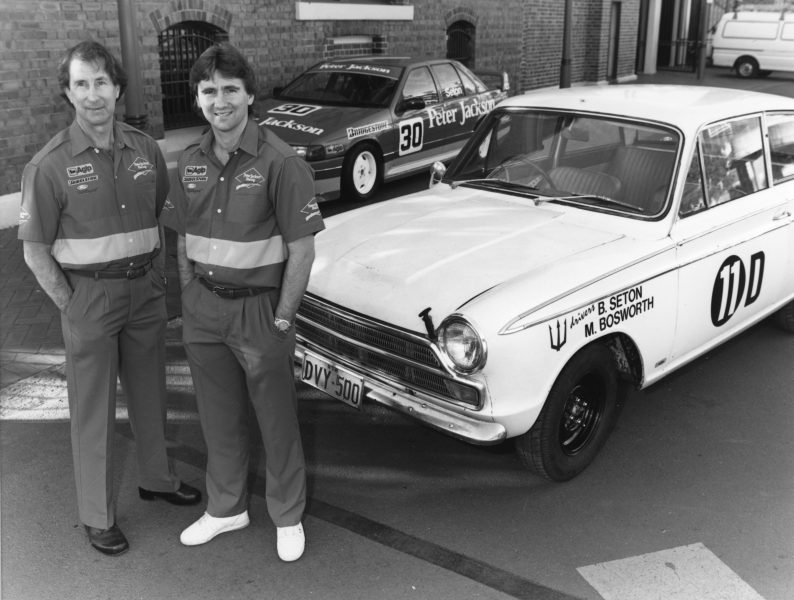 Glenn with father Barry Seton and the 1965 Cortina

Well, I wouldn’t just single out the 1995 race, because without winning, every year at Bathurst really sucked!

1995 was memorable based on what our challenge was all about. It was 30 years since my father’s win at the race, I was 30 years old and I was car number 30.

The Bathurst City Council and Channel Seven put an extra $30,000 incentive on top of the prize money if I was able to win the race, or they were going to restore the GT500 Cortina that Dad actually won with in 1965.

So if I’d won, I could have the car or the money, and back in those days I would have taken the money because we needed it!

And there was so much going on behind the scenes that weekend. It was the last race of the cigarette advertising, so we had no sponsor the following year.

Allan Grice was meant to drive with me but he put it in the fence on Thursday, so I pulled rein and swapped over Allan with David ‘Skippy’ Parsons, so there was a bit of tension in the team that weekend.

There was so much going on, and it would have been so cool to have won that race, but I feel very, very lucky to have had the opportunities that I have.

I got a couple of chances to stand on the podium – I know it was never the number one spot, but there’s lot of good drivers who haven’t seen a Bathurst podium. There are definitely no regrets.