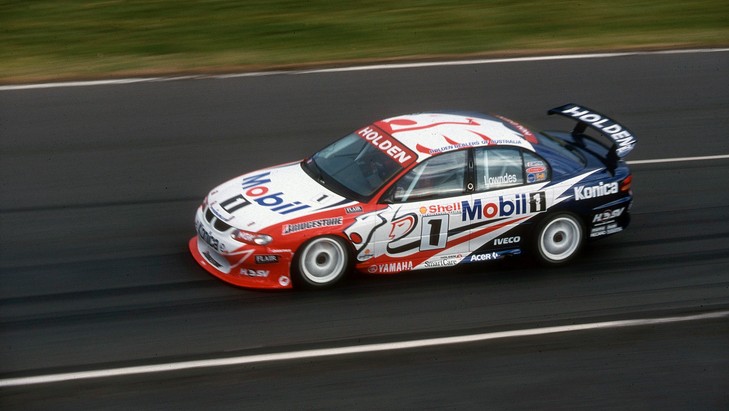 This week on Saturday Sleuthing we have a story on one of the cars that we get the most email about from our V8 Supercar fans – the Holden Racing Team Commodore rolled by Craig Lowndes at Calder Park back in 1999. 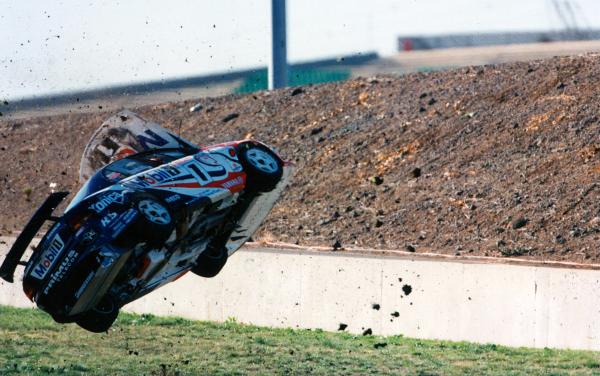 Back in 1999, Lowndes’ nearly-still-new VT Commodore was sent barrel rolling down the Calder bitumen after a multi-car tag-fest in the moments after the start of Race 2.

It remains one of the most spectacular (and most-replayed!) accidents in V8 Supercars Championship history.

It seems very timely to focus on this car given the massive accident of James Courtney at Phillip Island last weekend with a whole range of similarities, not so much in terms of the two actual accidents themselves but the aftermaths.

The 1999 crash sidelined Lowndes for the next round at Winton as he had to undergo surgery to damaged ligaments in his left knee, while Courtney too has been forced to the sidelines for the next event due to injury – in his case a fractured tibia and torn right side quad muscle from his Phillip Island accident.

Lowndes’ crash in 1999 prompted HRT to eventually complete a new car for his on-track return, just as the team is doing now with a new Commodore VF for the final event.

It meant a replacement driver was required for the next event and in both cases one of the team’s endurance pilots was called up – in 1999 at Symmons Plains it was Cameron McConville and in 2013 for the Sydney NMRA Motoring and Services 500 it’s Nick Percat.

One major difference though is that Lowndes was the Championship leader at the time and would go on to claim the 1999 title (despite missing a round), while Courtney sits ninth in the pointscore and his chances of perhaps being a ‘smoky’ in the title picture went up in, er, smoke in the PIRTEK Enduro Cup.

But the common element to both accidents beyond the aftermaths is the fact that both drivers were able to get out with their lives – a brilliant testament to the safety features of V8 Supercars of all eras.

In the case of Lowndes’ actual car, it had been debuted by ‘The Kid’ at the Sandown V8 Supercar round, just two rounds before it was smashed at Calder. 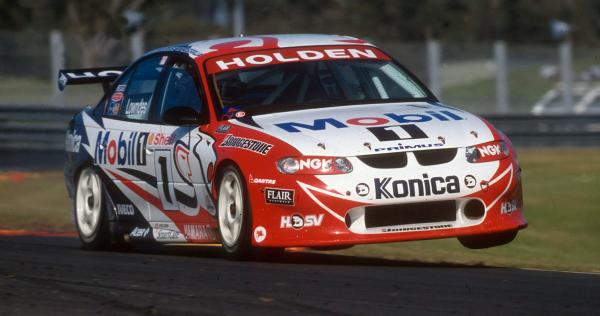 The third VT Commodore built by the Holden Racing Team (chassis 040 for the hardcore Sleuthers out there!) was initially thought to be a write-off considering the violent nature of the crash.

It had been debuted at Sandown and then raced at the inaugural Queensland Raceway sprint round before the big accident at Calder, achieving the impressive (and unique!) result of finishing in the top three in all seven races it competed in!

McConville filled in for Lowndes at Symmons Plains driving Craig’s old 1996 Bathurst-winning VS Commodore before Lowndes himself took the wheel of the VS for the next round at Winton.

HRT built a new car (#041) for Mark Skaife that debuted at Oran Park, so Lowndes took over his previous car (#038) for that weekend prior to debuting a new car (#042) at Bathurst. Get all that?!

In fact, Lowndes drove five different cars during the 1999 Shell Championship Series on his way to winning that year’s crown!

But what happened to the Calder Park wreck? 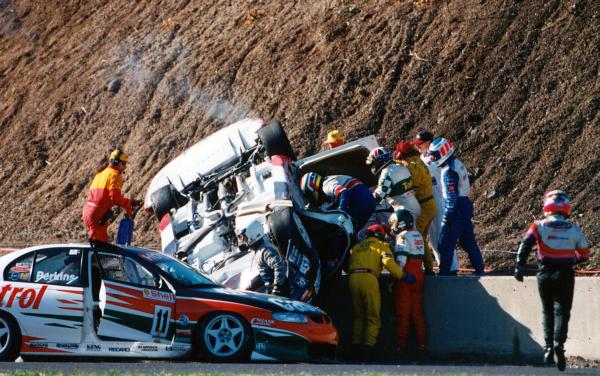 Parts and panels salvaged from the car were autographed by Lowndes and auctioned off and the remnants of the chassis were left under a cover and eventually stored at HRT’s chassis engineers, Dencar, in Dandenong, Melbourne.

For some time, HRT had a desire to create a dedicated ride car, which would reduce the workload for the team’s actual race cars. A dedicated ride car is commonplace in V8 Supercars these days, though back then no-one in the category had done it before.

Towards the end of 2001, two things happened that allowed this to come to fruition.

Dencar needed to clear room in their factory and they wished to scrap the car, and at the same time HRT’s long-time partner Bridgestone lost its contract to provide the control tyre to V8 Supercars to Dunlop, who took over for the 2002 season.

With an abundance of tyres left over and Bridgestone willing to provide the rubber to HRT’s mooted ride car program, the ex-Lowndes crash car was brought back to life under the direction of chassis guru Rick Wyatt and turned into a three-seat ride car with a passenger centrally mounted in the back.

Work was completed on the car in ‘02 and the car was then dubbed ‘PR2’ (PR standing for Passenger Ride) and pressed into action for the next few years on a range of tracks around the country with hundreds of V8 fanatics going for a hot lap – including V8 Sleuth Aaron Noonan!

To keep it distinct from the actual HRT race cars, the PR2 ride car ran on the superseded Bridgestone tyre stock and ran a bigger Chev engine and does live on, now owned by former HRT driver and team boss Mark Skaife.

Skaife retains ownership of both this car and his 2001/2002 Bathurst and Championship-winning car (HRT 045) and the PR2 chassis remains in mid-2000s HRT livery and VZ body specification (when it was last used for the ride car program).

It was given a birthday by Walkinshaw Racing a few years ago and is in tip-top shape and has spent time on display within the Visitor Centre’s History of Motorsport display at the Phillip Island Grand Prix Circuit.

Lowndes spoke to v8supercars.com.au about the accident, one of our 10 Championship Defining Moments counting down until the grand finale, the Sydney NMRA Motoring and Services 500 – to go into the draw to win a chequered flag signed by our 2013 Champion (who could very well be Lowndes...) click here for more information and to vote for your favourite moment.

Keep your eyes open too for Speed TV Australia’s popular new ‘V8 Supercars Classics’ over summer – hosted by Aaron Noonan, the 1999 Calder round including the Lowndes roll-over will feature at a date and time to be confirmed…

Also, there is a pile of emails about last week’s story on the missing HRT Commodore and a few leads to follow up – so we hope to have some more on that one before Christmas.