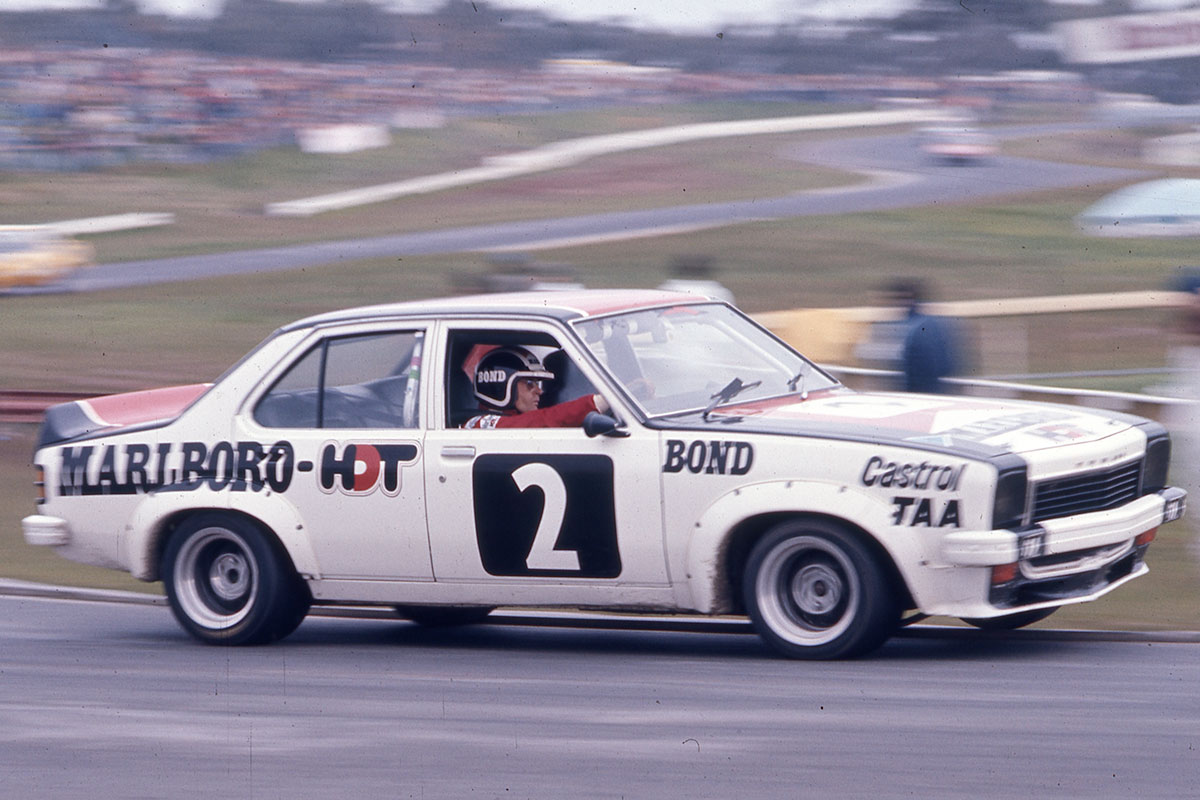 Colin Bond’s versatility behind the wheel sets him apart from his peers in Supercars’ Hall of Fame.

He also had starring roles in iconic moments at Mount Panorama for both Ford and Holden, posting the first factory triumph for the latter 50 years ago this year.

As his chat with Saturday Sleuthing demonstrates, the now 77-year-old Bond is still sharp and as jovial as ever.

Yourself and Tony Roberts posted the Holden Dealer Team’s first win in ‘The Great Race’ in 1969, but how did you get the call-up to join the factory squad?

GM had picked up Harry Firth to run the HDT and, before going to Bathurst, he entered a car in the Sandown 250 and he called and asked if I’d drive it with Spencer Martin – except I was going to New Guinea to do a rally on the same weekend!

Lucky I did, I suppose: Spencer did all of three laps and ran out of brakes, and went backwards into the fence at the end of the straight, caught fire, and hurt his back. 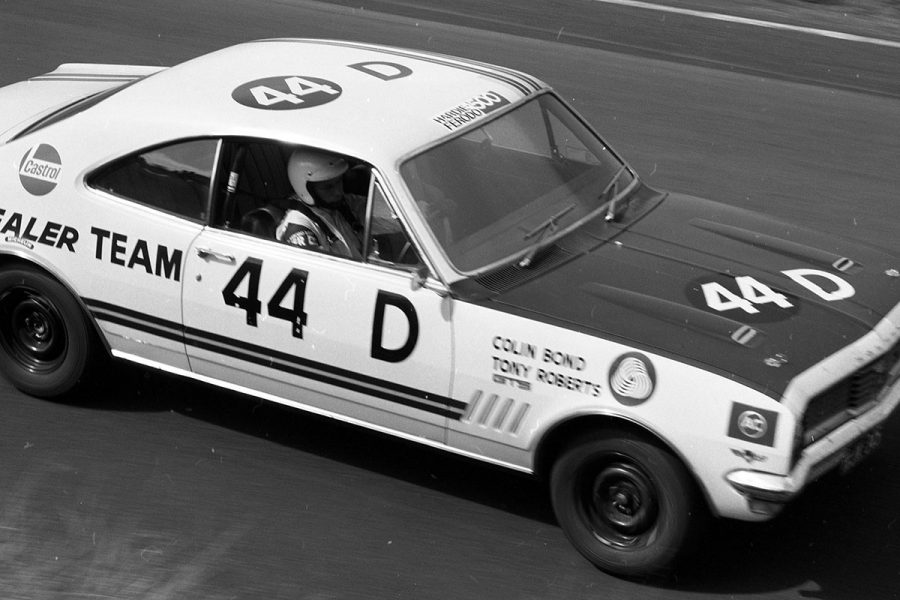 I’d used to rally against Harry, but I don’t think he knew I’d done any circuit racing – I’d done a couple of Bathursts in a little Isuzu Bellet! I think (late motoring journalist) Mike Kable had been talking to Harry and told him I’d done a bit of racing, and I think that led to the call.

Do you have a standout memory from winning in 1969?

No, we just had a good race. We qualified down in seventh, but we were the second of the Monaros. All the Fords had Goodyear racing tyres and we had the Michelin XAS road tyres. The racing tyres were the right idea but they hadn’t done any testing on them, and they all blew them.

On the first lap we were going up the Mountain and I was up to fourth or something like that; next minute, Moffat’s car pulls off to the left because he can’t find a gear. Then Bruce McPhee’s car came in after just one lap because his co-driver started and that’s all he had to do! So all of a sudden I was up into third spot behind Digby Cooke and Pete Geoghegan.

Soon Geoghegan blew a tyre and Digby put his co-driver in, and we were into the lead – and we never lost it. 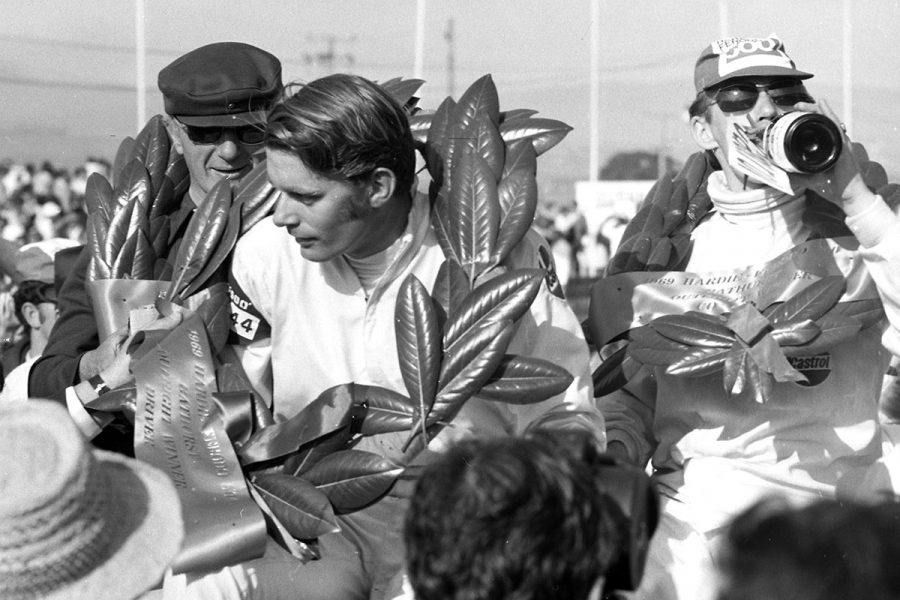 Ever think you’d still be getting asked about it 50 years after the event?

Gosh, when we were younger we never thought we were going to get this old!

I always wanted to be a professional sportsperson if possible. I played professional soccer and a bit of golf back in the day; I liked golf and motorsport because they seemed to be the only ones you could do where you could be 50 years old and still competitive!

Motorsport has been good to us; everything still works, and I raced in an age where everything was supposed to be dangerous…

You’re an Australian Touring Car Champion, a Bathurst winner, and an Australian Rally Champion – that’s a combination that most likely will never be equalled. Did you consider yourself a rally driver that went car racing, vice-versa, or did you not even really think about distinctions like that? 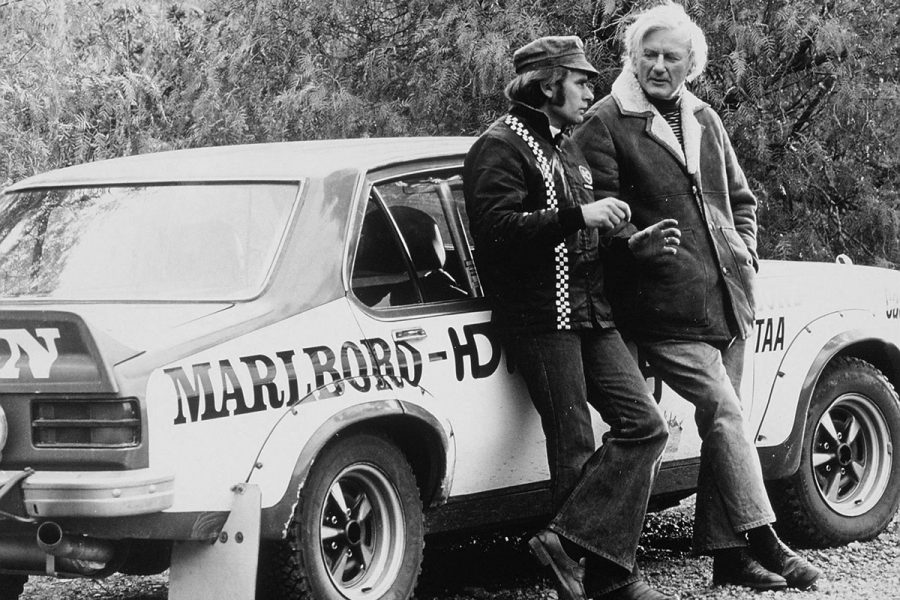 No, I just did both! People would say that there’s not many drivers that can do both, but of course you can. There’s a slightly different technique to it, and the thing I liked about rallying was that if you tried harder you’d go faster, whereas in racing you’d usually end up going slower.

I used to get asked which I preferred, racing or rallying, and if I had to do one it would be racing – because it was easier! You weren’t stuck out in a forest!

Do you have a standout memory from that championship-winning 1975 ATCC season?

It was nice, you know. Up until then I hadn’t really done the championship for HDT as Peter (Brock) was doing that side of things and we were doing the rally side of things. When you look back and see that Pete Geoghegan and Dicky Johnson have won it five times and all that sort of stuff, what if I’d started running it earlier… 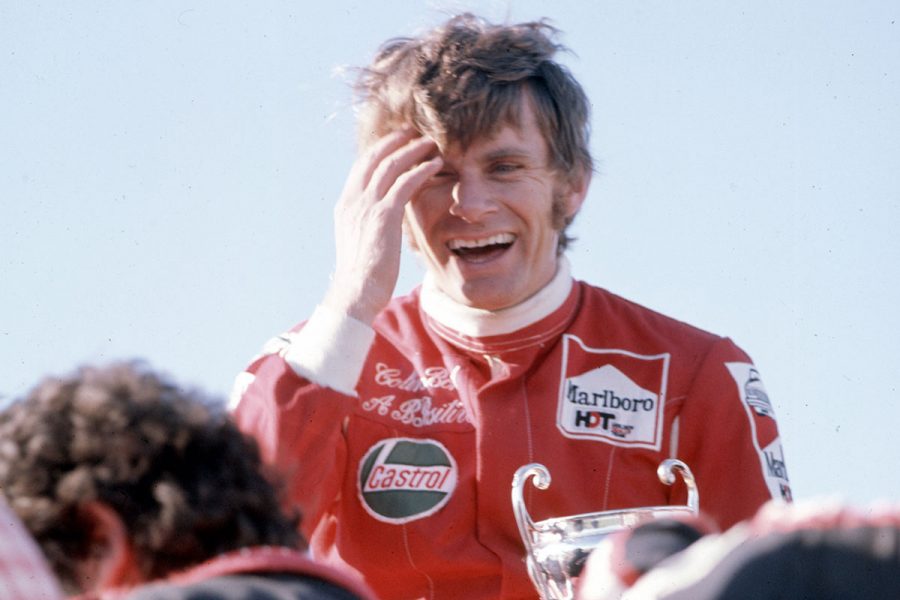 Then you went from being the Holden factory’s poster boy to its #1 enemy in joining Allan Moffat’s Ford team. Why did you make the switch for 1977?

Harry Firth was brilliant technically when he was racing, but by then I just sort of felt that he wasn’t keeping up with what was happening.

Moffat had Carroll Smith coming out to engineer the cars, and he gave me 25 grand as a sign-on fee plus a percentage of prizemoney. And his Fords were dominant that year; you were coming first and second in pretty much every race you went into.

It wasn’t as good the second year because Holden had a better mousetrap in the A9X, but the fact that it got us involved in the rally program at Ford, though, was a lot of fun.

They were building Escorts very close to my workshop at Homebush. We’d pluck a body off the line just after it had been dipped, cut off the brackets and stuff we didn’t need, then pop it back on the line. It was fantastic. 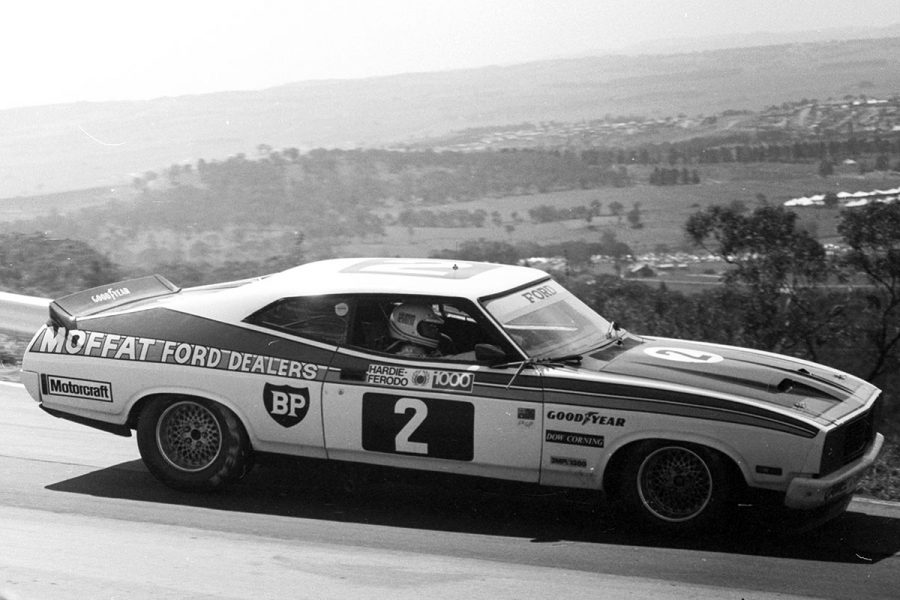 Did you cop it much from fans for crossing the floor?

Oh, absolutely! I can always remember one letter I received from a young kid: ‘It’s been the worst day of my life; you’ve gone to Ford and my dog died!’ You felt really guilty!

You form one half of one of the most iconic images in Bathurst 1000 history, following Moffat across the line to take a dominant 1-2 finish for Ford in 1977. But the leading car was hobbled with no front brakes … have you ever looked back and thought you should have passed him and taken the win?

Yeah, I think I should’ve – but then again, I was told not to!

I was about a minute behind Moffat when I got in the car for the final stint. I just started moseying along and slowly catching him, but not by much. Then all of a sudden I gained 10 seconds on him in one lap! Then 10 seconds the next lap.

And then out came the board: Form Finish 1-2. 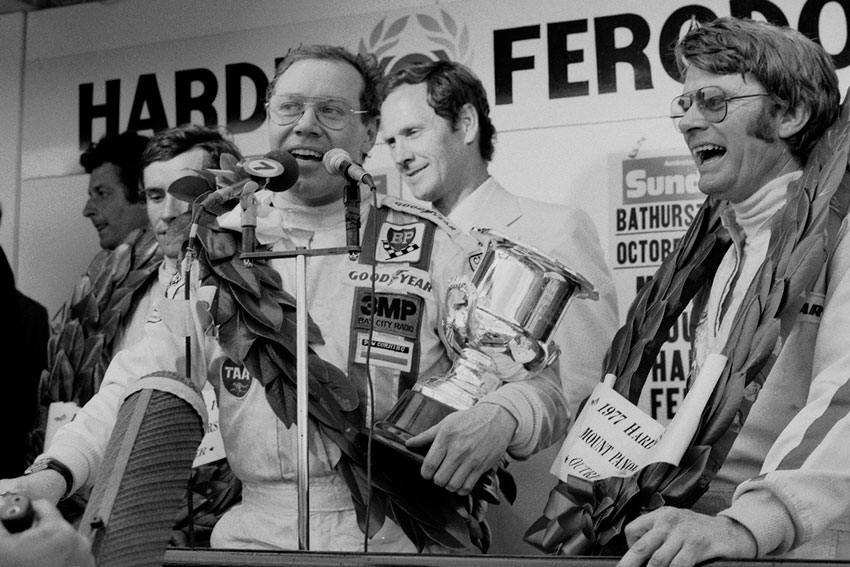 That was the way it was. Financially it didn’t make any difference because we pooled the prizemoney and I got a percentage of it. So I thought doing that was nice, but it didn’t quite turn out that way in the end...

Is it true that Moffat offered you a chance to drive the final stint in the #1 car which went on to win the race?

Moffat and I were in the caravan while the co-drivers were out in the cars, and he said ‘why don’t you get in my car and I get in your car, and when we finish it’ll just be one of the co-drivers that doesn’t win.’

I said no, but I don’t think we could legally have done it. You could change cars but only if yours had broken down, or something like that.

Imagine if we’d done that, finished 1-2 … and then been disqualified!