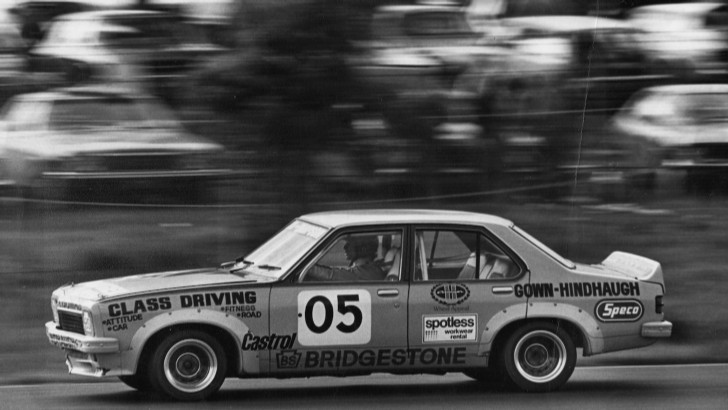 There's no doubt that Peter Brock remains one of the biggest names in Australian motorsport despite the fact he was tragically killed nearly 10 years ago.

When you think of the nine-time Bathurst winner you associate one number with him - 05.

It became a number closely connected with the majority of Brock's career from the time he first carried it 40 years ago at Sandown in 1975.

But what happened to the Torana L34 that he was driving when he first carried the soon-to-become famous 05?

To trace the story of this car you need to understand the period of time and where Brock was in his career.

He left the Holden Dealer Team at the end of the previous season with the ambition of racing overseas, however some of those big plans fell through.

So just how was he going to defend his 1974 Australian Touring Car Championship, with no car and no team?

In their workshop sat a yellow Holden Torana L34. This car and the team that built it, combined with Brock's unquestionable talent and experience with the Holden product, would form the basis of a solid privateer campaign for the '75 ATCC.

That was the plan anyway. Many had already written off Brock and the fledgling Gown-Hindhaugh team, and a string of mechanical failures throughout the championship only sought to reinforce this view.

But reliability wasn't the team's only concern. Sponsorship money was drying up, leaving them with little to spend on developing the car.

The situation was dire, with Brock having to resort to borrowing secondhand tyres at the latter rounds from former HDT boss Harry Firth just to make it to the grid.

Brock and the Gown-Hindhaugh team certainly had something to prove heading into the endurance races. While a broken axle off the line at Round 1 in Adelaide robbed the team of a result, hopes were high for September's Sandown 250, the traditional curtain raiser to the fabled Hardie-Ferodo 1000 at Bathurst.

By this stage a race result was vital. The bank account was dry and the team was relying on prize money from Sandown just to be able to make it to Bathurst.

The 1975 Sandown 250 (forerunner to today's Sandown 500) was an important race in the history of Australian motorsport given it was the first-ever where Brock's car was adorned with the now famous '05' race number.

The number was issued by the Victorian Road Safety & Traffic Authority in recognition of Brock's work in campaigning for road safety and creating awareness of the .05 blood/alcohol limit.

The Sandown 250 was the only race in Brock's career where the "point" was featured before the '05'.

Brock qualified second on the grid with a time of 1m16.6s, only marginally bettered by former team mate Colin Bond in the HDT 'factory' Torana.

At the flag fall the typically 'pro Holden' Sandown crowd was overjoyed to see Bond, Brock, Bob Morris and Allan Grice gap the field in their Toranas.

You can just imagine their reaction when, on lap 25, Ford hero Allan Moffat rolled his overheating Falcon Hardtop to a stop!

Running second to Bond, Brock pitted on lap 65 where the Gown-Hindhaugh pit crew affected the 'under-cut' on the more fancied Marlboro HDT crew, to give Brock a 15 second lead over the now chasing Bond.

The factory team's chance of victory disappeared with Bond's brakes only laps later, virtually handing Brock the win, his second Sandown enduro crown after also winning for HDT in 1973.

The 1975 win in the Gown-Hindhaugh Torana L34 began a streak of seven consecutive Sandown enduro crowns for Brock - a record unlikely to ever be broken. 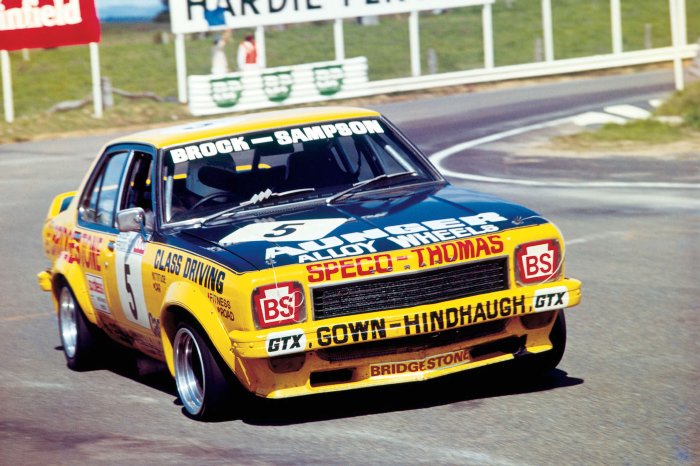 The prize money gave the team the cash it needed to head to Bathurst all the latest L34 development parts with Brock going on to win at Mount Panorama with co-driver Brian Sampson and take his second of an eventual nine wins.

Brock then completed the 'Grand Slam' of endurance wins, winning the Phillip Island 500 to complete the treble of big race wins to round out the season. 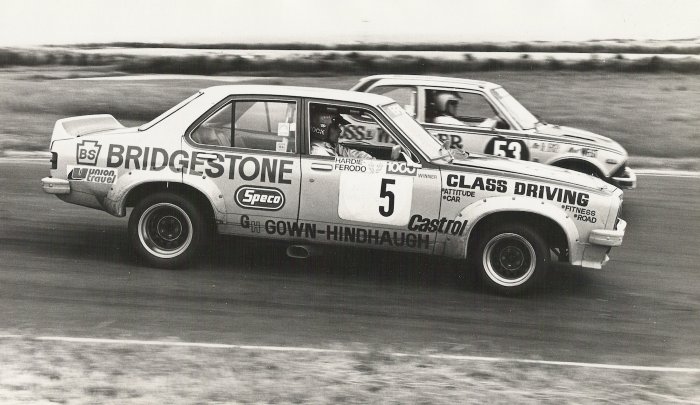 Brock departed for 1976 to establish Team Brock as well as race a BMW sportscar overseas, while Gown and Hindhaugh retained the Bathurst-winning Torana and raced it themselves as well as with Frank Gardner behind the wheel.

It was eventually sold to Tasmanian racer Roger Stanley who competed in the car on the Apple Isle before it was sold and became a road car.

Sadly, it ended its days in a road accident in Tasmania wrapped around a telephone pole and thus ended the story of the car that was not only a Bathurst winner but also the first to carry what became the most famous number in our sport.

-
To get in touch with the V8 Sleuth, you can do so via the following methods:

Dutton: No dramas behind the scenes

Coulthard: 'I can do better'