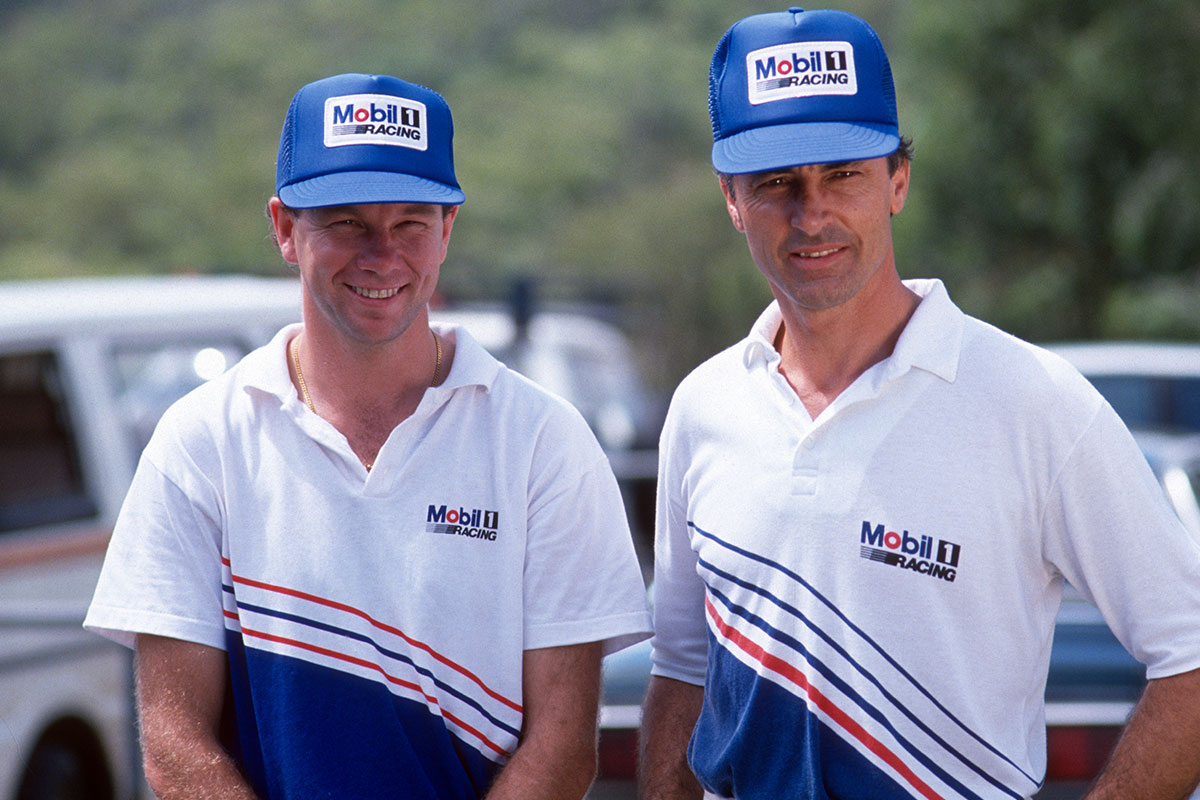 A high-profile figure in Supercars at the team he owns and runs with brother Kim, it's easy to forget that Brad Jones was a top racer himself.

Jones was a factory driver for multiple manufacturers here and overseas, racing and winning across a variety of disciplines ranging from production cars and Super Touring to oval track categories NASCAR and AUSCAR.

While son Macauley has taken a more traditional path up the junior racing ladder towards a full-time drive in Supercars, Jones' own path into what was then the Australian Touring Car Championship was anything but…

How did you get into motorsport?

My father Phil, his family came from Holbrook and were not into cars at all. He came to Albury for school and caught polio when he was 16.

When he was young he was into rodeos and playing football, and he couldn't do that anymore. So his parents bought him an MG TC sports car, and that was really the start for him to be involved in cars, and he ended up becoming a used car salesman and getting involved as the president of the local car club and the local race track, Hume Weir.

On the Saturday night before race meetings, they would have something on the local television station. They'd push the three fastest cars in – in touring cars you might have 'Skinny' (Peter) Manton, Norm Beechey and Allan Moffat – and Dad would stand there and interview them. Then in the ad-break, they'd push them all out and move the formula cars in.

After that finished they'd all come around to our house for a barbeque, so we'd have Bob Jane and his brother Bill, Norm and his wife, 'Skinny' Manton … it would be like having half of the Supercars field around your house.

It was an amazing way to grow up. 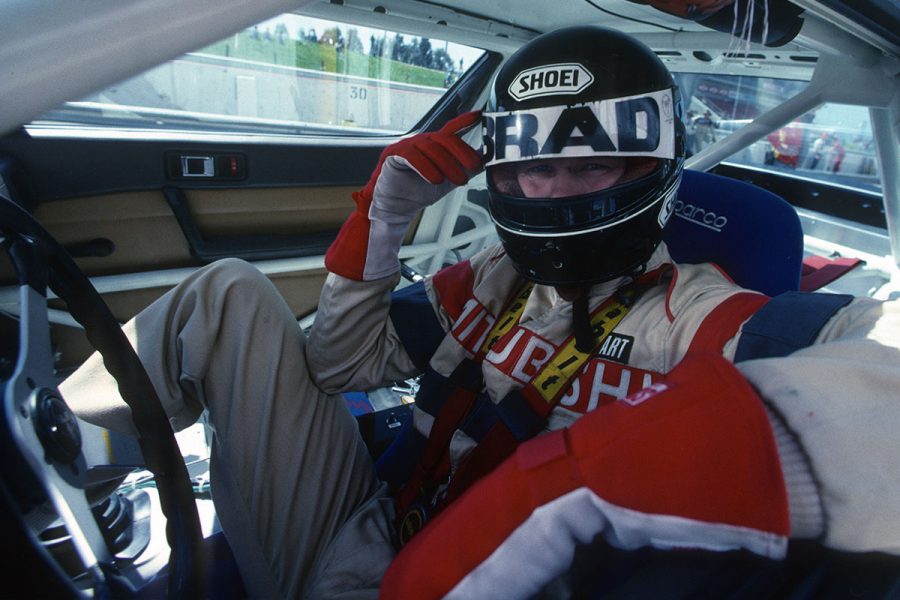 So that sparked the interest … when did you start going racing yourself?

Bob Jane had a driving school with a couple of Elfin 620 (Formula Fords), and he sent them to Albury for Kim and I. Kim built his while mine sat there gathering dust – at that stage I thought I was going to be a professional motocrosser.

I started racing motorbikes at 12 or 13 and I stuck with bikes until I was 18 or 19, maybe a little older, when Dad's business went broke. That really stopped the motocross and I focused on work and girls – not a bad combination.

I later went back to the bikes, but after stopping for a couple of years I wasn't quite up there with the guys I'd been beating who had still been racing all that time.

One day we went down to Winton and put some slicks on the bike, took Kim's Formula Ford, and I also had a gearbox kart that I'd traded someone for. I had a really good run on the motorbike, was really fast – but I enjoyed driving the car.

I spun it a couple of times and – unlike crashing the bike – didn't lose any skin off my bum. I thought, 'this is a bit better', so off I went.

I did a state round at Winton in the Formula Ford and Chris Davison (uncle of Supercars racer Will) was racing against me. When we came in, he asked how many races I'd done, and when I told him it was my first he said, 'really?'

He found me a sponsor and an Elwyn 002, and my first race was at the Australian Grand Prix in 1980.

Chris was telling me to be careful going into the first corner because there'll be cars all around me, but I was like: 'Are you kidding me? I'm used to going into a corner with 30 motocrossers, this is nothing!'

I qualified on pole, broke the lap record and won both races. So I was thinking to myself, 'this is much easier than riding motorbikes!'

But they changed the tyre for the following year and the car wasn't as good on them and we struggled, but I made some really important contacts with some really good people. 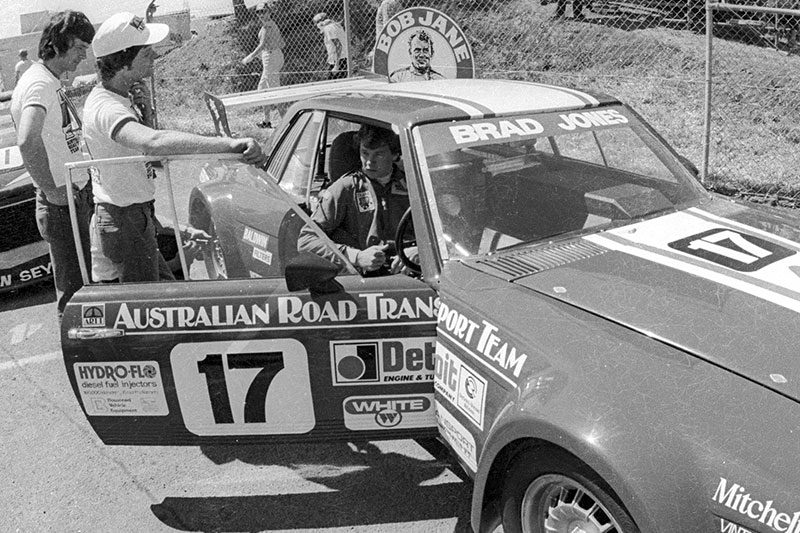 You really made your name in the reborn production car class in the 1980s. How did that come about?

At the end of 1981 I got the opportunity to race for Peter Fowler and Brian Thomson in their Mercedes sports sedan, but that stopped when Peter ran out of money, and I had nothing. My career was just dead.

Dad knew a guy named Allan Horsley who ran Oran Park, and asked him for any suggestions of how to go forward. He told him about a Pro-Am production car event that was coming up and suggested he talk to Peter Fitzgerald, a top production car racer who was trying to enter with Peter Hopwood … except Horsley was going to classify Hopwood as a professional so Fitzy would need a co-driver.

Fitzy had been racing at Amaroo Park, so Dad rang up everyone with a service station, pie store or takeaway in Albury – this is back when the highway ran through Albury – and told them to give him a ring when they saw his truck coming through town.

So Dad got a call, jumped in the car, ran Fitzy off the road somewhere in Albury and did a deal with him!

And he said, nah, I'll get it … He rang the local radio station and they sponsored him with $2,500 of advertising airtime, which he sold. Then he got a group of people that were interested in car racing together and convinced them to support me, and that's where he got the other half. 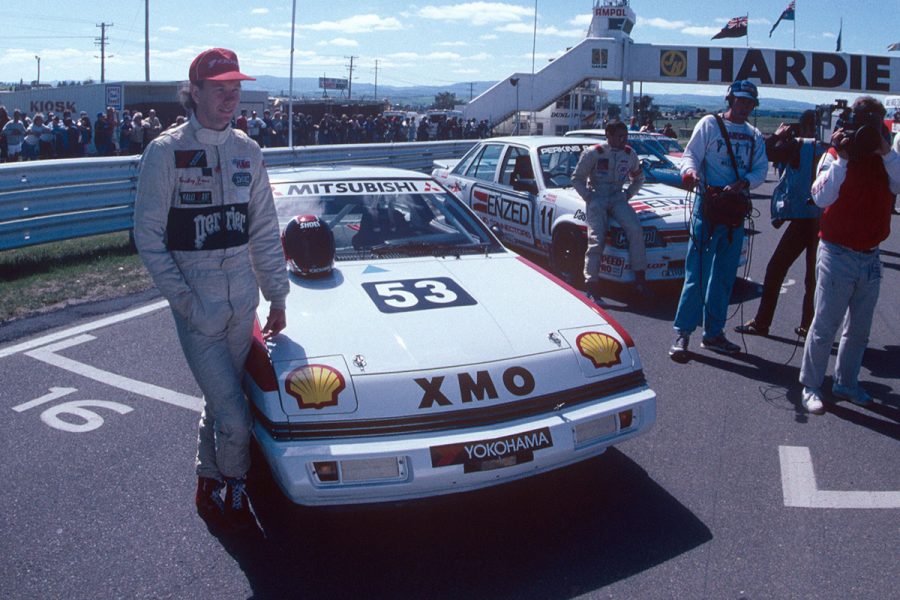 You made another pretty pivotal contact during that race…

Fitzy started the race and I got in the car at about half-distance in, I think, fourth and got up to second, and the last driver I had to pass to win the race was Kevin Bartlett.

I pull up alongside him and here's this crusty, old, angry race driver in an open-face helmet, and I'm in a full-face helmet.

We're coming down the straight, he's blocked, I've pulled to the outside, so I looked over at him.

He looked at me with this filthy, snarling look on his face. So, as we got to the braking area, I winked at him and he burst out laughing – then I out braked him and disappeared up the road!

At the end of the race, Fitzy and I are on the podium getting our sashes, and then I see KB walking towards me. 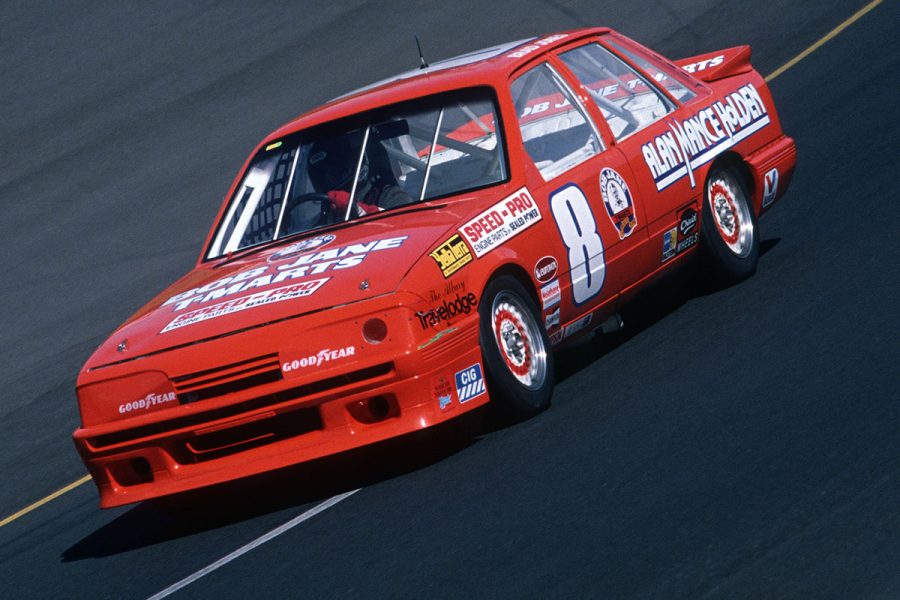 That led to a works drive with Mitsubishi, including touring car races both in Australia and overseas, but your first full-time championship drive came with no less a name than Peter Brock. And I believe there's a bit of a story behind how you got the drive in his Mobil Sierra for 1989 – with a bit of help from your good mate Neil Crompton…

Crompton had become pretty friendly with Brock and I sort of found myself in that circle. We had this AUSCAR we were building, and Brock let us finish it at HDT.

So I'd been hanging around there, I thought I might get a co-drive there or something.

At the time Crompton was driving with him in those little BMWs, but we'd both been trying to get a drive with Walkinshaw (the factory-backed Holden team that became the Holden Racing Team) – and Neil got the drive for 1989.

We talk about it for a bit, and Neil says, "I've got a plan: come pick me up at the airport when I go see Brock to let him know I'm leaving."

We get there and he goes in, and he's in there for about 10 minutes before coming out. 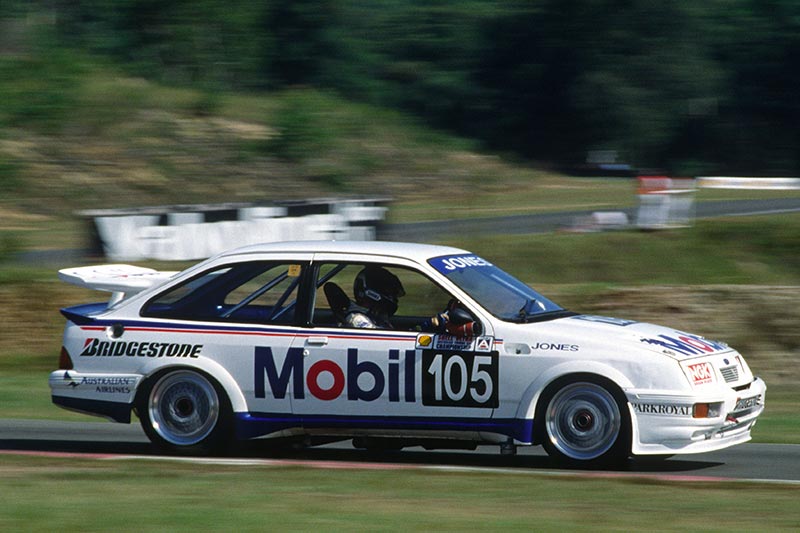 "Oh dude, not well. They weren't expecting it, and they didn't react well at all."

Brock and (Alan) Gow are standing there and I said to them: "Hey, what's going on?"

They say: "You won't believe it: Crompton's just quit."

"You're kidding me? Gee, I never saw that coming … who are you going to replace him with?"

And then they say: "I don't know … what are you doing next year?"

We did a deal on the spot and shook hands!

18/10/2019
Related Content
Saturday Sleuthing: Greg Murphy  ›
05/10/2019
SCT Logistics Racing ›
Stay In The Know
Sign up to the Virgin Australia Supercars Championship Newsletter
We use cookies to ensure that we give you the best experience on our website. If you continue to use this site we will assume that you are happy with it.Ok