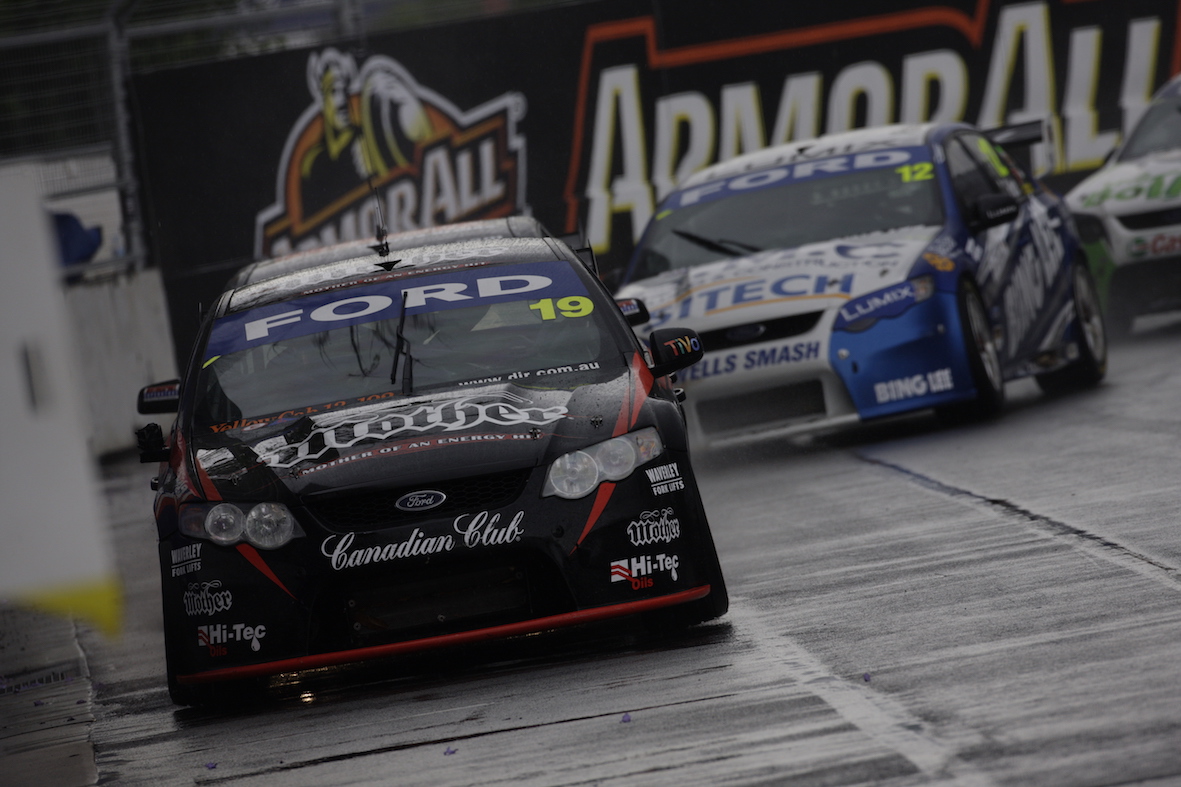 Next weekend the Virgin Australia Supercars Championship winds up at the Coates Hire Sydney 500, the farewell appearance of Supercars on the roads of Sydney Olympic Park.

History has shown us that the Supercars Grand Finale is always a high drama affair and none was more dramatic than the Saturday race in 2010.

All three title contenders – Jamie Whincup, James Courtney and Mark Winterbottom – were in the middle of a title fight when a massive storm lashed the area and turned the 3.42-kilometre layout into a skating rink.

As the championship race moved to rebuilding cars in the pits, first-year main game rookie Jonathon Webb drove through the chaos and carnage to convert his 21st grid position into a breakthrough maiden victory.

So just what happened to the Mother Energy Drinks Falcon FG that this year’s Supercheap Auto Bathurst 1000 co-winner drove to his maiden win back in Sydney six years ago?

The answer is that it’s now on the other side of Australia, but to tell the story of this car you have to rewind back to when it was originally run while based in Queensland.

In 2010 Webb’s Falcon was being run out of Dick Johnson Racing and entered under the famous team’s DJR banner, though run under a Racing Entitlements Contract owned by TEKNO Autosports, the Webb family’s operation.

But the Sydney-winning car was not a TEKNO or DJR-built car, it actually started its life at Triple Eight Race Engineering back in 2009.

This car, designated 888A-015 was actually the very first FG Falcon built by Triple Eight. 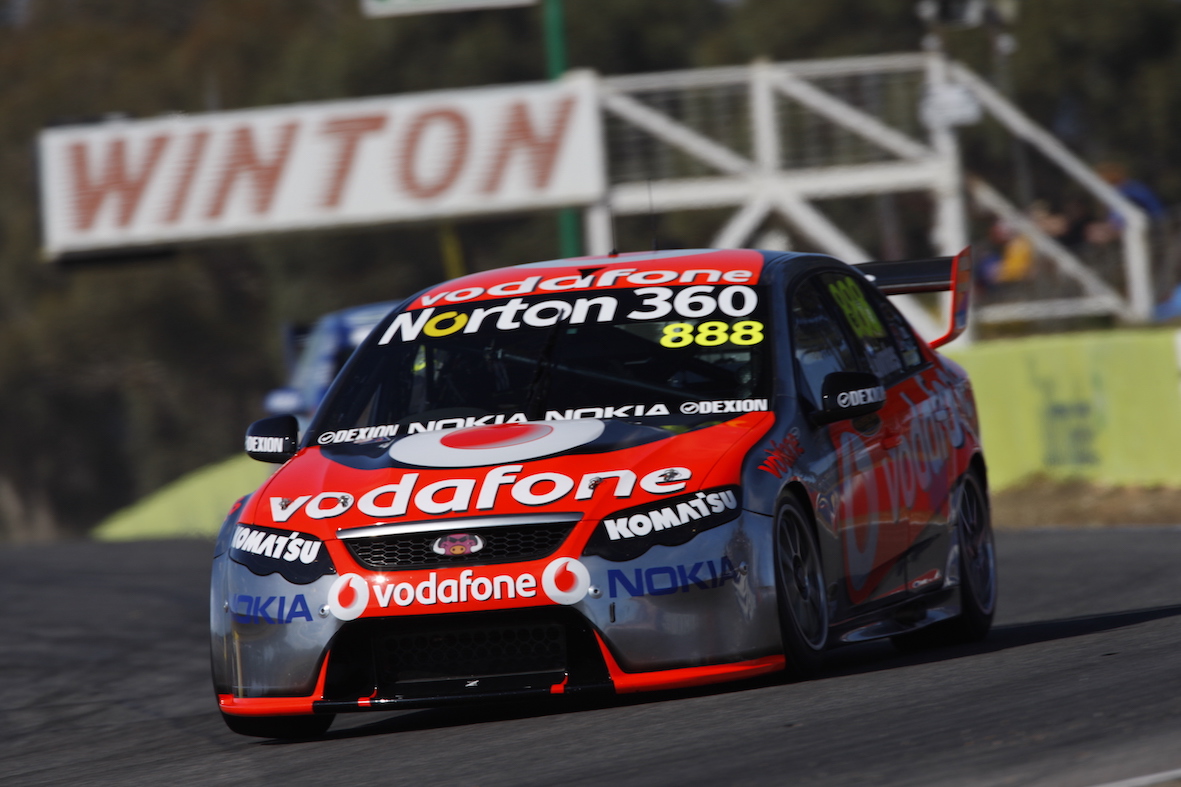 It made its debut as the #888 TeamVodafone car of Craig Lowndes at the 2009 Clipsal 500 in Adelaide.

Lowndes used this car for just Adelaide, Hamilton, Winton (where he won both races) and Albert Park, before debuting another new chassis in Tasmania and then ‘015’ reverted to becoming the team’s spare.

It was brought back into service for the enduros when it was raced as #88 by British Touring Car star James Thompson and the late Dane Allan Simonsen at the Phillip Island 500 and Bathurst 1000. 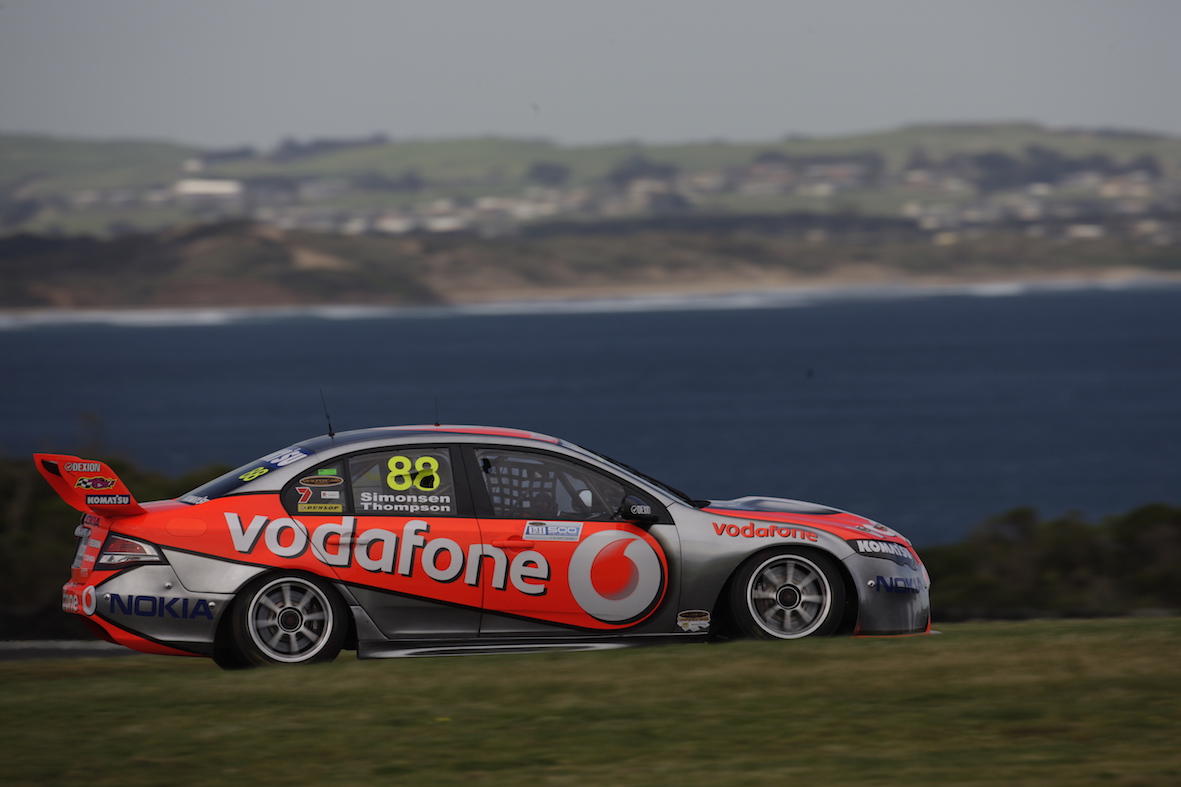 After a 21st at the Island and a ‘DNF’ at Bathurst, the car reverted to the role of spare chassis for the rest of the season.

In the off-season chassis 015 was sold to TEKNO Autosports for Jonathon Webb to drive in the 2010 V8 Supercars Championship.

The car was prepared and run from Dick Johnson Racing as a third entry alongside the Jim Beam cars of James Courtney and Steven Johnson.

The car originally competed in a white livery similar to the Jim Beam cars before Mother came on board from Townsville onwards and the car switched to its distinctive black livery.

Webb drove the car all season, including being joined by David Russell for the Phillip Island 500 (where they finished sixth) and Bathurst before French Champ Car ace Sebastien Bourdais co-drove at the inaugural Gold Coast 600.

The Webb car was the only car to finish each and every lap of racing in 2010 and its regular pilot rounded out his debut year with a win in the wet Saturday race in Sydney.

The Webbs retained the car for 2011, though set up their own, stand-alone, TEKNO Autosports team to run the car independent of any other operation for that season.

Webb again drove the car for the full year and was joined by Richard Lyons at Phillip Island (where the car ran a Star Wars themed livery) and Bathurst and former CART and Indy 500 champ Gil de Ferran for the Gold Coast 600.

In 2012 the car was sold to Paul Morris Motorsports, though it returned to the DJR workshop as part of a four-car program run under a variety of Racing Entitlements. 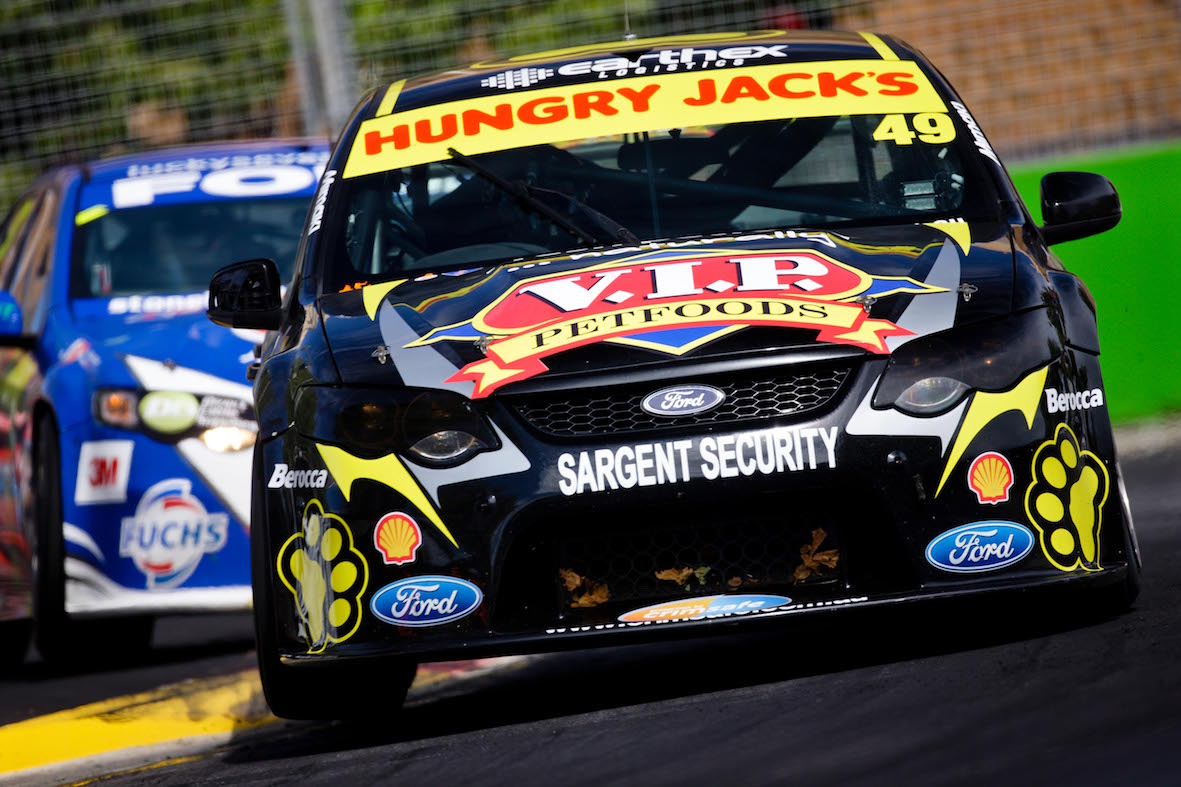 Steve Owen piloted the car all season with VIP Petfoods backing before it returned to the PMM workshop in 2013 run as Andre Heimgartner’s Finance-Ezi Falcon FG in the Dunlop Series.

The car didn’t compete in 2014 and mid-year was sold to Western Australia to new owner Anthony Arnold.

Arnold has used the car in various local events at Barbagallo as well as competing alongside a range of former Supercars in the Combined Sedans support category at the Bathurst 12 Hour in February this year. 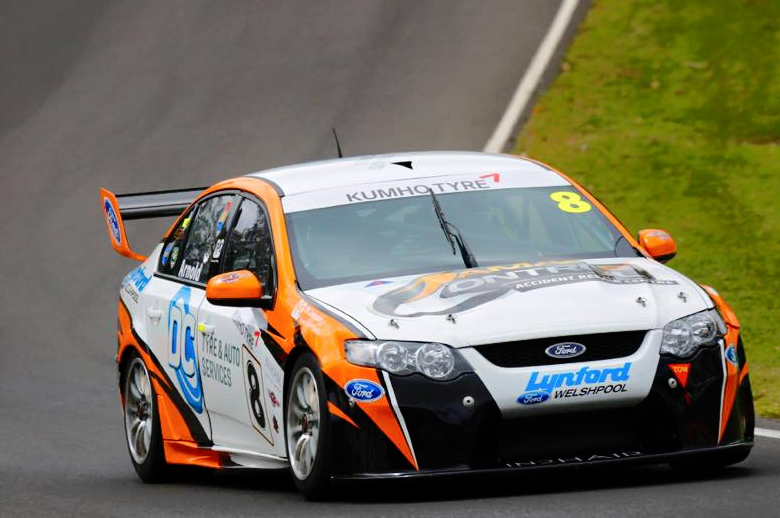 Although this particular chassis had a long racing life, it will forever be known as the car that claimed success in a Sydney race that we will be talking about for many years to come.

Given next weekend is the last of racing at Sydney Olympic Park, 888A-015 holds a special place in the Supercars history books as one of the cars to claim a race win at this marquee event.

Saturday Sleuthing will take a break next weekend for the Coates Hire Sydney 500 but will return on Saturday December 10 with a story outlining the restoration of an iconic Supercar from the late 1990s.