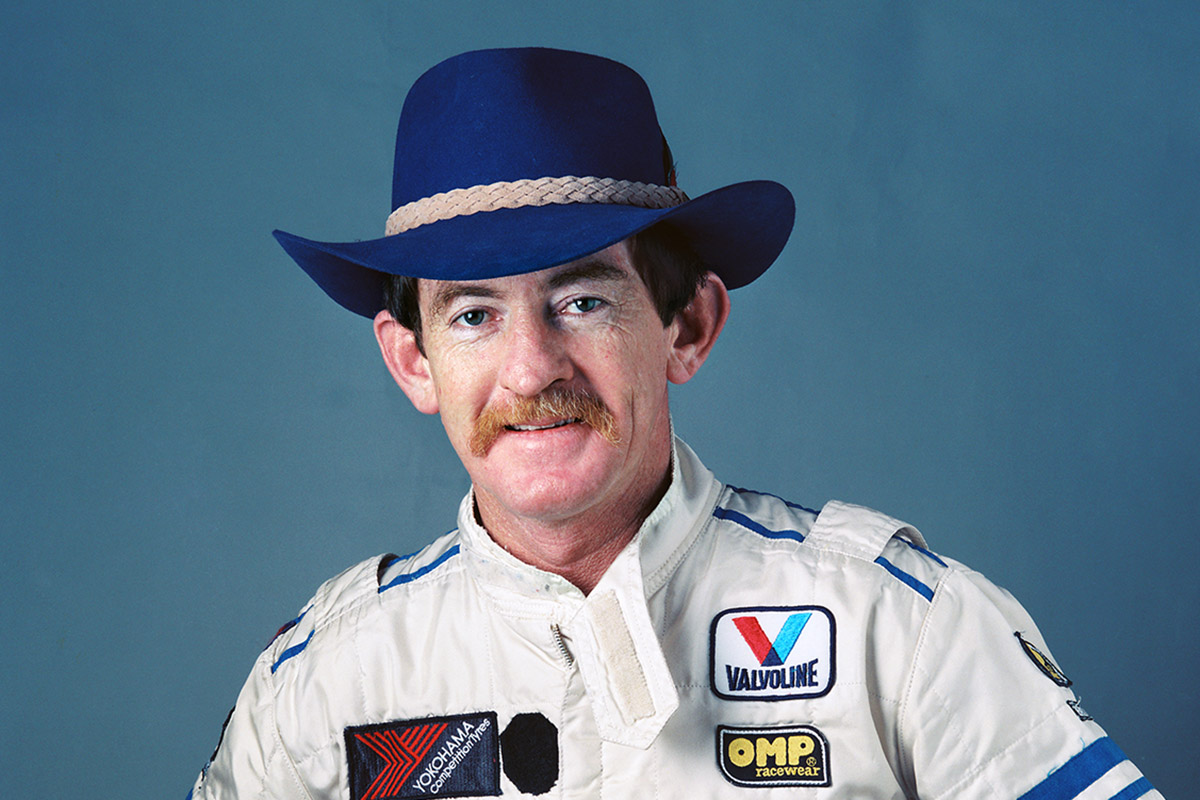 Two-time Bathurst 1000 winner Allan Grice was a man never too far away from the headlines over the course of his racing career.

A hard-charger, Grice won the Bathurst classic in 1986 and in 1990, once as a privateer Commodore driver and once as a factory pilot with the Holden Racing Team.

His career is as wide and varied as it was successful, becoming known for his Craven Mild Toranas in the mid to late 1970s after being something of a late starter in the sport.

He was a regular in Commodores after a very brief stint running BMWs, and regularly proved a thorn in the side of the factory team in the 1980s both at home and abroad.

Grice also wasn’t afraid to try different types of cars and racing both here and overseas, with trips to America to race NASCARs, and Europe to take on the world’s best in touring cars.

A veteran of 26 Great Race starts, beginning in 1968 in a Fiat 124 Sport and finishing in 2002 with a short-lived effort in a privateer Falcon AU, Grice is a true legend of the sport.

These days he’s 76 and still based on the Gold Coast, and that’s where Supercars.com caught up with him. 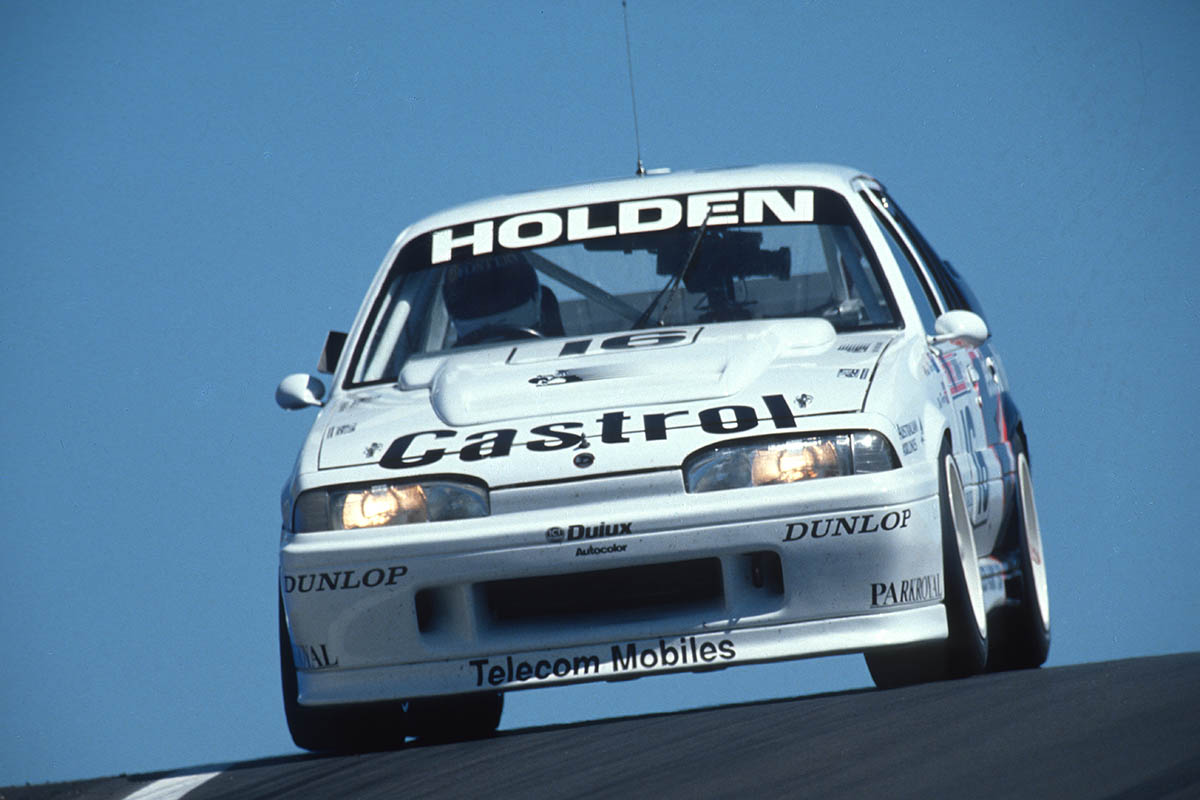 I’ve always been a believer than when you stop having an interest in working that’s when you end up in a wooden box.

So I’m still working, selling a bit of vodka to nightclubs on the Gold Coast.

How many times do you hear of people that have worked hard their whole lives, stop working and then they go over and out? I don’t plan on that!

I’m a grandfather now too, with one (grandchild) in China and one in Sydney and another one on the way.

My eldest daughter Sally is coming out to Australia with her new baby and husband in a couple of weeks; she lives and works in China. 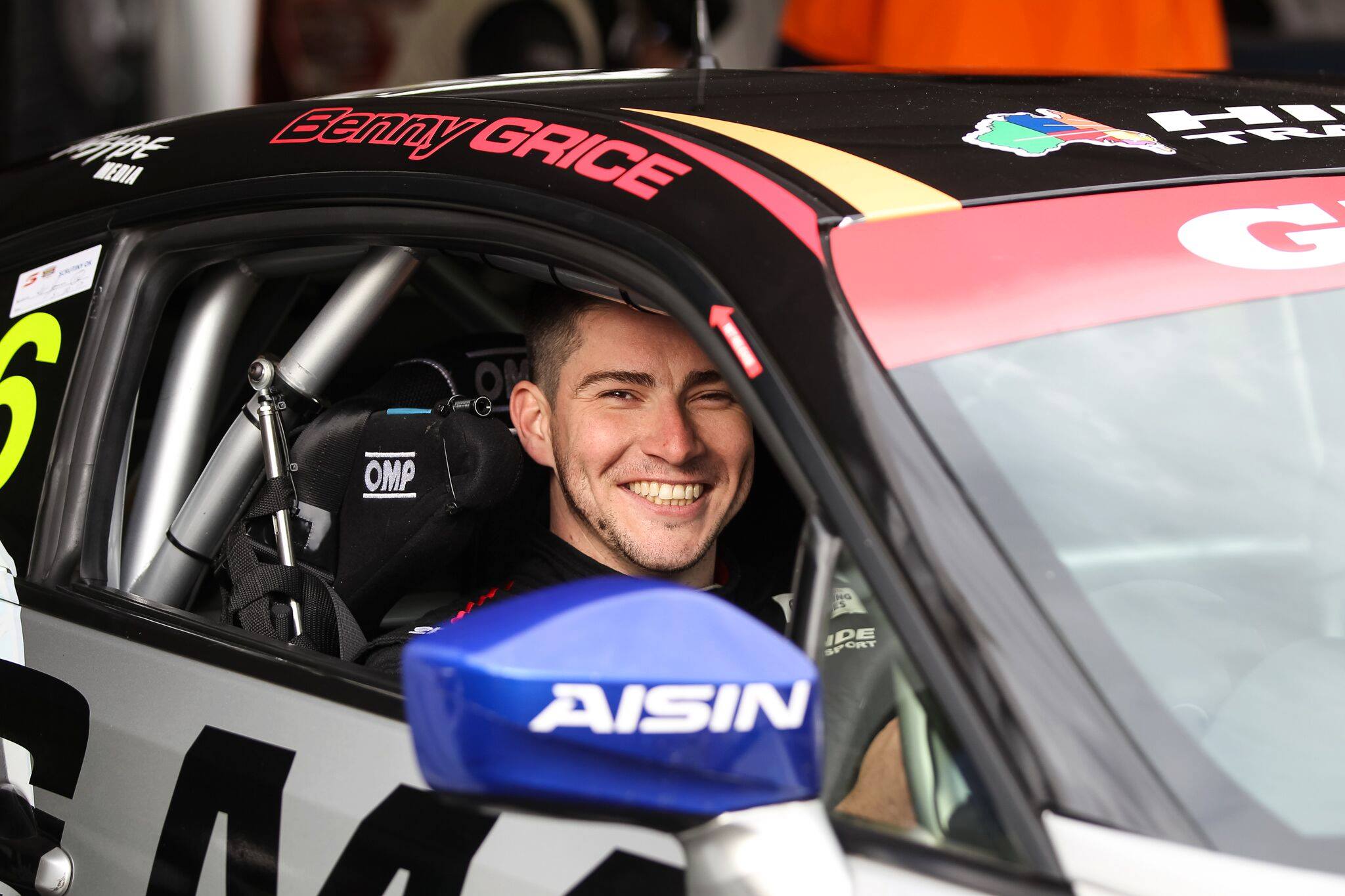 Your son Ben has been doing plenty of racing in recent years in Toyota 86s, Saloon Cars and Excels. Do you get a kick out of seeing him on the track?

Definitely, there’s certainly a lot of enjoyment. His last race in the Excels at Winton (where the Hyundai Excel series supported the Supercars) showed that he’s turned another corner with his career.

The track was changing all the time with the weather and he was the leader and the explorer out in front each lap. It’s an extra skill you have to learn in racing.

Every corner could have had a new shower fall on it since you were there a minute or so ago and it’s easy to slip off the road. But he didn’t, he did very well.

He’s at the point where he needs some sponsorship to get him to the next step. He hasn’t got a ‘DWD - Dad With Dough’ so that’s just where he’s at.

The next step depends on what he can get his bum into. 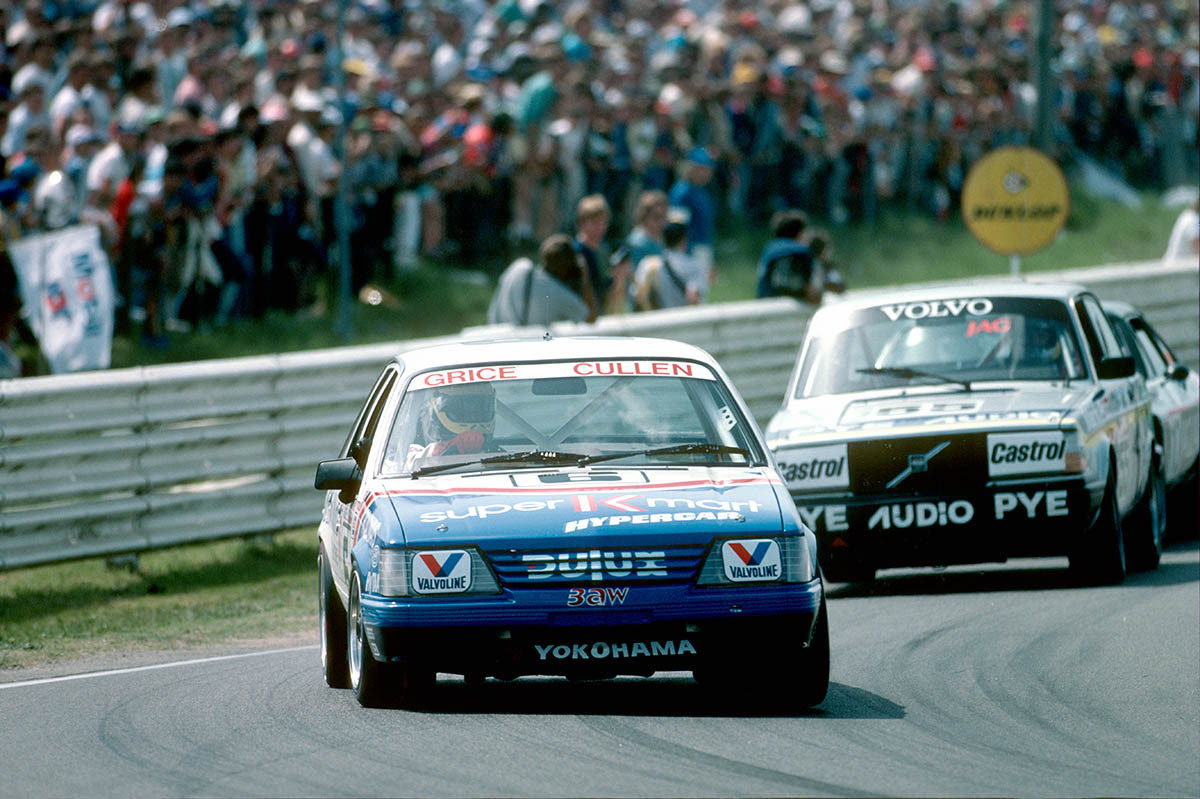 Your Bathurst wins in ’86 and ’90 are remembered fondly by your fans, but which Bathurst was the one that got away?

I reckon it was when the Jaguars won (1985). We clearly had the quickest General Motors car.

I had one of the Jaguars right up my backside (in the early stages of the race) and a grub screw came out of the bottom of the rotor in the distributor and jammed the car up and stopped it so fast the Jag hit me up the bum!

It wasn’t his fault but that race, at that time, I felt we were in the fight and had pace. They were sliding around and doing it a lot harder than we were, it was one that certainly got away. 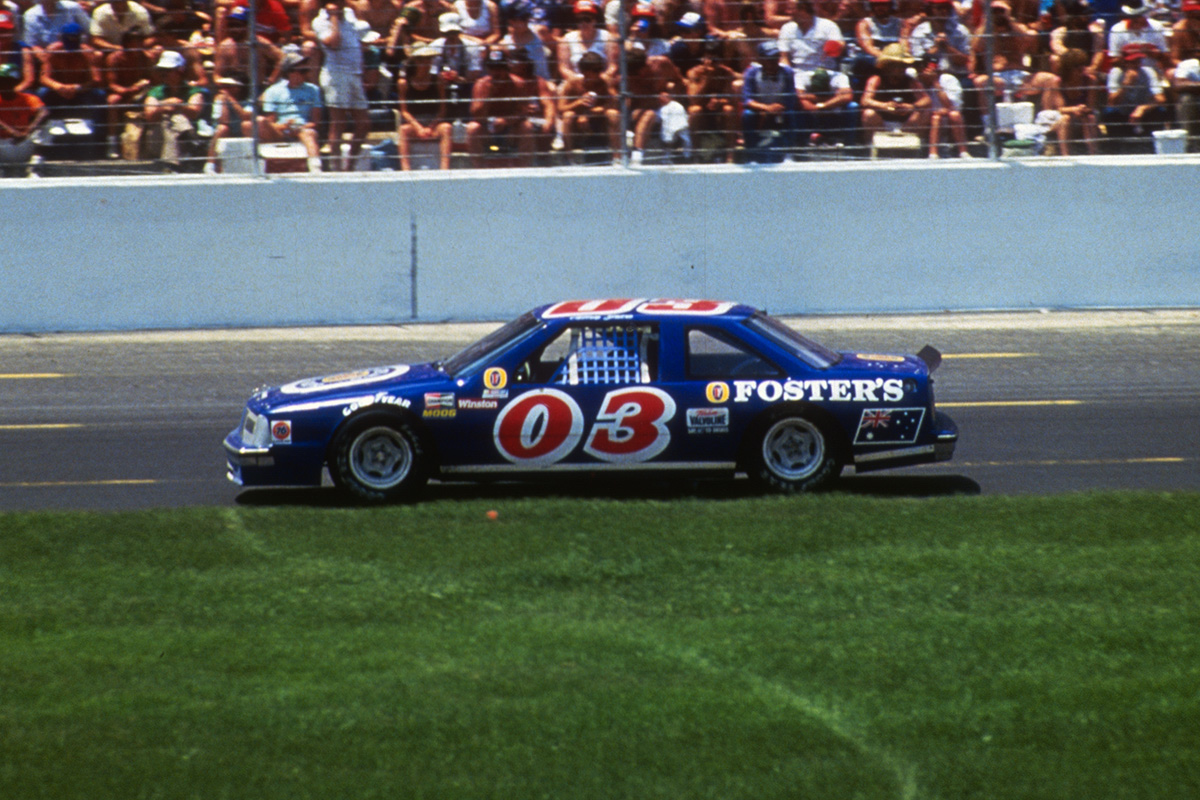 It was the beauty of Group A being an international category. You could go to six or eight countries and run your Commodore over there, it was bloody good.

With NASCAR they saw it as international recognition for their homegrown category that someone like me came to have a go at it.

It was a surprise to them that we qualified for the World 600 at Charlotte, let alone passed the rookie training session before it!

I remember Richard Petty came and walked down the pit lane to see me after we qualified for the race.

He came in with his big cowboy boots and 10 gallon hat on and asked the crew ‘Where’s Al?’. He wanted to welcome us and asked if there was anything he could help me with.

I said there was actually; ‘as you turn off into turn three, I get down near the line and hit a bump and it pushes me two car widths up the track so I have to roll out of the throttle. Can you offer me some advice?’

I thought he would give me some setup direction for the car or a special, pertinent pointer but he looked at me with a straight face and said: ‘miss the bump’.

So I missed the bump and it didn’t throw me up the track!

What started you in motorsport?

I went to a motor race at Warwick Farm as a spectator and I just thought I was going to do it one day. I decided that very day I was going to go and do motor racing, and I did.

I was probably 19 or 20 at the time. A real late starter, no go karts or anything like that. 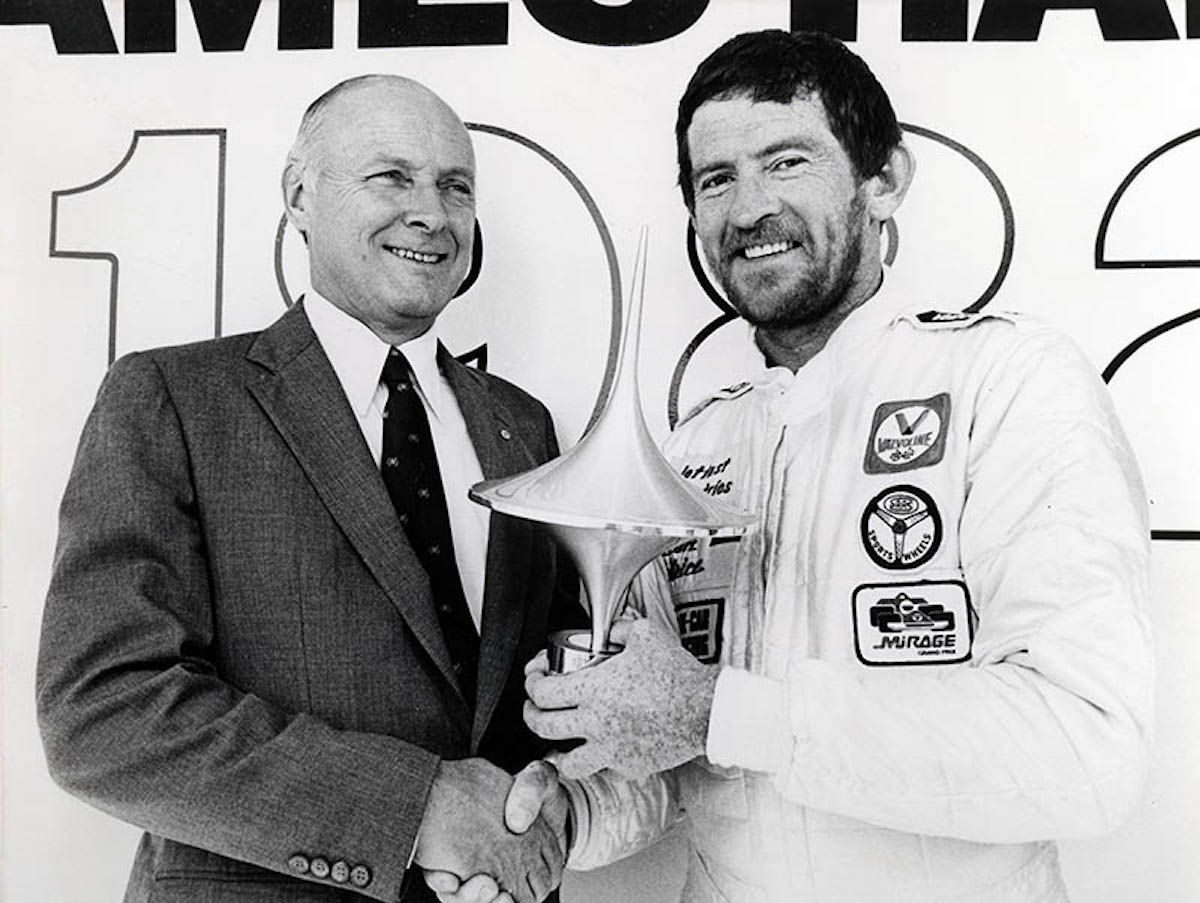 You were the Member for Broadwater in Queensland Parliament from 1992 to 2001. Did politics have an effect on your ability to go racing?

Not really, at that stage I was just co-driving in the long distance races and a bit of a guest driver in places. I wasn’t running my own team or in one full-time so it was quite ad hoc.

I had nine years in Parliament with the National Party over three terms. I enjoyed politics, I was a bit of a round peg in a square hole, so if I didn’t think my own mob were right, I’d tell them. I didn’t quite toe the line all the time!

Motor racing was probably more political than politics! Any professional sport would be the same I reckon. It was interesting, harder than the greater public thinks.

If you’re going to do the job properly it’s very time-consuming, but I’d do it again if I had my time over. 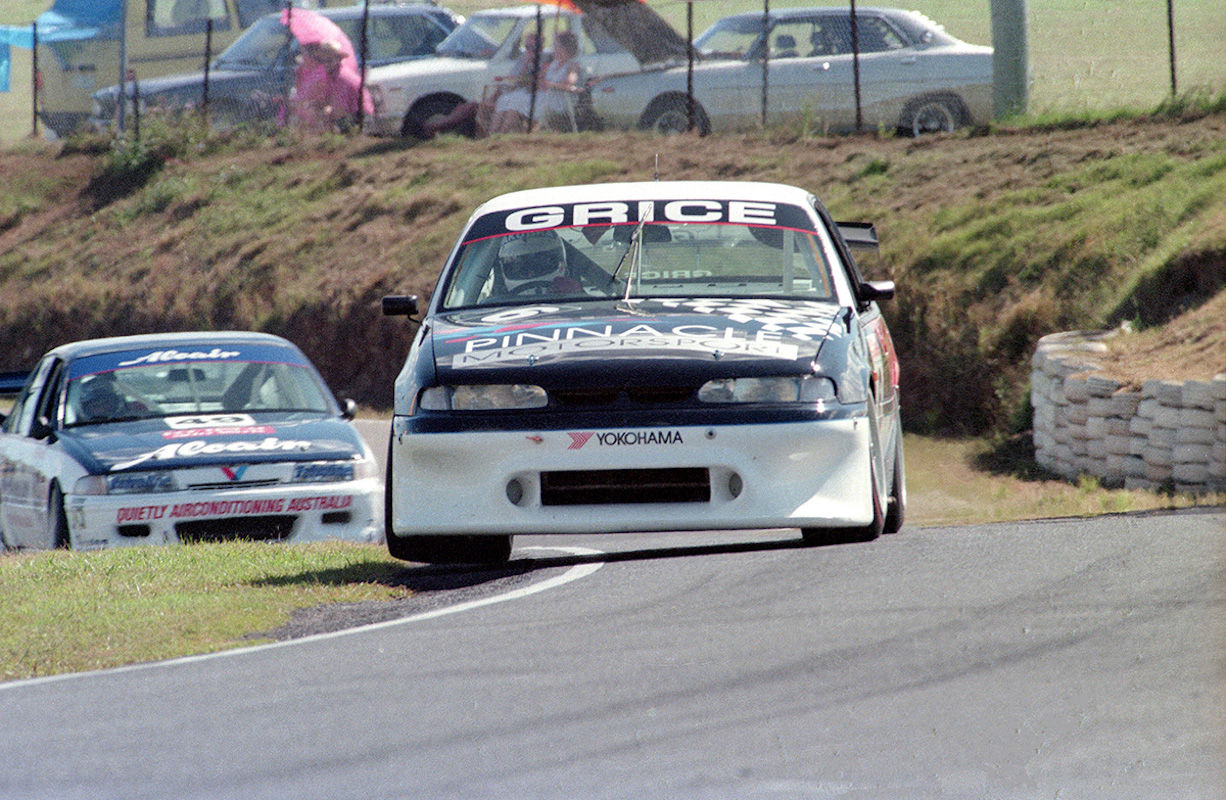 You had a short-lived return to competing in the championship in 1995 in a Commodore with Pinnacle Motorsport. What happened there?

That was a total disaster. It was run by a couple of real estate salesman who had an interest in motorsport. They thought correctly that if I drove they’d get free Yokohama tyres.

That bit was right, but what was wrong was they already owed Yokohama money from the previous year.

They were supposed to pay me, the money didn’t flow, I got a lawyer to go and tell them to get stuffed or pay me and they paid me for up to that period and I walked away.

It was all pretty silly, I shouldn’t have done it. 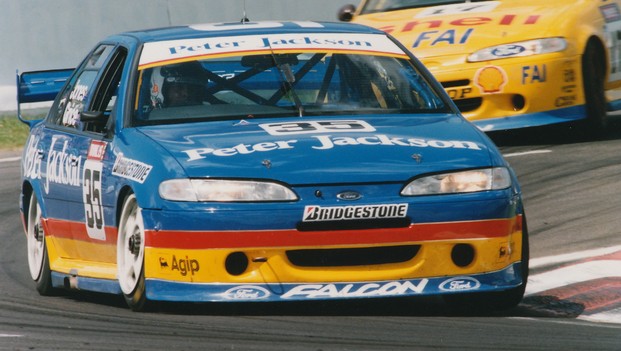 Fans heavily identify you as a Holden man given you drove Toranas and Commodores for the majority of your career, but you also drove BMWs, Mazdas, Nissans and Fords. What do you consider yourself as?

It was always a case of whatever you could get your bum in. I’ve always felt that race cars are tools of the trade, I’ve never fallen in love with them.

They’re like a cricket bat. If someone comes out with a better bat you better go and get one of them.

So you couldn’t call me a Holden man, though the majority of races I ran with a GM product, it just happened to be what suited (to drive) at the time.