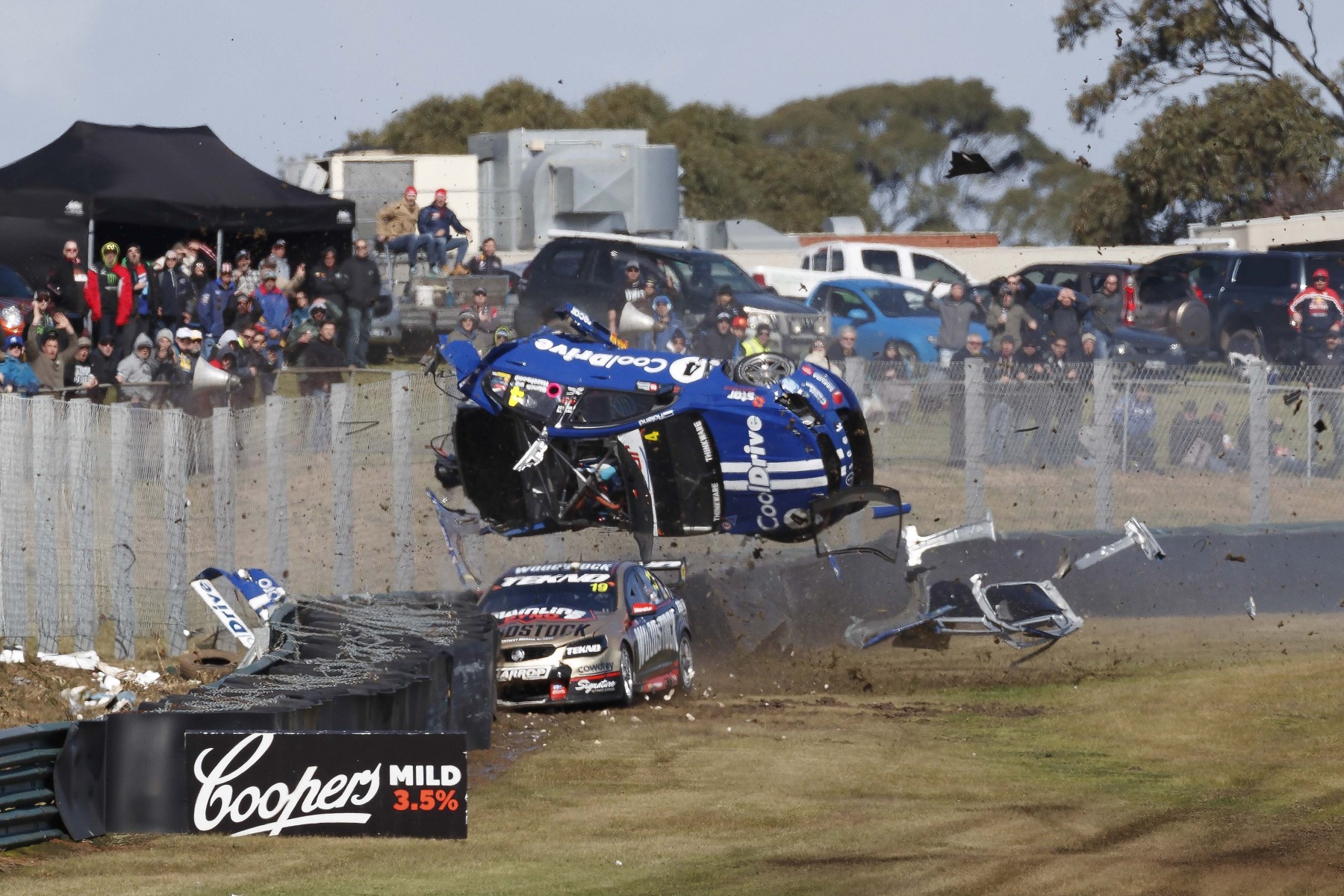 Few corners in Australasian motorsport have accrued such notoriety than Sandown's fearsome Turn 6.

This weekend's Penrite Oil Sandown SuperSprint will the iconic Melbourne venue return to the calendar following its absence last year.

It also sees a return of Supercars action to arguably the most thrilling corner on the calendar. 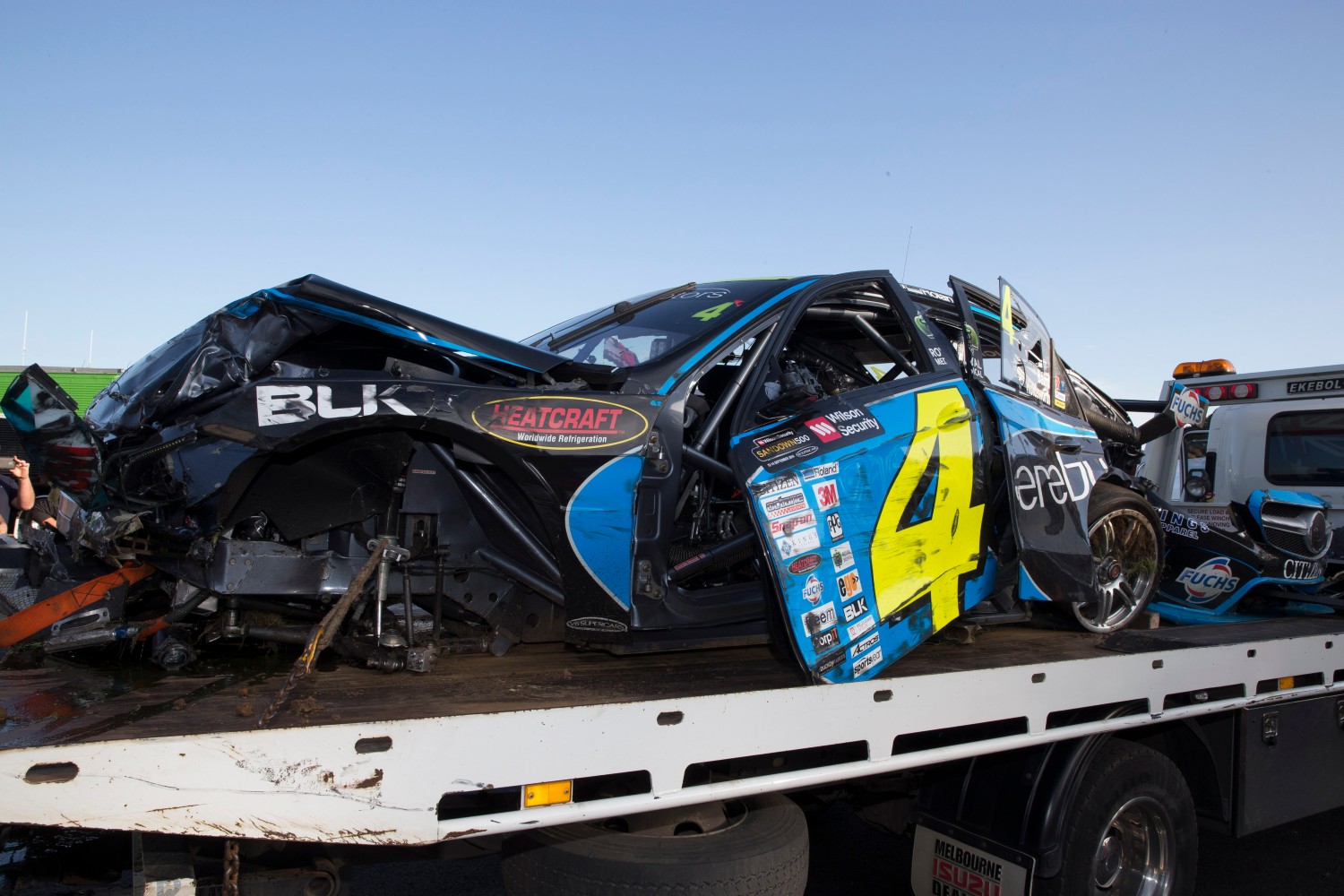 The aftermath of Lee Holdsworth's 2014 accident

The quick right-hander Turn 6 is taken at the end of the back straight, with cars approaching the corner at over nearly 270km/h.

Think of Pukekohe's Turn 9-10-11 sequence. The Surfers Paradise chicanes. Turns 2 and 3 in Perth. Turn 1 at Sydney Motorsport Park. The entirety of Mount Panorama.

All eye-popping corners, all taken by drivers with a degree of caution.

Sandown's Turn 6-7-8 complex is well and truly in the discussion, due to its tight run-off area, unforgiving kerbs and closing speed on approach to the tight left-hander Turn 9. 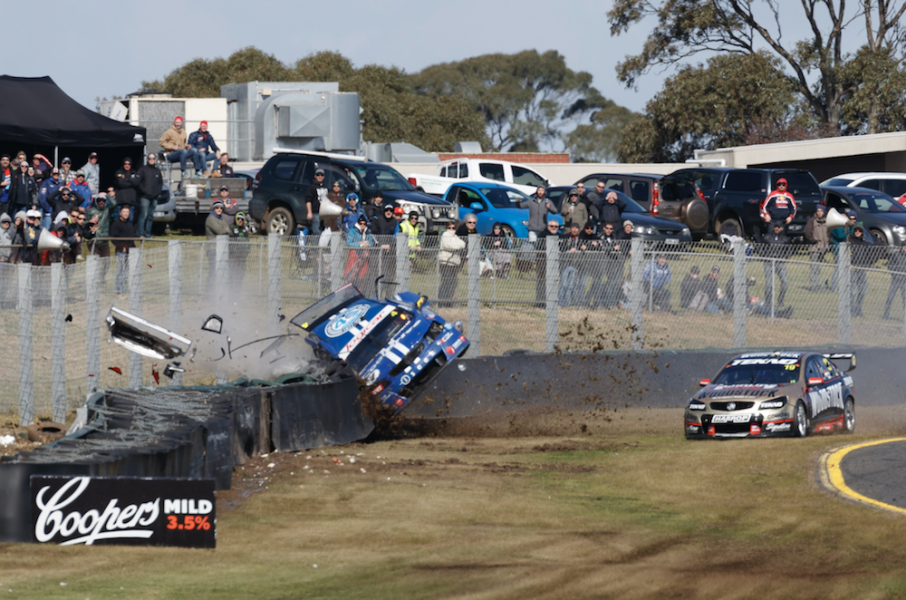 Changes were made to the barriers at the corner ahead of the 2018 Sandown 500, with modifications in 2019 seeing a new 18-metre asphalt run-off zone installed.

The armco barrier was replaced by a concrete wall, which is now protected by a four-deep layover of tyres within a conveyor belt.

Ahead of this weekend's return to Sandown, Supercars.com has listed eight of the most shocking accidents at the circuit's most infamous corner.

Back in 2005, Turn 6 was a different beast, with Simon Wills suffering a major accident in morning warm-up for that year's Sandown 500.

A narrow run-off area of grass, followed by armco barriers, did little to slow Wills' Team Dynamik Commodore, which suffered a brake failure.

The Kiwi was launched into a series of dramatic rolls, and he avoided injury. The car wasn't so lucky, with Wills and co-driver Max Wilson unable to start the 500km race.

Tander left the road at high speed and hit the wall at an estimated 265km/h, with the 2007 champion's right front tyre failing following early contact with Dumbrell.

A day later, the Holden Racing Team was left facing another big repair bill after Will Davison was sent into the barriers by Michael Caruso.

Davison was fed into the wall from behind, with the #22 Commodore launched into the air, with the fuel cell bursting open upon impact.

Early in the 2013 Sandown 500, a lapse of concentration saw Ash Walsh fire into the barriers.

From there, he was a passenger, with the Falcon crunched on the front right quarter.

A year later, the Baird Mercedes was involved in a terrifying accident with primary driver Lee Holdsworth behind the wheel.

Holdsworth suffered a right-rear tyre failure at peak speed on the back straight late in the Sandown 500.

The #4 E63 AMG careened across the grass and into the tyre barriers, registering an extraordinary 40g impact.

The then 20-year-old speared into the wall head-on, but he managed to walk away from the accident.

The crash triggered a Safety Car and eventually a red flag as extensive repair work began on the wall, with Garth Tander and Warren Luff going on to win the shortened race.

Perhaps the most terrifying accident on this list, and one Supercars.com will cover in more depth on Friday, Todd Hazelwood's crash in the 2017 qualifying race still triggers nasty memories.

The then 21-year-old was tagged into a spin by Jonathon Webb at the end of the back straight in the co-driver sprint race.

The CoolDrive Holden was sent into the tyre wall backwards, with Hazelwood’s car flipping violently before coming to rest on its side.

Hazelwood was able to extract himself from the wreckage, and was cleared on any injury.

The 2017 Sandown 500 was suspended on the opening lap for a second year running following a Turn 6 shunt.

This time, it was Taz Douglas' Lucas Dumbrell Motorsport car, with the #3 entry firing into the barriers after suffering a right front puncture.

Douglas made contact with Walsh, which resulted in the latter facing the wrong way at Turn 4. The tyre seemingly went down, resulting in the accident.