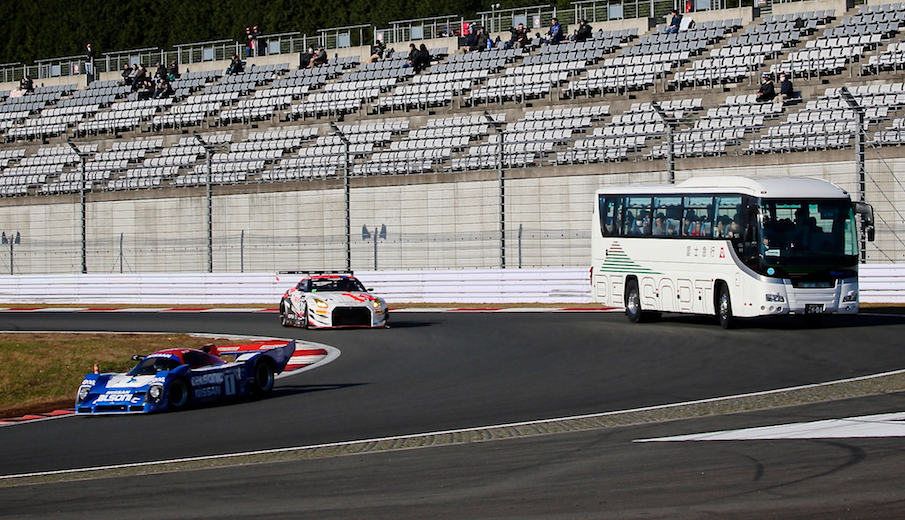 Special guests will be treated to the unique experience of being on track at Sandown while some of Nissan’s most famous race cars strut their stuff.

Nissan is bringing its ‘Circuit Safari’ to the Melbourne meeting, where guests travel around the circuit in buses while the race cars blast past.

It is a popular feature of the company’s annual NISMO Festival in Japan, but has not previously been run outside the manufacturer’s home country.

Sandown is a big event for Nissan, with 1,400 staff and families from its local operations scheduled to attend the circuit.

Nissan has selected a variety of race cars for the Circuit Safari from its Australian and international racing catalogues.

In addition to its current Altima Supercars and GT-R GT3, five Gibson Motorsport-prepared classics are scheduled to take part.

The two GT-Rs are the 1991 Sandown 500-winning GIO example and the factory entry that won the Bathurst 1000 the following month.

"The Nissan Circuit Safari is a unique way for Nissan to bring its motorsport heritage to life, and the Sandown retro round is the perfect place to do this,” he said.
“A feature of the NISMO Festival for many years, we are delighted to include some of Australia’s most famous Nissan race cars.
“To be in a bus as these cars pass you at speed will be a once in a lifetime experience for a lucky group of Nissan employees, owners and racing fans.
“In addition, it’s exciting for motorsport fans who have the opportunity to see them up close – whether on track or as part of the historic car display.
“Nissan has a rich history when it comes to motorsport, and like the retro round, Nissan Circuit Safari celebrates this.”

The Safari will take place three times over the weekend, with 10 to 15 minute slots allocated on Friday and Saturday mornings and Saturday afternoon, between the qualifying races.