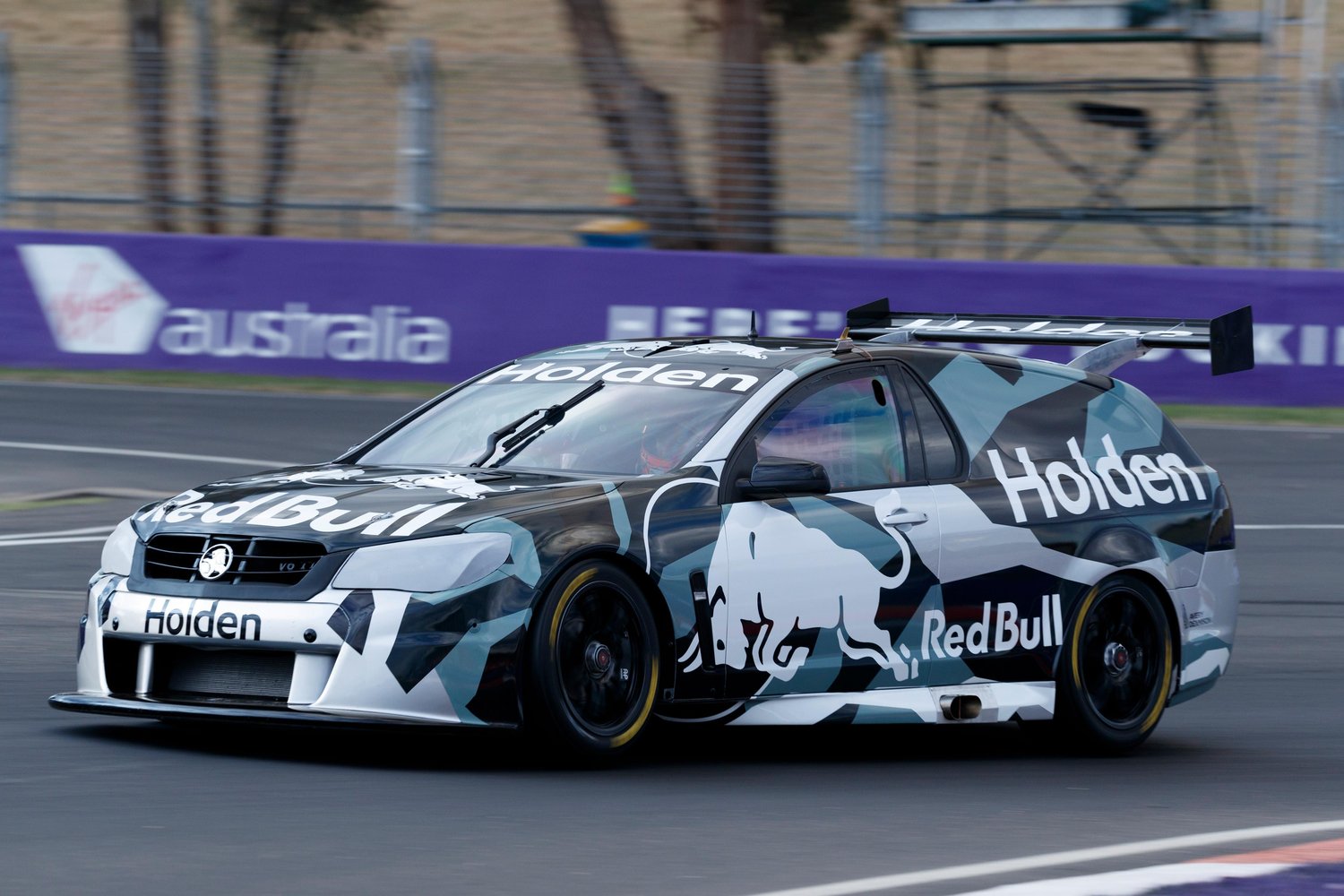 Triple Eight’s unique Sandman Supercar will hit the track for the first time in almost two years during the team’s Queensland Raceway test on Thursday.

Starting life as Jamie Whincup’s race car in 2013, it was reborn as a ‘Sandman’ ridecar the following year, paying tribute to the 40th anniversary of the iconic Holden panelvan.

It became the test mule for Holden’s short-lived V6 turbo project in 2017, but has not turned a wheel since that year’s Bathurst 1000, where Greg Murphy undertook demonstration laps.

Now converted back to V8-power, Triple Eight will perform a shakedown with it on Thursday before it returns to ride car duties, while also working with Supercars on engine development.

Craig Lowndes is slated to do the bulk of the laps in the Sandman, although Shane van Gisbergen, Jamie Whincup and Garth Tander will also be on hand and may too get behind the wheel.

“We’ve got some decent ride days coming up, so we need to make sure it’s bug-free,” Triple Eight manager Mark Dutton told Supercars.com.

“For us it’s mainly a shakedown, but Supercars want to do some engine work with it as well, so we’ll be letting them have a play with it too.

“The ECU package has been upgraded, which [Supercars engine delegate] Craig [Hasted] has developed with Motec and also [Triple Eight engine supplier] KRE.

“From our side we need to make sure that all works smoothly.”

The ECU software development is part of ongoing work on changes to Supercars’ engine package for 2020, designed to extend time between rebuilds and therefore reduce costs.

A move to drive-by-wire throttle, rather than the traditional cable, is being weighed up for next year as part of the proposed tweaks.

The Sandman has always run with a drive-by-wire system; Triple Eight having worked closely with Motec on the adaption of that and a paddle-shift for the car in 2014.

“At the time, the main point of doing that [the drive-by-wire] was to show Supercars what was possible,” said Dutton

“As an engineer, fly-by-wire is good, it has some definite positives, but for the category it’ll be about cost versus benefit.”

Triple Eight will run a total of five cars at its test, with the Sandman joining its full fleet of main game and Dunlop Super2 Series Commodores.

Dutton stressed the importance of the day for the Red Bull HRT entries ahead of next week’s Century Batteries Ipswich SuperSprint at the circuit.

“We’ve been working long and hard in the last few race meetings developing new things, whether it’s components or philosophies,” he said.

“Now’s the time to really try and filter out the good, the bad and the ugly from the things that we’ve been working on and refine it.

“We always talk at the track that we’re trying things that aren’t refined. Now we have to work hard to isolate what is good and refine it.”