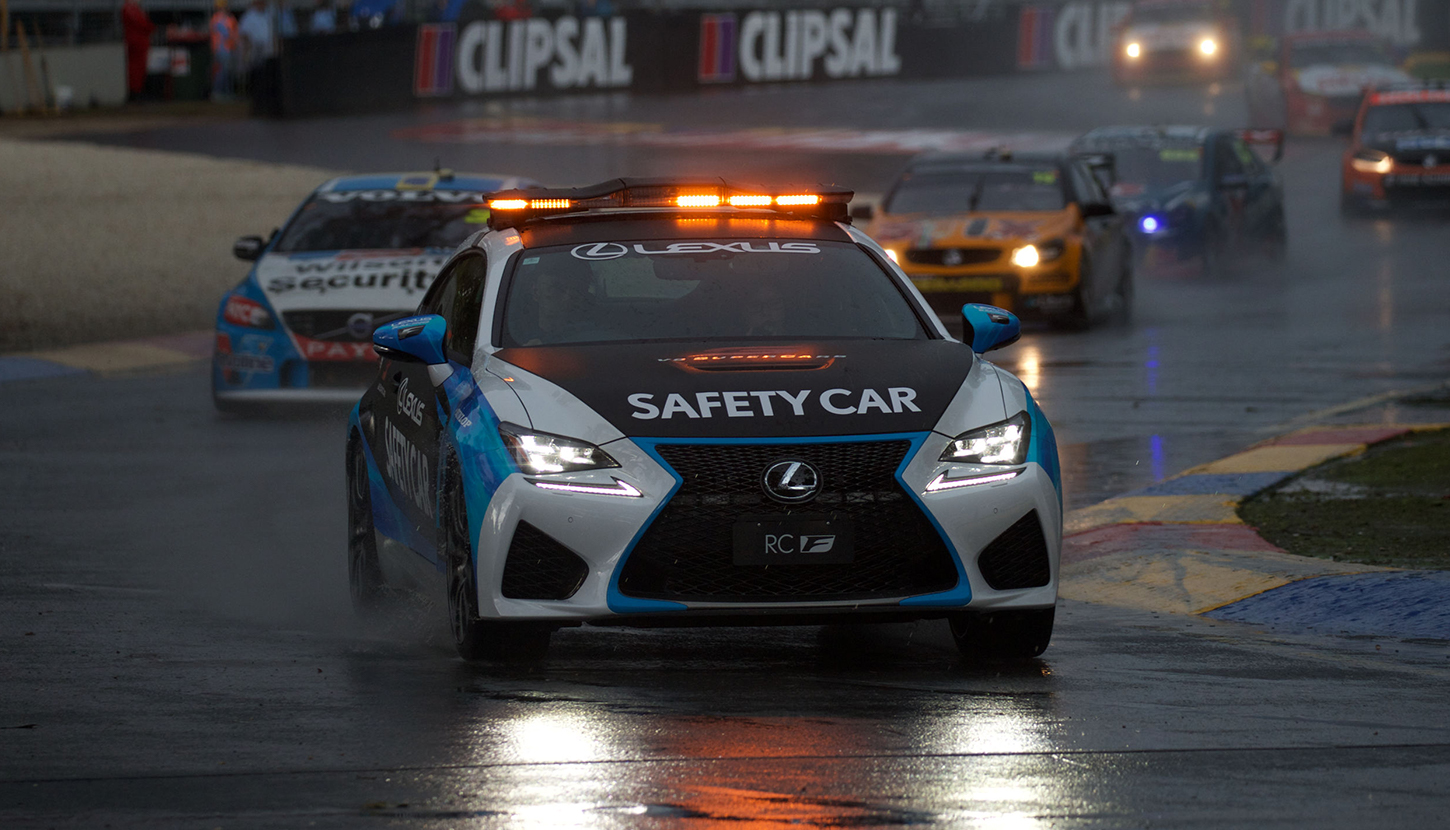 The safety car speed limiter uses a similar strategy to the pit lane speed limiter, and will be tested today at Winton Motor Raceway after practice two with the speed set at 100km an hour.

Cars had the package installed through the engine management software at the season opening Clipsal 500.

All cars are encouraged to participate in the test at the end of practice two today so rule makers can assess the full field.

“The topic of race car speed whilst under Safety Car has been around for a while and we have been looking at methods to control the speed,” Supercars Sporting and Operations Director David Stuart told supercars.com.

“One such method was the safety car speed limiter, which we had written into the engine management software at the beginning of the year.

“We had advised the teams they require a switch the driver can operate while seated in the car and this is the next step – to conduct a full-field test.”

The system was trialled at the beginning of the year, but testing it again on all cars is important.

“In doing that we’ll also be getting an idea of what the sector time delta is between doing 100km/hour and the speeds they’ll be doing in practice.

“From there we’ll be able to further develop the sporting regulation about how the switch will be engaged during the safety car period.

“It’s [about] collecting more information – the activation of the switch and the method of control by the switch is the easy part – it’s the development of the sporting regulations around how we employ the switch during a safety car intervention.”

There are still some pieces of the puzzle to be developed, but Supercars would not roll out a system of this sort before full validation.

“We need to understand – is 100km/hour fast enough, is it too fast, do we need to try and make it variable, all of these kinds of things. Then, how are we going to activate it during the Safety Car period and how we’re going to monitor that.”

Stuart was hopeful the process could be implemented for the endurances races starting in September, but will not rush the timeframe.

The situation under yellows was highlighted earlier this year in Tasmania when Supercars sped past stranded cars at the hairpin.