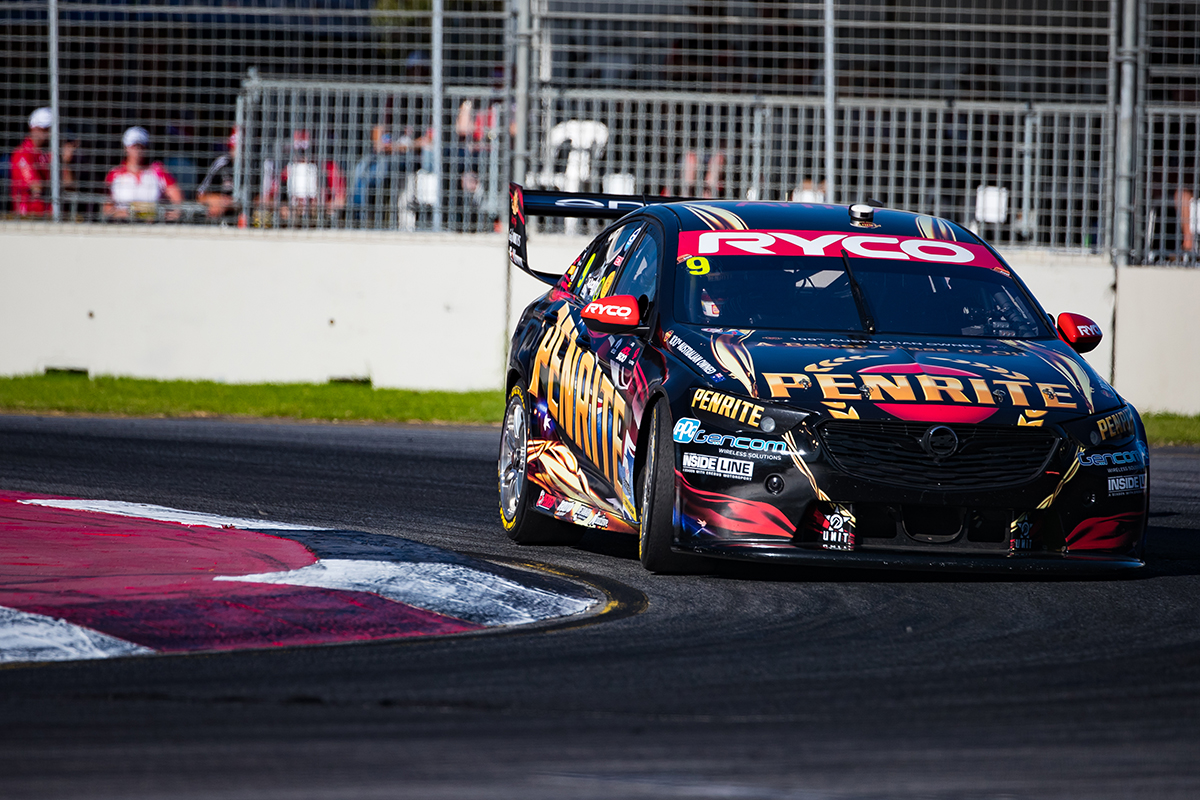 In their fifth season running Holdens based out of outer Melbourne, Penrite Racing has made no secret of its goal for the season: to win its maiden championship.

Toppling Triple Eight and DJR Team Penske is no small feat, one only achieved once since 2011 – by Tickford Racing in ‘15.

Ryan though has been buoyed by Reynolds’ pace that took him to second in the year-opening ARMOR ALL Top 10 Shootout.

The #9 Commodore challenged eventual winner Jamie Whincup for the lead in the opening stint of Race 1, with fourth the end result.

Ryan said the performance “definitely” supported their lofty aspirations for the year ahead.

“We had a good first stint, an average middle stint and OK last stint,” he said of Reynolds' race.

“We were first of the non-homologation teams so it’s alright. We’ve got a couple of little things to do; it’s not all bad. It’s a good way to start the season.

“We can make the car better, we know that, so a couple of little tweaks and we’ll be right.”

Starting from eighth, Anton De Pasquale appeared in a position to make it two strong results for the team but surprisingly went backwards as the race went on.

“He just didn’t have the pace,” Ryan assessed bluntly.

“We made a couple of changes based on something that went wrong with the car in the Shootout and then it was too late by the time we realised what had happened and from there the car was in the wrong direction.

“The best thing is we know where it has to go back to.”

De Pasquale himself described the day as “pretty hard”.

“We’ll have a look at it and Mirko [De Rosa, engineer] will tune her up,” he said.

“We had a few dramas, so we just have to iron all that out, understand it all and try to come back.”