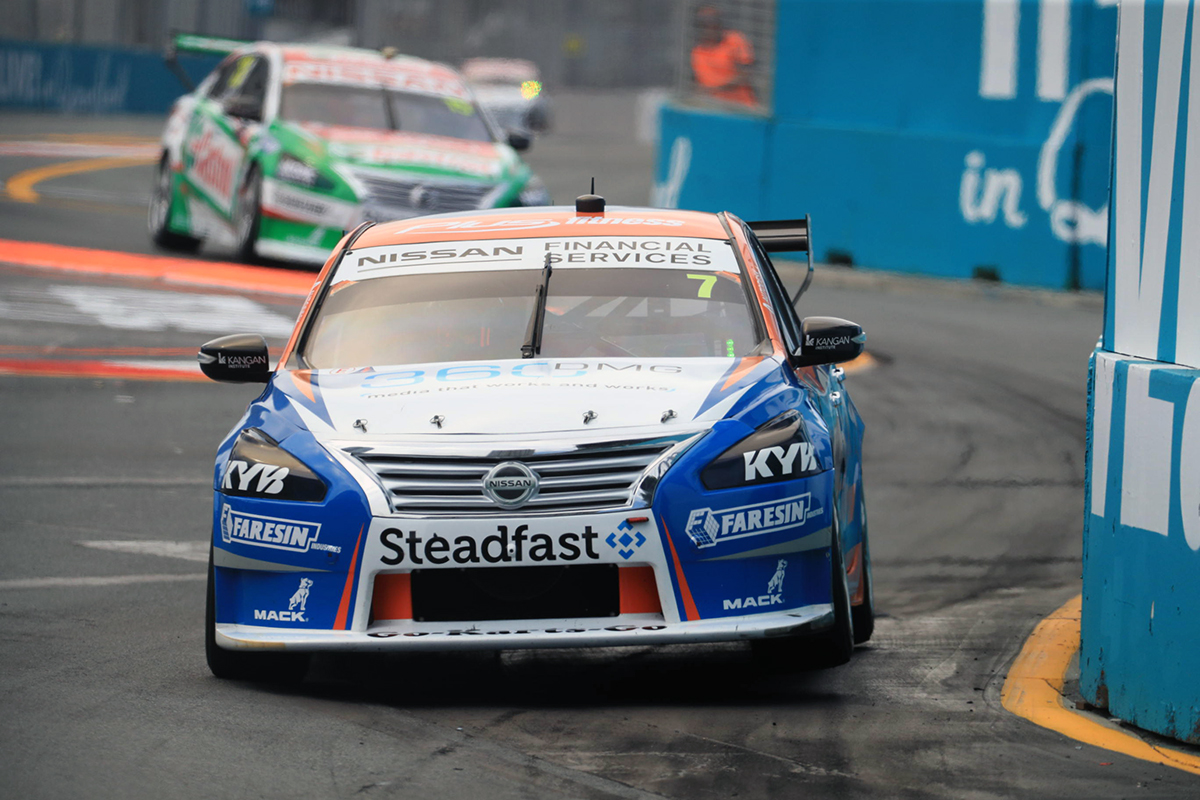 Nissan Motorsport's Aaren Russell set the fastest time in co-driver practice for the Vodafone Gold Coast 600, ahead of Earl Bamber.

Bamber himself vaulted up the order from outside the top 20 with seconds left on the clock in the day's second 30 minute session.

Dumbrell led Russell with a 1:12.0146s after eight minutes when the session was stopped, for the stricken #99 Erebus Commodore at pit entry.

Will Brown was bringing the Penrite Holden back to pitlane billowing what was ultimately identified as power-steering smoke, but opted to stop.

Improvements after the restart had Jonathon Webb on top with a 1:11.7675s when the session was red-flagged for a second time, with 15 minutes remaining.

This time, Garry Jacobson had nosed the Castrol Nissan that was fastest in Practice 1 with Rick Kelly into the wall at Turn 11 on an in-lap.

“I was too busy talking during the in-lap and just made a bit of a mistake,” he admitted.

“It’s my fault that I crashed the car, no one else did that, it was on me. You live and you learn, you’ve got to bounce back.

“We’ve got a couple more sessions before the race tomorrow, so move on.”

That stood until the final 90 seconds, when Aaren Russell displaced him with the quickest lap of the day, a 1:11.1204s going three tenths clear.

“It wasn’t an easy session, we had a brake drama midway through, the pedal went to the floor at Turn 1 which was a bit scary,” Russell said.

“But the team did an awesome job and it just feels good to drive an awesome car around here. The car was hooked up and I felt comfortable in it.

“The tyres were quite good, they weren’t green, I think Andre [Heimgartner] had done a couple of runs on them, so they were alright, but they were probably the best I’ve driven on for a while.

“The old co-driver life, you don’t get too many good tyres, so you have to make the most of your opportunities.”

Bamber was 21st but then leapt up the order to be his closest challenger, trimming the margin to 0.2943 seconds, in the Commodore he's sharing with championship leader Shane van Gisbergen. 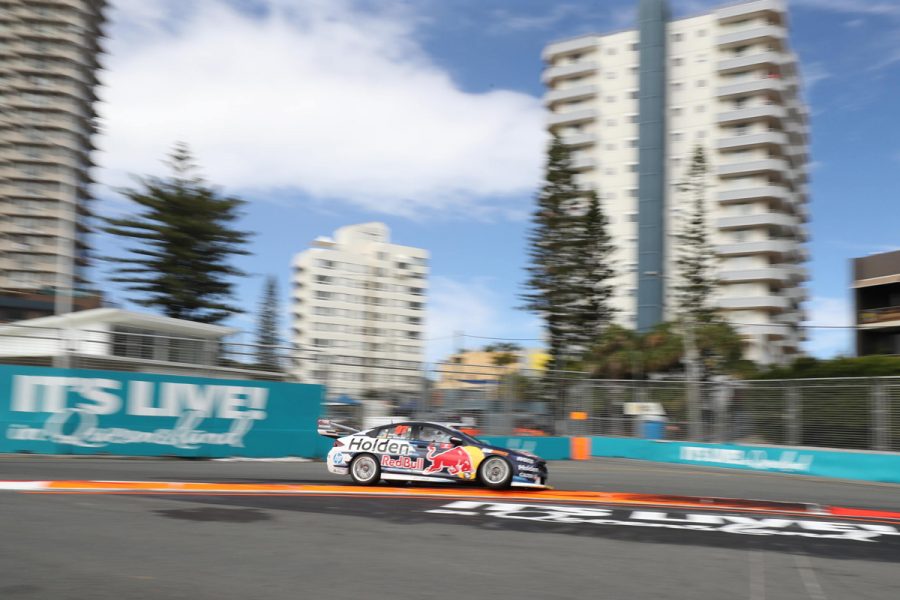 “The car is good, we’re probably a bit week over the kerbs, we’re good everywhere except the back chicane,” Dumbrell said.

“I think there’s also a bit in the driver, I’m getting a bit old these days and probably don’t take any risks.

“I saw James Golding give the wall a kiss earlier on today and I didn’t want to do that.”

After their problems, Jacobson and Brown wound up 20th and 23rd.

The Holden squad is hopeful of getting it back out for Practice 3, the day's last session, which starts at 5:00pm AEST.