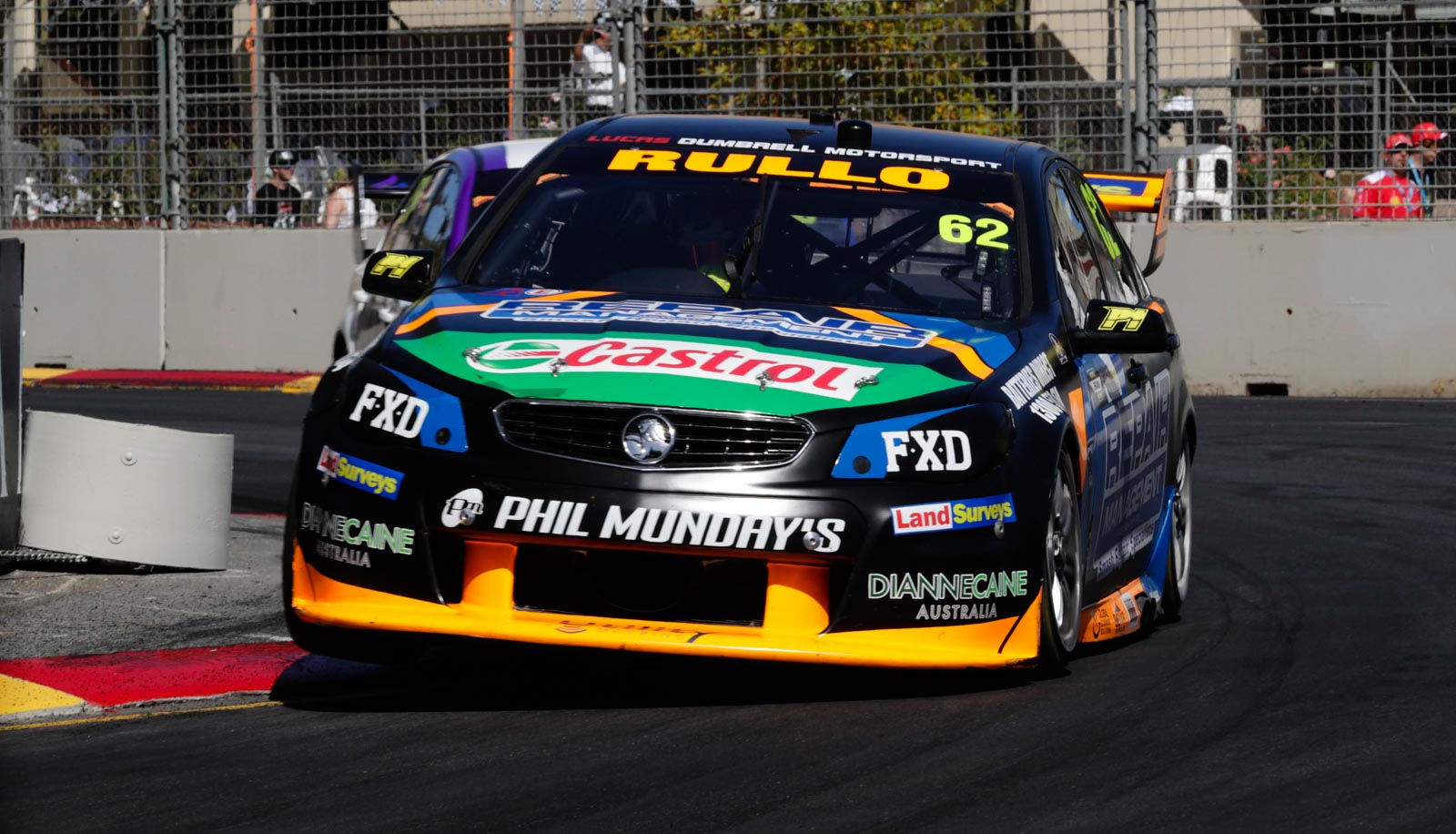 Supercars schoolboy Alex Rullo has been given the green light by CAMS to continue in the category at Albert Park following his debut at the Clipsal 500.

Falling short of the age and experience requirements for a full Superlicence, Rullo was issued a provisional licence ahead of the season opener that must be renewed after each event until he turns 17 on June 15.

Arocca, who makes the final decision, signed off a new licence for the non-championship races at Albert Park following two clean races for the teen in Adelaide.

“CAMS have obtained a report from Chairman of the Stewards incorporating comments and observations from the Steward, the Race Director and the Driving Standards Observer with respect to Alex Rullo’s driving during last weekend’s Supercars event at Clipsal 500,” read a CAMS statement supplied to Supercars.com.

“On the basis of that report it has been determined that Alex Rullo shall receive a Provisional Superlicence for the next round of the Supercars Competition at Albert Park between 23 and 26 March, 2017.”

Rullo told Supercars.com that he was pleased to have put in two solid performances after a shaky start on Friday that included a tangle with the Turn 5 wall during practice.

He improved to within 2.5s of the qualifying benchmark on Sunday, where he went on to take the flag three laps down in 25th.

“Our aim was to get through it and keep it clean and aside from the minor off in practice we definitely achieved that,” Rullo told Supercars.com.

“It (the licence) did play on my mind, but even without it I would have had the same mindset and goal.

“The biggest thing was trying to manage when to let the leaders through, especially in qualifying.

"I always had one eye on the mirror, trying not to hold anyone up. That was a little bit of a challenge but I think I did it well.

“I proved to everyone that I can be safe and confident in the series and it’s great to get the green light for the GP.

“The stewards said they respected how I drove so it was pretty good to have those comments.”

Rullo on Tuesday returned to his Year 12 studies at Perth’s Trinity College, where his classmates also gave their feedback on his weekend.

“They all had a word to me about it, which was pretty cool,” he said.

“Even the teachers had been watching and were saying congrats, so it’s good to have that support.

“I had a lot to talk about but I had to crack down and catch up on the school work I’d missed.”

Rullo was also pleased with how he pulled up physically after the event, which is renowned as the toughest on the calendar.

“Race 1 was pretty tough, I struggled a little bit midway through but pulled myself together for the last 30 laps or so,” he said.

“I woke up with pretty sore shoulders on the Sunday but I knew what to expect in the race and other than running out of drink early on it was a lot smoother.

“I still want to be the fittest guy on the grid, but I know I’ve got a lot of work to do in order to get there.”