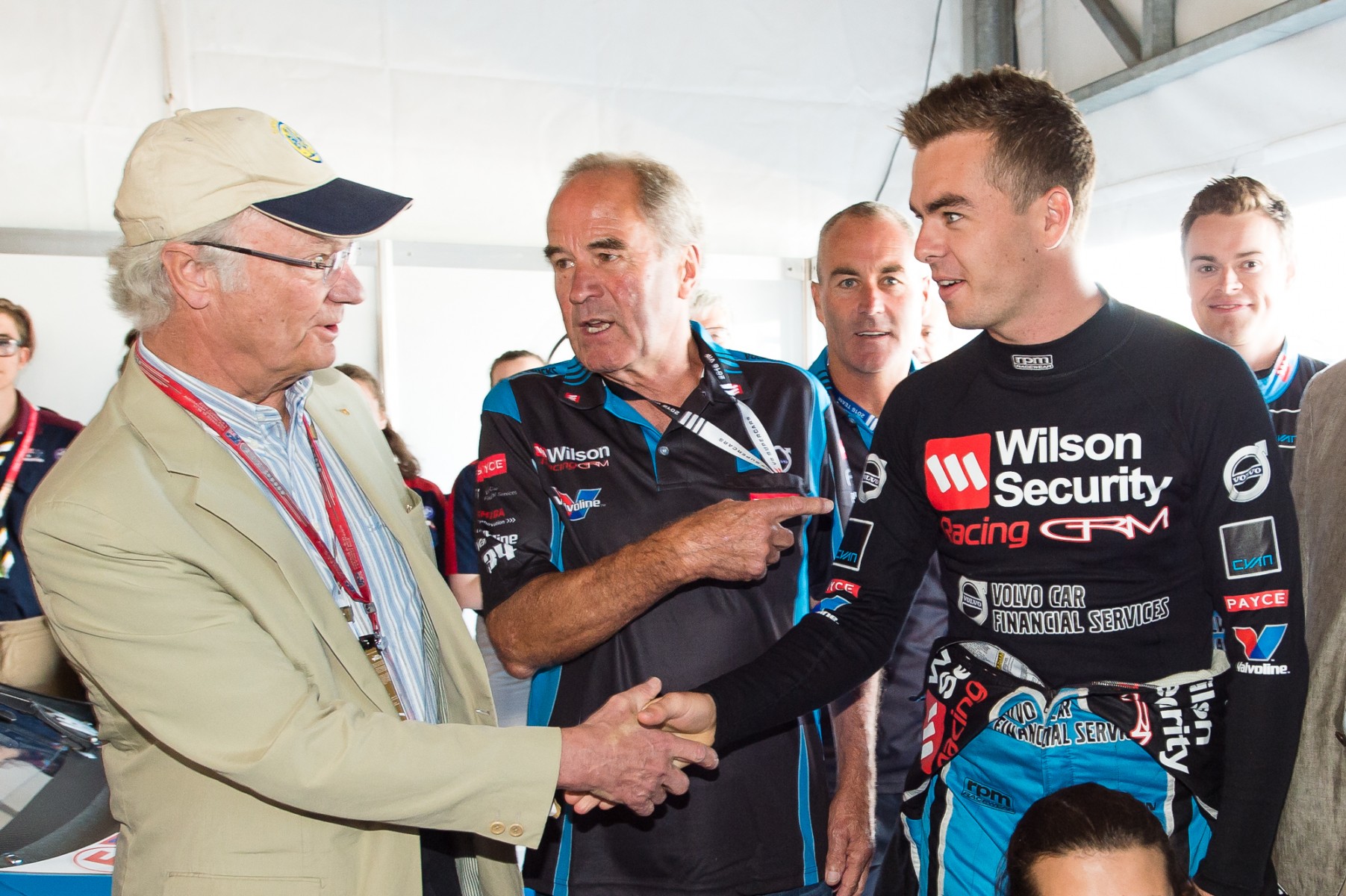 Garry Rogers Motorsport welcomed a very special guest on Sunday at the Australian Grand Prix with the King of Sweden popping into the garage for a visit.

Visiting Melbourne in his role as Chairman of the World Scout Foundation, His Majesty King Carl XVI Gustaf of Sweden toured the Volvo garage with some Scouts, watched Sunday’s V8 Supercars race with the team and impressed Rogers with his knowledge of the sport.

“He had a headset, he was listening in and he knows a little bit about it actually, he is quite well informed on our Supercar business,” Rogers told v8supercars.com.

“He certainly surprised me with his knowledge of it and he absolutely loved them. It was very, very good.” 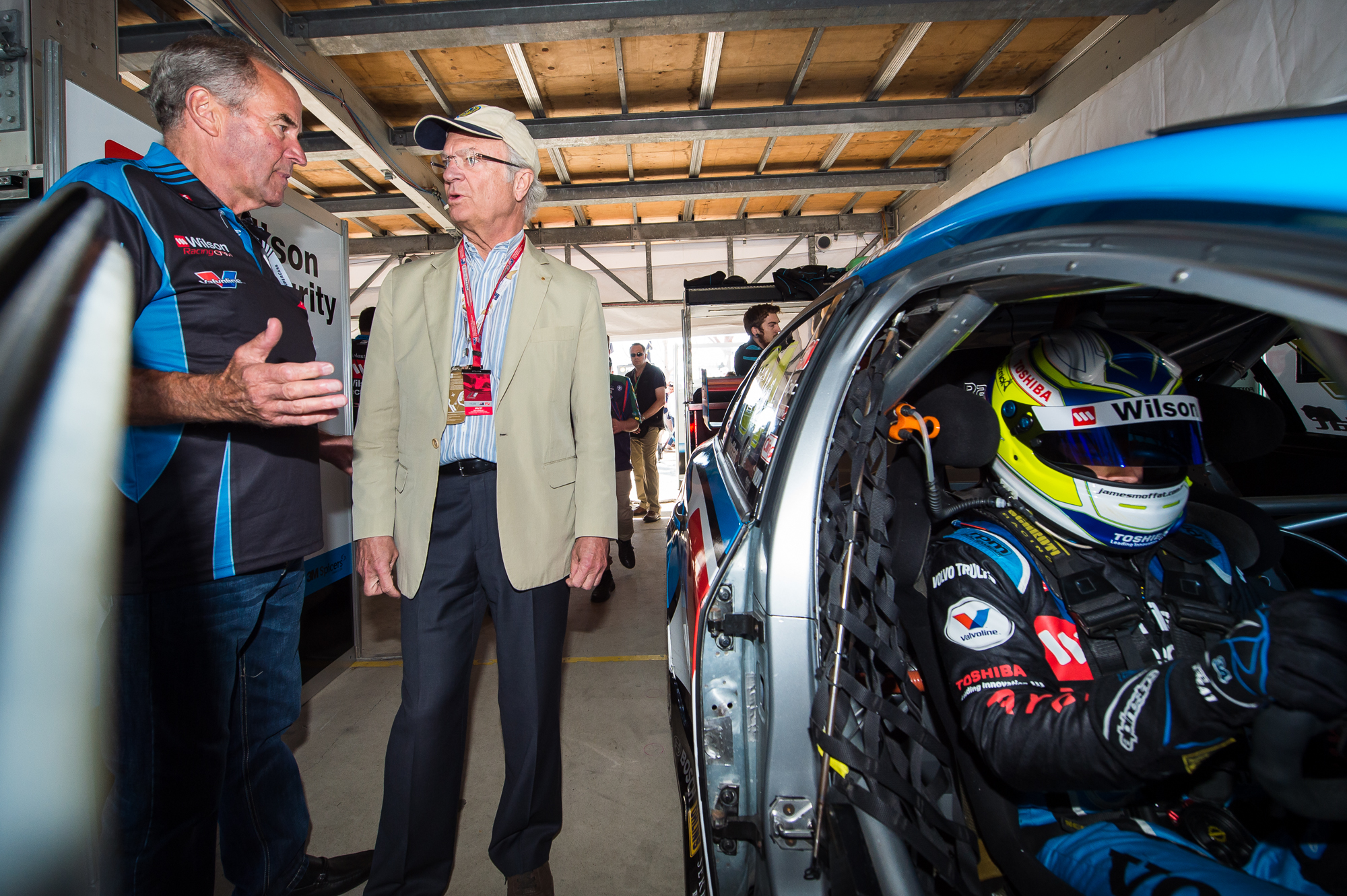 He hadn’t planned on coming out for the grand prix – but, according to Rogers, when the King realised the dates aligned he was more than happy to head out to the track.

“He wasn’t specifically here for the grand prix but when he found out it was on he came out … there were close to 80 or 90 scouts there.

“They all met outside the garage, all the scouts came in and surrounded the car, spoke to the King, the King spoke to them. He was he was very open, such a normal, lovely person … like I say, his knowledge of motorsport and in particular V8 Supercars – he really follows it, he really liked it, it was very good for our brand.” 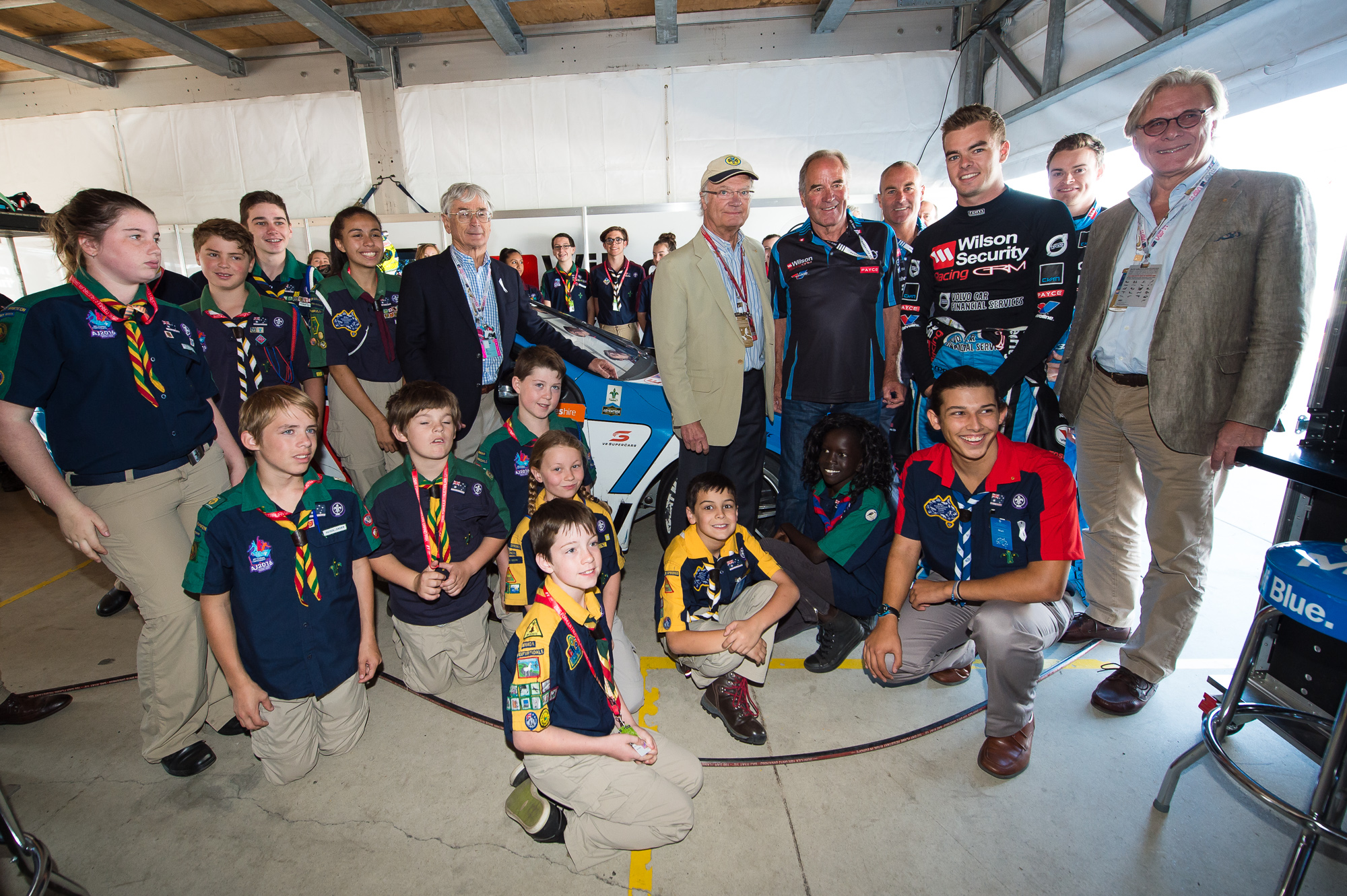 Rogers brought Volvo into the sport for 2014 and had a standout first season with Scott McLaughlin winning races and tying for the most pole positions that year.

He believes the manufacturer’s presence means V8 Supercars’ profile has increased the interest of the category overseas.

“Absolutely no doubt – and it’s not just Sweden,” Rogers said, referring to Europe as a whole and the United States as other places V8 Supercars’ profile has grown.