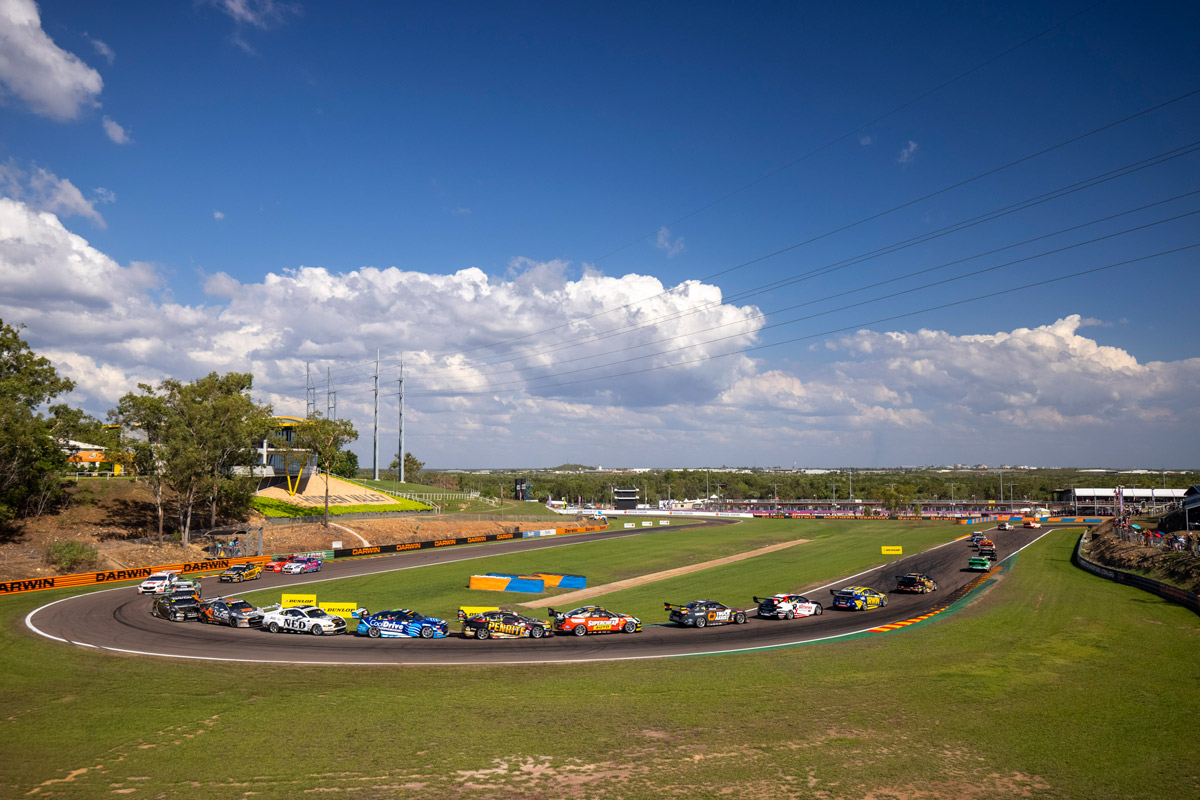 The return of limited mixed tyre allocations for the BetEasy Darwin Triple Crown made for another intriguing weekend of Supercars action.

A pre-round call was made to focus attention on the overall weekend points haul, with the Triple Crown Trophy awarded on the round result.

Jamie Whincup proved the big winner, pipping Fabian Coulthard for the major honour by virtue of his higher placing in the final race.

It marked a major recovery for the seven-time champion, whose troubled Saturday included a crash in Practice 2 and an unsafe pit release penalty in the race that left him 17th.

Scott McLaughlin also recovered from a self-confessed ‘rookie mistake’ on Saturday to be third for the round, losing just six points to nearest title rival Whincup.

Walkinshaw Andretti United’s Chaz Mostert was the best of the rest in fifth, having also recovered from a bad start to the weekend.

The #25 Commodore started Saturday’s race 20th after a tailshaft failure in qualifying, but finished inside the top 10 in each race.

De Pasquale had led the weekend points ahead of the finale, but struggled to 23rd in that race having elected to re-use his already worn soft rubber.

It was a far from ideal weekend for Supercars’ two four-car teams: Tickford Racing and Brad Jones Racing.

Having been highly competitive at Adelaide and Sydney, Tickford’s best driver for the round was James Courtney in ninth, largely thanks to his second in the Saturday race.

BJR’s disastrous Saturday put them on the back foot - Nick Percat ending up as the team’s best performer in 15th.

Macauley Jones paid heavily for his Saturday DNF, taking the lowest tally of points from the round.

It wasn’t much nicer a time for Walkinshaw Andretti United rookie Bryce Fullwood on his first home event, managing just 21st for the round.

Supercars will return to Hidden Valley Raceway next weekend for the CoreStaff Darwin SuperSprint, where only soft tyres will be in play.