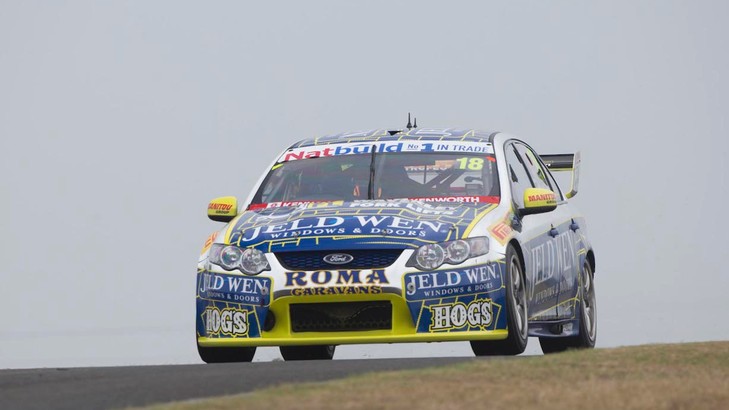 Roma Caravans, Australia’s longest established caravan manufacturer, has extended its relationship with Team JELD-WEN into a second season, taking the Melbourne company’s association with V8 Supercars into its sixth season.

“Traditionally, caravans appeal to an older audience, however through our V8 Supercars sponsorships over the last six seasons, we’ve been able to draw in a younger, more dynamic customer base,” Palmerini said.

“The exposure we receive in print and on television gets us access to that market that may not traditionally buy caravans, and that has been great for our business.

“We’re looking forward to a big 2014. Team JELD-WEN is an exciting team to be a part of, and with Jack Perkins on board, we’re excited about what the future holds."

Team JELD-WEN owner Charlie Schwerkolt said maintaining the relationship with Roma was great for the team, with stability a key to success.

“Team JELD-WEN is in a very fortunate position, in that we’ve maintained the relationships with all of our key partners for the 2014 season. Roma Caravans is a great brand, and the Palmerini family make the best caravans in Australia, bar none. We’re proud to be associated with such a fantastic company,” Schwerkolt said.

Roma Caravans will have a product display at the Clipsal 500 Adelaide event, as a part of a vintage caravans display. Tickets are available to the season opening Clipsal 500 now, which runs from February 26 to March 2.