One year on, Scott McLaughlin says his 2016 Supercheap Auto Bathurst 1000 accident with Jamie Whincup and Garth Tander was the “most gut-wrenching moment of my life".

In a controversial finish to last year’s Great Race, Whincup crossed the line first but had been handed a 15-second time penalty, with Will Davison and Jonathon Webb crowned victors after Triple Eight’s appeal was rejected.

McLaughlin was the effective race leader when Whincup made a move up the inside at The Chase on lap 150, but locked his rear brakes and made contact that forced the Garry Rogers Motorsport Volvo wide.

As Whincup slowed on the exit in a bid to redress the clash, Tander was bottled up behind and then darted out to the right to find a way past as McLaughlin rejoined, and the pair collided.

The Red Bull driver’s penalty was for ‘careless driving’ in the initial clash with McLaughlin, which was ultimately never redressed.

On the eve of this year’s race, all three drivers reflected on incident for Supercars.com.

“That would have to be the most gut-wrenching moment of my life,” McLaughlin, now with Shell V-Power Racing, said.

“I was in a lot of disbelief. I was just gutted, because it was my last year with GRM and I felt like we had a good car. I really wanted to get them a podium at least. 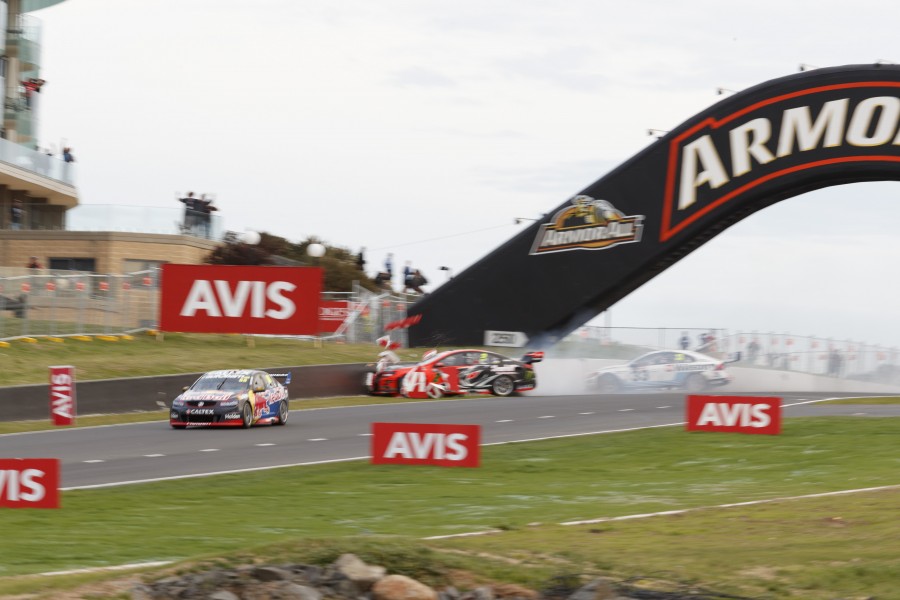 “I think if we had got through that we would have been on the podium, unfortunately those things happen, you’ve got to move on.

“I was gutted, emotional, angry, sad, but at the end of the day we had to fight on and there was no person better in your corner than Garry Rogers to come over and say ‘let’s get on with things and push on’.

“To this day, I thank him for that and making sure my emotions were in check.”

Tander had won the Sandown 500 with Warren Luff before being told by the Holden Racing Team - itself losing factory branding - that he would not be retained for 2017.

Having replaced McLaughlin this season as GRM reverted to running Holdens, Tander said “last year’s clearly in the past”.

“I sort of saw the whole crash happen in front of me,” he recalled. “It all went in slow-mo.

“I could see there was a gap up the inside and because I wasn’t part of the Jamie/Scott incident in the first place in The Chase, I didn’t have to worry about any redressing.

“I think if you ask all three people that were involved in that, they would say ‘yes’, they would do something differently.

“But ultimately, if you ask any racecar driver, when there’s 10 laps to go, when you feel like you’ve got a fuel advantage over your opposition, and there’s a hole in front of you that’s presented, would you take that hole? 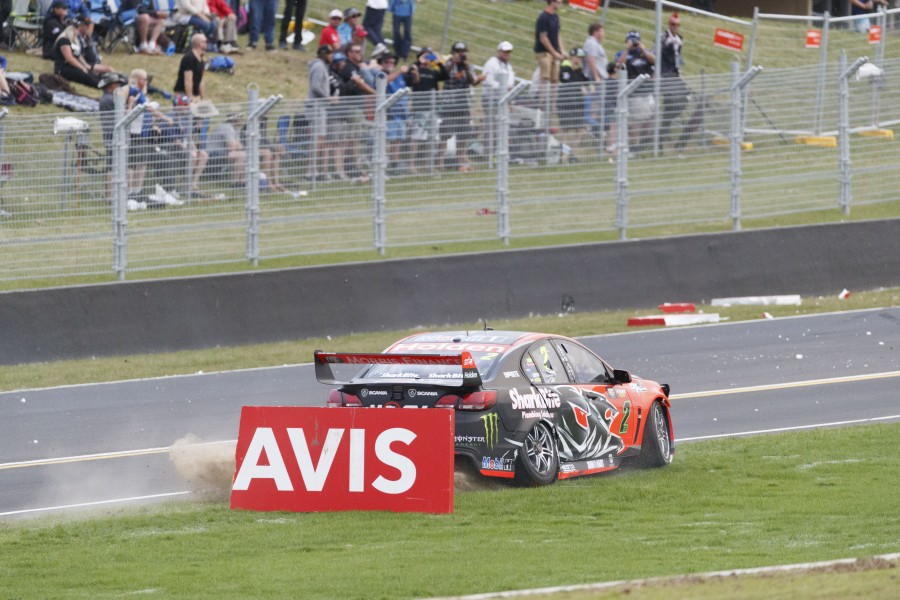 “The answer would be ‘yes’, 99 percent of the time. If I didn’t go for that gap and we didn’t win the race, I would have regretted it.

“Probably what I would’ve done would be less polite to Jamie while he was busily redressing an accident that I wasn’t involved in.”

Starting from pole position, Whincup and Paul Dumbrell had dominated the race, leading all but seven of the first 109 laps.

Rejoining in what was effectively third behind McLaughlin and Tander - Fabian Coulthard led but had to stop again - for the run home, Whincup was chasing a fifth Bathurst win and first since 2012.

“I backed it off a little bit, unfortunately [McLaughlin] and Garth had a coming together and took each other out, so there was no opportunity for me to redress,” Whincup, who was demoted to 11th, reflected.

“It was a fairly ordinary call from upstairs to give me a 15-second penalty to put me out of the race. 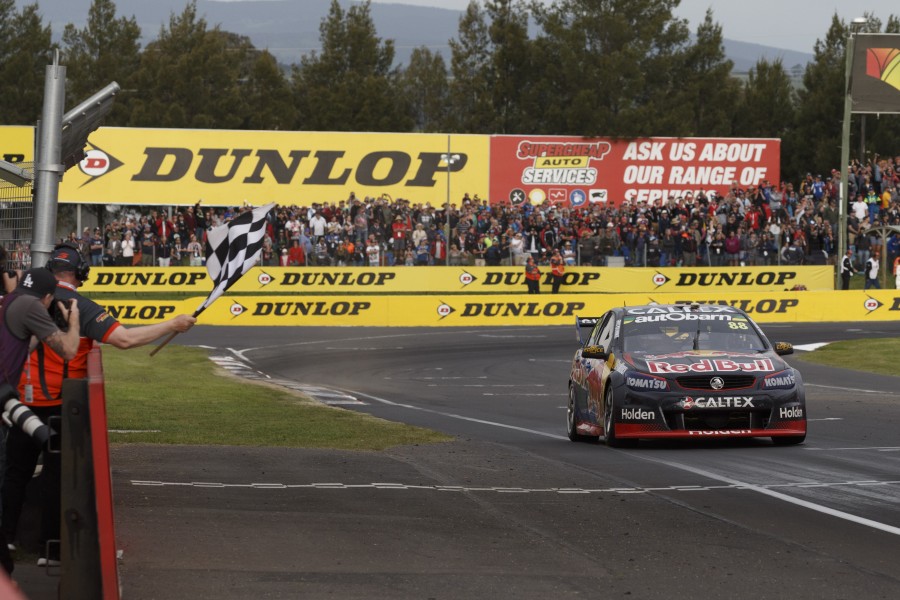 “It did hurt, it’s the biggest race of the year and we did everything we absolutely could to finish on top.

“There’s certainly nothing I would’ve done differently and I won’t do in the future.

“The day a racing driver doesn’t take an opportunity is the day they should probably hang the helmet up and give their position to someone that will take the opportunity.

“That move [on McLaughlin] was on, every day of the week. It doesn’t matter if it was the biggest race of the year or the smallest race, it doesn’t really matter.

“That move was on, I went down the inside, unfortunately there was contact, but my car was very quick and we had plenty of fuel to go to the end.

“I wish we had’ve all been able to continue from that and battle it out for the last 10 laps, but unfortunately it wasn’t to be.”