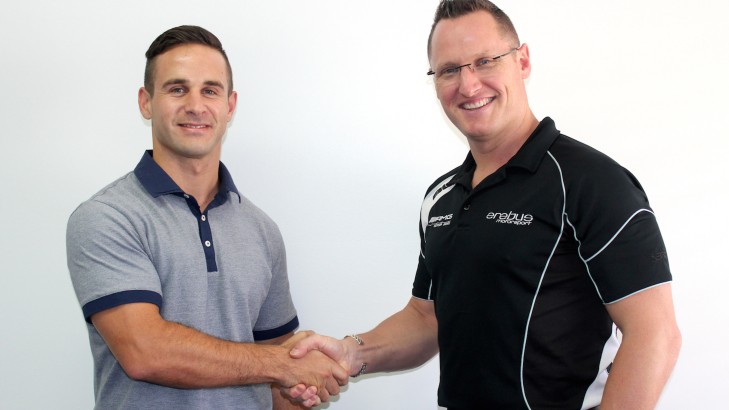 Erebus Motorsport has secured a coup for the future, today confirming the signing of rising star Ash Walsh as the pilot of the #4 Mercedes-Benz E63 AMG for the next two years.

Joining experienced V8 Supercars pilot Will Davison at Erebus Motorsport, 26-year-old Walsh will receive his first full-time V8 Supercars drive in 2015 after being one of the front-runners in the Dunlop Series for the past two years.

Walsh, who has tasted V8 Supercars action as a co-driver with Dick Johnson Racing in the Pirtek Enduro Cup since 2013, has benefitted from three full years in the V8 Supercars' premier development category with Matt Stone Racing and has recorded an average finishing position of 2.5 and an average qualifying position of 4.5 so far in 2014.

After finishing runner-up in last year's Dunlop Series, Ipswich product Walsh looks again set to mirror that achievement this season as he currently sits second in the Dunlop Series driver's championship heading into next weekend's final round at the Sydney NRMA 500.

Erebus Motorsport CEO Ryan Maddison said the highly-regarded Walsh deserved his chance in the V8 Supercars field having proven to be a consistent performer over a number of years in the Dunlop Series.

"Ash has consistently been one of the leading drivers in the Dunlop Series for the past few years and comes highly recommended from two of the most respected figures in the industry in Ross and Jim Stone,'' said Maddison.

"For Erebus, Ash represents an attractive all-round package for our team and has earned the chance to take his career to the next level in the V8 Supercars field - a step that other young drivers such as Scott McLaughlin and Chaz Mostert have taken with great success in recent years.

"We believe there are similar synergies between Erebus Motorsport - as a young, developing team - and the point where Ash currently is in his career and we believe the best is yet to come.''

Walsh said he was thankful to Erebus Motorsport Owner Betty Klimenko for providing him with the chance to test himself in V8 Supercars and said he was looking forward to working alongside former Bathurst winner and respected V8 Supercars driver Davison.

"I feel like it's been something that I've worked towards my entire life really, trying to make it as a professional race driver. So for me, it's the culmination of many years of hard work and I'm very proud to represent Erebus and thankful for the opportunity they've given me,'' said Walsh.

"Will is a driver with a pretty impressive CV, so for me, I need to take all the benefits that adds and work with the great group of guys at Erebus to bring myself along as a driver. Obviously coming into the main series, I've got a lot of work to do and I'm looking forward to having that opportunity.

"Without people like Betty in our sport it doesn't happen so I'm glad that I'm coming into a team that has a figure like Betty who really cares about what's going on in our careers. For me, she's given me this opportunity to come into the main series and I can't thank her enough for it.

Walsh will finish the year in the Dunlop Series with Matt Stone Racing at the Sydney NRMA 500 before joining Erebus Motorsport in January next year.

His first official appearance in the #4 Mercedes-Benz will be at next year's sydney.com V8 SuperTestat Sydney Motorsport Park from February 7-8.