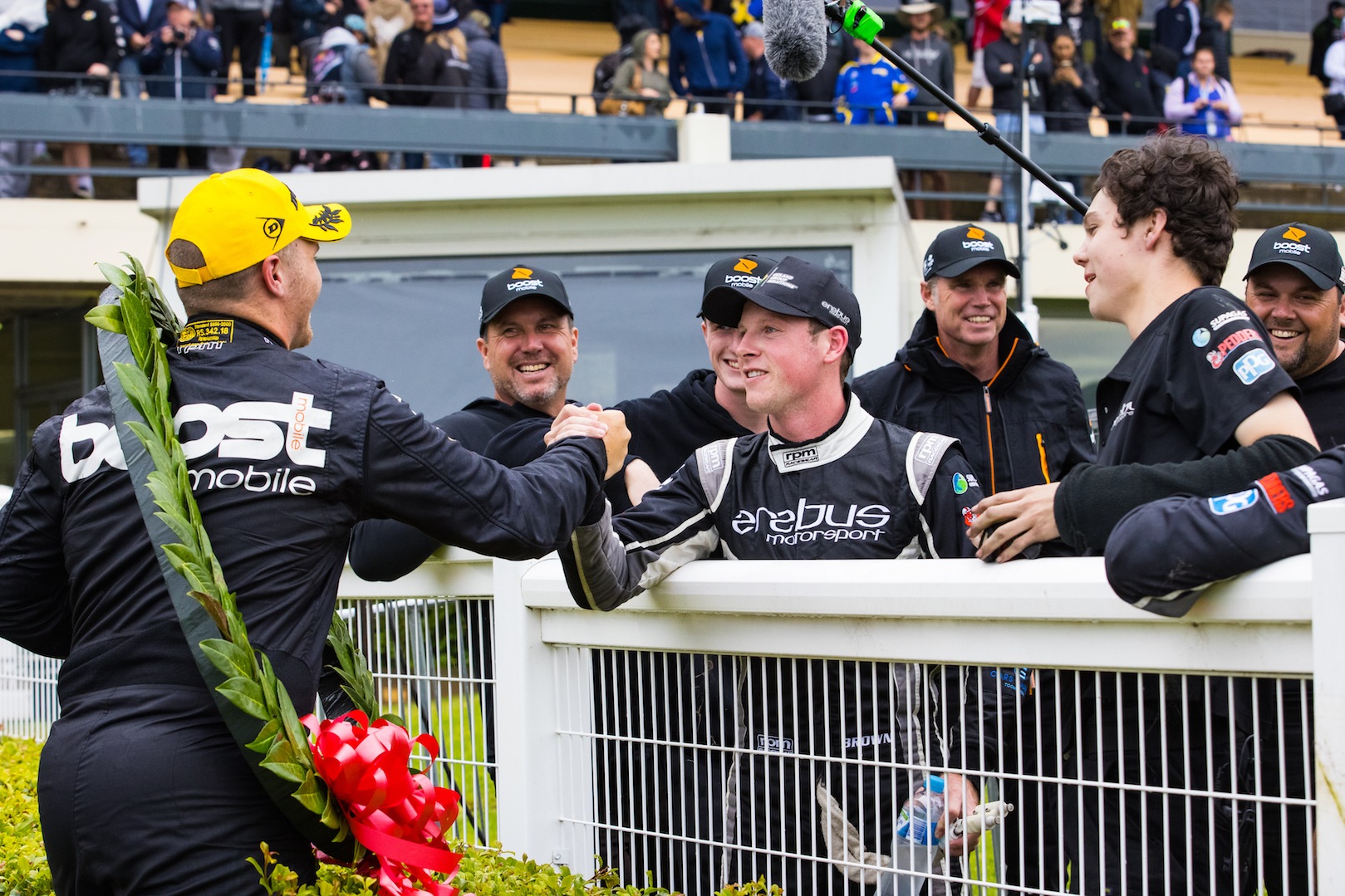 The new docuseries centred on Erebus Motorsport will give viewers insight into Will Brown and Brodie Kostecki’s maiden round with the team.

The next two instalments of the eight-part Access All Areas: Erebus Motorsport series will premiere on Wednesday March 16 on Fox Sports.

Episode 5 covers the rookies' first weekend with the team in Bathurst, headlined by Brown’s heavy crash in the first practice session.

Episode 6 takes fans behind the scenes of Kostecki’s first podium at a rain-soaked Sandown.

In just his 11th full-time appearance, the 24-year-old navigated the tricky conditions to finish second.

The documentary is narrated by renowned Australian actor Gary Sweet.

The fifth and sixth episodes will air on Fox Sports 506 on March 9 at 8:00 AEDT, and are later released on demand via Kayo.