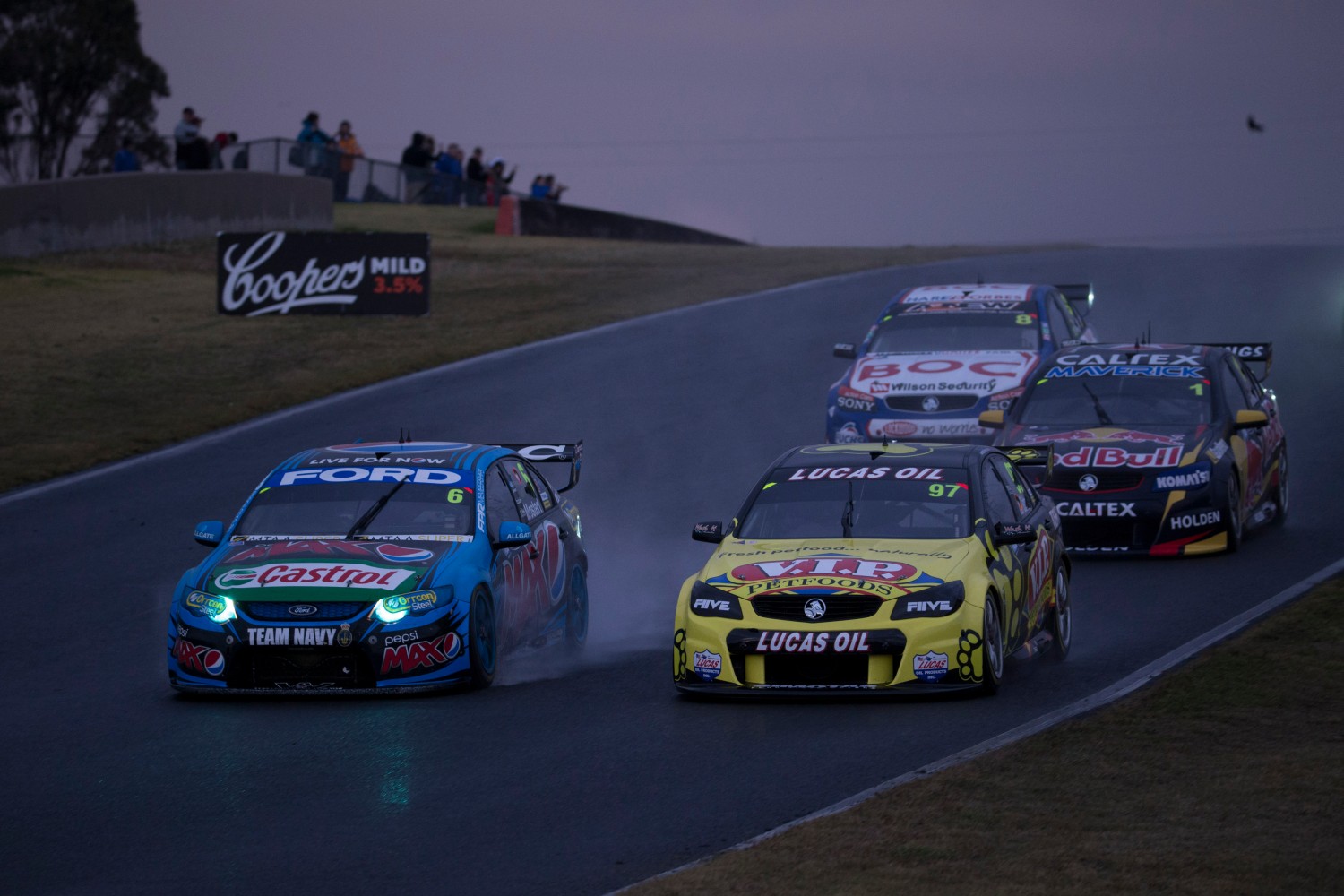 In way, it's already been done in Supercars, with a young Shane van Gisbergen leading a synchronised trio of drift kings at a rain-sodden Sydney Motorsport Park in 2014.

Van Gisbergen won both races on a Saturday which was run under dark, rainy skies.

Western Sydney's wet weather turned the circuit into an ice skating rink, but it offered the perfect opportunity for a young van Gisbergen to execute his skills and win in the wet for the first time.

He polished off the victory in the earlier Race 26, but despite making it look simple, he downplayed his win, which came after Jamie Whincup made an error.

"We haven't raced in the wet for years, so winning was pretty cool.

"I had a pretty good start, then Jamie made a mistake and I just slipped through." 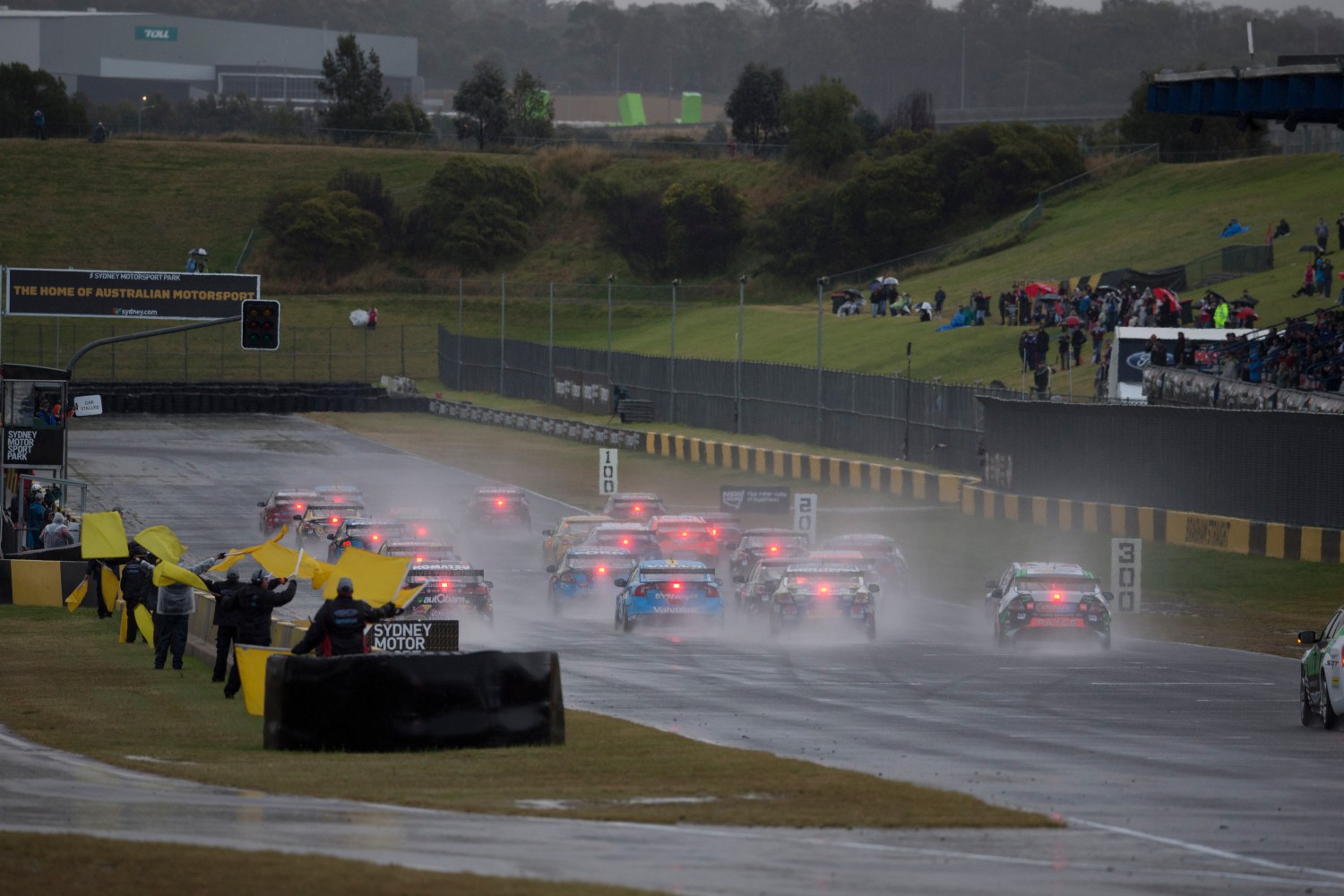 Some drivers thrive in the rain. Others battle, with Mark Winterbottom struggling to 17th in qualifying for both Saturday races. Robert Dahlgren crashed his Volvo, Michael Caruso spun Scott Pye, and Nick Percat spun at high speed.

The conditions were tailor-made for the most hearty of spectators, but as the rain continued to fall, with darkness enveloping Sydney Motorsport Park, Race 27 loomed as a greater challenge for drivers and fans.

Van Gisbergen avoided an error of his own at the final corner to again be the star man in the wet, going back-to-back to hand Tekno one of its most storied days.

Not that van Gisbergen, who is constantly labelled the most talented wet-weather driver on the grid, actually enjoyed the situation.

"I hate driving in the wet, but for some reason, I'm all right at it," he said after the race.

"It rained almost every race in Formula Ford back in New Zealand.

"Sitting in an open-cockpit car, that was the worst."

Amid Winterbottom's struggles, Chaz Mostert was a source of delight for Ford as he beat Whincup to second behind van Gisbergen.

Less than two months later, Mostert was a Bathurst winner, and also won a rain-hit race in Sydney in 2015. In 2017, he went even further and claimed a remarkable victory under rainy skies at the treacherous Gold Coast street circuit. 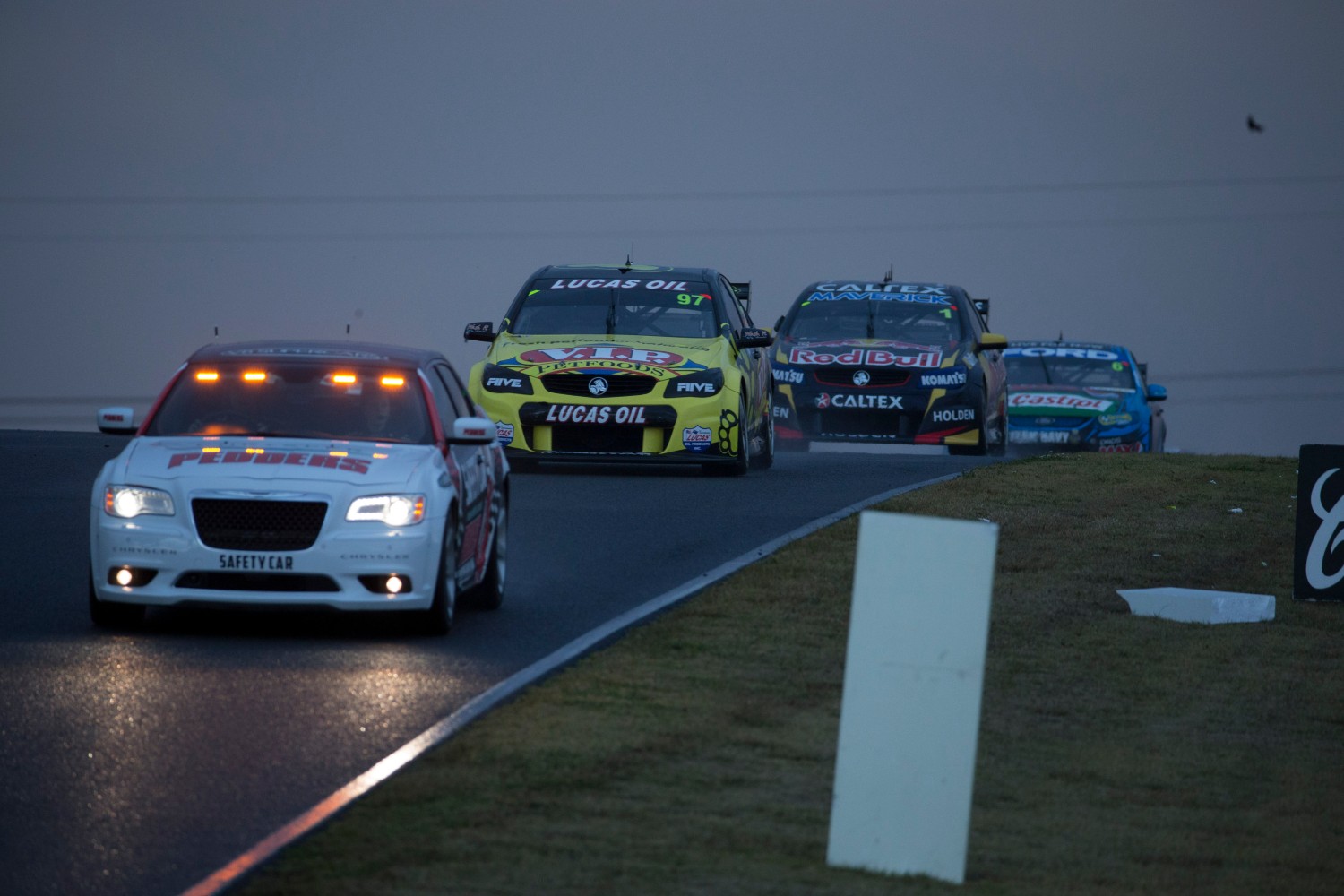 It was his first wet Supercars meeting, and the then-22-year-old surprised even himself at how much speed he had in the wet.

"I was quite surprised to be up that far," Mostert said.

"I couldn't quite get [van Gisbergen] in the end; he's really quick in the rain.

"It's awesome to follow these guys around and see what they do and pick up little things and try to do it a little bit better."

Behind the two rainmasters was Whincup, who has a mixed relationship in the rain. Notably, he managed to eke out a brilliant wet victory in Adelaide in 2011, but also crashed out chasing speed in the rain in Townsville in 2019.

All three drivers on the Race 27 podium knew how hard they had to work to achieve their results, and all three produced one of the most iconic celebrations in Supercars history.

Van Gisbergen, no stranger to drifting, led the cavalry as Mostert and Whincup zig-zagged behind him. 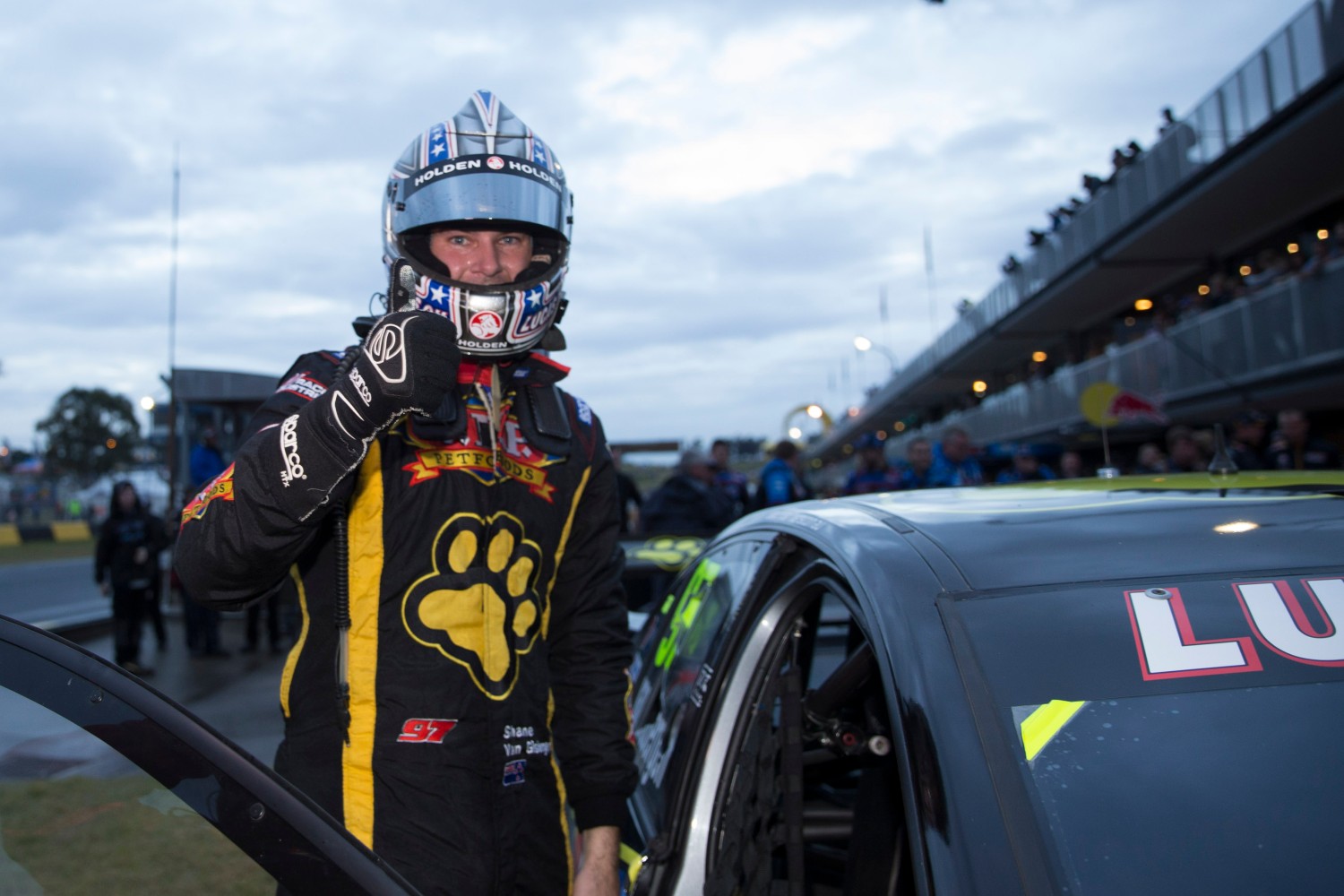 However, while he produced what has since become an iconic highlight, van Gisbergen admitted he got carried away.

"I think we only get three sets of wet tyres for the weekend. I probably shouldn't have done skids at the end there," he said.

"If it's wet tomorrow it will be exciting. Hopefully it pisses down all day."

Supercars will return to Sydney Motorsport Park in August for night racing, with van Gisbergen also winning the feature night race at the circuit back in 2018.

The 2021 Repco Supercars Championship will commence at the Repco Mt Panorama 500 next month. Tickets are on sale now.