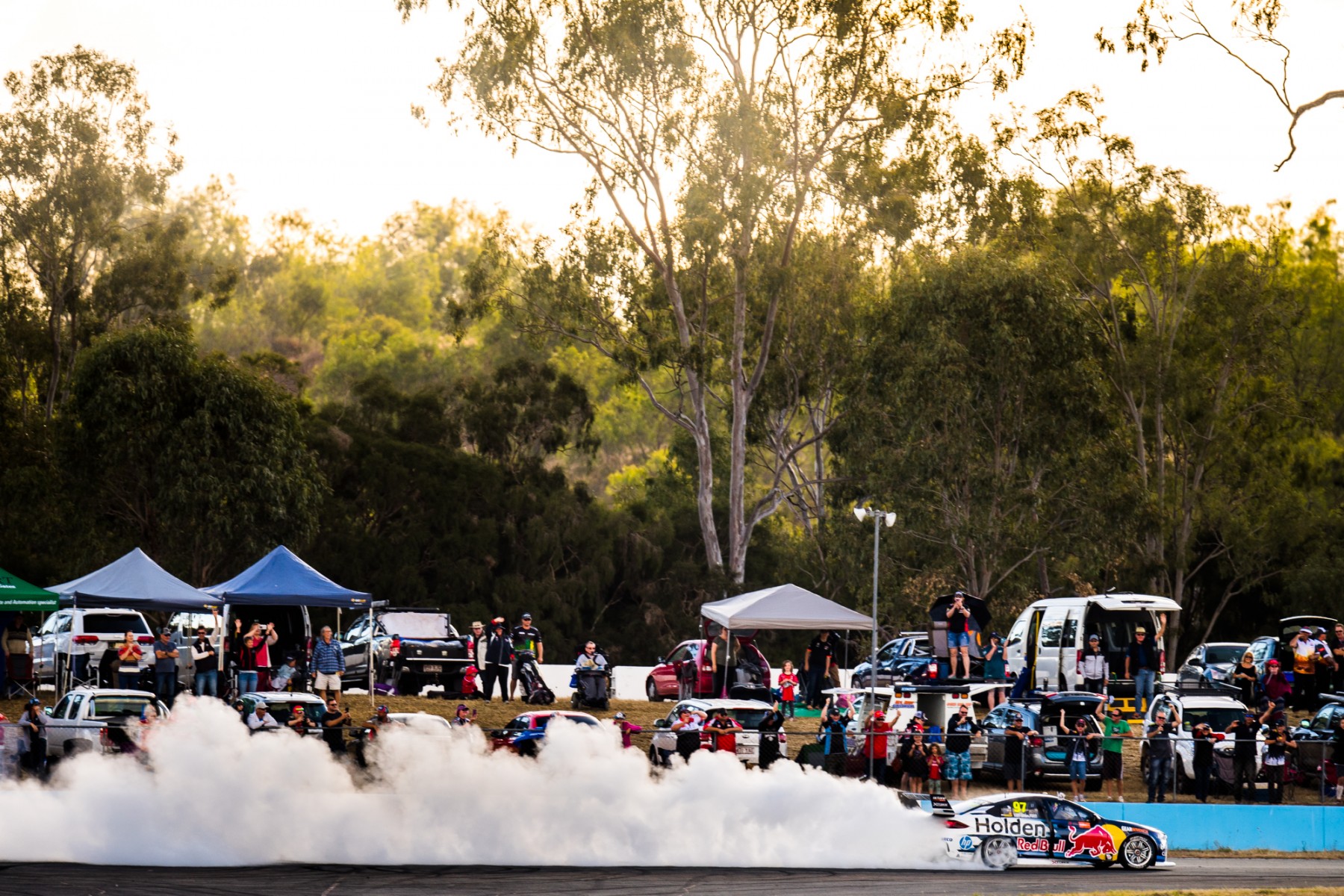 Shane van Gisbergen says his relatively-subdued celebration on Sunday was prompted by a request to look after his Red Bull Holden Racing Team Commodore for a ride day.

Van Gisbergen's victory burnouts have become something of a trademark, particularly after Sunday races.

He still performed a rolling burnout down Queensland Raceway's back straight, but it did not hit the heights of his Townsville antics a fortnight earlier.

The 2016 Supercars Champion says that was due to the team asking to keep his ZB in decent shape for a ride day at the circuit on Tuesday.

"It was soft," van Gisbergen joked on a Supercars Facebook Live session.

"We have a ride day with all of our sponsors and friends on Tuesday, so I had to look after the car.

"We'll put on a good show on Tuesday, play up with everyone.

"Just did a pretty good one down the back straight, but got told not to blow the guards this time."

Sunday's Ipswich victory was the fourth of van Gisbergen's season, his others coming with a double in Adelaide's opener in March and then in Townsville earlier this month.

Having finished second on Saturday, he recorded identical results to championship leader Scott McLaughlin to remain 131 adrift after 20 races.

The 29-year-old revealed he had coolsuit problems in Saturday's 120km and Sunday's 200km races at the team's test track.

"Every time I've been told a coolsuit fails you go into meltdown so the guys don't tell me anymore," he said.

"They said on the cooldown lap [on Saturday] 'how are you feeling, the coolsuit failed halfway through'.

"That's when you realise you're hot and you feel the coolsuit on your body and it's just at body temp. Normally you apress it and it's five degrees.

"I was pretty tired afterwards, but when you're in the moment, focused every lap, if you're not thinking about that stuff you don't worry about it. But it was hot out there."