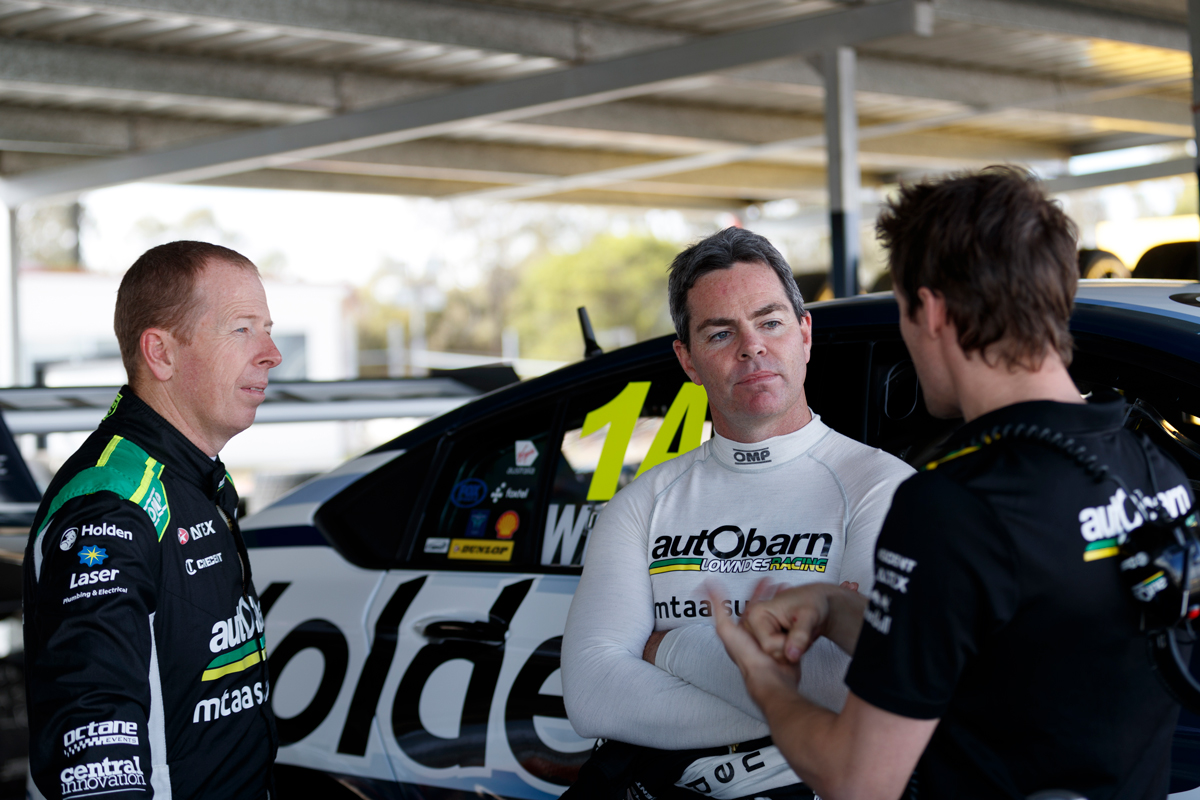 Recent laps aboard main game and Super2 machinery has left Steven Richards feeling better prepared than ever for his PIRTEK Enduro Cup drive alongside Craig Lowndes.

This year marks the fifth and final time the duo will join forces following Lowndes’ announcement that he’ll step back to co-driving duties at Triple Eight next year.

The pair are very much the elder statesman of the enduro class – their combined age more than double that of their youngest rivals.

Lowndes, 44, and Richards, 46, share a long-term bond, having been rivals in Formula Ford in the early 1990s, before making their Supercars Championship debuts in '96.

They are both mechanics by trade – Lowndes automotive and Richards aircraft – and both had a crack at the European racing scene in the late 1990s before settling in Supercars.

Richards has been a reliable co-driver since stepping down from full-time Supercars competition at the end of 2010, staying sharp racing for his own team in Porsches and latterly Australian GT. 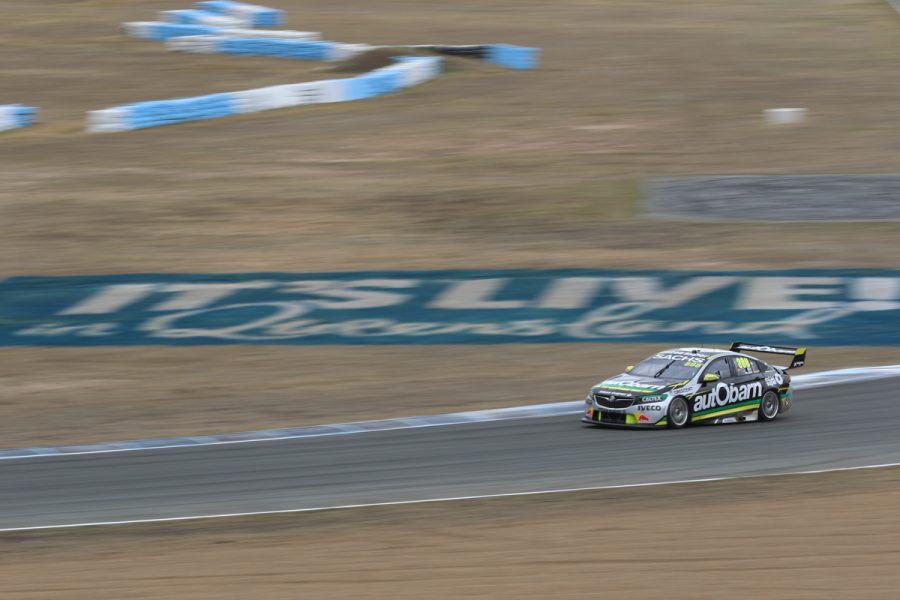 Richards at Queensland Raceway on Wednesday

More pre-Sandown Supercars laps than in previous years has, however, boosted Richards’ confidence, the most recent coming with Lowndes at Queensland Raceway on Wednesday.

“I feel more prepared this year, largely from the fact that I’ve been doing some Super2 stuff with Brenton Grove, just a bit of mentoring,” Richards told Supercars.com.

“There have been times when I’ve been able to jump into his car, which is mechanically the same car that I’m driving in the enduros.

“In terms of getting to the test and getting into the car being fully ready to go with no issues, it’s been really good.

“And also, generally at the first test day of the year (in June), you very rarely get miles [as a co-driver].

“But Irish (engineer John McGregor) invited me to come up and do a couple of race runs, which is huge.

“It just helps set the scene in your mind where the buttons are. It’s all instinctive.

“I haven’t been racing them (Supercars), but I’ve been in them so regularly this year, I haven’t had a better enduro prep ever.”

Richards defected from his long-time Tickford home to Triple Eight shortly after a Bathurst win alongside Mark Winterbottom in 2013 in order to drive with Lowndes.

They won Bathurst together in 2015 – Richards’ fourth and Lowndes’ sixth – but have endured a rough run at the Mountain the last two years. 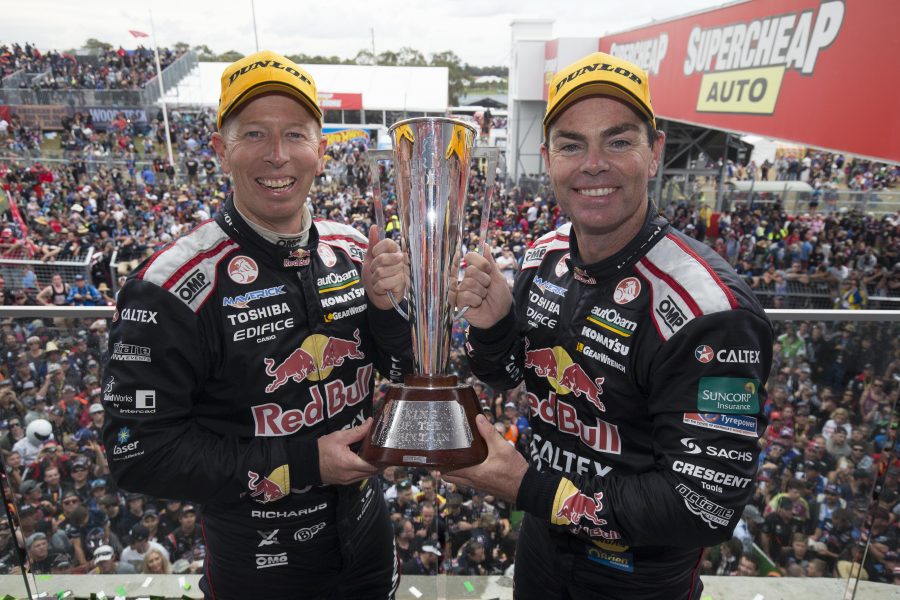 Richards and Lowndes on the Bathurst podium in 2015

Although it could be seen as the highest-pressure co-driving role in Supercars, Richards says Lowndes’ relaxed demeanour outside the car sets a nice tone within the garage.

“Sure, there are times when he’s frustrated because of a result or the performance of the car,” Richards said of Lowndes.

“But when we are not busy with team commitments, we sit down and chat about other things, whether it’s motorbikes or kids or whatever the case may be, which is relaxing.

“I must admit, driving with Craig and being at Triple Eight, I’ve never felt the pressure of the intensity of it,” he added.

“The intensity and pressure is there, but as long as you’re doing everything you can, everyone understands how hard everyone is working to get the results.

“My mentality doesn’t change because I’m driving with Craig. I get in the car, evaluate every situation on its merits from inside the car and you generally hope it’s good enough.”

With Lowndes set to take up a co-driving role next year, and Roland Dane yet to confirm the fate of his team’s third car, Richards’ own future is up in the air.

“I’d like to stay driving and doing the endurance campaign,” he said when asked of the future.

“That’ll unfold a hell of a lot easier if we get some good results in the next three races.

“I haven’t discussed it with RD and he wouldn’t tell you at the moment anyway, because he doesn’t know how many cars he’s going to run.

“But if you do a good job you’re more likely to be called back and if you don’t, then you probably won't.”

2018 Vodafone Gold Coast 600  ›
Stay In The Know
Sign up to the Virgin Australia Supercars Championship Newsletter
We use cookies to ensure that we give you the best experience on our website. If you continue to use this site we will assume that you are happy with it.Ok