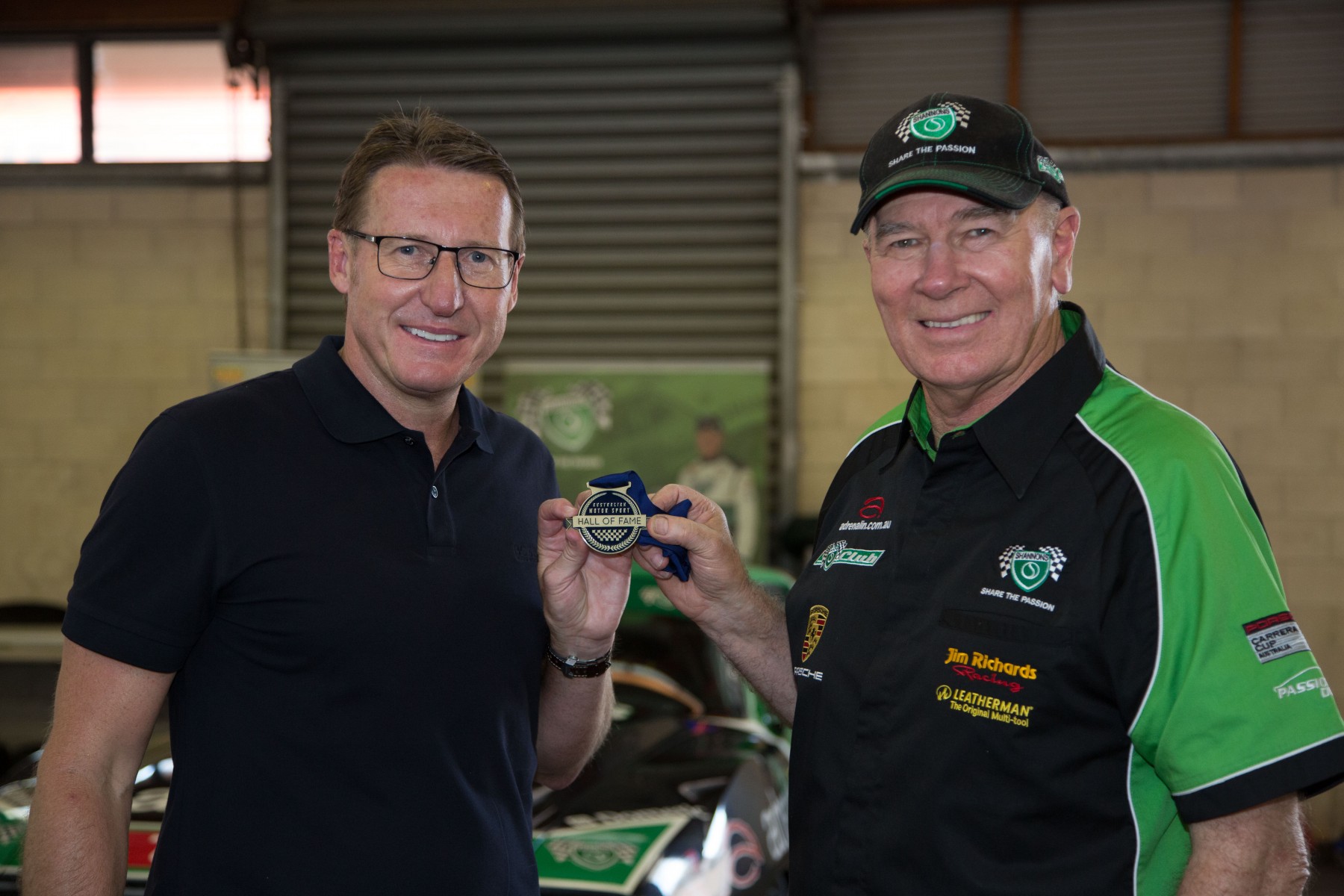 Two of Australasia’s greatest racers, Jim Richards and Mark Skaife, have been confirmed as advanced inductees in the 2017 Australian Motor Sport Hall of Fame.

The duo has been pre-announced ahead of the March ceremony.

Individually the Richards and Skaife record speaks for itself, but as a combination they were just about unbeatable.

The Australian Motor Sport Hall of Fame may only be a year old, but it brings together the best of the best of four and two wheels.

When it comes to touring car racing Jim Richards and Mark Skaife certainly rank amongst the very best.

“When I set out racing back in New Zealand, I never thought about accolades. I’ve been fortunate throughout my career to have raced alongside and against some of the best over my time,” Richards said.

“Every win regardless of whether it was a Bathurst with Brock or a Targa Tasmania with Barry Oliver – my rally co-driver for nearly 25 years – is always enjoyable and winning is something that naturally you set out to do.

“Racing is as much about the relationships you build and I’ve been fortunate enough to have some great relationships with manufacturers throughout the years and being inducted into the Australian Motor Sport Hall of Fame is a nod to the people that have been around me. I’ve worked with and for the best in the business, none more so than Mark Skaife. Not only is it an honour to be inducted into the Hall of Fame, but to be announced with my good friend makes it a bit more special.

“We had some memorable moments in the GT-R together – Championships and two Bathurst victories in ‘91 and of course ‘92.

“It is a great honour to be named as the first of the class of 2017 and I cannot wait to be at the induction ceremony on March 24 next year in Melbourne. Last year’s inaugural dinner was a great success and they tell me they have a few special things planned for March.”

Skaife applauded CAMS for being involved.

“The Australian Motor Sport Hall of Fame is a great initiative from the motor sport governing bodies in Australia,” Skaife said.

“I’m very proud to be acknowledged as one of those drivers and riders that will be inducted next year into the Hall of Fame in Melbourne.

“When I reflect back on my time in the sport, I’ve been fortunate enough to be around some of the greats, but I don’t think there are too many as good as Jim Richards. Richo, with Fred Gibson and the Nissan Motor Company were instrumental in my career development in the early stages and we had a great deal of success.

“To think that we won Bathurst three times together – and 10 years apart from that day in 1992 to 2002 shows just how good Jim was and still is.

“For me, this Award means a great deal, especially when you look at the inaugural list of recipients. 2017 will be a huge year, continuing the Bathurst journey at the 12 Hour in February with BMW and Steven (Richards), being able to give back to the sport through the Formula 4 Rising Star program and accepting this Award on Grand Prix weekend in March means that it is going to be a very, very special year.

“Jimmy and I are both proud to be the first to join the illustrious group of recipients from the inaugural event and we look forward to seeing who the rest of the inductees are in the class of 2017. The Hall of Fame dinner is shaping as one of the biggest nights on the Australian motor sport calendar.”

Motor racing is still in their blood with Skaife racing in a Legends Team with BMW team at February’s Bathurst 12 Hour, while evergreen Richards is still one of the front runners in the Touring Car Masters.

The 2017 Australian Motor Sport Hall is open to the general public with the event to be held on Friday 24 March on the Australian Grand Prix weekend. All information can be found at cams.com.au