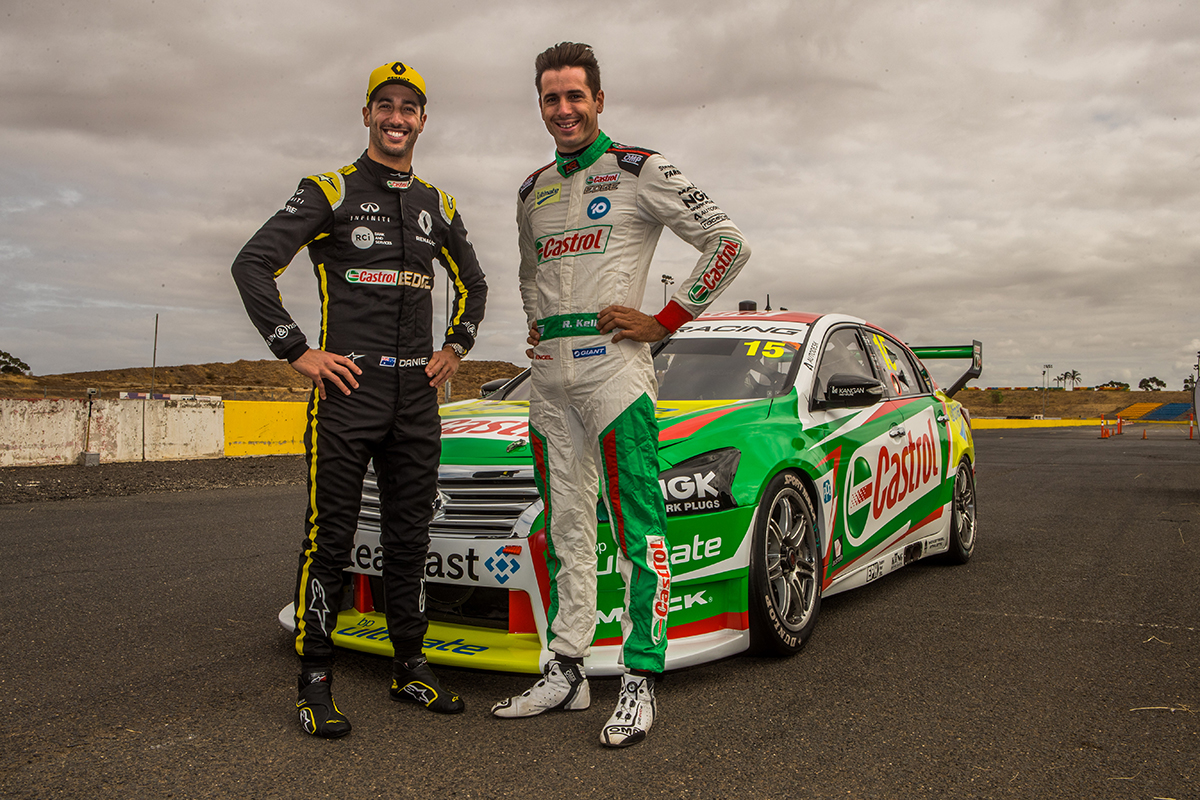 Ricciardo drove the Kelly Racing Altima at Calder Park on Wednesday morning in a pre-event media activity, with 2006 champion Kelly in the passenger seat.

The Australian is preparing for his home grand prix and first with Renault, after splitting with Red Bull at the end of 2018.

Classing the outing as "pretty cool", Ricciardo nominated the sound of the Supercar's V8 engine as a highlight. 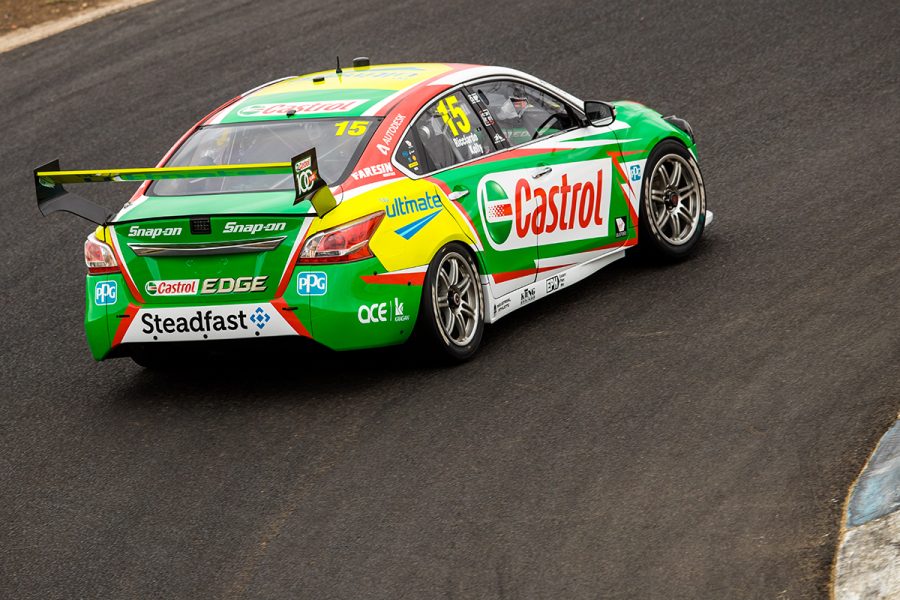 "I didn't have ear plugs, I probably should have worn ear plugs," he said.

"But yeah, the upshift and pulling a [gear]stick feels good.

"A paddle-[shift] is easy, it's made my life easy as a racecar driver because I can't heel-and-toe.

"But all that sort of stuff. The vibrations, it all just feels raw.

"The downshifting and banging it through and hearing it backfire. It was awesome."

It's not strictly Ricciardo's first taste of a Supercar, the seven-time F1 race winner having sampled Red Bull's Sandman ride car at Sandown in 2016

That car started its life as a racing Triple Eight Commodore in 2013 in Jamie Whincup's hands. 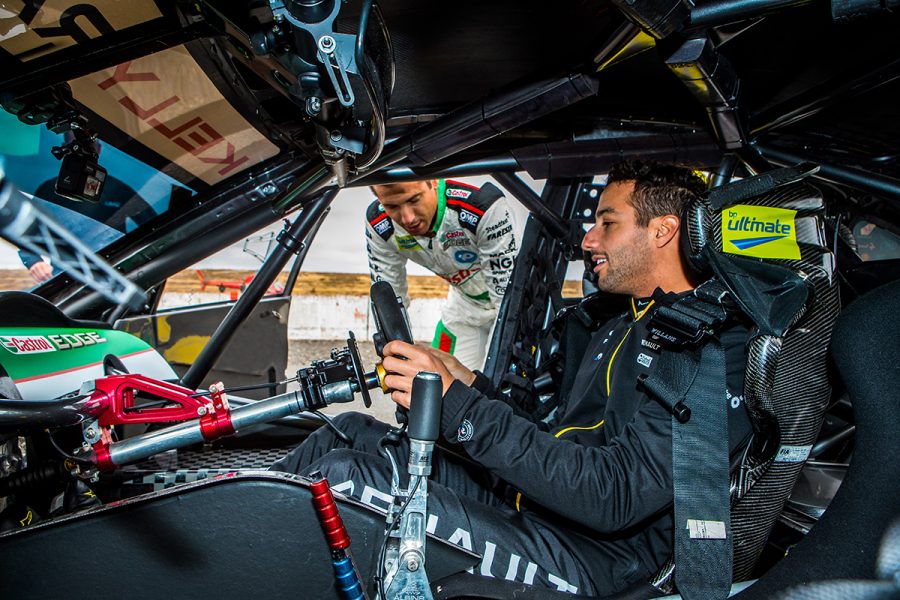 "That was, I guess, the closest thing I've had to driving a V8," Ricciardo said of the Sandman.

"But that didn't really want to drive in a straight line.

"That actually scared me. Probably because of that I was like 'If that's how they really are...' But this felt more race-ready.

"I felt like I could have a bit of a go in this today, whereas the Sandman was a couple of laps of filming. I didn't get enough time to get a real feel of it.

"Coming onto the drag strip here where it was a bit slippery, that was my favourite part.

"It would always snap out a bit. That was fun." 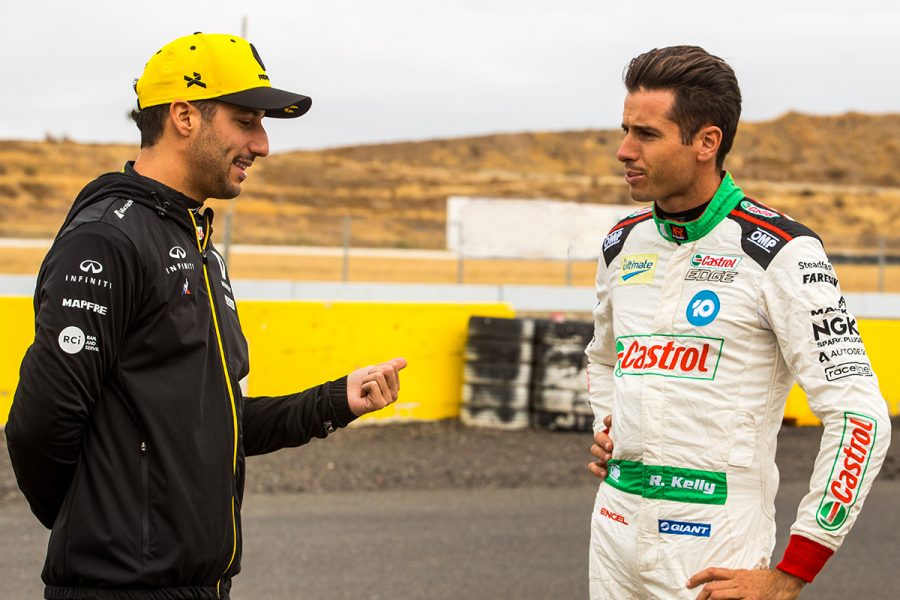 Practice for Supercars starts at 12:50pm on Thursday at Albert Park, with the Larry Perkins Trophy to be decided over four races from Friday evening.

Ricciardo and his F1 rivals take to the track for the first time on Friday.

"It'll be like I'm laying down in it. But you adapt quickly. I'll do an install lap and I'll be like 'right this feels normal'.

"But it was cool just to loosen the cobwebs. There is so much media this week, so to do something active to keep me firing was really cool.'

2019 Beaurepaires Melbourne 400  ›
Stay In The Know
Sign up to the Repco Supercars Championship Newsletter
We use cookies to ensure that we give you the best experience on our website. If you continue to use this site we will assume that you are happy with it.Ok