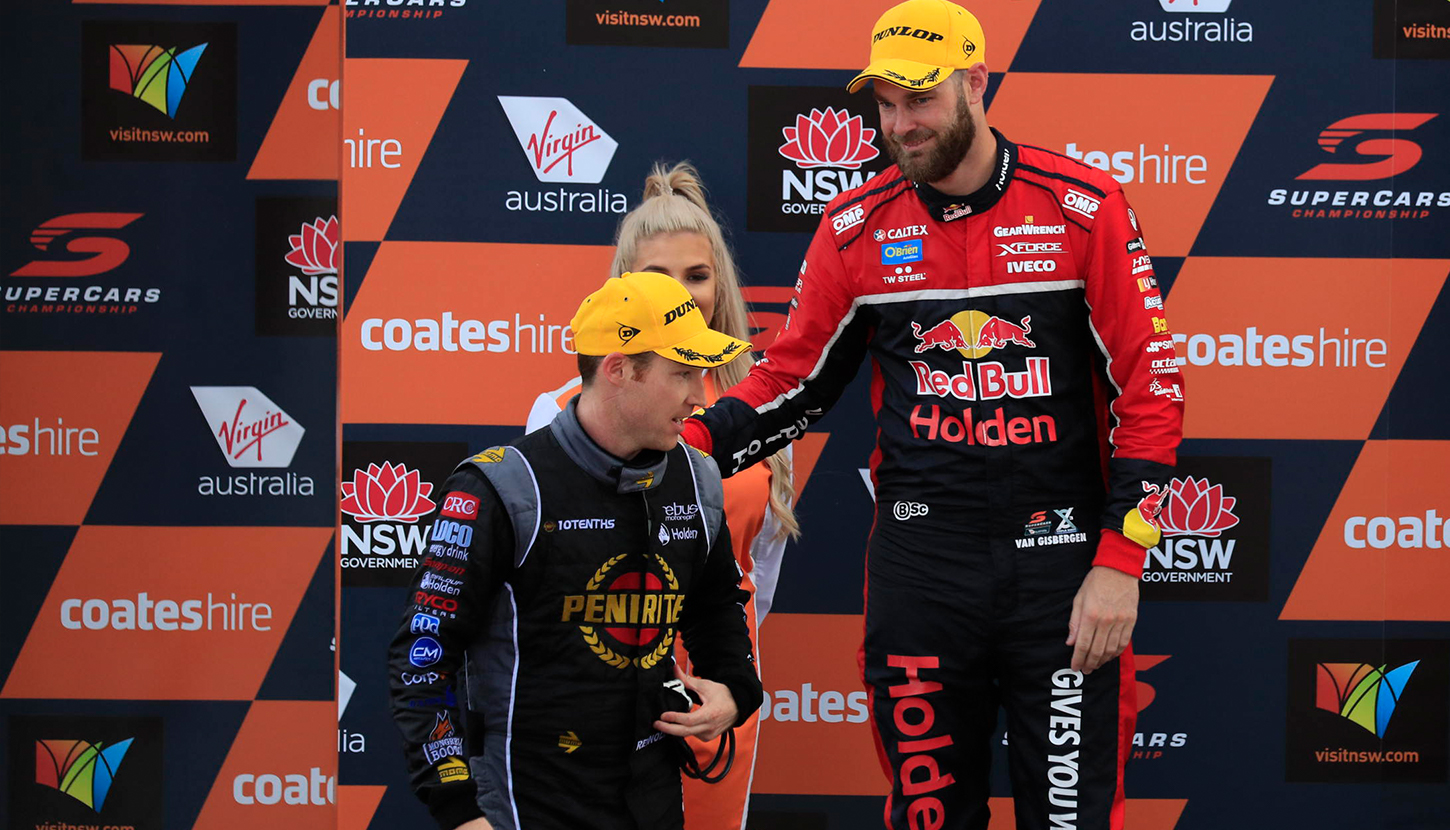 Shane van Gisbergen and David Reynolds found themselves sharing the podium on Sunday just a day after their high-profile clash in the Newcastle opener.

Reynolds was dumped out of second place late in the Saturday race after a shove from van Gisbergen at Turn 8 led to the Erebus Holden clouting the tyre wall.

Frustrated by van Gisbergen’s move, Reynolds later said that “people have died for less” and that he “might have to slip something in his drink” at the post-season Supercars Gala Awards.

Van Gisbergen, however, was unrepentant, declaring on Sunday morning that “I’m not sorry about it, it’ll probably happen again today”.

The pair found themselves battling for the effective lead in the second stint of 2017's final race, with van Gisbergen applying the pressure as Reynolds struggled for grip.

Recounting the battle in the post-race press conference, van Gisbergen saw the funny side of the situation.

“My car was weak in the first sector and I was good down the hill and the only passing spot was where it happened yesterday,” he said.

“I was thinking ‘shit, I’m glad I didn’t say sorry because this is going to happen again!’ But then he barry’d (made a mistake) at the hairpin, so thanks [to him] for saving that.”

Van Gisbergen and Reynolds have an ongoing rivalry, with the former having taken Reynolds out of the 2015 title fight in a high-speed incident at the penultimate round.

On that day, Reynolds sought out van Gisbergen in the paddock, declaring “you’re dead to me, bro”.

There was no such confrontation at the weekend and, while Reynolds’ words on Saturday were strong, he downplayed any ongoing animosity on Sunday. 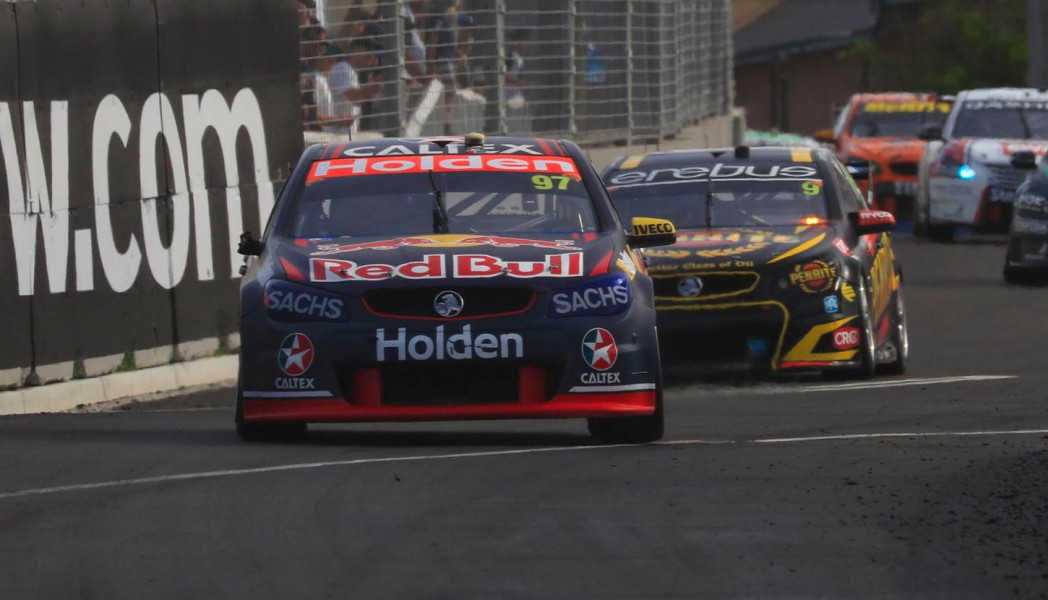 With his year including a Bathurst win, Reynolds is more than pleased with Erebus’ progress since he joined the team at the start of 2016.

“The morale and how everyone has chipped in, from what we started with last year to where we are now is a million miles down the road from where we thought it would be,” he said.

Van Gisbergen meanwhile hands over his reigning champion status to team-mate Jamie Whincup after a year in which several tyre failures, and a handful of mistakes, proved costly.

He ended up playing a key role in Whincup’s success, handing over the lead in Sunday’s final stint, which proved enough to win the title following Scott McLaughlin’s last-lap penalty.

“At the start of the day my goal was to try and win the race, to put pressure on the other guys,” reflected van Gisbergen.

“I followed him, [McLaughlin] into the pits and tried to race them. Obviously that changed once Scott had his issues.

“I’m happy to play the team game. It matters so much. Short-term pain, you know.

“I could have won that race, but seeing how stoked Jamie is and the guys who have slaved away through the year… it’s been a battle from our side.

“We’ve gone from being a bit behind mid-year to having cars competitive again. I’m happy to play the game and hopefully one day it will go the other way.”