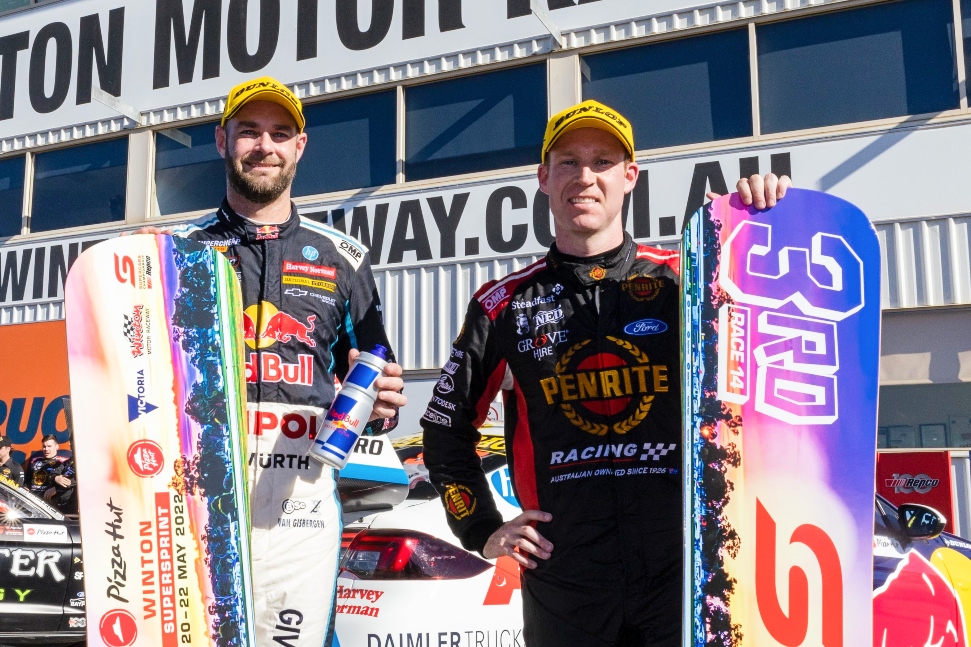 He has won at least one race at all five events, and is nearly a round clear.

It's a stark contrast to Reynolds' squad under sole Grove ownership, which is just five rounds old.

“They know their tools they’ve got at their fingertips for each racing condition.

“We’re still learning ours… we’re in round five. Since 2013, they haven’t changed a lot of stuff.

“We’re ascending quickly, but hopefully we can catch them soon.

“There’s plenty we can do with our car.”

Van Gisbergen won both Sunday races at Hidden Valley last June, and will arrive a favourite to add to his wins tally.

Reynolds won races in Darwin in 2015 and 2018, and has scored six podiums so far this season.

Teammate Lee Holdsworth noted Waters and Tickford proved at Winton that a perfect combination can stifle the series leader.

“Obviously Cam drove a great couple of races up there,” Holdsworth said.

“He held off Shane, who had similar speed to Cam.

“I don’t think he had more than him… [Waters] just did a better job."