Penrite Racing's David Reynolds claimed his first ARMOR ALL Pole of the 2019 Supercars season with a last-gasp Townsville effort.

Reynolds turned a 1:12.1060s after the chequered flag came out in ARMOR ALL Qualifying to beat Chaz Mostert and Scott McLaughlin.

It's a 13th career Supercars pole for Reynolds, by a margin of 0.1128 seconds in a Holden sporting a one-off camouflage livery.

McLaughlin set the best of the first laps to lead the way until Mostert logged a 1:12.4686s six minutes in.

The championship leader returned to the top with a 1:12.3015s on his second run at the halfway mark.

A further improvement from Mostert put him just 0.0221s shy of McLaughlin entering the final runs, with Reynolds and Shane van Gisbergen also within a tenth.

McLaughlin did not improve, and was pipped by Mostert as the chequered flag came out, with Reynolds then snatching pole with a 1:12.1060s.

“I’m so happy, I’m so proud of everyone,” said Reynolds, who ended an eight-straight run of poles for Ford drivers.

“The funny thing is I had no radio that last lap, I had no idea.

“I saw the lap time was pretty good when I crossed the line and thought ‘this is alright’.

“Then I got halfway round and I saw ‘pole position, David Reynolds’ and I thought ‘that’s so cool, that’s amazing’.

“I’m just really proud of the boys because in Practice 3 I hit the fence and made them work a bit harder, so I’m repaying them.” 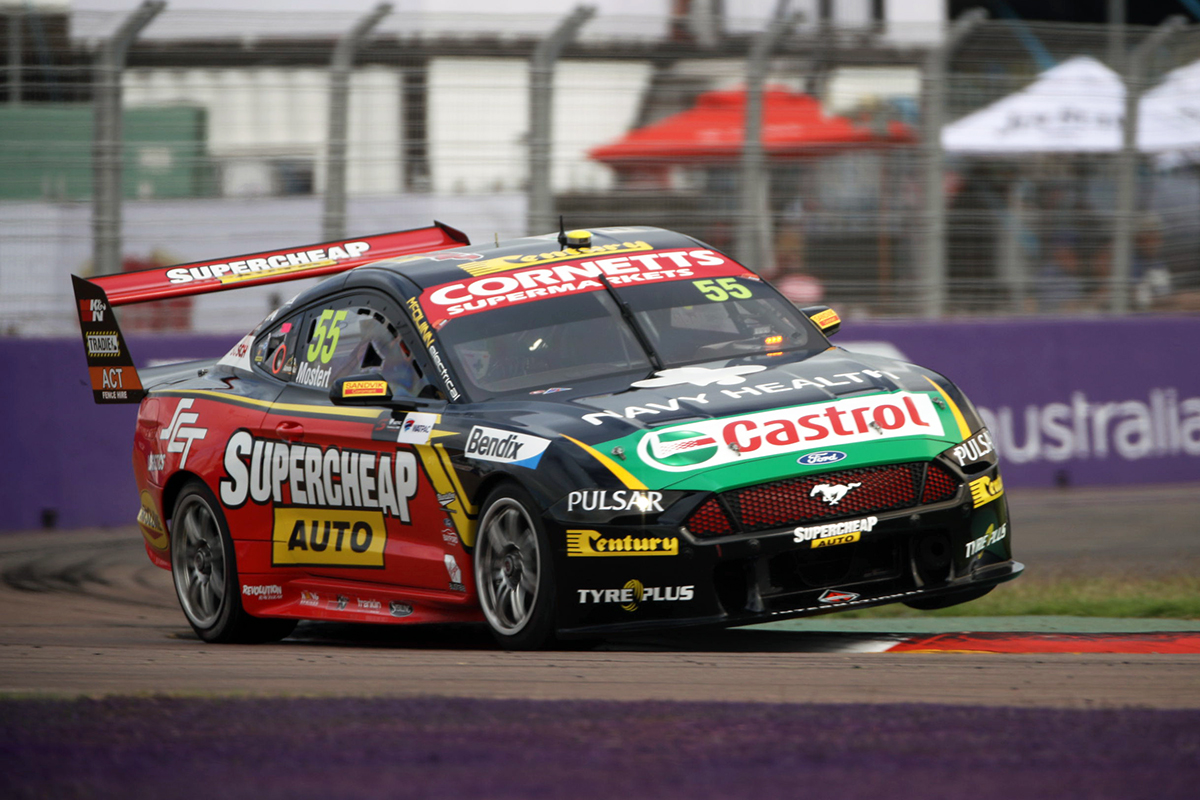 While he was denied a third pole of the season, Mostert was buoyed by his Supercheap Mustang's one-lap pace.

“We’ll take a front-row start at the moment,” he said.

“This year has been super-tough for one-lap pace and I can say that is the best qualifying car I’ve had all year.

“A lot has changed for us this weekend, Friday running absolutely killed us, but we stuck to our guns.

“I’m just super-pumped for Adam. He’s done a lot of hard work and deserves the pole because of how much he’s changed on the car.

Beyond that, Nick Percat and Anton De Pasquale were 11th and 12th, ahead of Fabian Coulthard.

“I had a braking drama,” Coulthard said.

“Into Turn 1 I locked a right-front, had to come out of the brake, back into the brake and missed the apex on my first set of tyres.

“Then it wasn’t much better on my second set. It’s just the way it goes. We need a good strategy to get us back in the hunt.”

Race 17 of the 2019 Virgin Australia Supercars Championship starts at 3:10pm in Townsville.