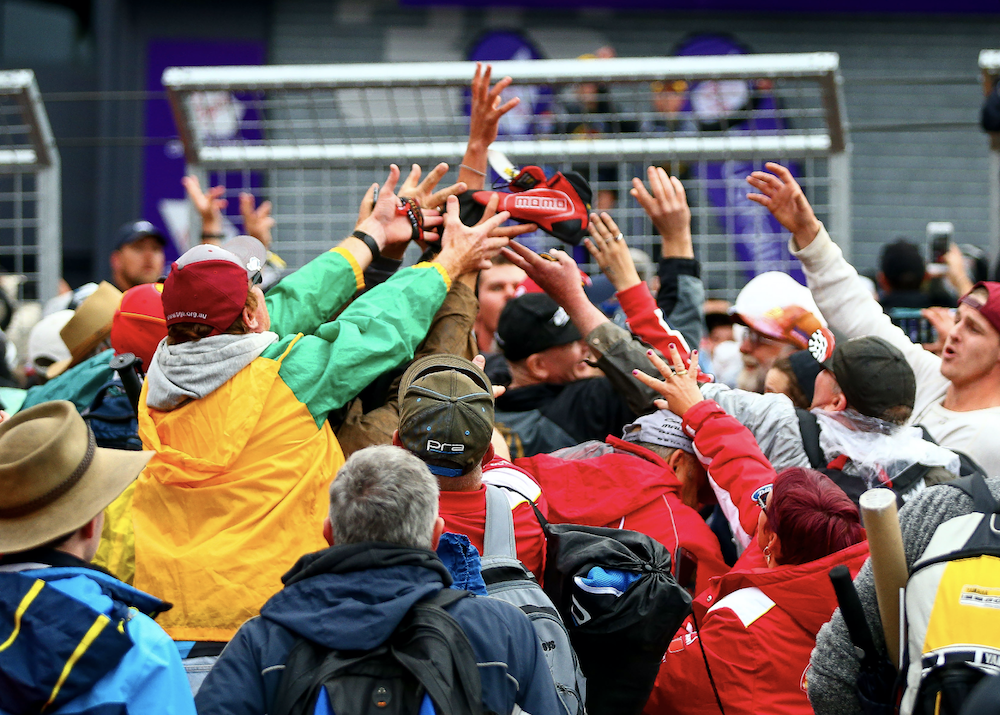 Supercheap Auto Bathurst 1000 winner David Reynolds will help make amends for a young fan who caught the boot the Erebus Motorsport launched into the crowd.

Standing in the crowd on the front straight, Bathurst schoolgirl Maddie caught the boot Reynolds kicked off while standing on the roof of the Penrite Commodore.

However Maddie’s mother contacted Sydney radio station 2GB on Monday and reported that “this guy came from behind her and ripped it out of her hand and pushed her sideways”.

Reynolds will send Maddie one of his signed boots from the upcoming Vodafone Gold Coast 600, and delivered the news to her on air this afternoon.

“I’ve spoken to the guys at [supplier] MOMO Australia, obviously I don’t have any shoes at the moment because I threw them off into the crowd,” he said on The Chris Smith Show.

“But they’ll send me another pair and after the Gold Coast I’ll give you one of them.” 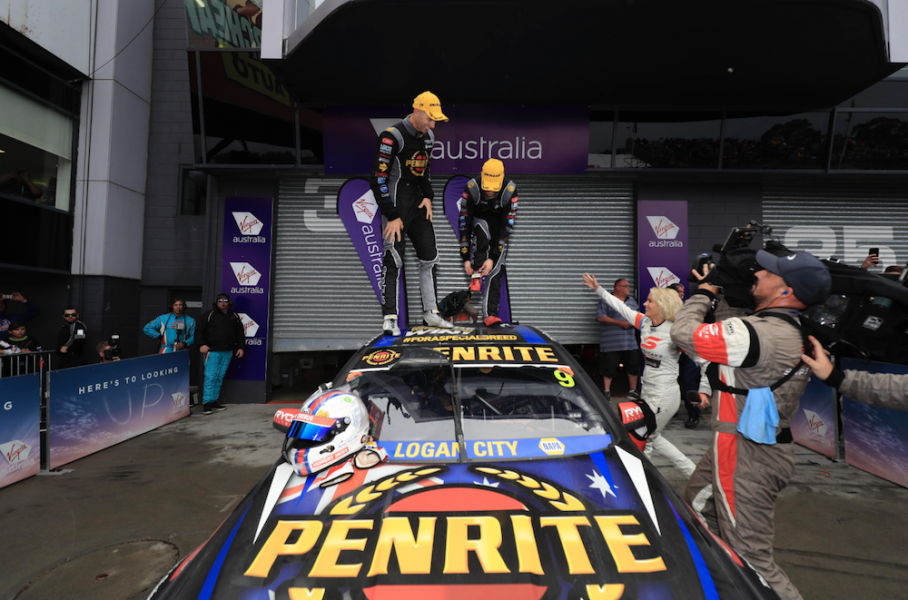 Reynolds about to kick the shoe into the crowd

Maddie said she didn’t see the boot coming or initially know what she had caught when it landed in her arms.

“That sounds really good,” she said of Reynolds’ offer. “Thank you so much. That’s made my day.”

Asked by Reynolds if it was OK that the Gold Coast boot “probably won’t be as sweaty” as the one he won Bathurst in, Maddie replied “no, that’s fine”.

"An investigation has commenced after an incident was reported to police which occurred during the Bathurst 1000 celebrations,” a statement read.

“About 10.30am today (Monday 9 October 2017), a man attended Bathurst Police Station to report an alleged theft. Investigations are continuing."

Supercars is assisting NSW Police with their investigation.