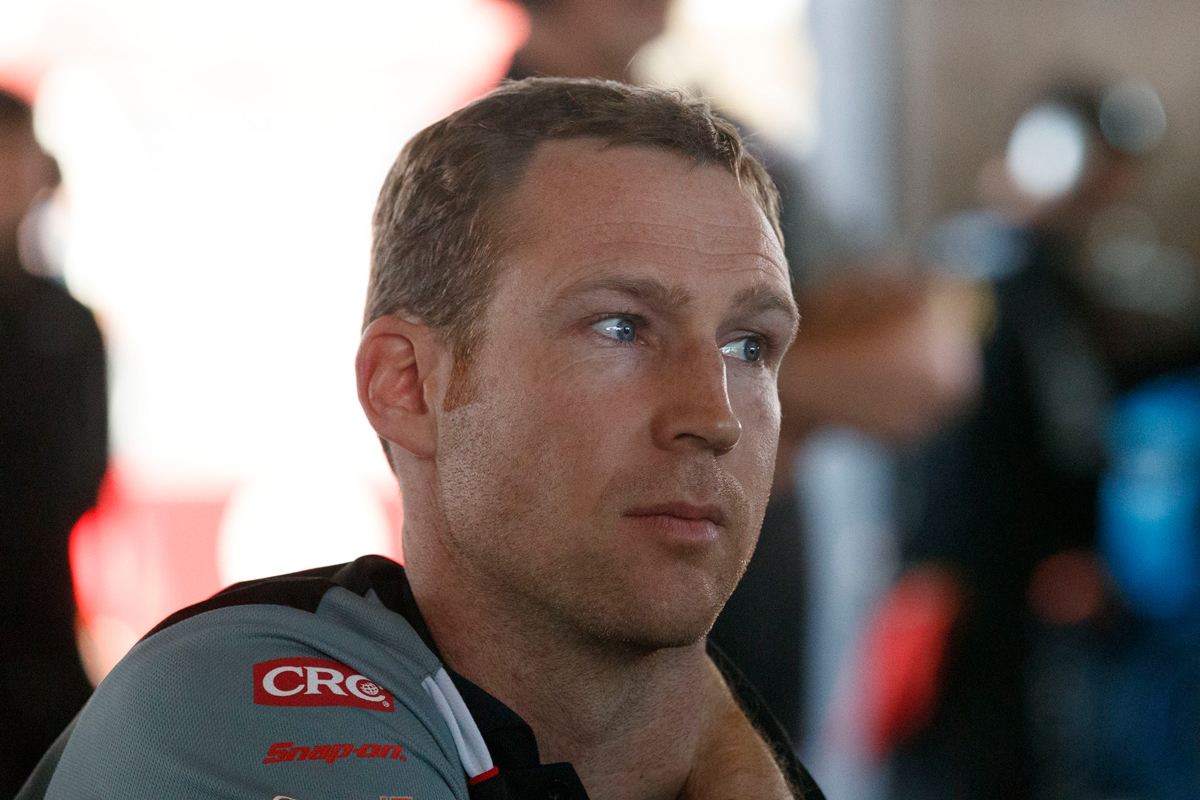 David Reynolds and key members of the Erebus Motorsport team have opened-up on how their brave bid for back-to-back Bathurst wins fell apart.

In an extensive video produced for sponsor Penrite, Reynolds elaborated on the cause of the late-race cramps that cost the team a likely victory.

Starting from ARMOR ALL Pole, Reynolds and co-driver Luke Youlden had led 112 of the first 135 laps, when a cramping Reynolds was overtaken by eventual winner Craig Lowndes.

Reynolds subsequently remained in the car at what was meant to be its final stop, but was dealt a drive-through for failing to stop the rear wheels spinning as his leg cramped on the clutch.

Another unscheduled visit to pitlane followed shortly after taking the penalty when Reynolds proved unable to go on, leaving Youlden to finish the race in 13th.

More than a week on, Reynolds affirmed his initial belief that a hectic week of commitments as the race’s reigning winner had gradually wore him down.

His physical issue was particularly surprising to outsiders, given it occurred during the second phase of a planned triple-stint on a day that was not particularly warm.

“What I think happened was, I was extra tired that week,” reflected Reynolds in the video, ahead of this weekend’s Vodafone Gold Coast 600.

“I’d had bugger-all sleep Friday night and Saturday night, so I wasn’t really rested going into the race, which makes everything a lot more challenging to do.

“You use up a lot more energy just to do your normal job or normal task. I got to an end-point where it just packed it in.

“Eventually you become dehydrated because you’re using so much more energy just to keep going.

“Ultimately it’s dehydration that everyone sees, but it’s not just that, it’s everything that led up to that.

Reynolds had exhausted his drink bottle in the stint he was passed by Lowndes as he tried desperately to rehydrate, before being given more fluids at the pitstop.

“I probably haven’t pressed the drink straw in four years. I look after myself well enough that I’ve never needed to,” he said.

“I always maintain myself to a really high standard and that week, it was such a big week that something had to give.

“Unfortunately it played out when we were leading the race at a very crucial time. We had the fastest car and lost the biggest race of the year.”

Also in the video, Erebus CEO Barry Ryan and engineer Alistair McVean explained the decision to keep Reynolds behind the wheel during the fateful pitstop.

Stressing that “it was never unsafe”, Ryan said the decision was left up to McVean, who has worked with Reynolds since late 2016. 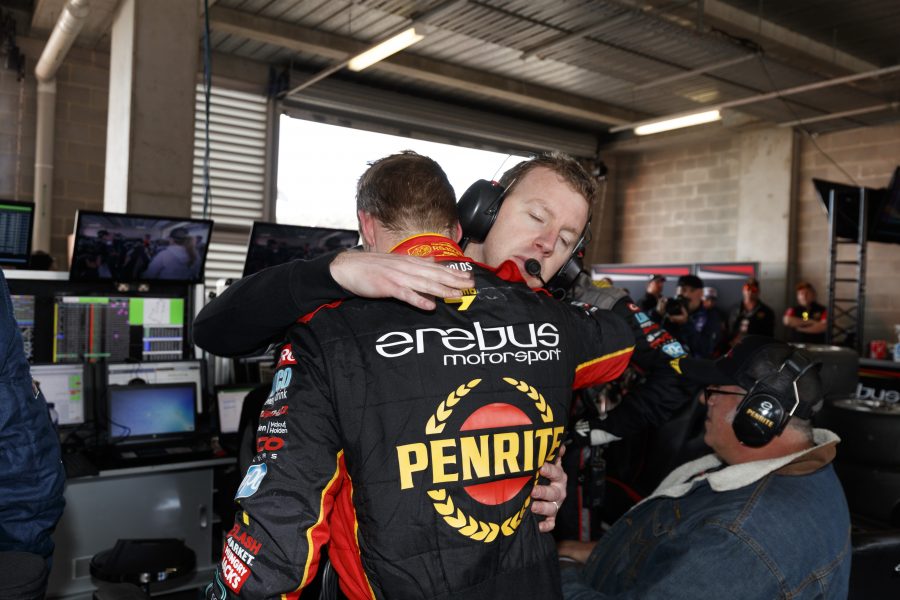 Reynolds was embraced by McVean after exiting the car

McVean and Reynolds had been heard on their team radio debating whether to put Youlden in at the stop, where Reynolds was given a specially formulated drink to try and revive.

“From where I was, I never got the feeling he was incomprehensible,” explained McVean. “He was indecisive, but that’s Dave, he’s always indecisive on the radio.

“From his tone of voice, and I hear it every race, every scenario, he was still with us. The only issue we thought in our mind was he was cramping up.

“Looking at the data, all through the stint there were no excessive mistakes, his pace was fast and consistent.

“There was obviously that one lap where Lowndesy got past and he had the cramp, and we just felt that his performance was faster than Luke’s.

“No indictment on Luke, every co-driver is a little bit slower than the main driver, and we thought it was worth the punt to keep him in there.

“At the 20-minute mark of the fourth-quarter of the AFL grand final, you’re not going to take your best player off the ground because he’s got a little bit of a cramp, you’re going to try and manage it through. 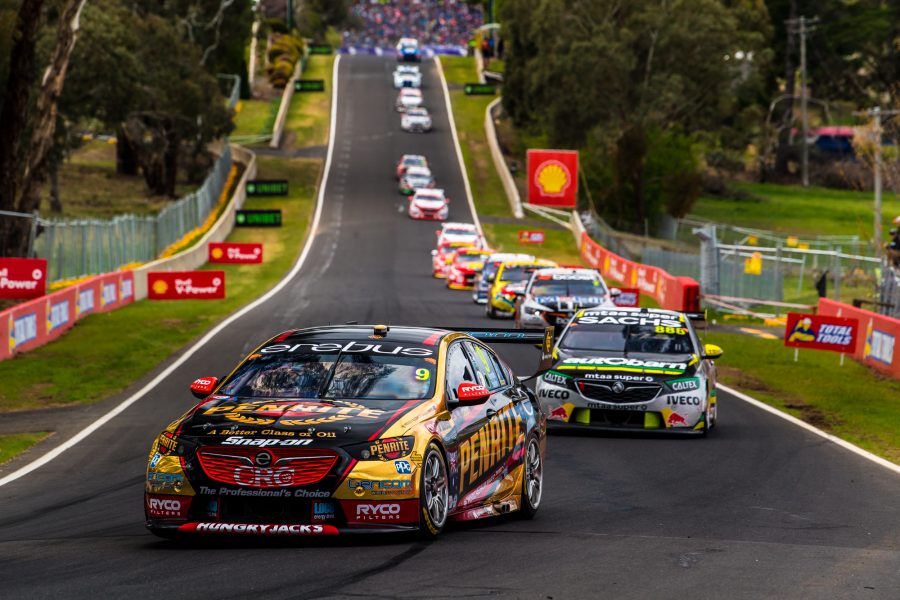 “We’d won the year before, [with] where we’d been all day, we were obviously targeting the win, and we still felt that we had a chance.

“All we needed to do was to get Dave on a little bit of form, and we still had the ability to get there.

“He clearly gave us everything he had. A very talented driver, very mentally strong driver, and he was willing himself to get to the end.

“He didn’t want to give up, much like the rest of us, he was there to win as well, he wasn’t going to take the easy route.

“In hindsight obviously we would have put Luke in at that last stop, knowing what we know now.

“But knowing what I knew at the time, seeing the data, hearing his voice, seeing his lap times, I still would have kept him in the car, because for me that was what was going to get us the win.

“It was the only chance we had of keeping the win.”