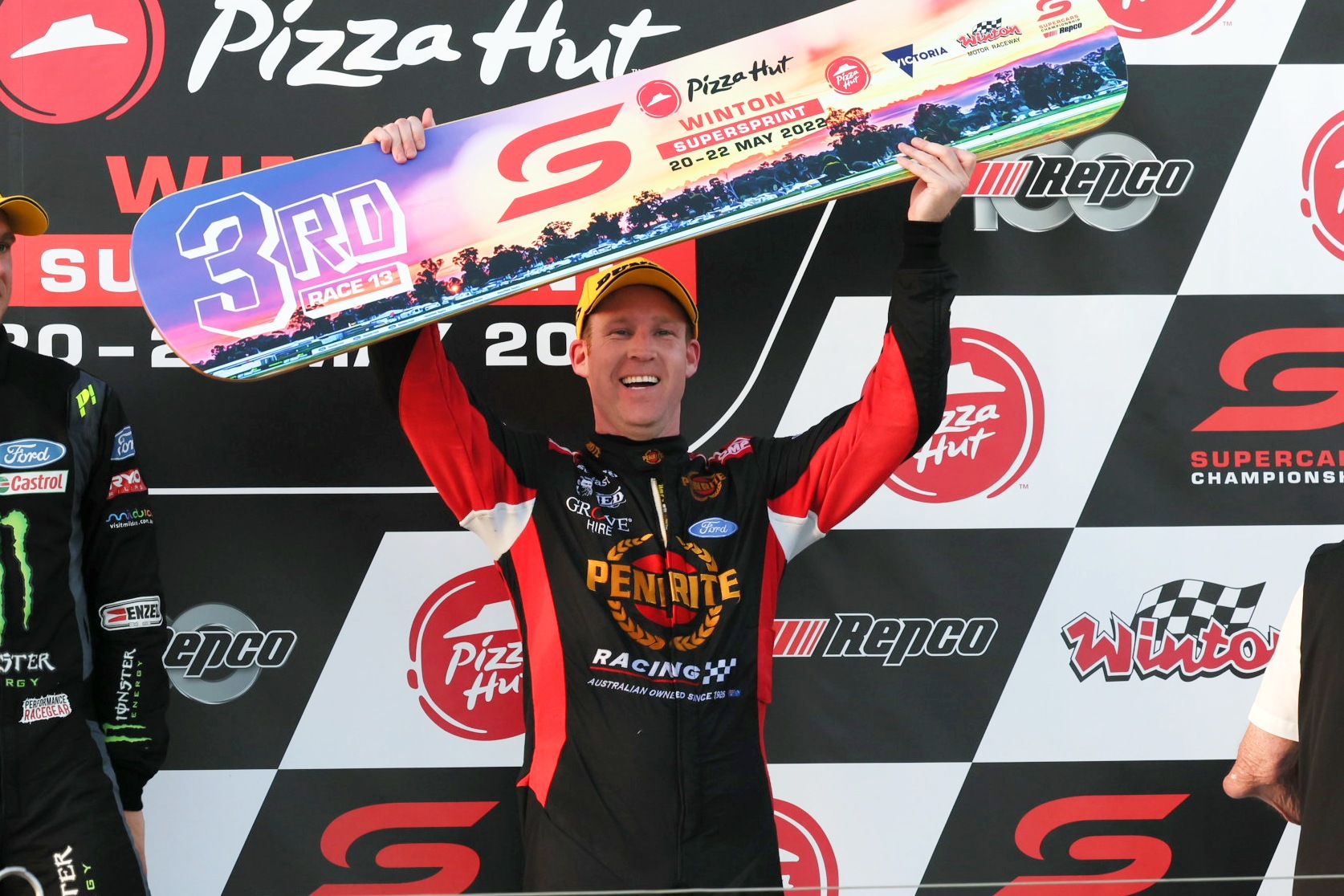 A mid-race change of strategy helped David Reynolds save his Saturday at Winton.

The Penrite Racing driver was left fuming after he qualified seventh for the Pizza Hut Winton SuperSprint opener.

The 36-year-old described his qualifying effort as "just shithouse".

Reynolds opted to run longer on the Dunlop Super Soft tyres, and made up four places to take third.

He overhauled Chaz Mostert late on to secure the final spot on the podium.

He narrowly avoided disaster, with the #26 Penrite Mustang driver forced to conserve fuel with three laps to go.

The podium marked a strong rebound for Reynolds, who also claimed the fastest lap bonus points.

"Probably not much more than this bottle here," Reynolds said of his car's fuel level after the race.

"It's not much, I got a warning with maybe three laps to go.

"I'm like, three laps to go is still a long way, but we just made it."

Reynolds originally planned to head to pit lane early in the 36-lap sprint, but his car came alive as most of the field peeled off for fresh rubber.

The 2017 Bathurst winner commended his team's change of strategy.

"Our strategy was pit earlier, like lap 10," Reynolds added.

"But everyone started falling in front of me, and my car sort of got better, so we just stayed out until it started to go off.

"Then we hit it, so I think it worked perfectly."

Both Penrite Racing cars made it into the top five, with Lee Holdsworth finishing fifth.

Putting the woes of Saturday’s qualifying session behind him, Reynolds was happy to deliver a result for his team.

"First off, I've got to learn to qualify a bit better and not make so many mistakes like an idiot I am," he joked. 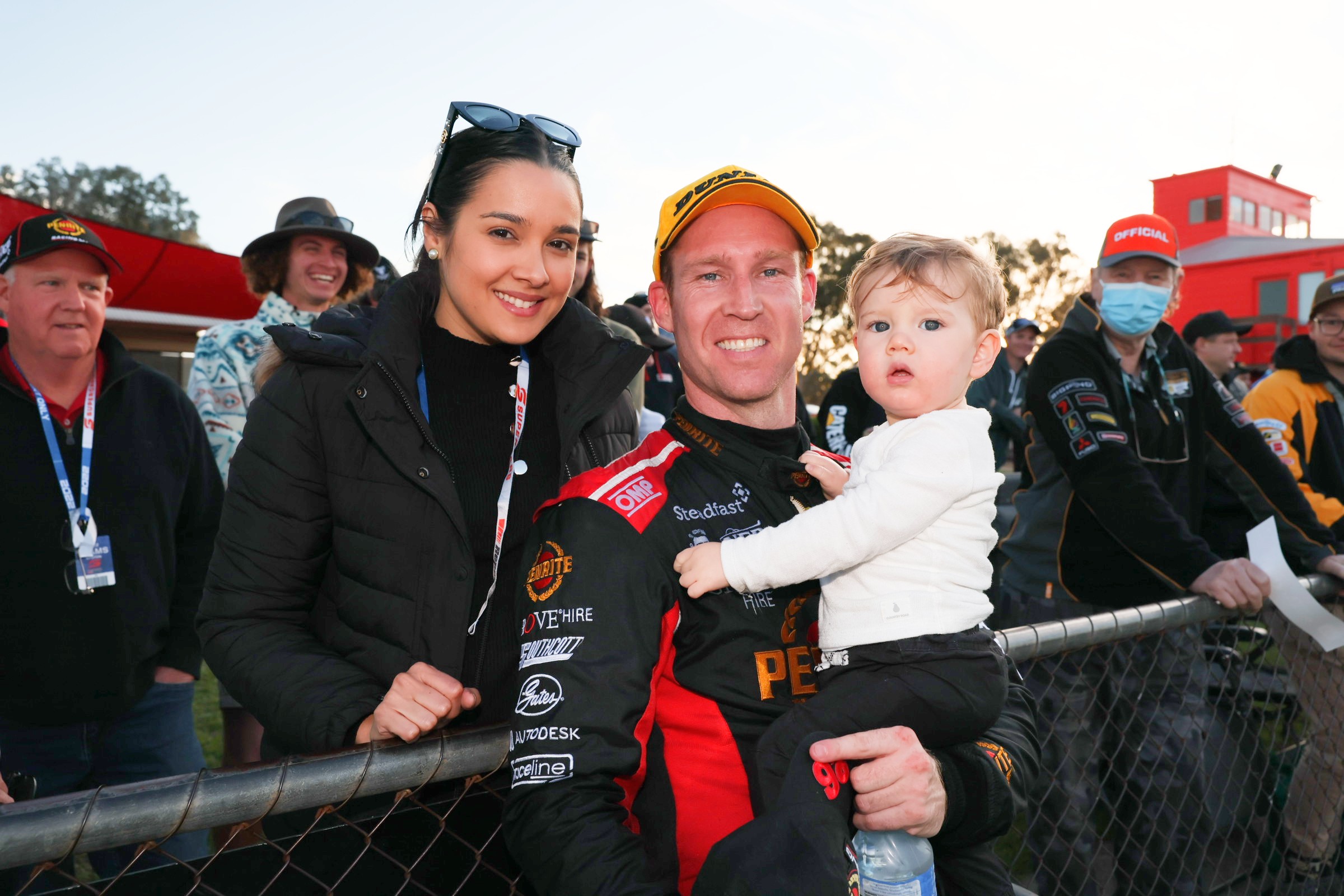 "I think you today P3 was about it, starting from seventh.

"If could get a couple of cars in the race, it's a good spot for everyone.

"Everyone's so happy, look at my boys, they're happy.

"[But] I'm exhausted, it’s a really hard track, you don't get a rest here.

"It's a short ratio, so we are always plucking gears.

"The car moves around a lot, so you work your little bum off out there, but it's worth it."