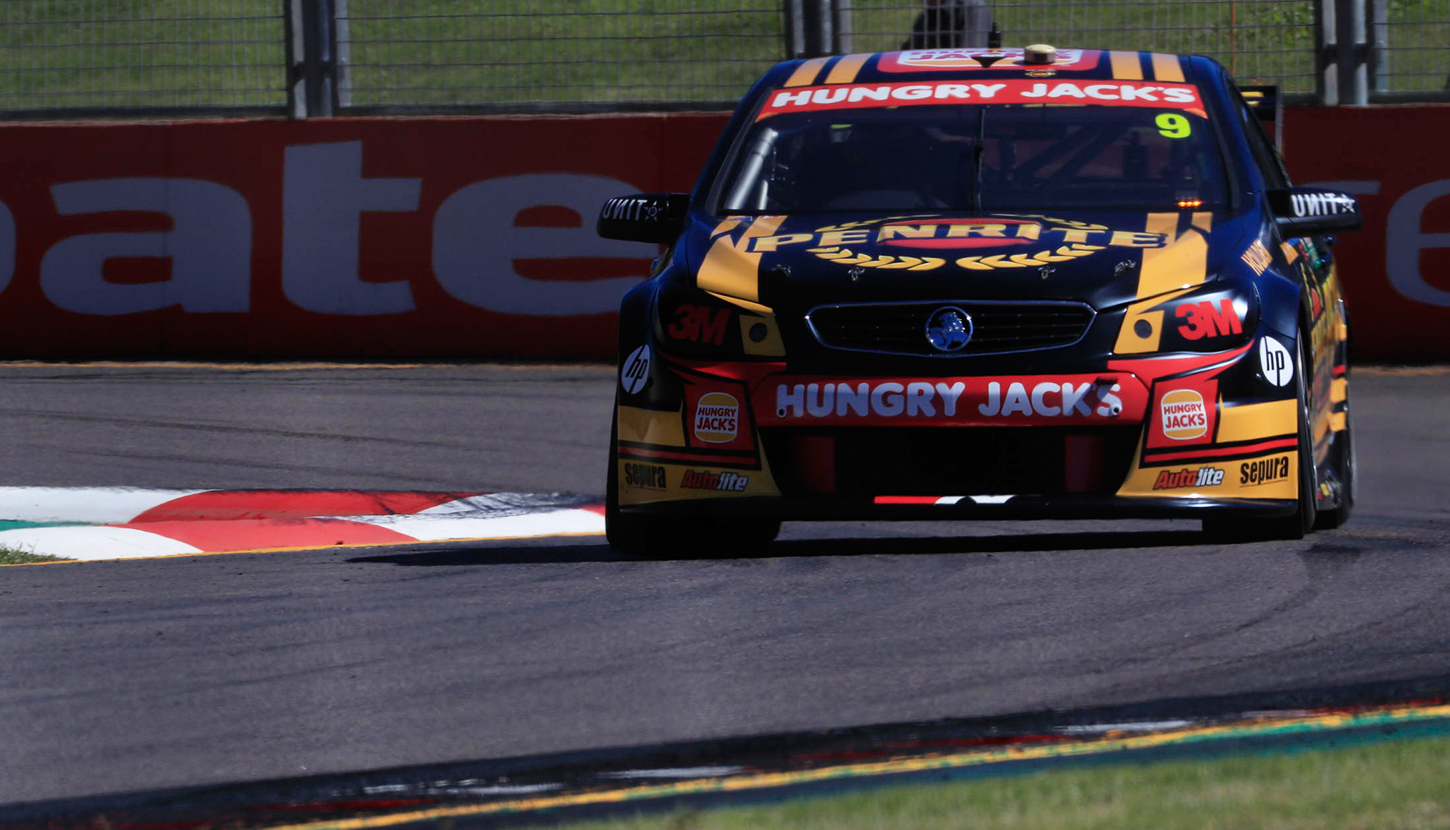 His 1min12.8697 lap came after the chequered flag and knocked old stablemate Chaz Mostert off the top by 0.0121sec.

TEKNO’s Will Davison was close behind in third in the 40-minute session, which was punctuated by a red flag mid-way after Shane van Gisbergen took out a foam Coates Hire sign and littered debris on the circuit.

It was a wild run for Triple Eight, with van Gisbergen smashing a second sign later in the session, Craig Lowndes having an early spin and Jamie Whincup hitting the wall with the left rear of his Commodore after an awkward moment with Jason Bright ahead.

Reynolds was keeping his excitement in check after switching onto a second set of tyres for the session.

“It’s practice one, I’m not writing home about it yet … everyone’s worked hard over the break, we’ve put some new bits in the car,” the Erebus racer and 2015 Townsville podium finisher said.

“To be honest the track must be pretty green doesn’t feel like much grip out there… hopefully we can keep it up.”

Mostert revealed he had also changed onto a better set of tyres after being unhappy with his first set.

Tim Slade finished fourth in the session in a one-off black livery on his Commodore. He led Rick Kelly, with three of the four Nissans finishing top 10 – Todd Kelly sixth and Michael Caruso ninth.

The Holden Racing Team Commodores topped the session early but dropped back to seventh and eighth, with James Courtney just ahead of Garth Tander.

The Supercars will tackle a second 40-minute practice session this afternoon at 3pm local time, before qualifying and racing tomorrow.