The 33-year-old and Erebus co-driver Luke Youlden have carried the pressure of being the reigning Supercheap Auto Bathurst 1000 winners through a challenging week at Mount Panorama.

Strained by a hectic run of pre-event commitments, Reynolds was unsettled by his car’s ill-handling in the early wet practice sessions, before qualifying second in the dry on Friday.

With just one morning practice session before the Shootout, the top 10 drivers all had inordinate time to think about their laps, and Reynolds delivered when it mattered.

“It was controlled kamikaze, controlled explosion,” he said, having declared himself ecstatic with a second Bathurst pole, repeating his 2015 effort scored in wet conditions.

“That’s as fast as I can go. Every lap here it’s not perfect, but you maximise what you’ve got and I think I did the best job I could.

“There’s always mistakes though. I had a bit of front-lock in The Cutting, lost a bit across the top, had more front-lock into The Dipper and The Elbow, and rear-lock at The Chase...” 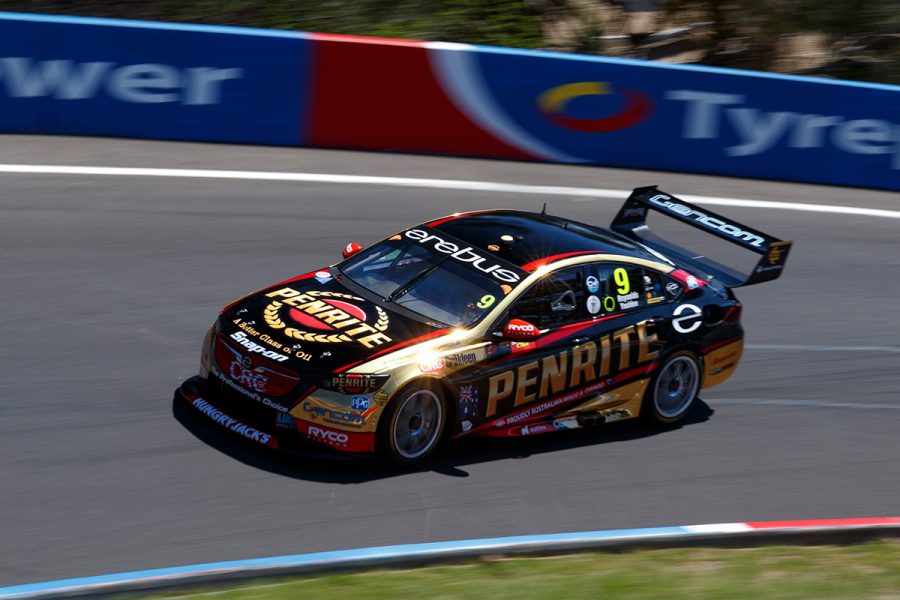 It was not bettered until Reynolds threw down his 2:04.0589s, which proved good enough to hold off last runner Jamie Whincup by 0.0094 seconds.

“I’ve been putting pressure on myself all day,” said Reynolds.

“I woke up at four o’clock this morning, stressing out, I had anxiety, everything, didn’t sleep well. I tried to sleep after lunch time, couldn’t get it done...

“I got in the car, watched Anton do a 4.3 and though ‘I don’t know if I can actually beat that, it’s bloody fast’.

“Then I pulled my socks up, got in the car, tightened my belts and just let it happen.

“Our cars have been phenomenal since they rolled out of the truck, it’s a credit to the team, the engineering group has done a bang-up job... it’s an epic day for us.”