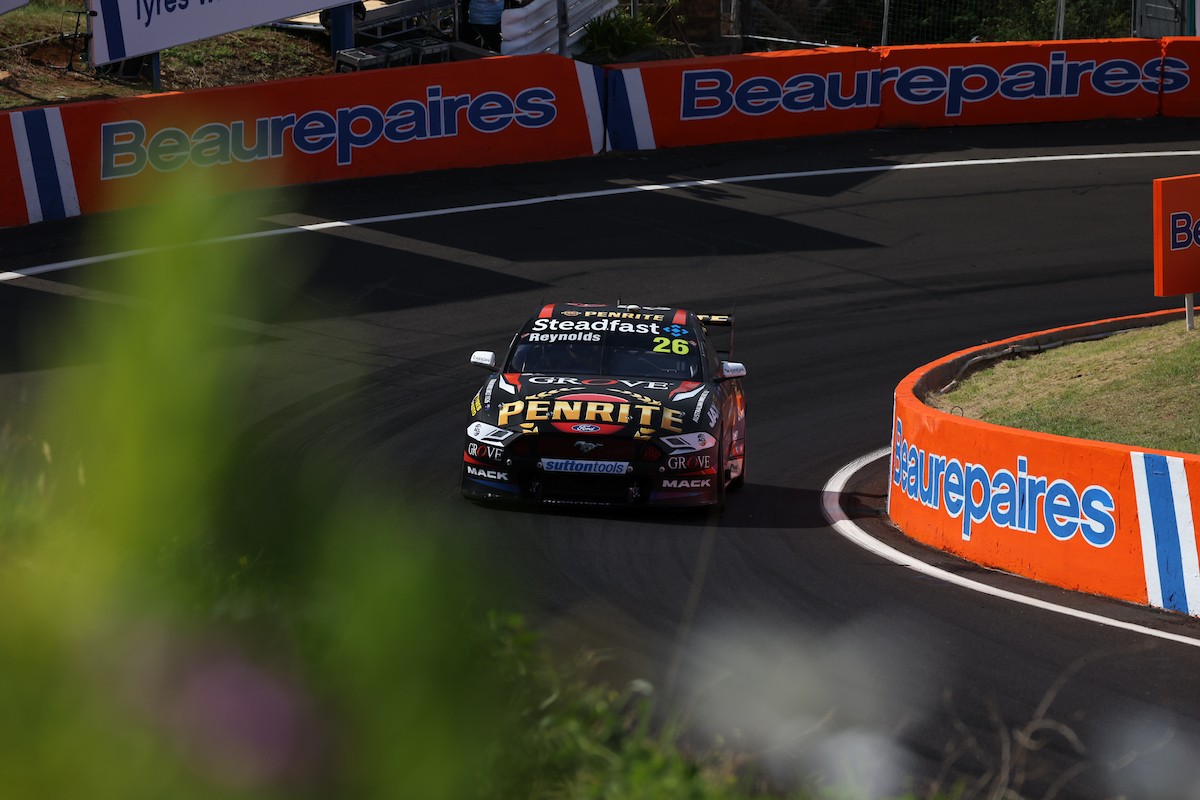 David Reynolds admitted Bathurst is the "worst track" to learn his new Ford Mustang, but was pleased with his first competitive day with Kelly Grove Racing.

Reynolds shifted from Erebus Motorsport to the Kelly Grove squad in the off-season.

After a promising pre-season test at Winton last week, Reynolds hit the track on Friday at Mount Panorama to steer his #26 Penrite Oil Mustang for the first time in anger.

The 2017 Bathurst 1000 winner completed 17 laps in first practice and set the 10th quickest time, before returning to record 17 laps in second practice.

Teammate Andre Heimgartner, in the #7 NED Whisky entry, was fifth and 15th in the two sessions.

"It's been a great first day for me with the new team, everyone's very enthusiastic, very positive so for me I couldn't have found a better home for myself," Reynolds said.

"Car speed isn't there yet, but we've had glimpses of hope during the day which makes you feel a little more positive.

"If I get it together and grow some confidence and make the car slightly better we'll be close."

With the Repco Mt Panorama 500 opening the season, Reynolds recently said the mountain was a good location to gauge his form, with the 2020 season ending at the venue. 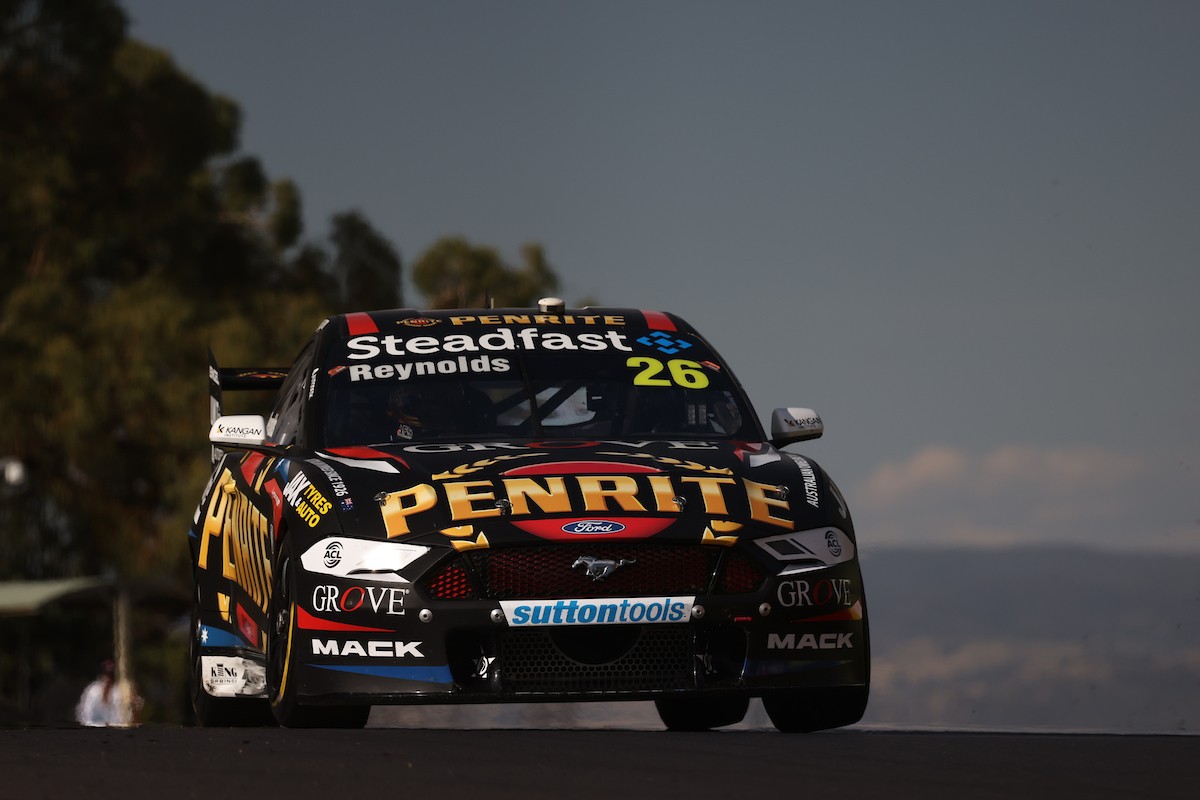 A mistake on his final flying lap on green tyres masked his pace, with Reynolds confident there's more pace in his car.

"I made an error in my best lap there towards the end on the green tyres so there was definitely more pace in the lap had I got it all right, but that's motor racing," he said.

"The car is so different from what I'm used to, it's just going to take time and this is the worst track to come to to try learn a new car.”

"The Mustang is the best aero balanced car I've driven here, it's vey stable across the top of the mountain, I've just got to get used to how it behaves and get the most out of it."

Reynolds will return to the track at 9:05am AEDT on Saturday for ARMOR ALL Qualifying. Tickets are on sale now.