The full field of 24 drivers are tackling the Victorian circuit for what is the only running most will do before the Adelaide season opener in a fortnight.

Ford teams are getting to know the new Mustang, a handful of drivers are in new homes and squads are coming to grips with new control parts.

That stood until Scott Pye claimed the top spot later in the first hour, while the second hour was dominated by a red-flag period to clean debris from the circuit.

Reynolds moved to the top nearing the end of that second hour, turning the only sub-1:31s lap of the day so far.

A 1:30.9532s has Reynolds 0.0761 seconds clear of Pye, while the second Penrite Erebus Commodore of Anton De Pasquale is third.

"It's been good," Reynolds said.

"We rolled out and the car had good balance. I knocked around on some old tyres, put a decent set on, and it's not too bad.

"We kind of expected that. We've got a few tuning items to go through this afternoon and then we'll see what happens."

McLaughlin sits fourth in the order with the effort set on just his third lap, ahead of team-mate Fabian Coulthard.

Jamie Whincup is 14th in his Red Bull Holden, which alongside McLaughlin’s Shell Ford, is the only other brand new chassis starting the 2019 season. 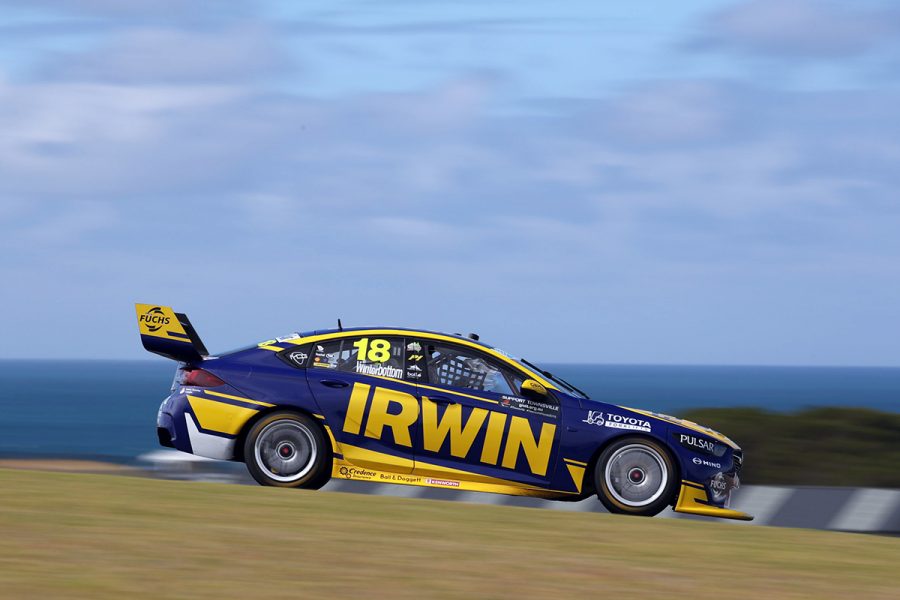 Of drivers settling into life with new teams, Mark Winterbottom leads the way in 11th aboard the IRWIN Racing Commodore.

Richie Stanaway is 17th for the Boost Mobile-backed Garry Rogers Motorsport, with Tickford Racing's Will Davison – still under the 23Red Racing banner – and Lee Holdsworth 19th and 24th.

Tim Slade has been the busiest driver of the opening four hours, turning 57 laps in his Freightliner Racing Commodore.

A host of PIRTEK Enduro Cup co-drivers are known to have been out during the morning.

That group includes Mobil 1 Mega Racing pair Warren Luff and Jack Perkins, and Luke Youlden and Tim Blanchard in the Commodores of Reynolds and Nick Percat.