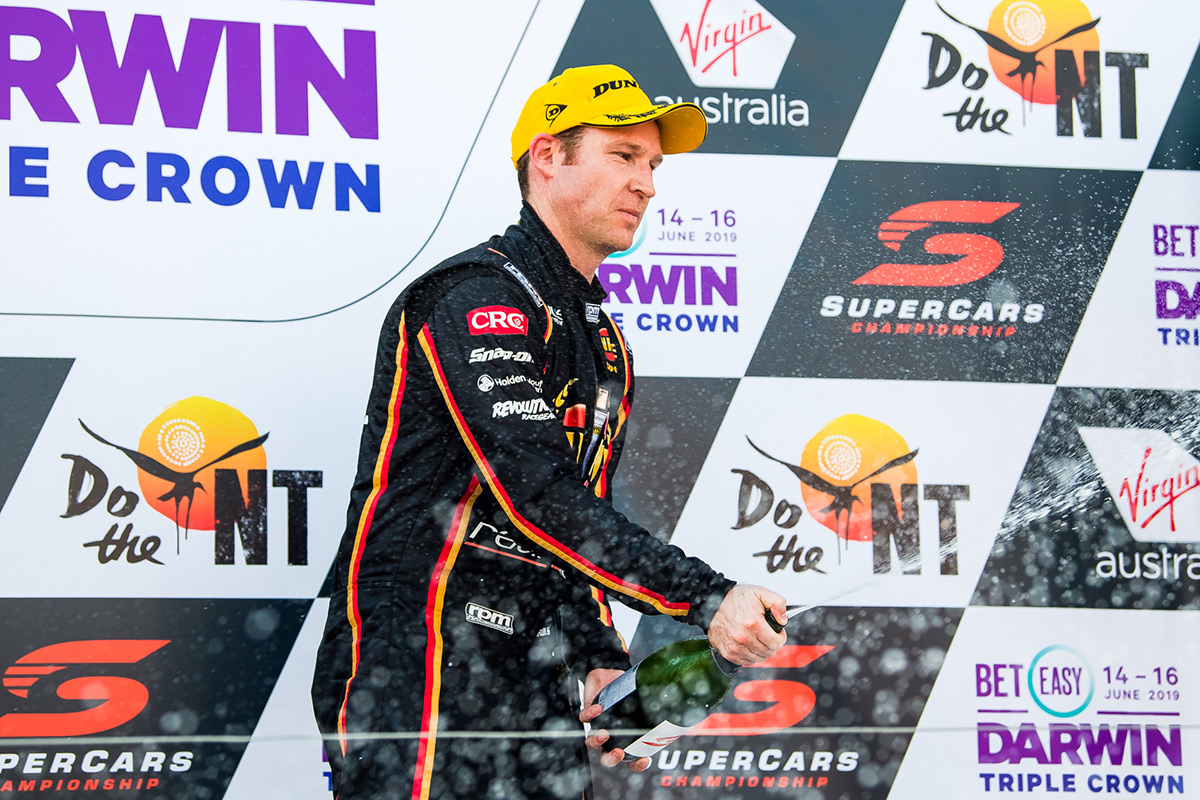 Reynolds has claimed three podiums from the last four races, only offset by a fourth, to move into third in the championship, behind the Shell Mustangs.

Red Bull Holden Racing Team pair Shane van Gisbergen and Jamie Whincup are fifth and sixth, the former without a podium since his Symmons Plains victory in April.

Second-year driver Anton De Pasquale also has a podium to his name, and is 13th in the standings, while Erebus is third in the teams' points behind DJR Team Penske and Triple Eight.

Asked what his outfit is doing right, after finishing third and second at Hidden Valley, Reynolds said: "Just hard work.

"We've put a lot of effort into our set-ups – our numbers, springs, roll-bars, roll-centres, all that sort of stuff – and come up with a really good balance to present the best car we can.

"Al and Mirko (Alistair McVean and Mirko De Rosa) and the whole engineering team do a fantastic job to give myself and Anton two very, very competitive cars.

"We make the most of what we've got."

Reynolds felt his Sunday run to second was "almost-perfect" but conceded he was frustrated to still finish 14 seconds behind championship leader Scott McLaughlin.

"We were fastest in pitlane, almost both cars were, we did everything we were supposed to do," he said.

"My car was much better than it was [on Saturday], those two Penske cars are very quick.

"It's super-frustrating. But it makes you want to work harder and do a better job next time.

"All those little one-percenters add up to something." 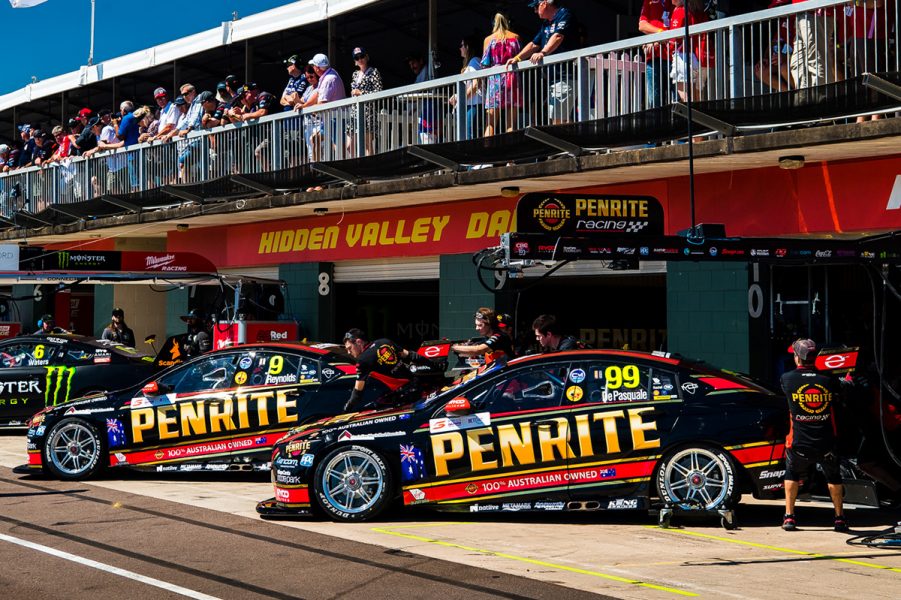 De Pasquale started fourth and sixth in Darwin, but had to settle for race results of 11th and eighth.

On Saturday, a slow right-front tyre change proved costly; De Pasquale pitted one lap before and from ahead of second-place finisher Chaz Mostert.

The 23-year-old then felt a set-up change on Sunday did not pay off.

"We had a really good day [on Saturday], we had a potential podium there, which we didn't get the most out of in the end," he said.

"[On Sunday] we sort of lacked a little bit of speed.

"We didn't do too much to our car, I just think the track went a bit different way and didn't suit what we had.

"Mine and Dave's car was a bit different, we tried a few things and tried to go faster and it worked in some spots and hurts in others – so you take that to other tracks and it'll probably work really well.

"We learnt a lot, both cars are fast with different stuff going on, so it's a good sign.

"If we put it all together we should be really strong."

As in recent years, Penrite Racing is heading directly to far-north Queensland ahead of the Watpac Townsville 400, rather than returning to its Melbourne base.