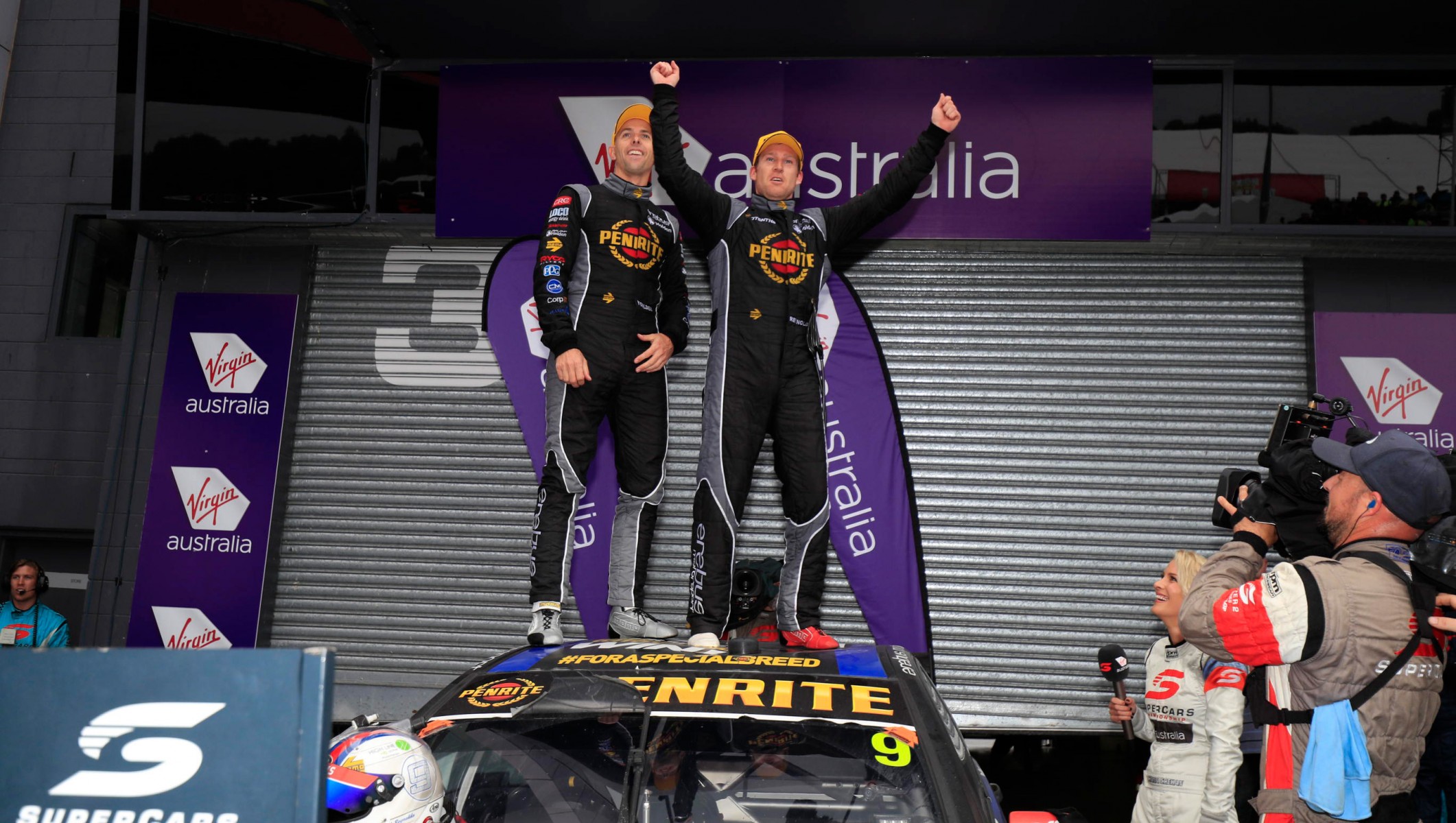 David Reynolds says he “nearly spewed on the last couple of laps” on his way to winning the Supercheap Auto Bathurst 1000 for Erebus Motorpsort.

Reynolds and Luke Youlden won Sunday’s chaotic race at Mount Panorama, the first triumph for both drivers in their 11th and 18th Great Race campaigns respectively.

The pair were among the pacesetters all week and started second thanks to second-year Erebus driver Reynolds’ Top 10 Shootout lap.

Reynolds took the lead on lap 146 of 161, and said he was exhausted in the closing laps of the rain-hit race that spanned more than seven hours, declaring that he had “nothing left to give” at the end.

“As a team we have worked extremely hard over the last year-and-a-half to get to this point,” Reynolds, now sixth in the standings, said.

“It has just been a massive whirlwind experience to get to this point.

“I owe everything to them, it is not just us two up here, there is a crew of 22 people behind us, which is probably one of the smallest teams in pitlane.

“They have done an absolutely stellar performance, and an amazing job all weekend. Since we rolled the car out it has been fast.

“I will put my hand up and say it wasn’t the best car to drive in the wet, but as the track dried out I knew it was feeling pretty good, heaps of grip out there, we just pushed on, did the fuel number pretty easily.

“It feels amazing, I am just absolutely spent. I nearly spewed on the last couple of laps. I should really work on my fitness!”

Asked about his initial post-race exchange with Klimenko, Reynolds said: “She just said thank you, that was it.

“She is kind of emotional at the moment. Even this morning, before the race started, she said ‘everything up to now has been a fairytale, so it really doesn’t matter what happens’.

“And then we went and won the race. It sounds a bit silly doesn’t it, I just rewrote it there.”

Reynolds and Youlden both led during the wet first and second stints, and ultimately stayed out of trouble as other front-running cars fell by the wayside.

However the 32-year-old admits he did not feel he was in the lead fight around the final pitstops, when the track had dried and teams were managing fuel consumption.

“The Prodrive cars were extra speedy at the start, especially in the full wet conditions, they just blew us to bits,” he said.

“We had not a lot of pace on them, but were sort of maintaining second or third most of the race.

“And then it was about 28 laps to go, we dropped back to ninth and were basically out of the race but we were trying to do fuel numbers and race everyone around us.

“There was kind of a cool battle going on, we were all racing each other and we kind of knew it was for something but we didn’t know what it was going to be for.

“We were trying to hit fuel numbers and pass cars as well, so it made it really difficult out there, I didn’t think we were going to win it until that last Safety Car.

“I pulled a small gap on Scott [Pye], and was able to maintain it.”