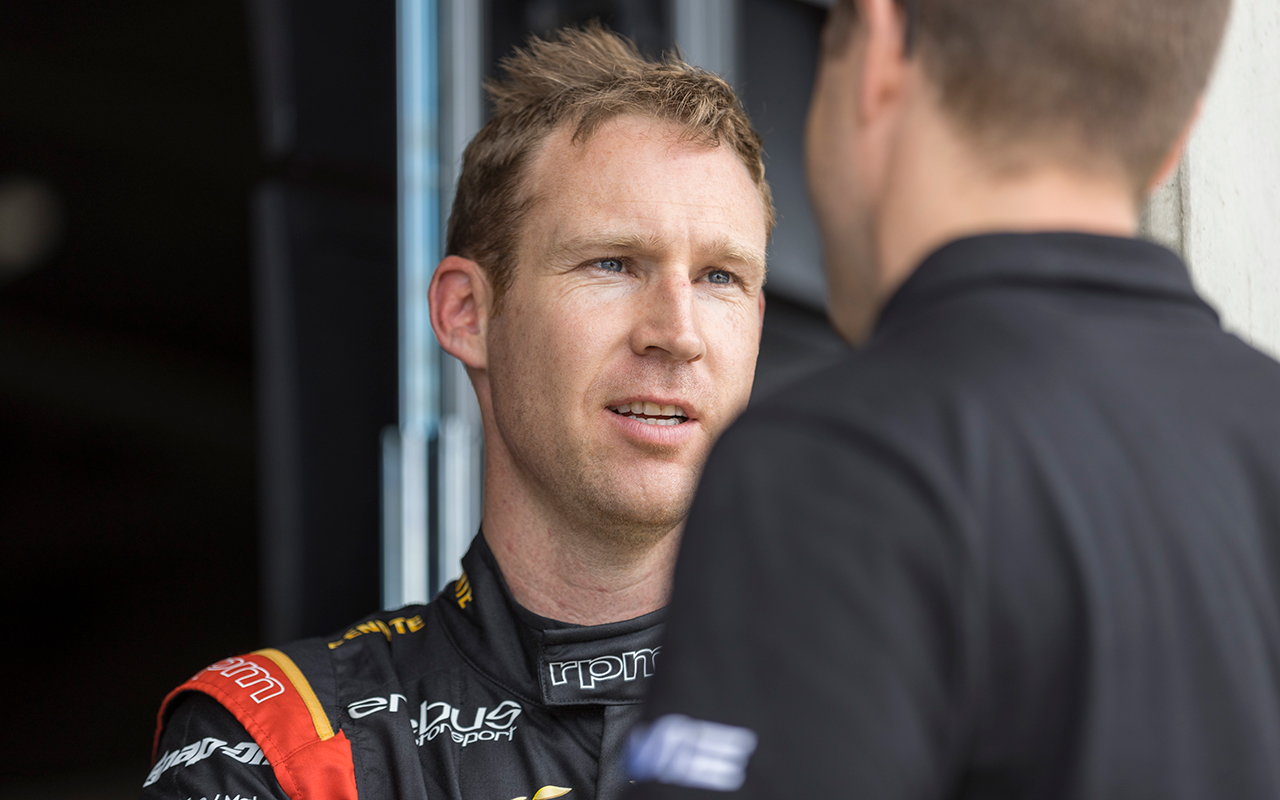 David Reynolds says a lap one tangle with teammate Anton De Pasquale weighed on his mind throughout Sunday’s second leg of the Superloop Adelaide 500.

Starting 14th after a failed coil hampered his qualifying session, Reynolds made a lunge on Mark Winterbottom at Turn 9 on the opening lap that ended in disaster.

Reynolds tagged the rear of teammate De Pasquale, turning the youngster around in front of the pack, triggering a multi-car accident.

The ensuing damage put De Pasquale out on the spot, while Reynolds soldiered on to finish eighth, despite copping a drive-through penalty for his mistake.

“I got a run on Winterbottom out of Turn 8, tried to pass him at Turn 9 and I saw Anton turn in and I was like ‘oh no, this isn’t going to go well’,” recalled Reynolds.

“I just tagged the back of him, wrong place, wrong time. It’s racing, but I feel terrible.

“The problem is it happened on lap one and you carry that guilt for 78 laps until you come back and see everyone and get some solace.”

Asked if he found it hard to concentrate following the accident, Reynolds added: “Yeah. You feel gutted, you feel depressed [in the car].

“It’s not until you see everyone again and smooth it over that you get some sort of peace.

“I’d much rather ruin someone else’s day than someone in my own team. At the end of the day we’re a team, we’ve got two cars, it makes it 10 times worse.”

Speaking during the race on the television broadcast, team boss Barry Ryan declared it a case of “s*** happens”, while De Pasquale cut a disappointed but relaxed figure.

“Obviously it's not ideal and because it's a teammate it obviously makes it a bit bigger,” he said.

“We're all racing and trying to go around the track fast as possible and these things happen.”

Added Reynolds post-race: “Anton was cool about it, he’s got his emotions in check, he understands racing, he always sees the bigger picture. He’s got his head screwed on,” he said.

“Myself and Anton have been racing hard as teammates for two years and we haven’t touched doors or anything.

“You’re always going to crash into someone, it’s just unfortunate it was him.”

Reynolds leaves Adelaide sixth in the championship, having finished fourth on Saturday from second on the grid.