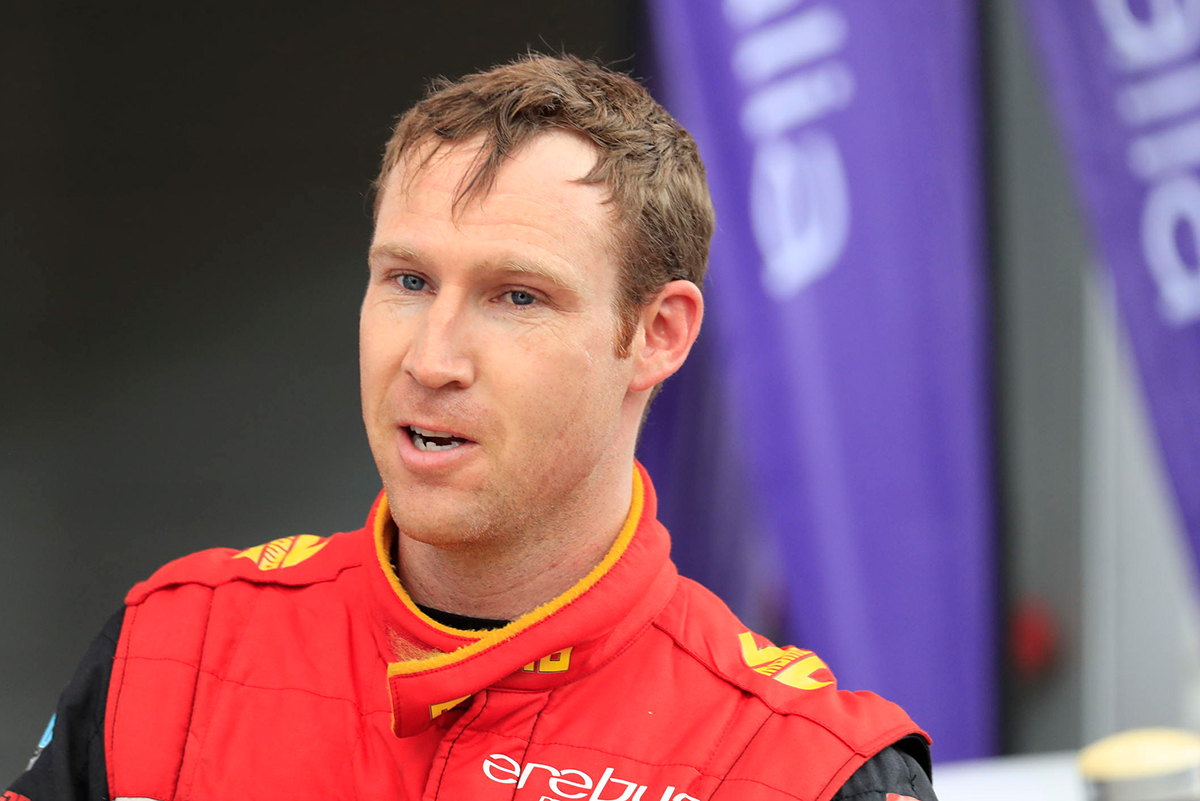 David Reynolds says a lack of self-belief cost him victory in the Adelaide 500.

The Erebus Holden driver emerged from the second and final pitstops on Sunday with the effective lead of the race.

He kept Shane van Gisbergen and Garth Tander at bay at Turn 4 on his outlap, but the Red Bull Holden then scythed down the inside into the Turn 9 hairpin.

Reynolds had the pace to stay with van Gisbergen for the duration, but unable to get by, was left to rue the defining moment.

“My problem is I never believe in myself at this track. I never go well here and to pop out in the lead with 30 laps to go... I never thought it was possible.

“That's the god honest truth. I never believed in myself.

“I've never gone good at this track, so I had a negative mindset heading into it. I was thinking 'oh, I'll probably end up eighth and 10th if I do alright'.

“I've never felt comfortable here. But that's the best car I've ever had here in my life, by a country mile.

“So to finish fourth and second, I should be stoked – but I'm so disappointed. I let the lead of the race go.”

I read this book about 28 years ago and I think I should read it again.. #VASC #Adelaide500 pic.twitter.com/ziywyRpvjQ

When asked how he can overcome the self-belief issue going forward, Reynolds said: “Have a weekend like this.

“I'll never, ever have that mindset heading into this weekend again. Next year I'll be looking forward to Adelaide.

“I wish I could start my weekend again, knowing I was going to have this result.

“Hindsight is a wonderful thing, but I'm disappointed with myself. If I was my own parent, I'd be disappointed in me.

“I'm not angry; angry comes first. I was angry in the race. Now I'm disappointed.”

Reynolds’ disappointment at finishing second is a poignant reminder of Erebus’ progress over the last two years.

The Betty Klimenko-owned squad barely made it to the 2016 Adelaide 500 after an off-season move from the Gold Coast to Melbourne that included a wholesale change in equipment and staff.

“In 2016 we struggled to make it here,” reflected Reynolds, who joined the team as somewhat of a last chance saloon after being dropped by Tickford Racing at the end of '15.

“We had all this shit go wrong. Half of the crew had never done pitstops before, or never worked in Supercars before. And two years later we're challenging for wins.

“That's the category, though. The category is so well-controlled and close; you put some good people in place and things start happening quickly.”