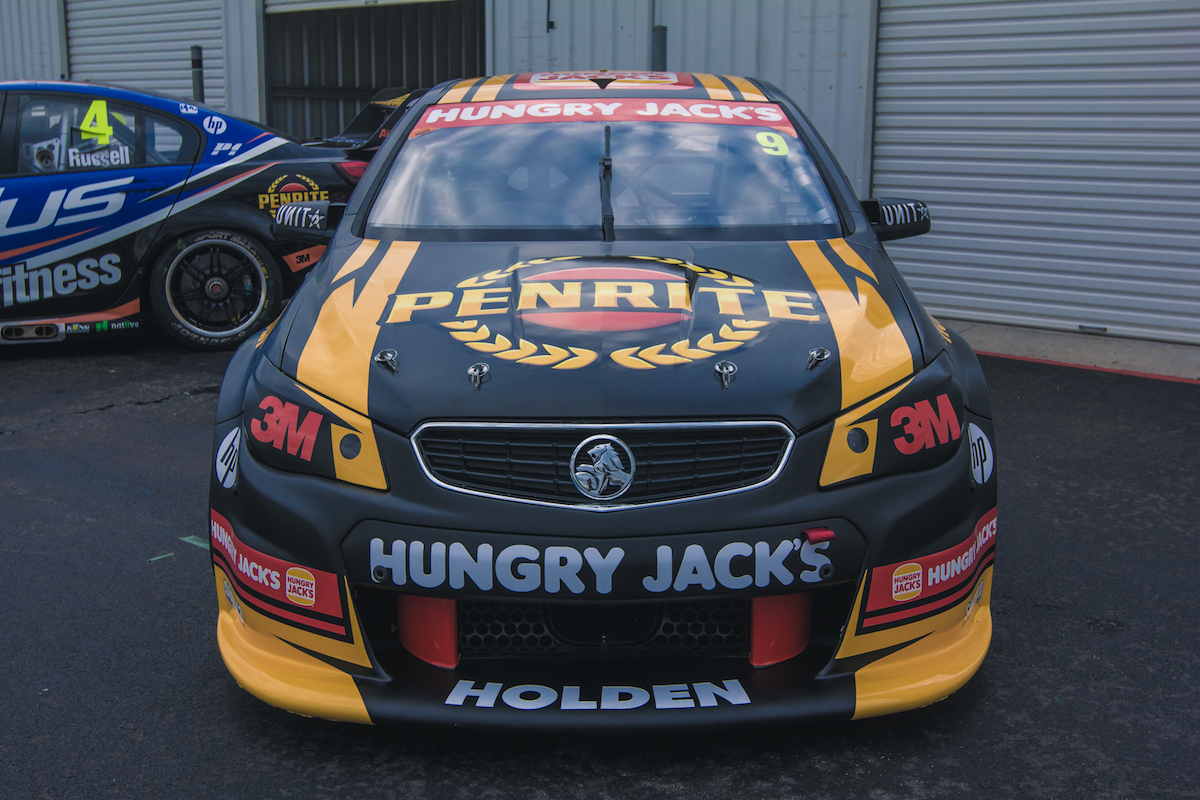 David Reynolds is hoping for a much needed change of luck at the Clipsal 500 Adelaide.

Lining up for Erebus for the first time this weekend, Reynolds is hopeful of a result steering a Holden Commodore this time around.

He and the team welcome Hungry Jack’s as a sponsor and, if all goes to plan, Reynolds will deliver it and major sponsor Penrite a good result this weekend.

“I think the car looks pretty cool, I really like it.”

After a successful test in the car last week, Reynolds is positive about a result and relaxed about the weekend ahead.

While he was initially uncomfortable with the ergonomics of the car, he said he worked well with the team to improve those features for this weekend.

“I was never frustrated at any point, it was just very different,” he said “I have an open mind and I don’t have any dramas … I’ll get in the car and not do anything stupid and increase the workload of the boys.”

Reynolds is excited about the year ahead with Erebus, and with Hungry Jack’s joining the fold, he will be part of a number of activations.

“I’m looking forward to visiting Hungry Jack’s stores at various rounds and dropping off some exclusive memorabilia for customers to win,” Reynolds said.

“It’s always cool to be able to chat to the fans and give away prizes away from the track.”

“It’s great to be able to work with such an iconic Australian brand,” Klimenko said.  “I’m a regular visitor and it’s great to see how much of a family environment there is in store.”

Tune in tomorrow to see Reynolds’ first hit-out in Adelaide in the Erebus Commodore.