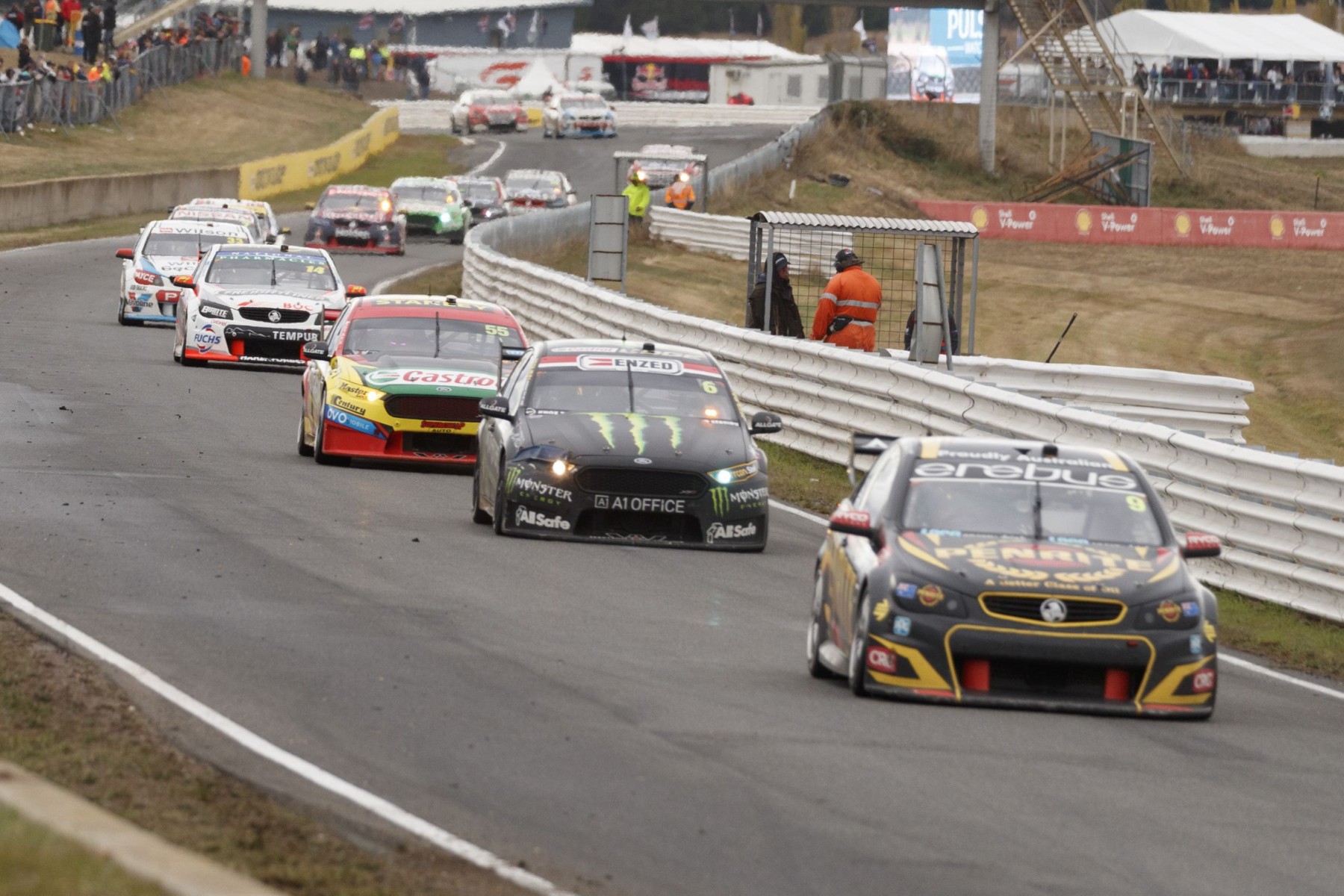 David Reynolds is confident Erebus Motorsport can continue punching above its weight after making a promising start to 2017.

Reynolds highlighted the Melbourne team’s recruitment of engineer Alistair McVean as a major reason the squad is able to battle towards the front of the field despite its relative size and age.

While a penalty for overuse of kerbs hampered his running at the Clipsal 500, Reynolds secured fifth place in the sole points paying race at the Tyrepower Tasmania SuperSprint and currently sits 10th in the standings.

The Symmons Plains result came a year after the team struggled at the same track, with the Holden driver pointing to personnel changes as a reason why.

McVean switched from the Holden Racing Team ahead of the Bathurst 1000 after previously working with 2010 series champion James Courtney and boosted Erebus’s technical department led by team manager, Barry Ryan.

“If you look down pitlane, even though we’re down the far end of pitlane, we’re mixing with the blokes at the other end,” he told Supercars.com

“So it’s a really good feeling in our team.

“Al McVean joining our team at Bathurst, he’s brought a really level head and a lot of experience in the sport and some good ideas.

“You can tell when an engineer is good. The first session on Friday (at Tasmania), we were dogsh*t. We were slow as.

“Then in P2 we changed the car drastically and were instantly better. He can make good decisions and improve the car.

“It’s the hardest thing to drive a car and say ‘this is what’s wrong with it’.

“He actually does figure it out so we progress through our sessions.”

After the team reversed its form at Symmons Plains, Reynolds is hesitant to make a similar prediction ahead of the WD-40 Phillip Island 500.

“Tassie and Phillip Island are two different tracks,” he added.

“One has the hard tyre and one has the soft tyre.

“The hard is a little bit different, we need to get our head around it a little bit better because at Adelaide I don’t think we got the most out of it and our speed suffered.

“It’s a very hard track to set the car up because you spend a lot of time in the corners.

“It creates a big variance between a good car and a fast car.”

Reynolds also pointed towards the addition of Dale Wood to the team as another reason it is progressing.

Wood re-joined the championship full-time in 2014 and has spent seasons with Brad Jones Racing and Nissan Motorsport before his switch to Erebus this season.

“Dale’s been a fantastic addition to the team,” he concluded.

“I know he’s been in the sport for a long-time. He’s a very funny guy. That’s what I love.

“It makes everyone’s job more enjoyable when you go racing.

“He brings a lot of knowledge. He’s been at a lot of different teams so he understands it.”