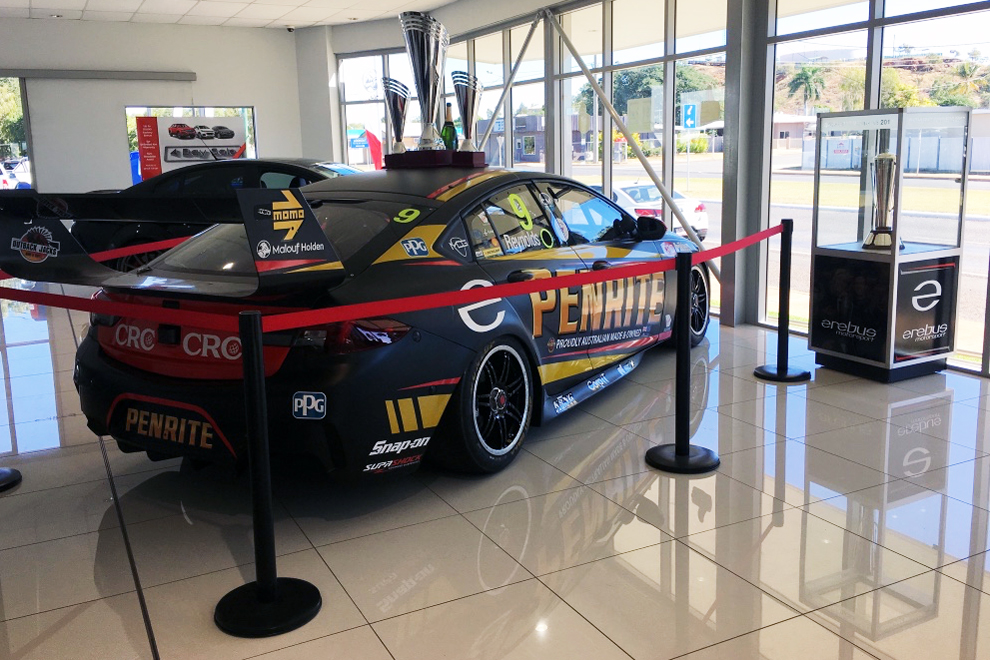 At the conclusion of a CrownBet Darwin Triple Crown that included a pole and a win, Erebus’ two ZBs were prepared at the circuit for the Watpac Townsville 400 on July 6-8.

Rather than going back to the team's Melbourne base, the Erebus transporter headed from Darwin to Mount Isa, where Reynolds’ ZB will be on display at Malouf Holden for the next 10 days.

“It was something we did last year, and were always aiming to do again,” Erebus CEO Barry Ryan said of the decision not to go back to Melbourne.

“Obviously, you make sure you’re equipped with everything you need to get through both events and always have a back-up plan, but we came out of Darwin reasonably well.

“We were lucky, there wasn’t much to do on the cars and we were finished by Tuesday afternoon, cars loaded and on their way.

“We worked hard in that three-week period after Winton and now we’re able to have a bit of down time before heading into the back half of the season.” 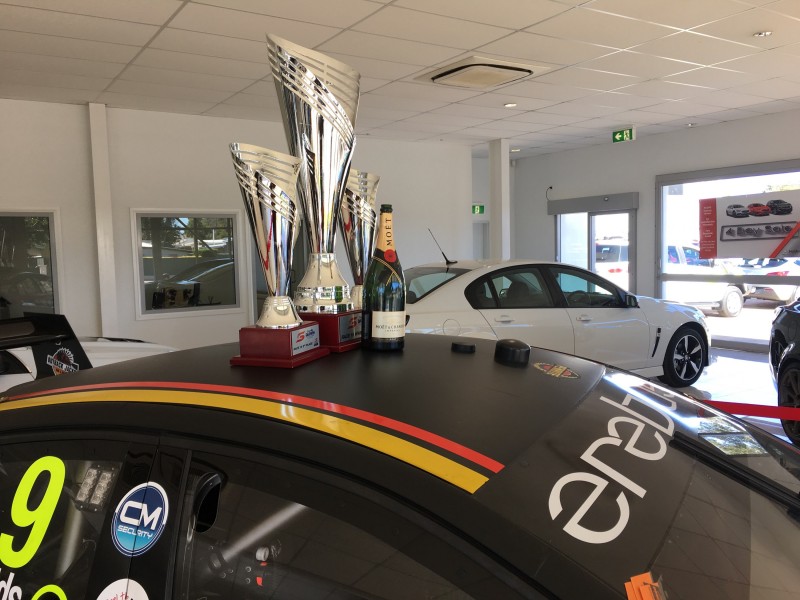 The Penrite entry is displayed at the Holden dealership with its Hidden Valley trophies and the Peter Brock Trophy won at Bathurst last October, the team having taken the latter on a country-wide roadshow this year.

Reynolds will make an appearance at Malouf Holden on June 30 for a meet-and-greet with fans.

“The locals are invited to come down to Malouf Holden and see the car and Bathurst trophy,” Ryan said.

“Dave will also be available to take customers for a test drive in the new Commodore.”