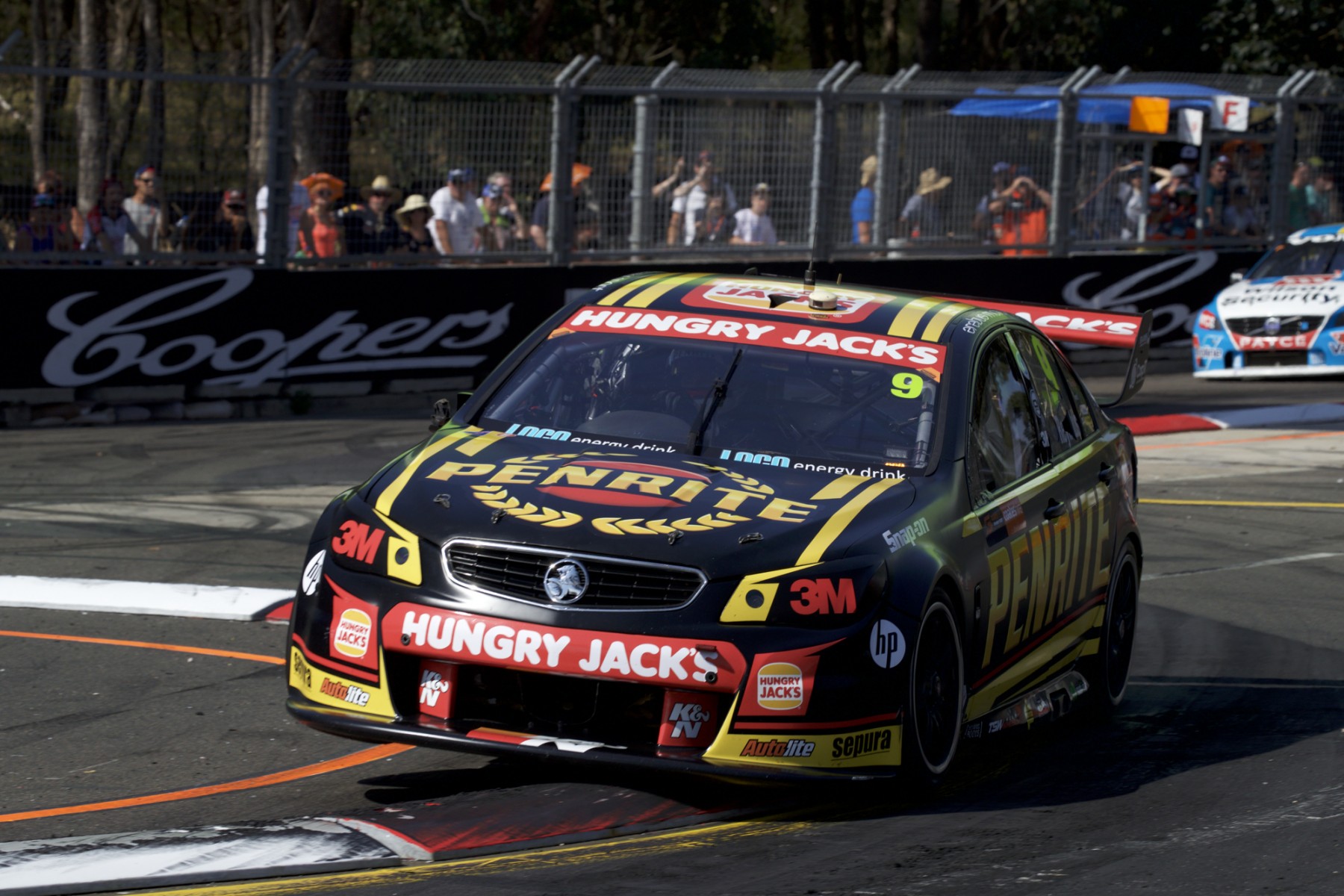 David Reynolds was unsure whether or not he was surprised by today’s podium finish at the Coates Hire Sydney 500, with good form on street tracks but complications throughout the 250km run.

Reynolds held off a charging Jamie Whincup in the closing stages of the race to claim Erebus Motorsport’s first podium since switching to race Holden Commodores this year.

His form has lifted in the second half of the season, with the car suiting street circuits – so he was expecting to do well at the Sydney Olympic Park track.

“In practice we did a good job and made the right steps forward and we had a strong car today,” he said.

“Actually I am. I actually had a horrible race, everything went wrong for me – we still managed to get third which was awesome.”

As he thought about the question he recounted the issues faced in the Penrite Commodore in the final race of the 2016 season.

“I can’t remember what lap it was, Shae (Davies) my teammate, stuffed up into the first corner and rejoined … I’ve nearly drive into him, I thought, ‘what was he doing?’.

“Then Whincup got a run on me and Courtney was behind at that point and I was under pressure.

“My comms on my helmet fell out five times during the race, I had to put it in down the front straight, I just managed it.

“I ran out of water in my bottle I boiled myself dry, that was kind of hard work that’s why they gave me a drink at the last pit stop.

The Whincup-Reynolds fight was the highlight of the race after the cars were bunched by late safety cars.

“That was a really hard battle luckily I had no mirrors!” Reynolds said.

“He was probably faster than me but I probably waned this podium more than he did.”

Reynolds is hopeful the team will continue to build on this form into 2017 and find more consistent results.

“A different tyre next year will probably lean to the bigger teams because they have a bit more engineering force than we do – but there’s no reason, if we do things methodically and play it smart, we can’t be at the front straight away.

“I always try 100 per cent regardless of what track. Or 110 per cent, which is probably my drama.”