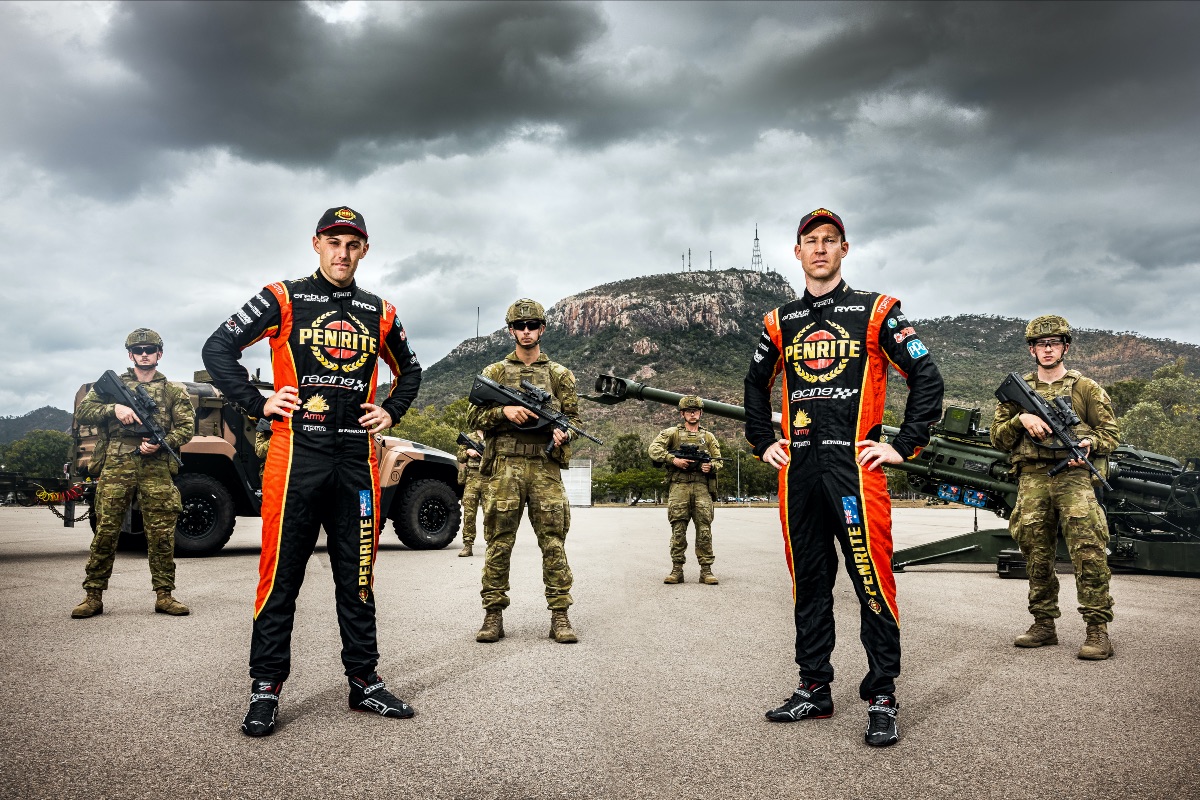 The Holden team has enjoyed a strong relationship with the armed forces dating back to 2016, running dedicated liveries on their #9 and #99 Commodores last year in Townsville.

The team will display the Royal Australian Artillery Association badge on its cars this weekend at the Robson Civil Projects Townsville SuperSprint; particularly relevant this week as the nation recognises Legacy Week.

“It was really good to hang with the guys and girls are Lavarack Barracks today; we are really proud of the relationship we have formed over the last few years,” Reynolds said. 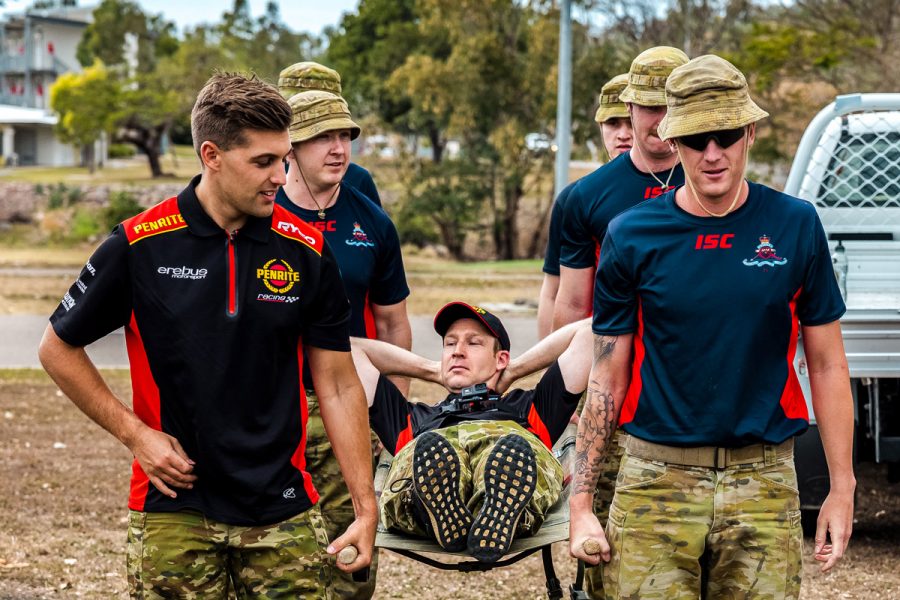 “We have two army recruits on our crew and talking to them really helps understand that the army is way more than just people going into combat.

“They do so much amazing work in the community and have been a big part of helping Aussies through the bushfires and COVID.

“I think a lot of Australians are proud of our army and what they have achieved, and it’s really good to carry the army badge on our cars.”

Added De Pasquale: “It was cool to get the heart racing before the weekend; they all push hard but it’s also about teamwork and getting everyone to the end. 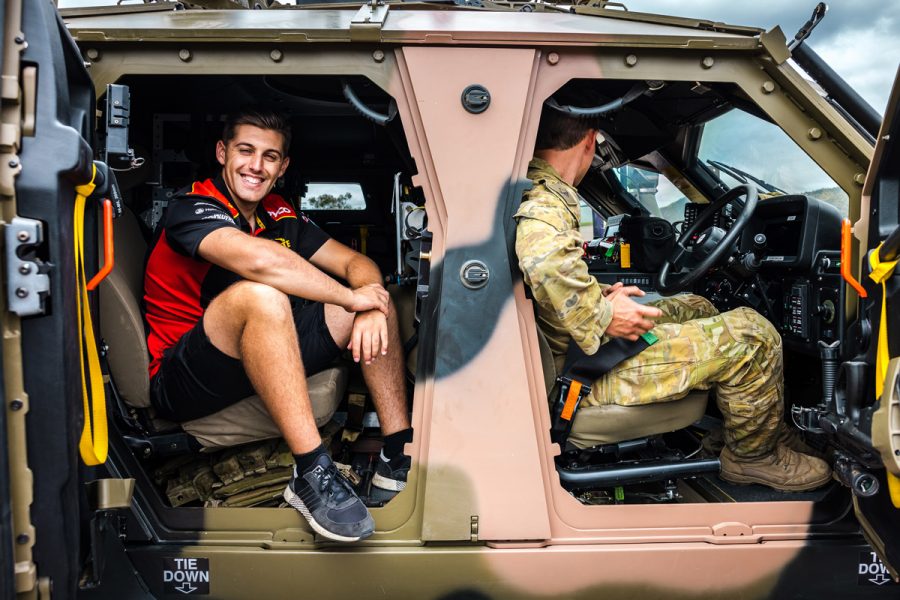 “While our team does a different job to the army you can see a lot of similarities in everything we do.

“The camaraderie, teamwork and commitment is something I not only see with the army but also in our team. Particularly at the moment when things are changing and we are adapting and having to be flexible, supporting each other and working as a team is so important.

“Everyone has their own goals and things they want to achieve, but everyone needs to work together to get the Penrite Racing cars across the line first.

“They’re all on call to pack and leave to help our country at a moment’s notice, and they are constantly learning to deal with circumstances beyond their control, and I think that makes you more resilient and is something we can learn from in our current situation.” 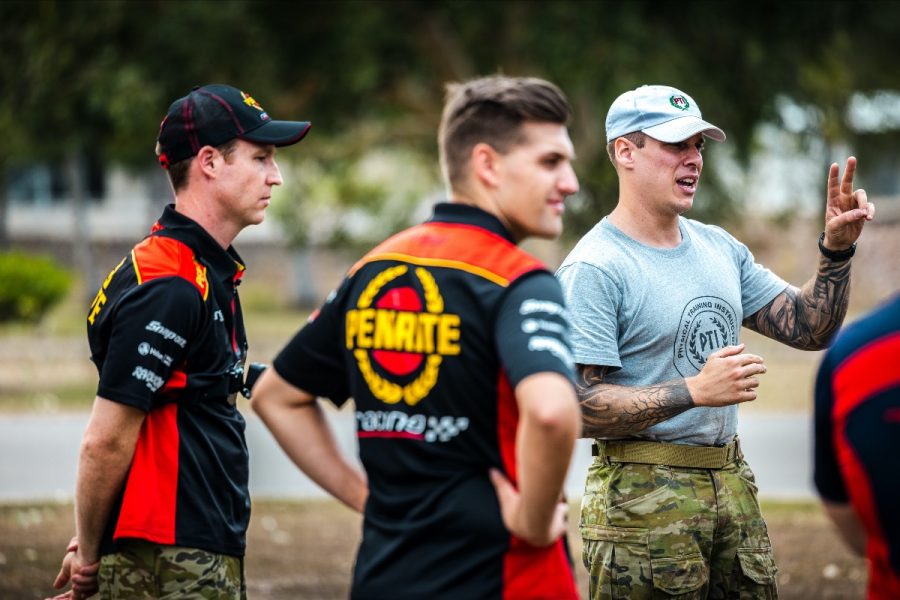 “The Erebus Motorsport Team has done an exceptional job in aiding the Royal Australian Artillery in raising awareness and funds for veterans’ community organisations,” he said.

“The opportunity to work with a highly professional team like Erebus allows us to learn how De Pasquale said he enjoyed getting the blood pumping before this weekend’s second event in Far North Queensland.”