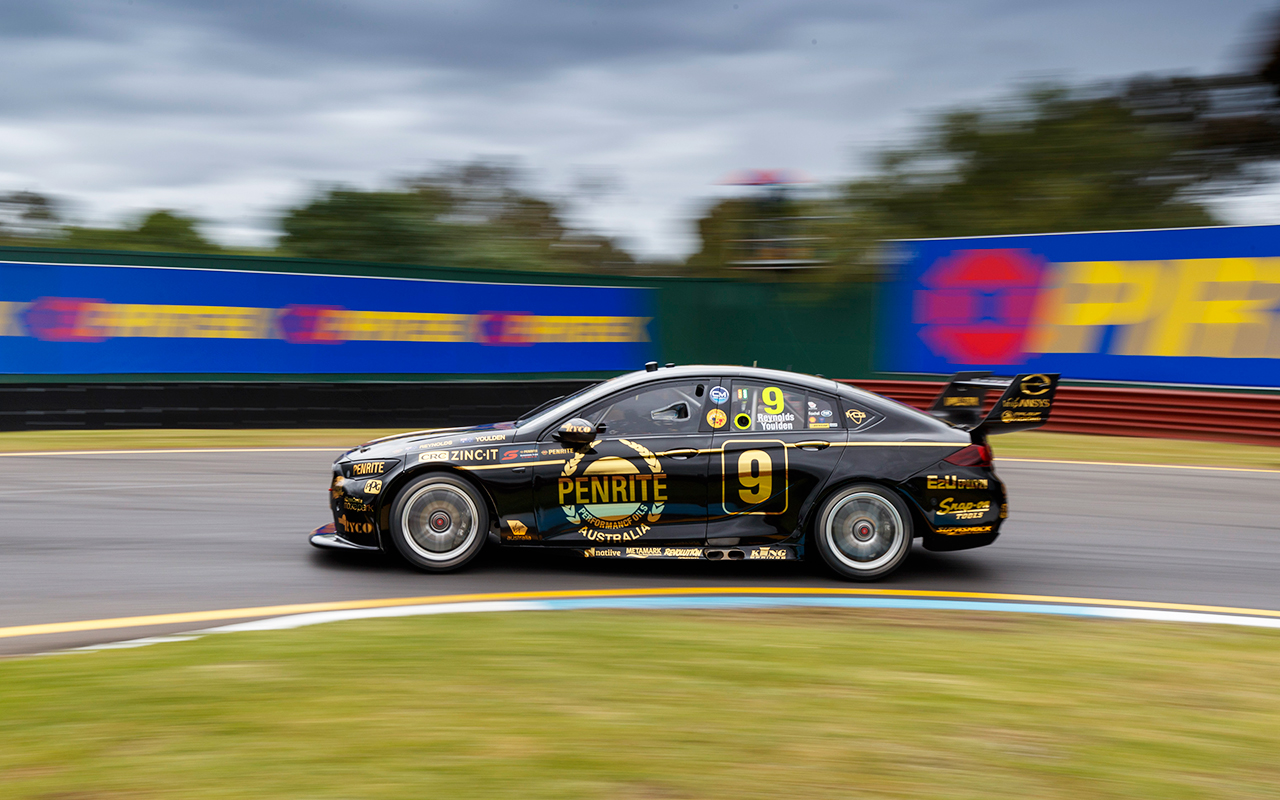 David Reynolds has set a new Supercars practice lap record at Sandown, heading up a Penrite Racing 1-2 in Practice 2.

Primary drivers were greeted with a drying track for their only 30-minute session of Friday running, meaning times tumbled throughout.

Anton De Pasquale became the first driver into the 1:07s bracket this weekend before Reynolds trumped him with his record–setting 1:07.7779s.

The session ended in unusual circumstances with Chaz Mostert and early pacesetter Scott Pye running off separately into the Turn 9 gravel trap, becoming beached just metres from one another.

"That's why it's practice, you've got to have a go," Mostert explained.

"I actually came across the top at (Turn) 6 there and just ran a little bit wide and when I was trying to wrestle it back for the right, I kind of glanced up and saw a yellow flag, so that kind of took away my concentration a bit.

"When I had a little lock, I didn't want to hurt the tyre too bad, you already know you're kind of going off, so I decided to go in quite deep than what it probably was actually going to be."

Jamie Whincup had been a victim at the same corner at the 10-minute mark, stopping with the nose of his Red Bull Holden resting against the tyre barriers, triggering the red flags.

Reynolds’ effort snaps a streak of five consecutive sessions led by the Red Bull Holden Racing Team, dating back to the Saturday race at the Vodafone Gold Coast 600.

“My car was really good then,” Reynolds said.

“Obviously the first couple of laps, we were trying to get up to speed, there were damp patches everywhere, we weren’t risking the car heaps.”

He added of the record: “That’s good, I wonder how long it’s going to last. Until people start putting new tyres on, who knows where everyone’s at?

“Obviously with the resurfacing around the track, it’s very, very grippy, in some spots, not all, so it’s going to be interesting.”

Second-placed De Pasquale was pleased with his session.

"We didn't have time with all that wet stuff at the start to run a green or anything like that. The car was going quite good, I think it's good," he said.

"It's our first one-two as a team, I know it's only practice, but it's still cool and all the boys and everyone are really happy. "

Behind the #99 Commodore was Scott McLaughlin, Mostert and Lee Holdsworth in fifth.

“It’s taking a long time to get temperature in the tyres, you’re out there for four or five laps to do your best time,” Holdsworth said.

“We need to work out how to switch them on a bit quicker.”

Track times had been expected to improve following resurfacing works including at Turn 6.

"Obviously new surface, so a bit more grip on the track makes it more fun to drive and a bit faster, and our cars always generally go pretty good on the new surface, so it's good," De Pasquale added.

The third and final Supercars today will be a co-driver only session from 3:20pm.