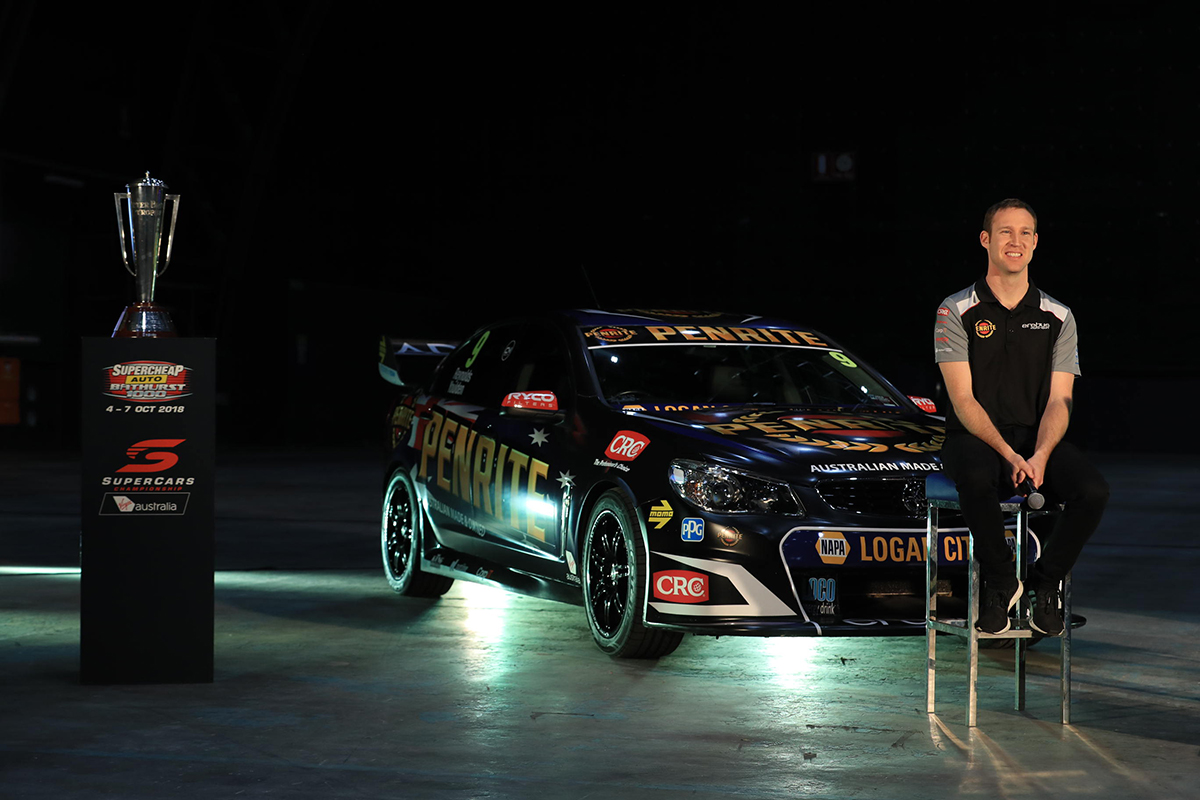 Reynolds conquered Mount Panorama last October with Luke Youlden for Erebus Motorsport, the first Bathurst victory for both drivers and the Holden squad.

The duo will team up again in the Penrite Commodore for this year's race on October 7 – now 51 days away – with Reynolds attending a launch of the event in Sydney on Thursday.

"It just feels different," he continued when asked by Supercars.com about the feeling of disbelief.

"Like when I look at the Bathurst winners, they're all legends and they've got heaps of accolades in the sport and I just don't feel like I'm that person yet. It's weird.

"It's hard for me to describe but it doesn't feel like it was me," he added, of seeing highlights from the race again.

"Even if I watch back the footage and when they talk to you after the race and stuff, it just doesn't feel real.

"It's the weirdest thing ever, it's like I'm looking at myself on TV but I don't think it's me. It's like a parallel universe.

"It hasn't really sunk in that I've won the race because our sport is a team achievement, it's not an individual sport.

"I think if it was an individual sport, I'd probably feel more wholly and solely responsible for winning the race.

"But for us it's more of a team sport than any other sport."

He expects his newfound standing as a winner will "hit home a lot more" when back at Mount Panorama in October.

"You don't understand the relevance or the significance and how big it all is until you win the race," Reynolds added.

"I've been on pole, been on the podium, had good races there but never won it. Until you win it, you don't understand.

"Even some of the other drivers that have won the race, after I won, they said 'enjoy the ride' and I know what they mean now."

Erebus has taken a constant reminder of the triumph to each event this year, displaying the Peter Brock Trophy behind its garage.

"Originally I thought that was a little bit odd," Reynolds, who flew to Sydney with the trophy for the launch, admitted.

"But then I saw how much people love it and come and take photos with it and point it out, and I actually thought 'that's one of the best ideas we've had'.

"Everyone really enjoys taking a photo with it, because normally you see the trophy in October and then you never see it again.

"To roll it out at every race and give fans the chance to come and look at it and take photos with it and me and Betty [Klimenko], I think it's a good idea."