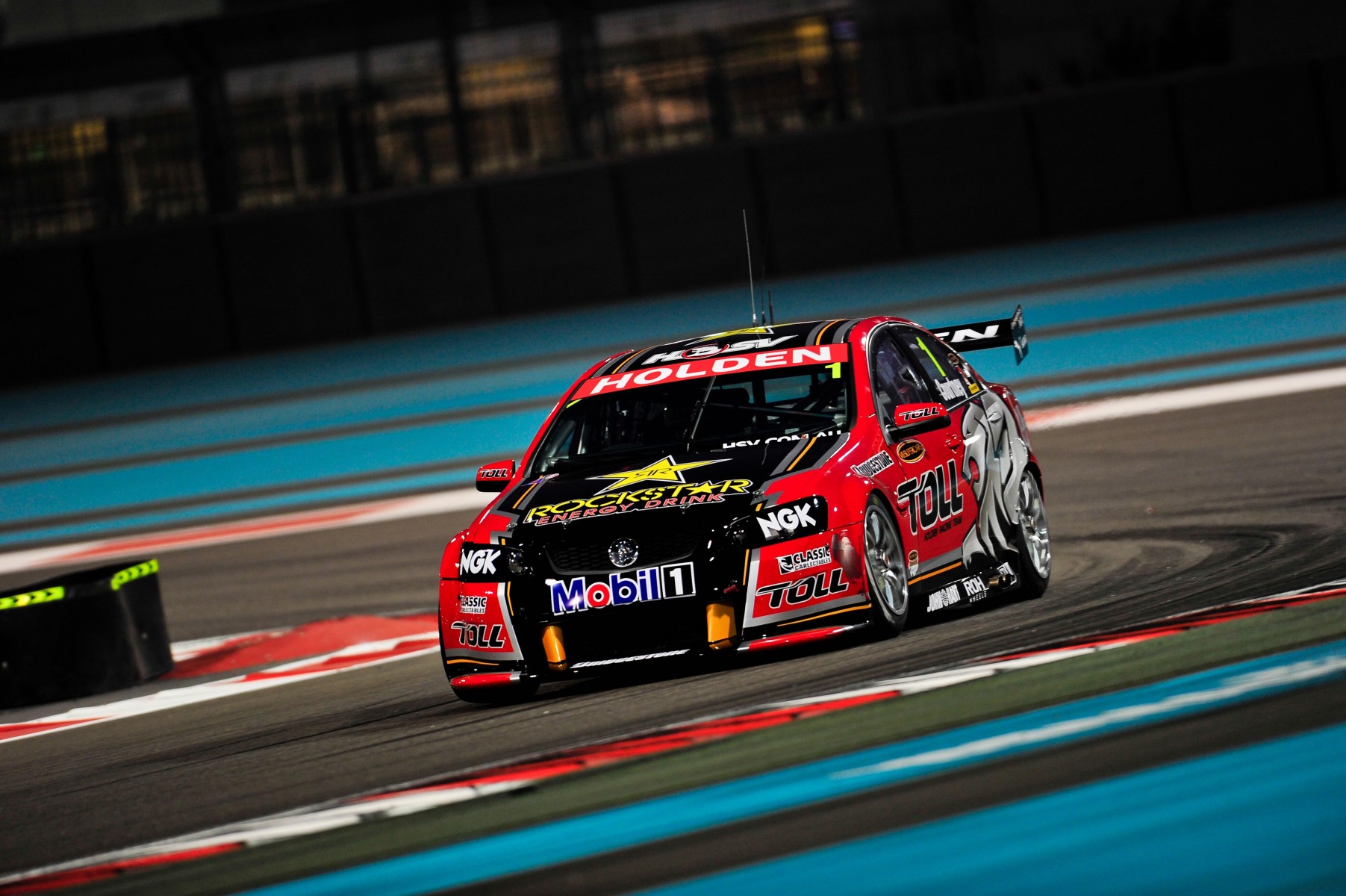 No worse situation could face a high-profile recruit's first event as reigning champion than starting a race on minus points in the championship.

They were the circumstances thrust into the face of James Courtney, whose first weekend with the Holden Racing Team could not have started worse.

However, by the end of the season-opening weekend in Abu Dhabi, the Holden star had recorded his "greatest" race victory in an already decorated career.

A decade ago, the 2011 season began at the Yas Marina Circuit in Abu Dhabi, like the 2010 season had done 12 months earlier.

Then driving for Dick Johnson Racing, Courtney recorded finishes of fourth and sixth en route to a stunning championship triumph.

In 2011, though, his colours had changed, although his usual rivals remained at the front as Jamie Whincup and Triple Eight kicked off the new season with a win. 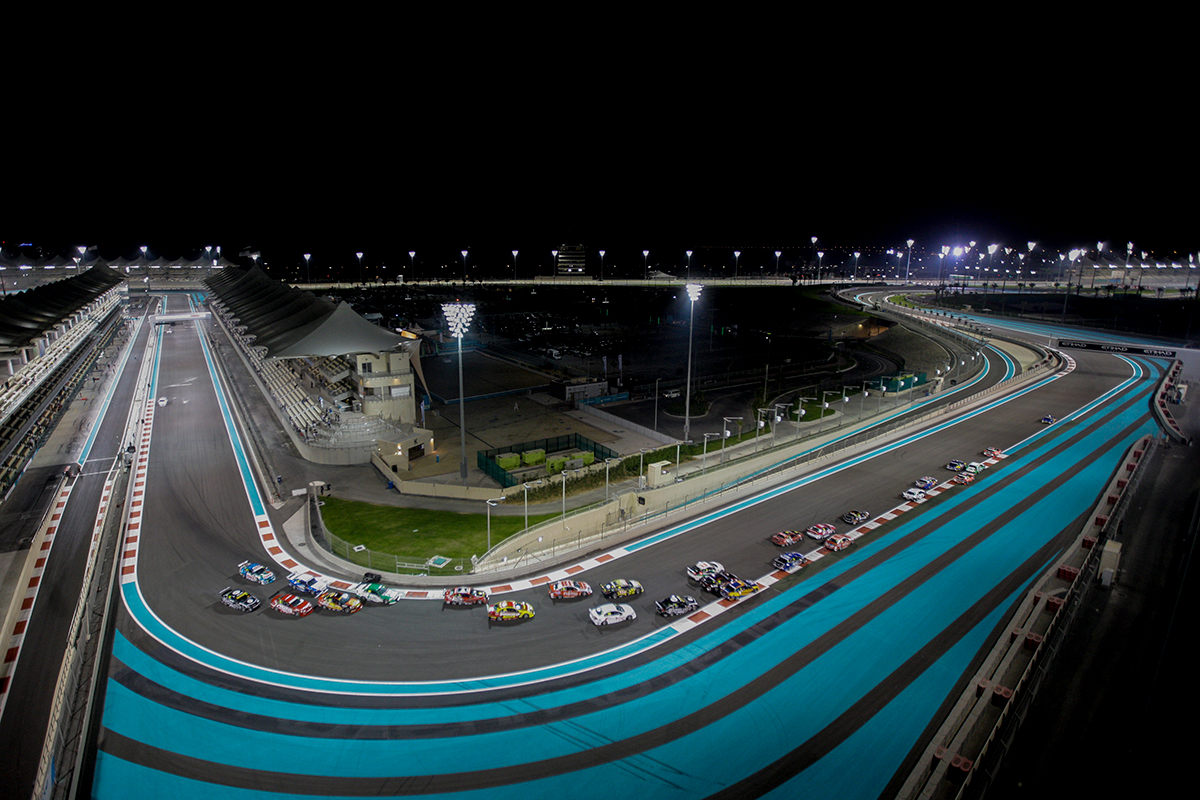 Courtney, though, went missing on the Saturday, with the star driver slumping to 26th following an early clash with Brad Jones Racing’s Jason Bargwanna.

What’s more was that Courtney was slapped with a subsequent 50-point penalty for the incident. With 26th place offering just 27 points, Courtney began Sunday on minus 23 points.

In only his third race meeting for HRT, with his first two during the 2005 enduros, it was a rotten start to full-time life in red.

Whincup started from pole position for Race 2 alongside team-mate Craig Lowndes, with Courtney launching from fifth.

HRT team-mate Garth Tander was caught up in a first-lap pile-up involving Tony D’Alberto and Tim Slade, which led to the first of two lengthy Safety Car periods.

From there, the 43-lap affair unfolded into an epic battle of fuel and race strategies, with the #1 Commodore a dark horse for victory. 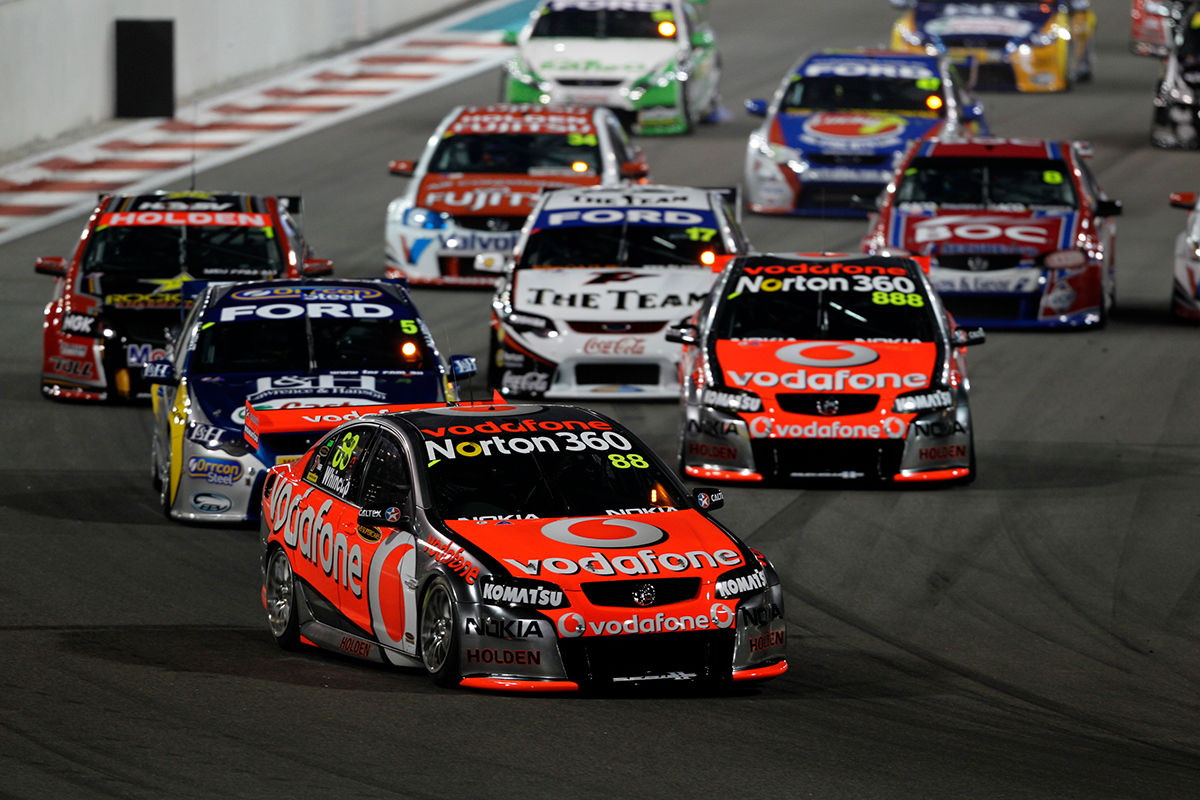 Having pitted during both Safety Car periods, Courtney managed to seize track position, although fuel mileage remained a concern.

Whincup stopped from the lead under the first Safety Car along with Mark Winterbottom, who had moved into second after overtaking Lowndes at the start.

Winterbottom managed to jump Whincup, before an error at the final corner at the restart opened the door for the #88 TeamVodafone Commodore to regain the lead.

Just 13 laps later, the Safety Car was deployed again when Lowndes careened into an unsuspecting Russell Ingall while attempting an overtake on Alex Davison.

Whincup made a late dive into the lane, as did Winterbottom. However, the latter copped a costly drive-through penalty for crossing the merging line.

On the restart, Courtney led from Fabian Coulthard, with HRT gambling on the decision to refuel during the first Safety Car period. 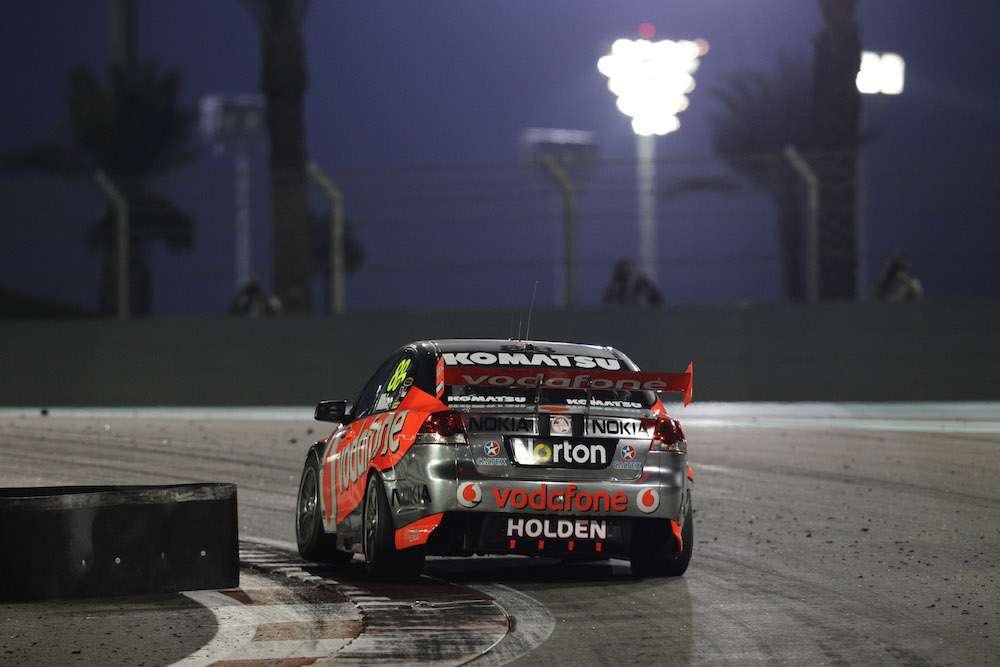 BJR's Jason Bright emerged as Courtney’s main challenger, having moved from fifth on the restart to second with nine laps remaining.

As the lap counter ticked down, HRT knew its man was in trouble. With five laps remaining, Courtney was forced into fuel-save mode. Facing no such issues, Bright remained on the attack and moved for the lead with three laps to go.

There was no greater chance for Courtney to immediately stamp his authority on the category as reigning champion. Under immense pressure, he defied Bright time and again, with the pair changing the lead three times over three corners.

The end margin between the two was just 0.607 seconds, and Courtney had signalled his intention to defend the 2010 title he had worked so hard to win.

Incredibly, the #1 had less than 300 millilitres of fuel left in the tank when Courtney returned to pit lane.

"It would have to be my greatest win," Courtney beamed after the race. "I was trying to conserve fuel, short-shifting and going real easy.

"But then Bright came at me. I didn't know if I had the fuel left to race him but my natural instincts took over and I went for it. Brighty got past me and I put the foot down and got him back.

"I was on the reserve tank for the final three laps and couldn't get power down the straight. It was a miracle we got home."

Surviving to win 22 laps on a tank of fuel, it marked one of the category's great get-out-of-jail efforts, and Bright was disappointed he couldn’t pull off a win for himself and his team.

"I thought we had James," the Team BOC driver lamented. "I had to do a fair bit to catch him, and then when I got in front, I didn't have the drive left to keep him at bay."

Whincup finished third, putting an end to his unbeaten streak at the Yas Marina Circuit. It would be his only defeat in seven races at the Abu Dhabi venue. 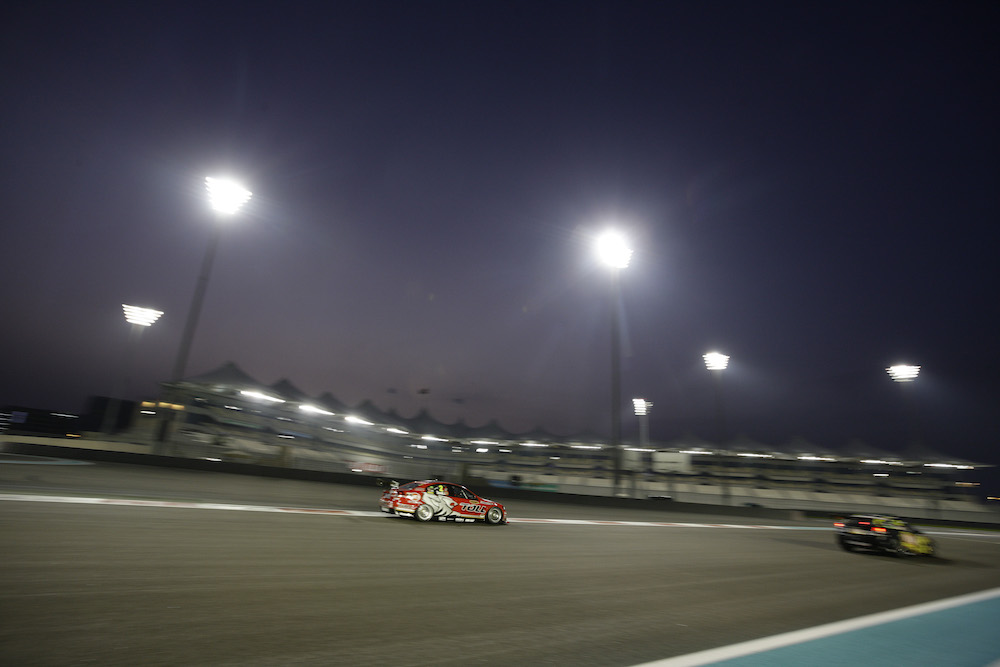 Courtney wouldn’t win a race for the team for another two-and-a-half years, and finished no better than sixth in the championship in his nine-year stint with the Clayton squad.

However, when recalling the Abu Dhabi victory some years later, the now-Tickford driver remained firm in the belief that the stunning win affirmed his high-profile defection.

"It was my first weekend with HRT, the day before was a shocker," he said ahead of Supercars' return to night racing in Sydney in 2018.

"It was a mad event and that race was really, really tricky and we played a huge gamble with strategy.

"I had to save fuel like crazy towards the end and managed to hold off Brighty to win it.

"It was was a pretty special weekend, being that it was my first weekend with HRT and I was the current champion.

"To get that win really cemented the decision of changing teams."