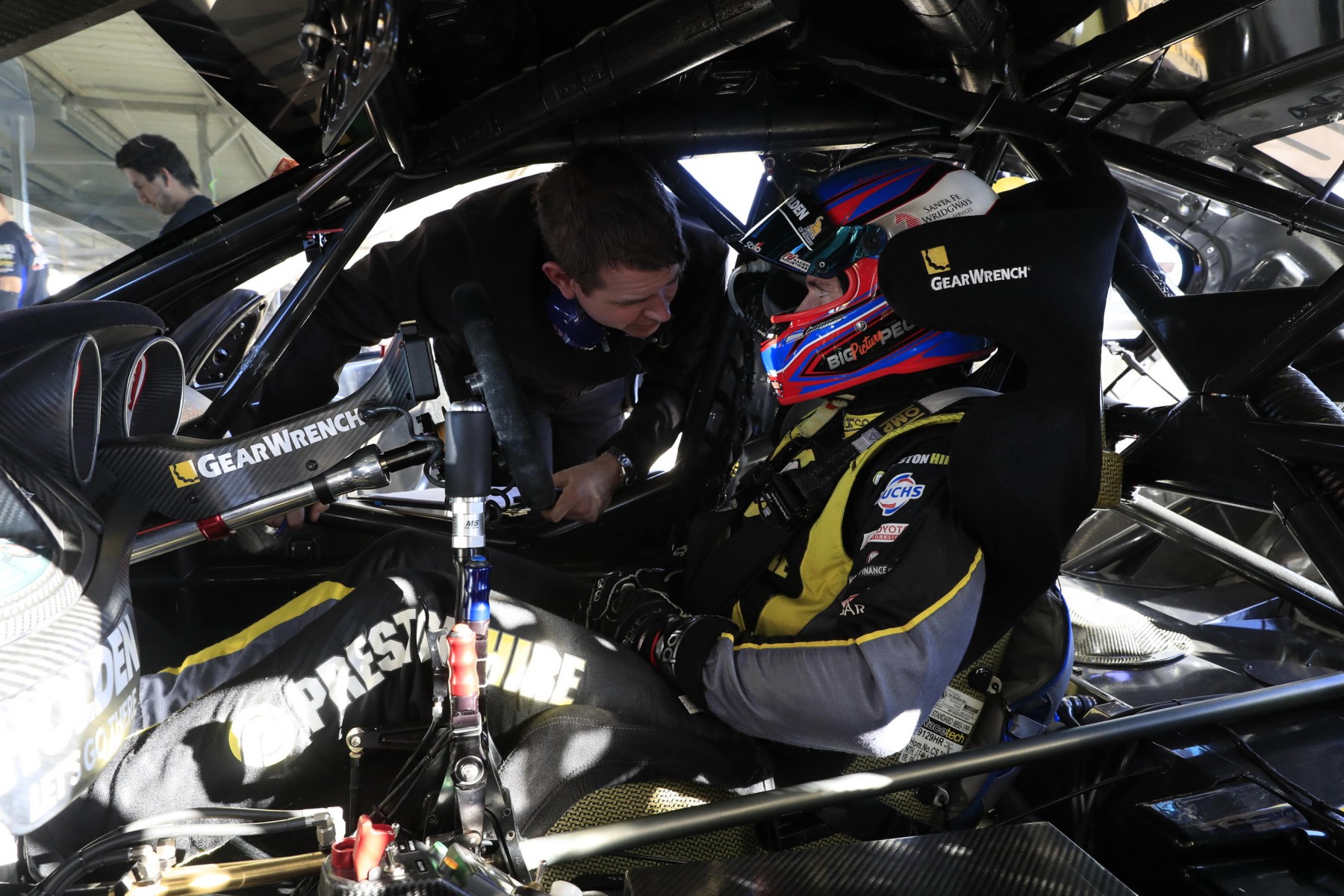 The Charlie Schwerkolt-owned single car outfit is new for 2016, and has been buoyed by three top six qualifying efforts this season, though there is plenty to learn about the Triple Eight car.

Yesterday reaffirmed Holdsworth’s confidence, though the 33-year old was already positive about next round Darwin after a strong Winton performance marred only by a driveline failure in Sunday’s race.

“It was really valuable to get some laps in Jamie’s car and feel the differences between the two chassis and see the way they go about achieving their speed in the car,” Holdsworth told supercars.com.

“The biggest thing for me was to be able to jump into that car and have [#88 engineer David] Cauchi engineer it.

“I got 10 timed laps, five runs and they were able to tune the car to my feedback.

“The tools they use to tune are very similar to the way we tune our car as well … so it was a good confirmation for us and a confidence booster that we are going in the right direction.”

Whincup and Cauchi were on hand at Preston Hire Racing’s recent Winton test day, and the continuity of working with the same pair from the Triple Eight stable was valuable.

The #18 is an older specification car, but that didn’t factor in yesterday. Triple Eight was testing various components, and Holdsworth was not able to steer both cars back-to-back in the conditions, which he said made it difficult to compare.

One of the key differences was not the car but the way the team was able to work through its program.

“They’ve got so many staff compared to us – the changes they can do in a quarter of the time that we can, because they’ve got the resources. To see how many changes they can get through in a short amount of time is pretty impressive,” Holdsworth said.

“There were things we probably wouldn’t dream about doing at our own test day because they would take so long.

“To get through the list of changes they have in the time they have is probably a clear indication of why they’re so fast with developing and evolving their car.

“Their cars change so much from year to year and you can see why."

Triple Eight boss Mark Dutton was pleased with his team’s progress and that they could squeeze so much time in for Holdsworth.

“It was really good to be able to give them a steer of the car, quite often at the test day you get so involved with your schedule it can easily get written out,” he said.

“Cauchi did a fantastic job to manage his day and to give them as much time as he did. They were really appreciative and they were good to have around; they’re all good people.”

He said running three cars was “night and day better” for the Triple Eight squad as it looks for more speed and a better base setup.